Week 38 pregnancy update and blowing up the Stalin monument

Week 38 of pregnancy and we have installed ourselves here in Prague, it is here that we have decided to welcome our child. We are almost prepared for the coming birth, so we now have to plan small adventures or things to do so we don’t end up spending our days just waiting for the birthing to start.
We love Prague – the nature, the bitcoin-friendly atmosphere and the nice food cultures here, so we try to keep ourselves occupied, but within Ulrika’s energy level. Her energy level has really sunken this week, but more about being week 38 pregnant below. 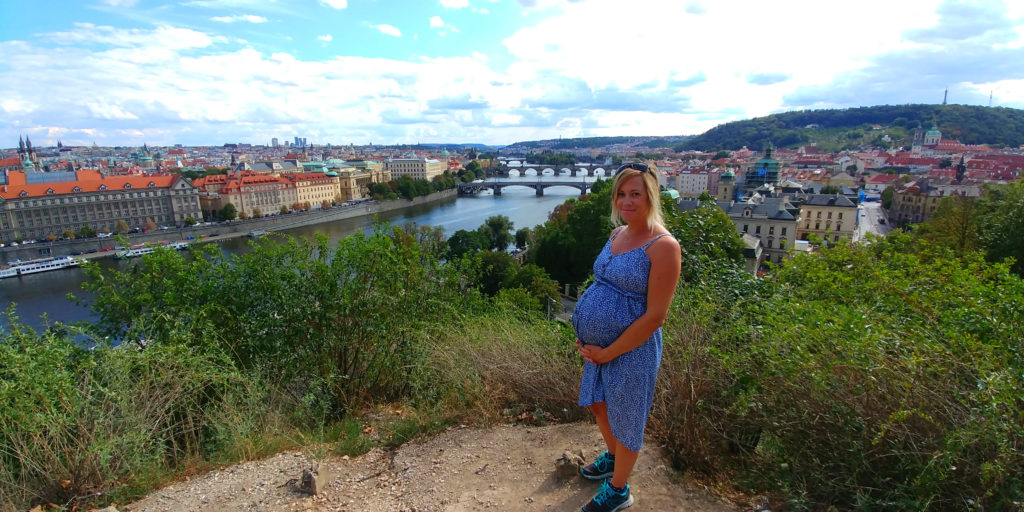 Week 38 of pregnancy and here we are in the Letna Park getting a nice view over a few of the bridges of Prague. Ulrika is trying not to fall in to the period of waiting, so we try to do small adventures those days Ulrika is feeling less tired. 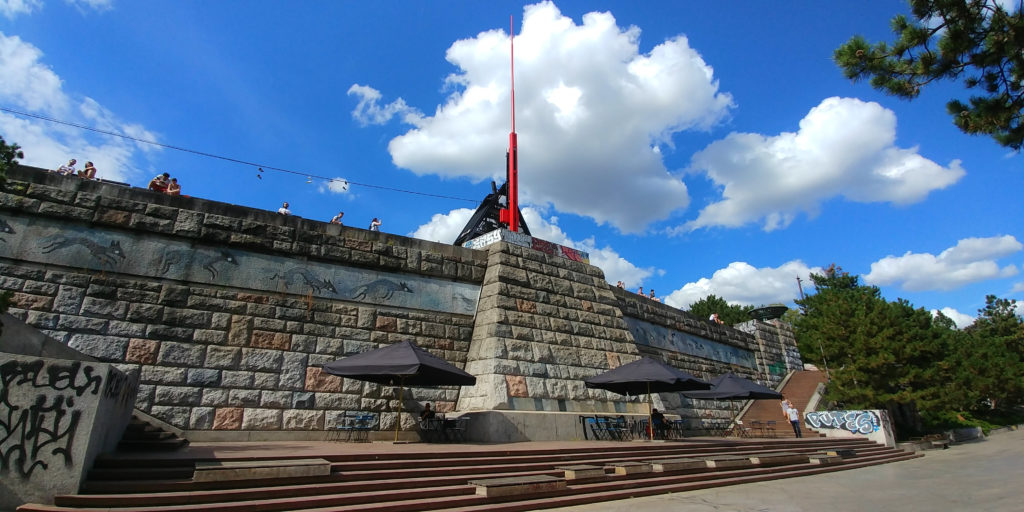 There is a metronom, usually swinging from side to side, now standing in the middle of Letna Park after they blew up a 15 meter tall Stalin monument in 1962. 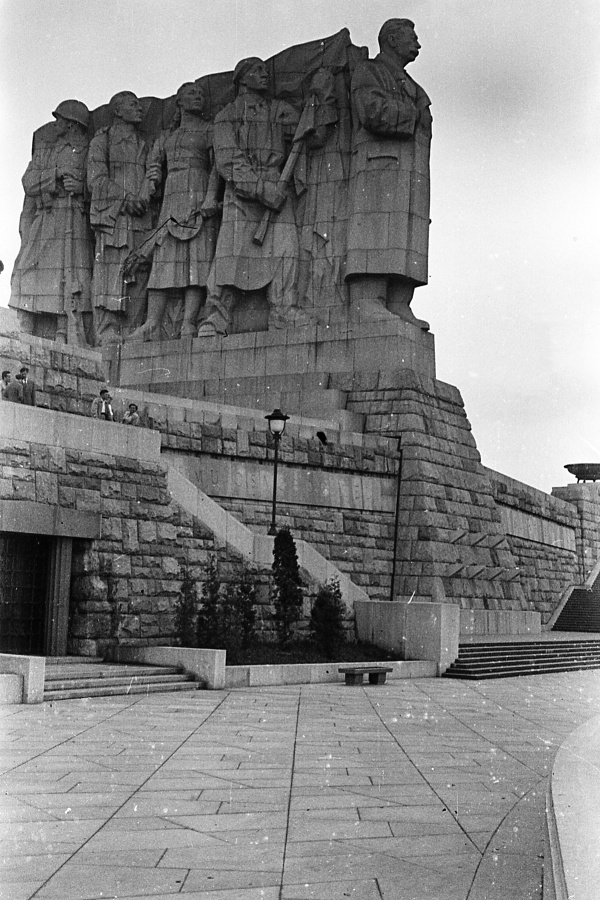 The Stalin monument during Czech Communism’s glory days. This is one of the reasons why we like the Czech Republic so much. A lot of people still remember those days and do not want to go back there. (Picture from Wiki Commons)

So Ulrika entered week 38 of pregnancy and we decided to go skin deep to document this pregnancy. Ulrika feels strong and beautiful, but a special form of fatigue has hit her. The scale says that she has gained 16 kg (35 pounds), but she doesn’t feel heavy yet. Her extremities, mostly her feet, have started to swell, but the blood pressure is good.  Baby’s heartbeat sounded healthy at our week 38 appointment with our midwife and the baby’s head is now in a downward position, but not quite fixated yet. We see our midwife once a week now the last couple of weeks before the calculated date of birth (September 3rd). 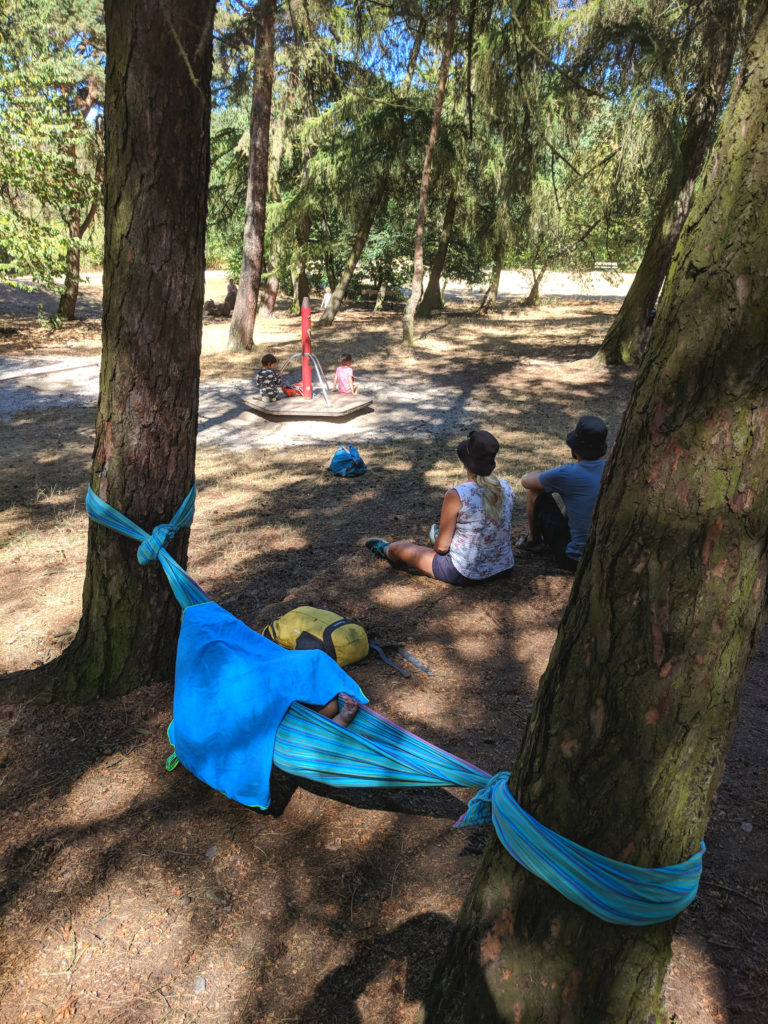 We don’t want to end up in a bubble of just waiting for our daughter’s arrival, then it is going to feel like forever before she is here, so we are fortunate to have our friends here, the King family. (Picture by: Caroline King). 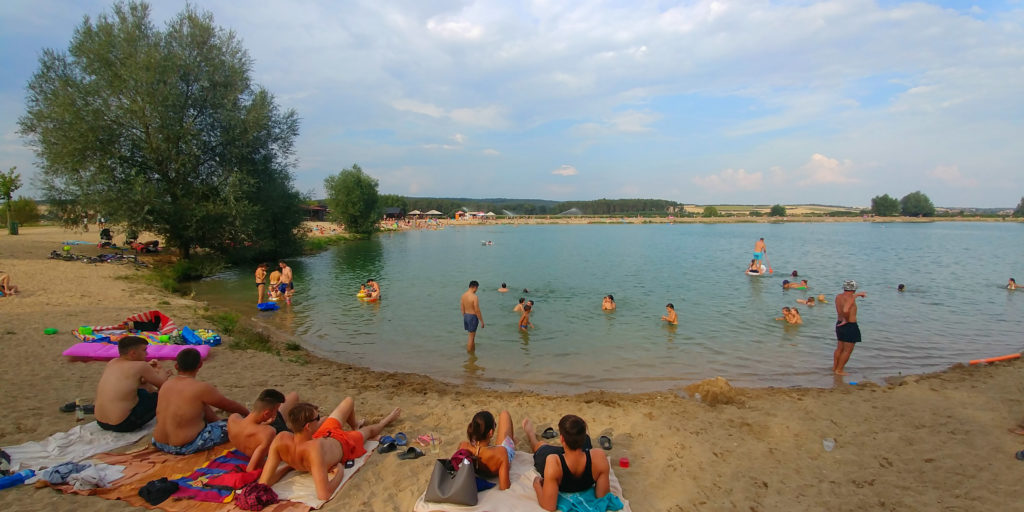 Prague doesn’t have a lot of natural lakes, so man-made lakes are the place to go if you want to cool off during hot summer days. The temperature has been insane here in Prague as well, most days reaching temperatures over 35C. 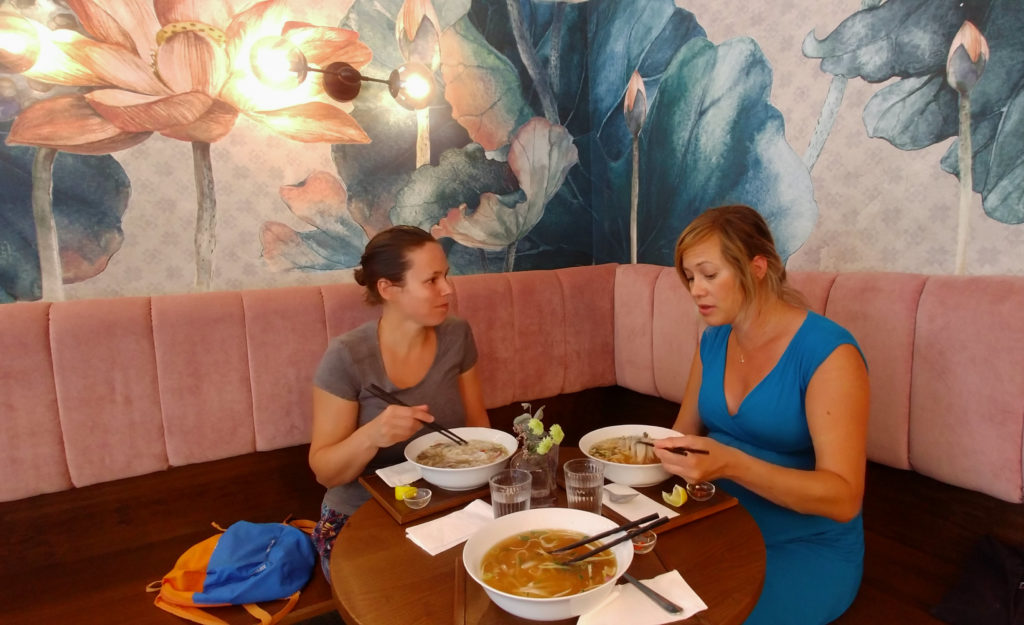 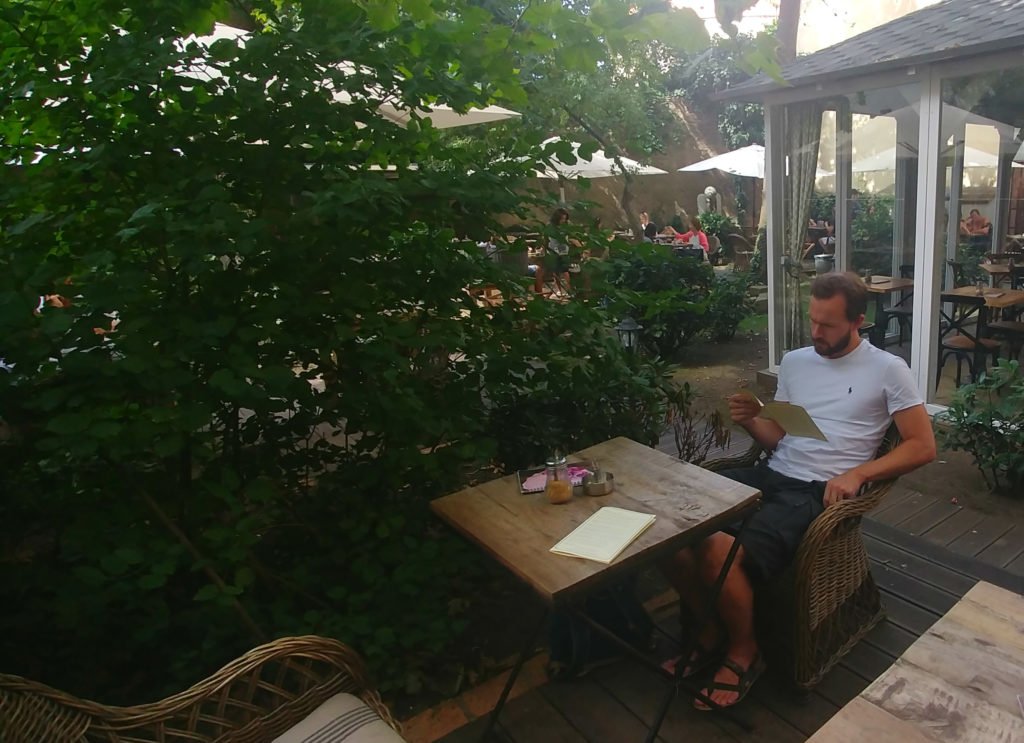 Our midwife is located right in the middle of the tourist parts of Prague, so it can be hard to find nice food places, but our midwife told us about a lovely restaurant (Styl&Interier) in her neighborhood, which was hidden away in a back yard, where we could have lunch after a long appointment with her. 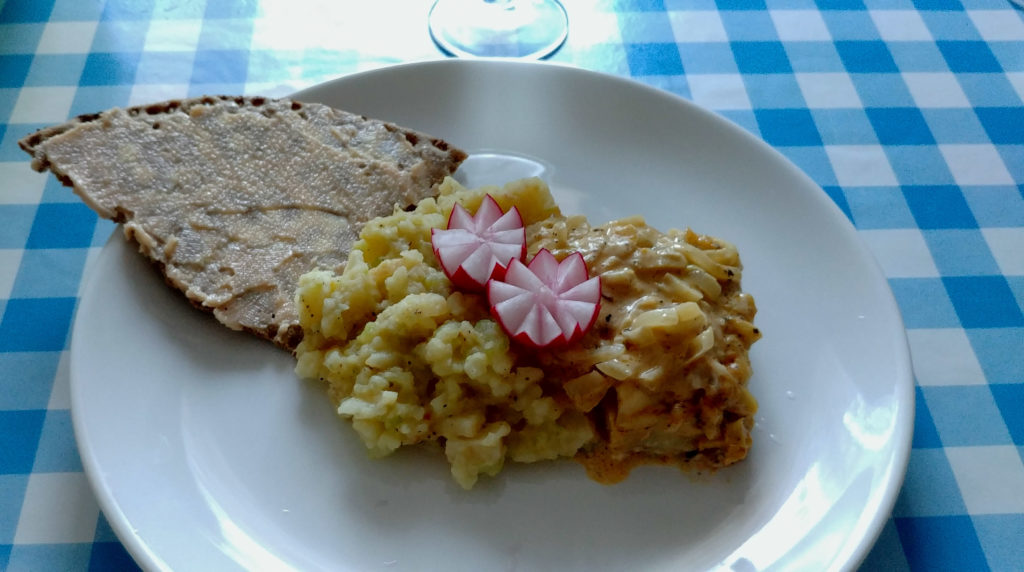 But mostly, we cook our meals at home and there are those little things Ulrika appreciates, like when Pontus has decorated our dinner (mashed turnips with fish in oven) with nicely cut out flowers made from a radish. Or that we have an IKEA nearby where we can buy Kalles Kaviar and hard rye bread. 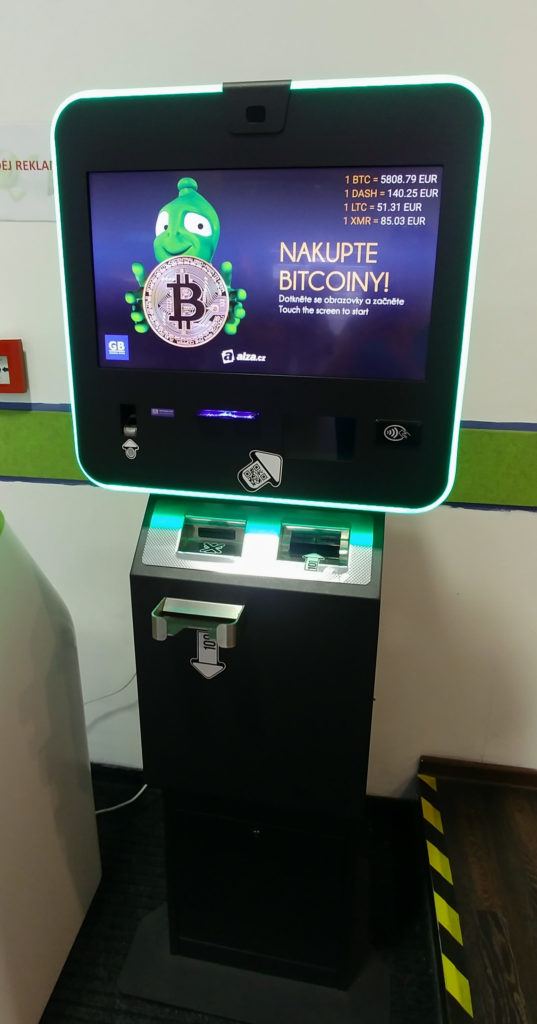 We have done the last shopping needed before the coming birth here in Prague. This is another thing we really like about Prague, it is really a bitcoin-friendly city. There are around 14 two-way bitcoin ATM’s  just in and around the Prague area, so it is easy to get the local currency if you can’t pay directly with bitcoin.

Here is a map showing the location of all btc ATM’s in and around Prague, both one- and two-ways, 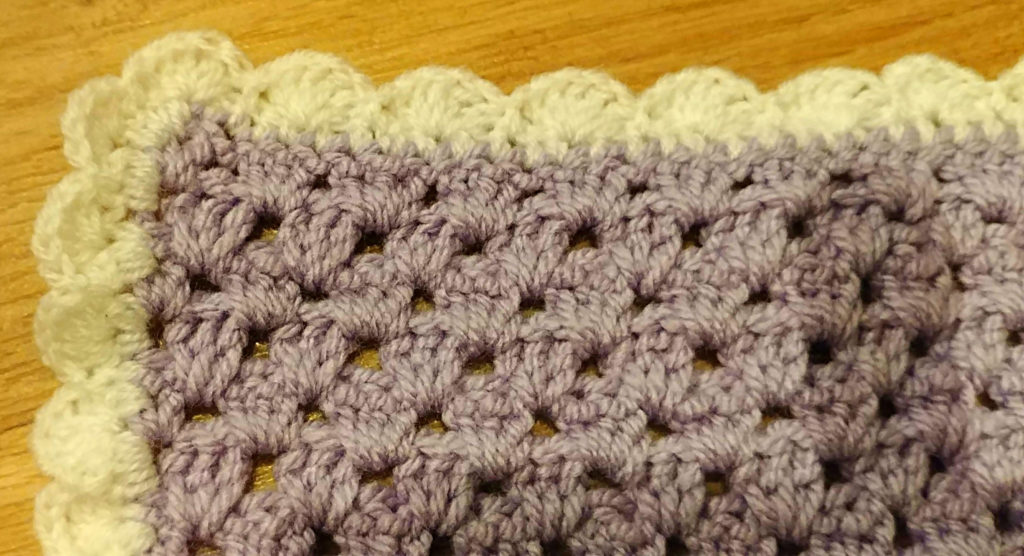 And some days Ulrika hasn’t even wanted to step outside, so she has finally finished her crochet project, creating a warm blanket for “det lilla livet”. Ulrika is not in to arts and crafts, and she hasn’t tried to crochet since the days of high school, but it is remarkable how much information you can get out of Youtube. Ulrika had an idea of what she wanted to create and five Youtube videos (and a number of hours crocheting) later “det lilla livet” now has a blanket.