The impressive Acropolis, one of the places we had on our bucket list, and now we had the opportunity to visit this historical landmark. We really love going to places off season. We had lovely weather, not too warm for us, and no crowds of sweaty tourists to be pushed around in. Tourist websites claim that  you can expect long queues to get in (two hours), but going here on a Sunday in January, like we did, was perfect – no queues whatsoever. We just went straight to the ticket office, which sells entrance tickets for half price during the winter season, as most museums in Athens do, and then we just walked straight up to the top. 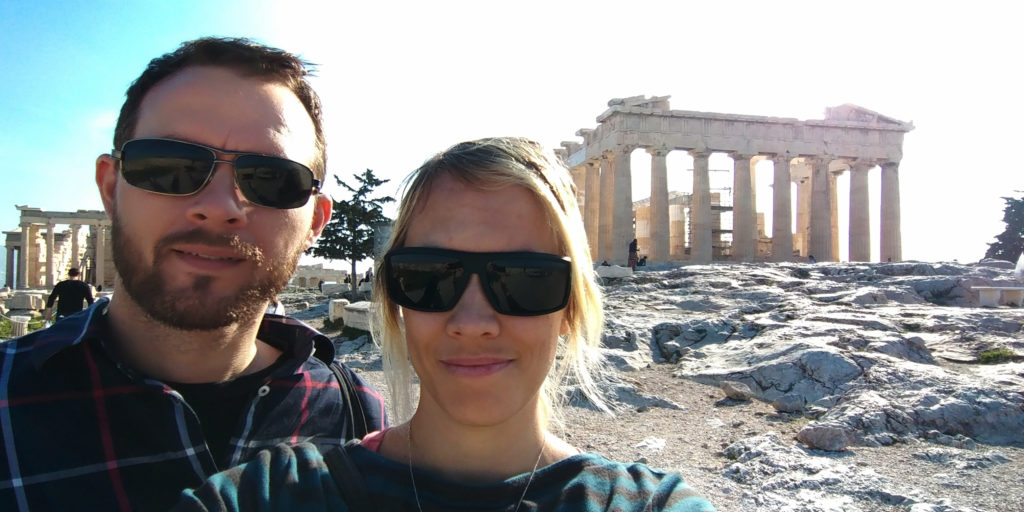 Finally here on top of Acropolis. Acropolis means highest, topmost or outermost city, and you’ll find Acropolis up on a hill surrounded by step cliffs, which was chosen for defense reasons. 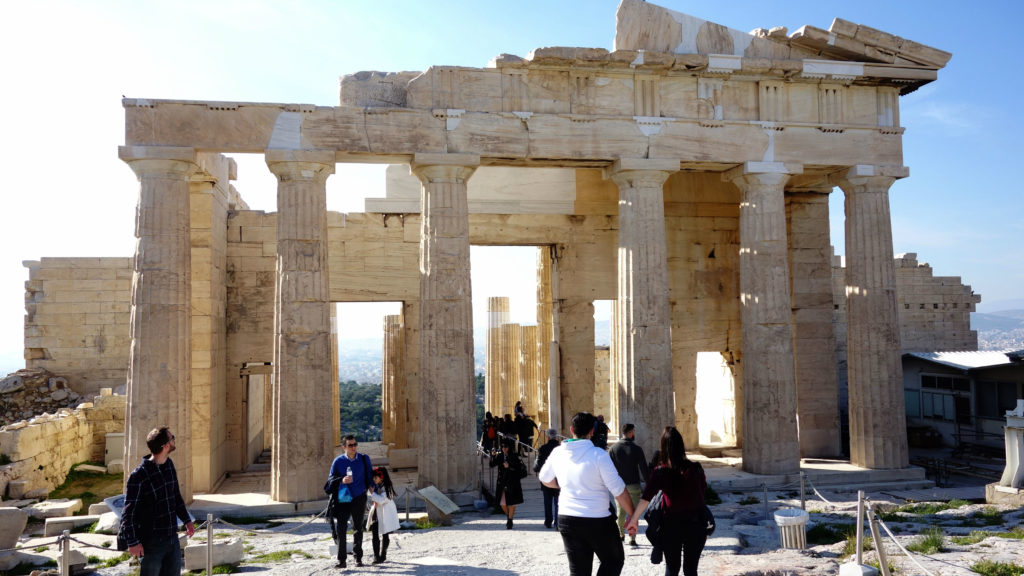 The gates we passed through to enter Acropolis. There are documents confirming that people have been living in the area since the 6th millennium BC, but most of the landmarks seen here today are from the times after 500 BC. 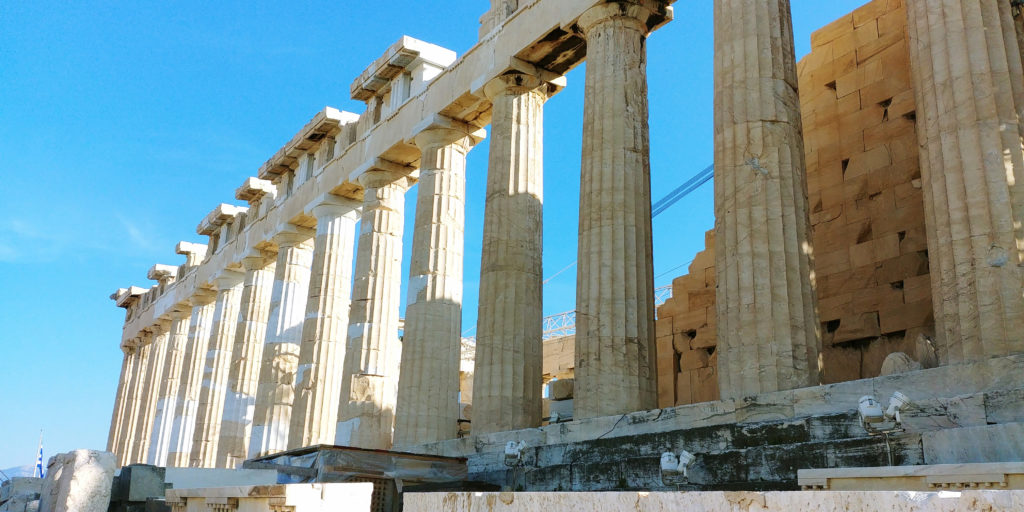 It is said that the most important surviving building of Classical Greece is the Parthenon, a former temple built in the honor of goddess Athena, which stood finished 438 BC. The Parthenon was turned into a Christian church in the 6th century AD, and became a mosque in the early 1460s after the Ottoman Empire took over Athens. It has survived earthquakes and bombs, with severe damage, but the Parthenon has been reconstructed. Today a major renovation is going on after a poorly performed restoration in the 19th century. 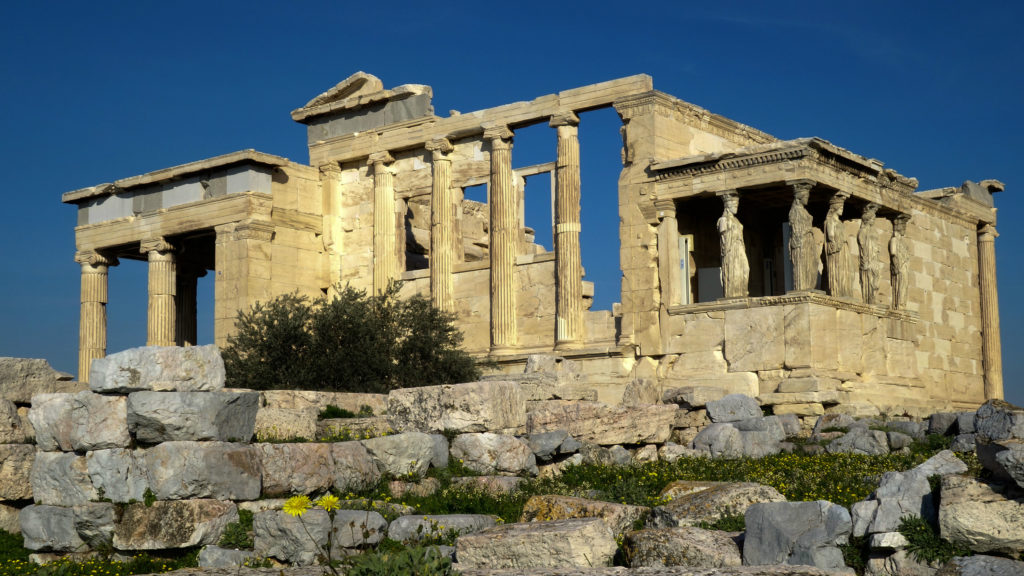 The Erechtheion is an ancient temple built between 421 and 406 BC and was dedicated to Athena and Poseidon. The temple contains holy relics for old time Athenians. The story goes that the marks inside the temple are from Poseidon’s trident and the sacred olive tree (in front of the temple in the picture) sprouted when Athena struck the rock with her spear when she won over Poseidon in their battle for Acropolis. 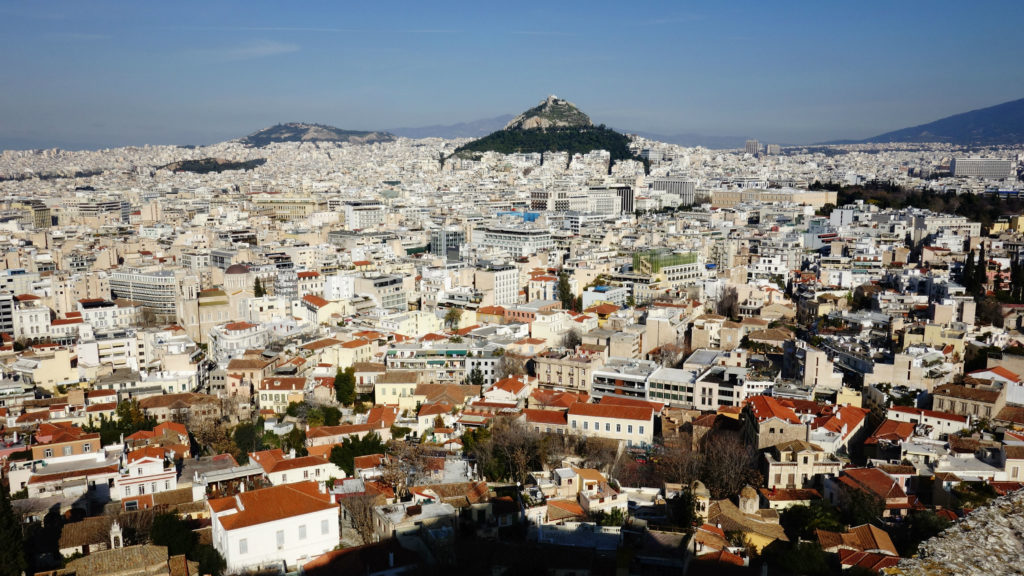 You get a good view of Lycabettus hill on top of Acropolis, which is said to be leftovers after the goddess Athena built the Acropolis cliff.

More about Lycabettus hill can be read here. 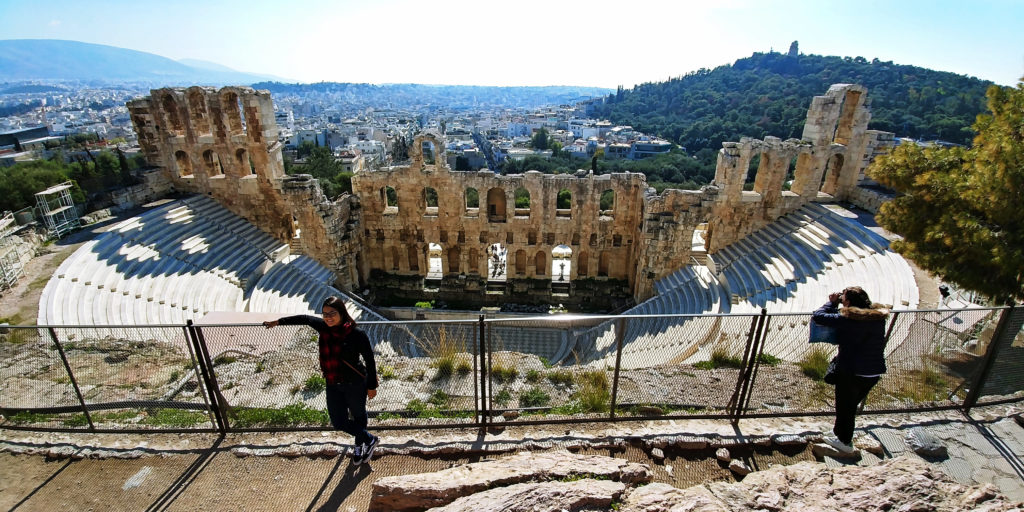 The Odeon of Herodes Atticus can be found on the south slope of Acropolis and it is an impressive stone theatre built in 161 AD (and renovated in 1950) by the Athenian magnate Herodes Atticus in memory of his wife Aspasia Annia Regilla. It had a capacity for 5,000 people. 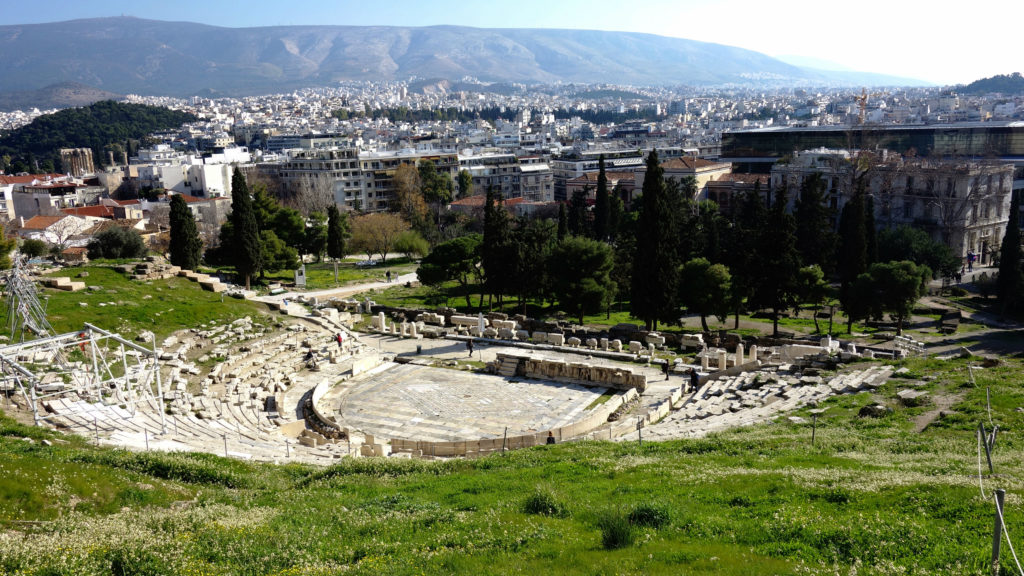 The Theatre of Dionysus Eleuthereus is a marble stone theatre built at the foot of the south cliff of Acropolis and it was the first theatre ever built dating back to the 6th century BC. The theatre was dedicated to Dionysus, the god of plays and wine. 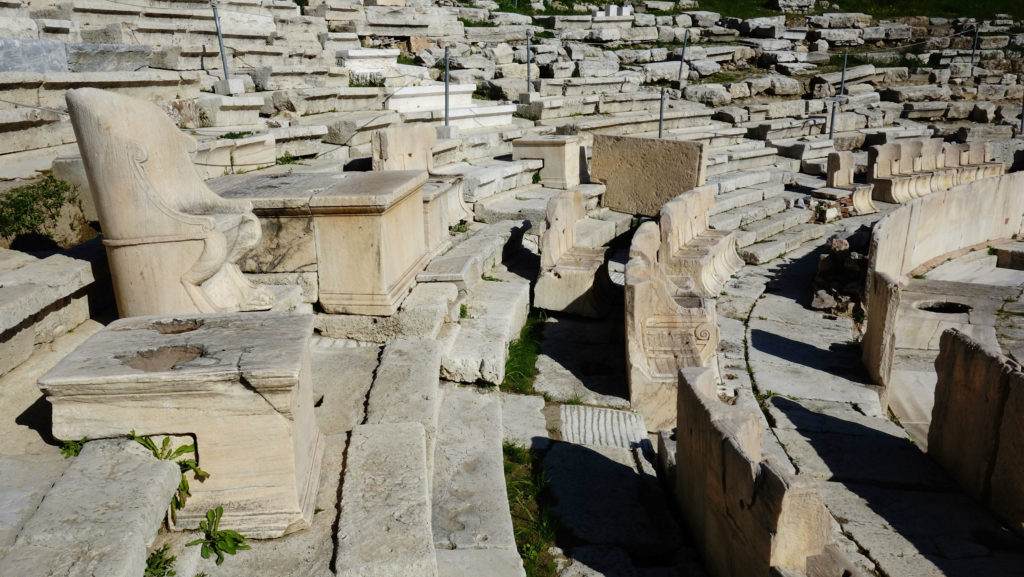 The ancient Athens’ biggest theatrical celebration, the Dionysia took place here. The Dionysia was a large festival in honor of the god Dionysus, where the central elements of the festival were a competition between dramatic tragedies. There was also a comedy competition category included in the festival from 487 BC . 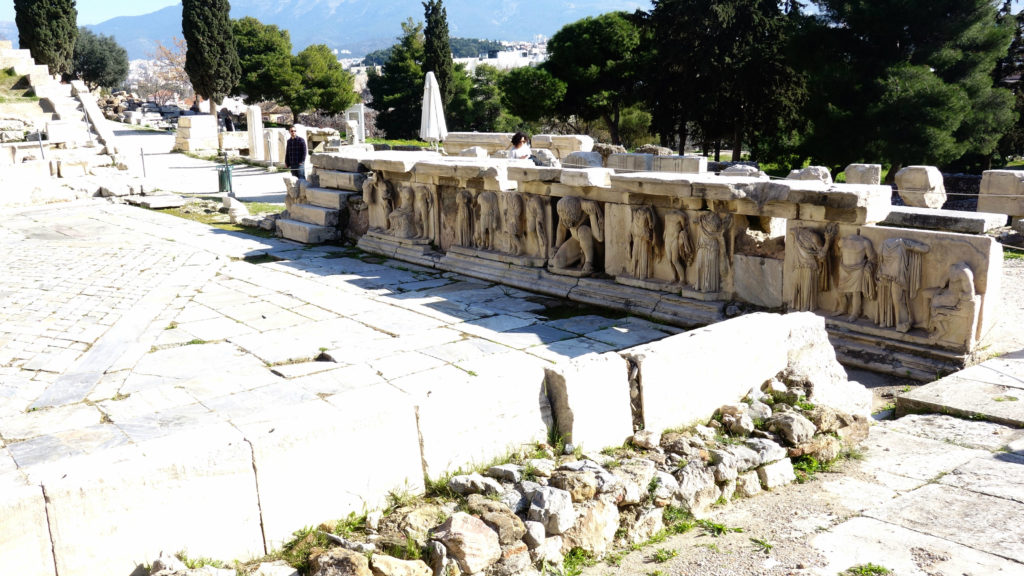 The theatre was supposedly the birthplace of Greek tragedy. 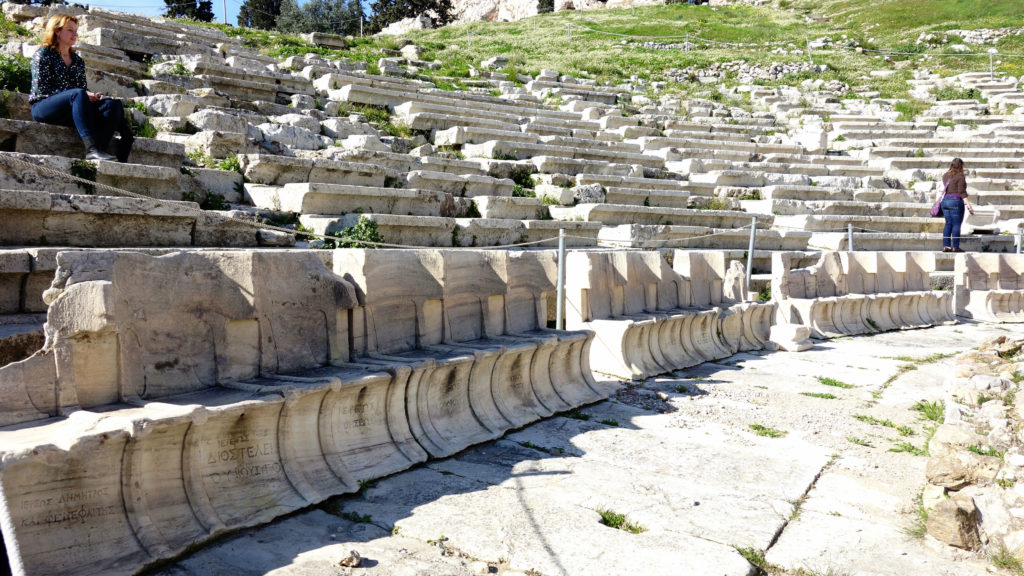 The theatre could seat as many as 17,000 people and the rumor says that the theatre had excellent acoustics. 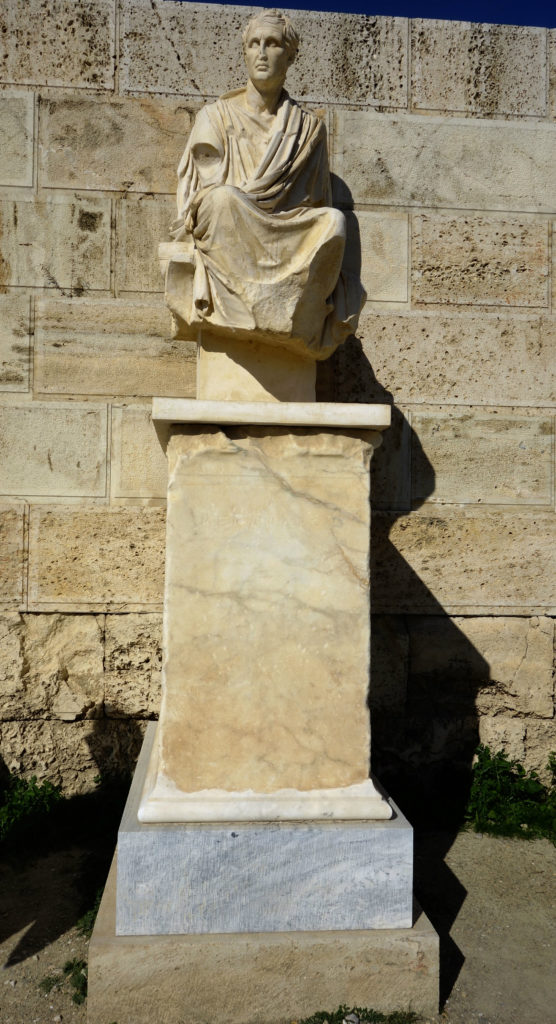 Among those who competed at the Dionysia festival and whose works have survived, were Aeschylus, Sophocles, Euripides, Aristophanes, and Menander. A replica of the statue of Menander stands next to the theatre today. 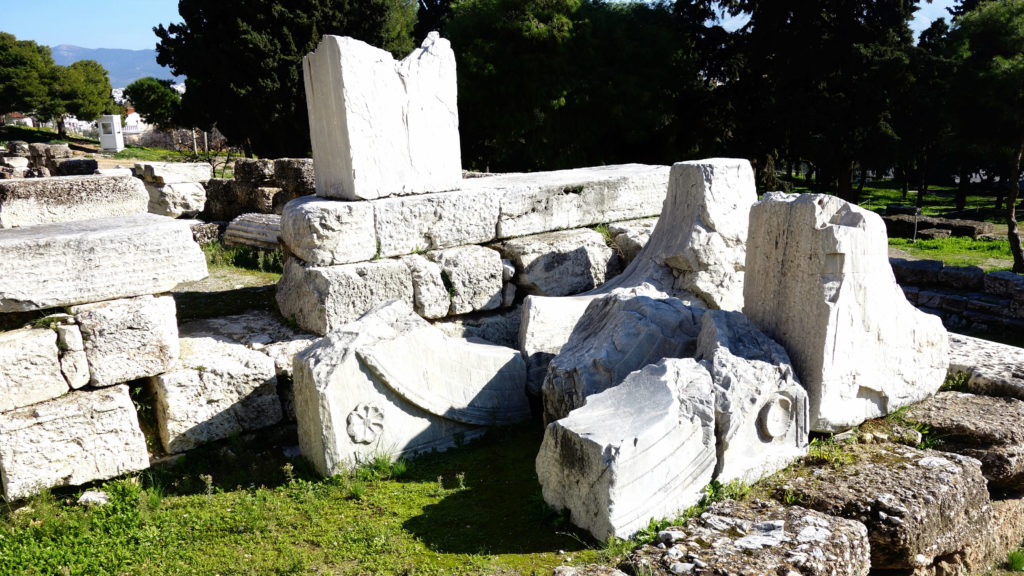 We found pieces of the old city here and there around the area. 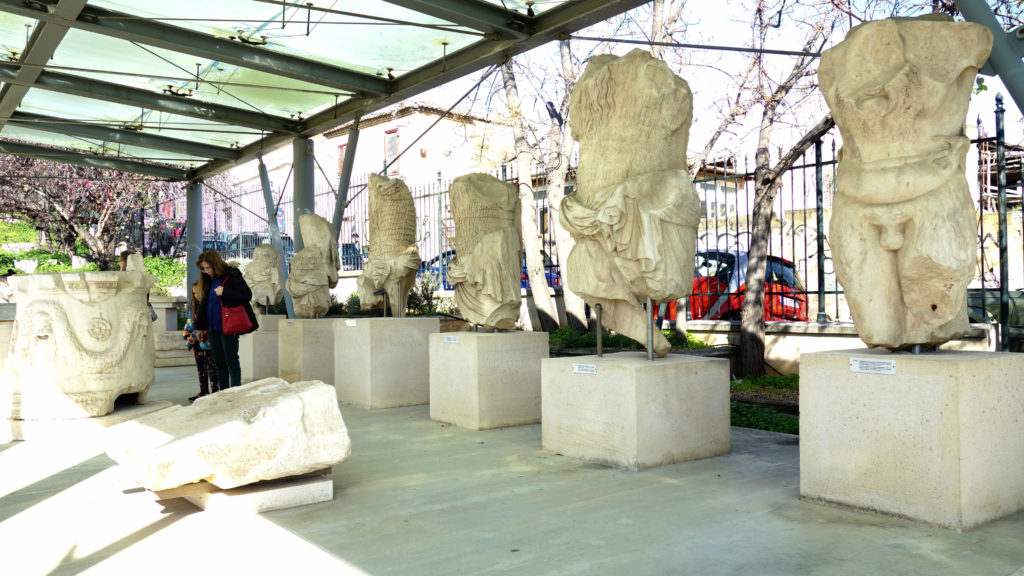 But most statues stand under roofs in designated areas of Acropolis. 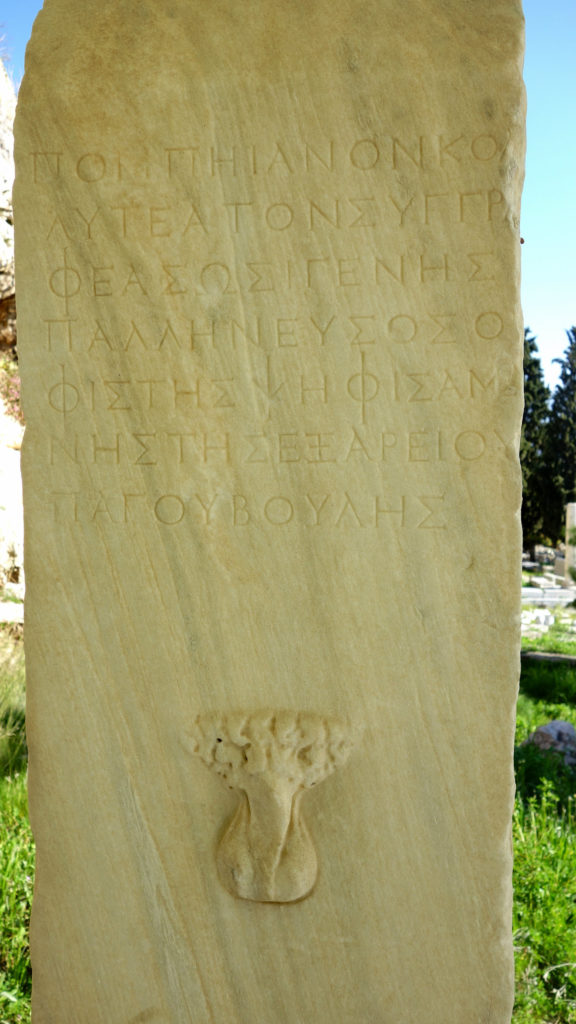 We had a lovely day at the Acropolis in Athens and we were glad that we had the possibility to come here and see this place with our own eyes. 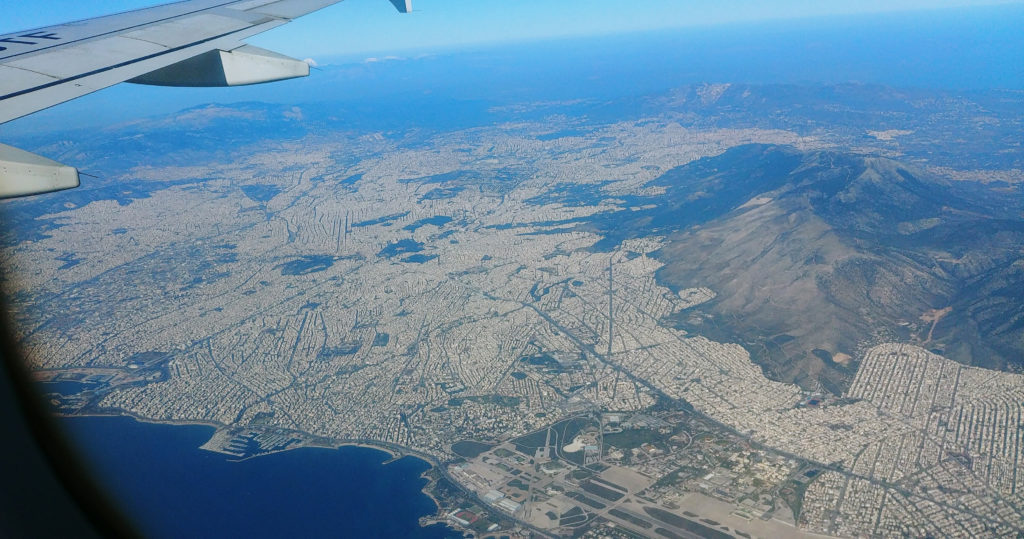 We said good bye to Athens and Greece and went to another Southern European country, Spain.