Athens, the Olympic Games and Chinese Technology and Science

Athens is one of the cities we have wanted to visit for its rich cultural heritage, so we decided to travel there after our time in Cyprus. We literally could breath western history and classical antiquity while we where here, but we where also surprised to find a whole museum dedicated to Chinese technological and scientific history. 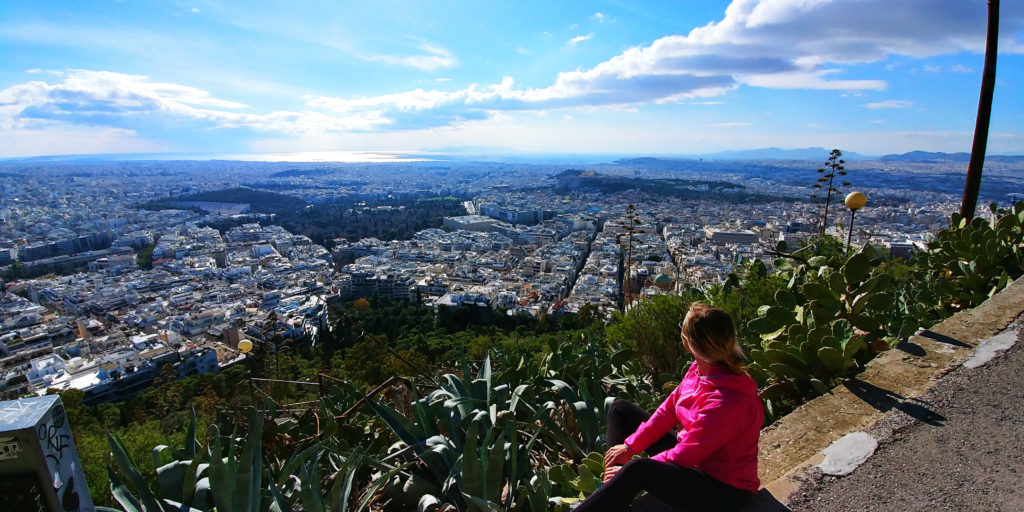 Next stop Greece and a chance to explore classical antiquity left standing in Athens. 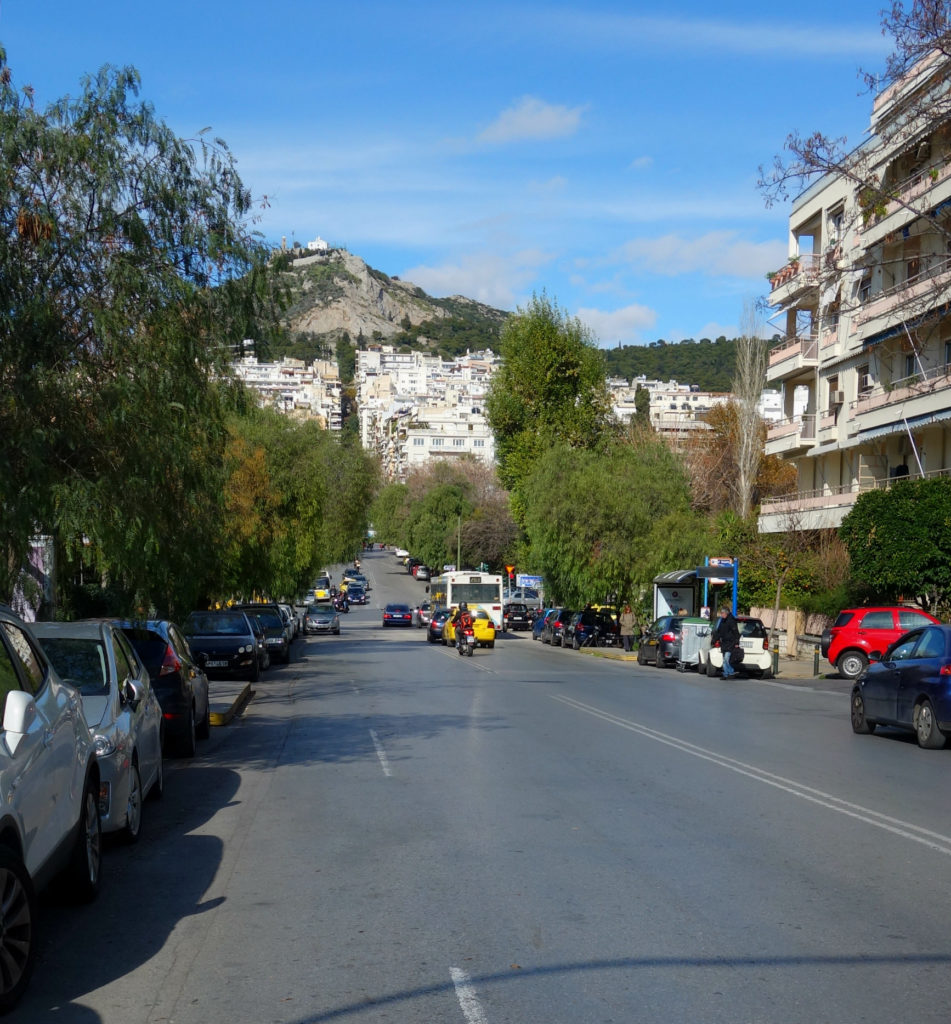 We wanted to see what Athens’s skyline looked like, so we went up on Lycabettus hill, a limestone hill that reaches 300 meters above sea level in the middle of Athens. 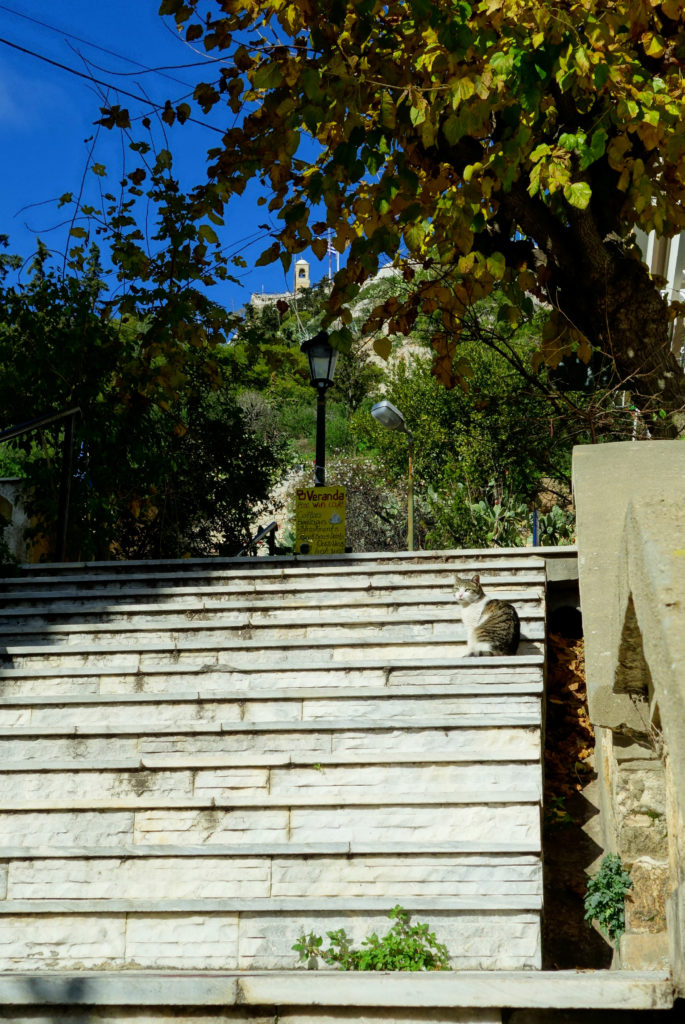 First we needed to climb up a few stairs. 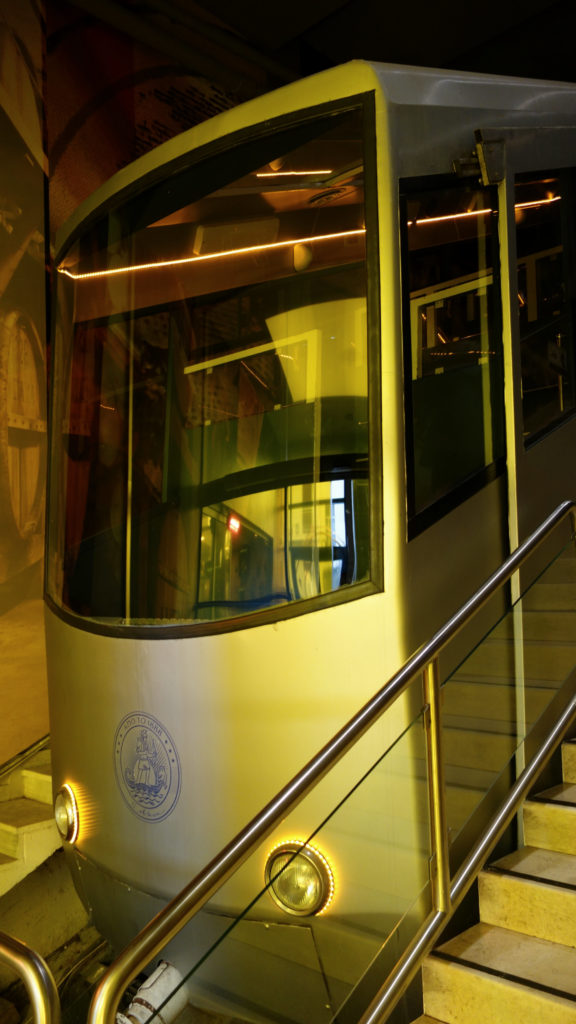 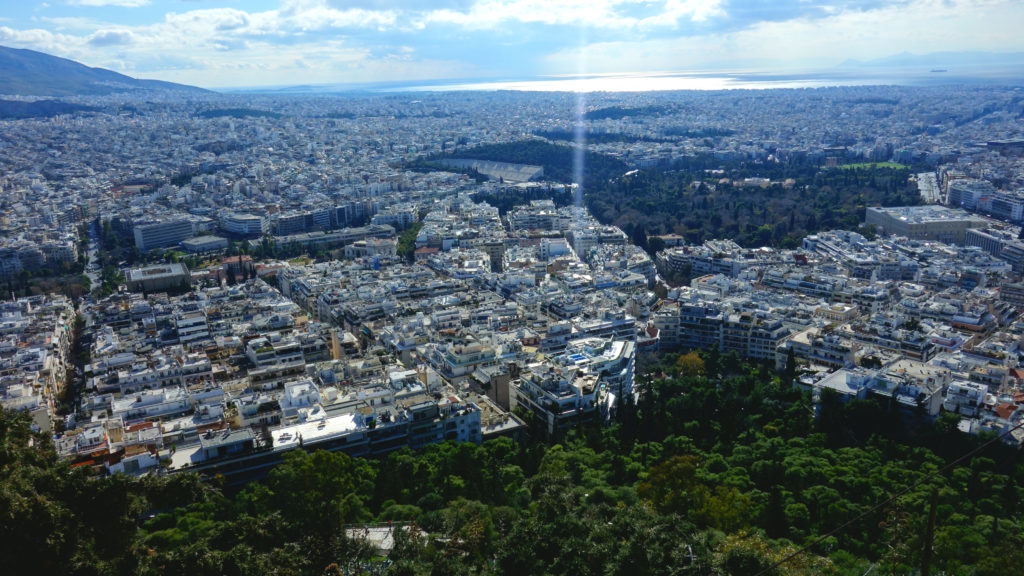 We got a great view from the top of Lycabettus. From here we could spot the Panathenaic Stadium where the first modern, international, summer olympic game was held in 1896, but the stadium is much older than that. 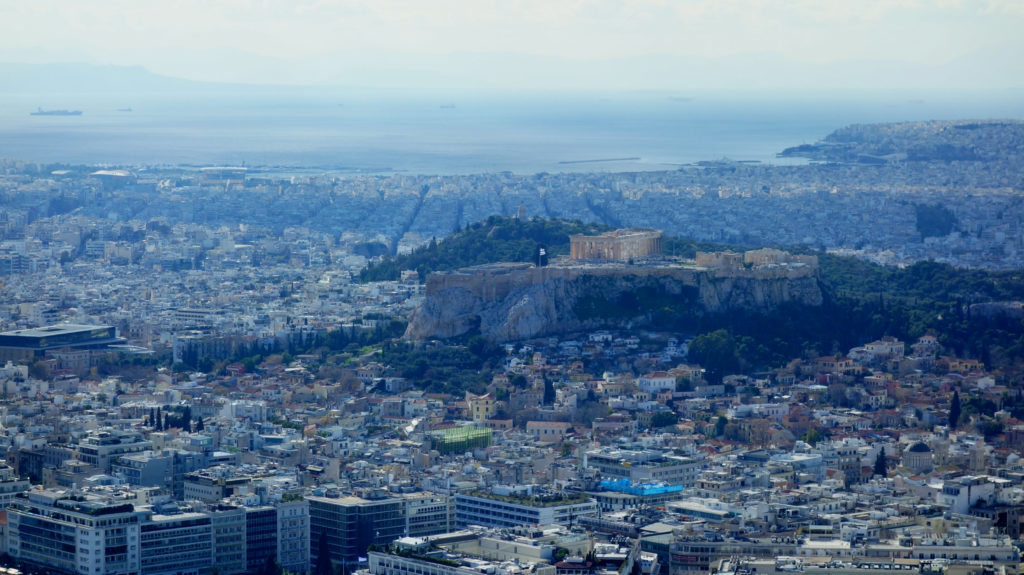 We could also see Acropolis. 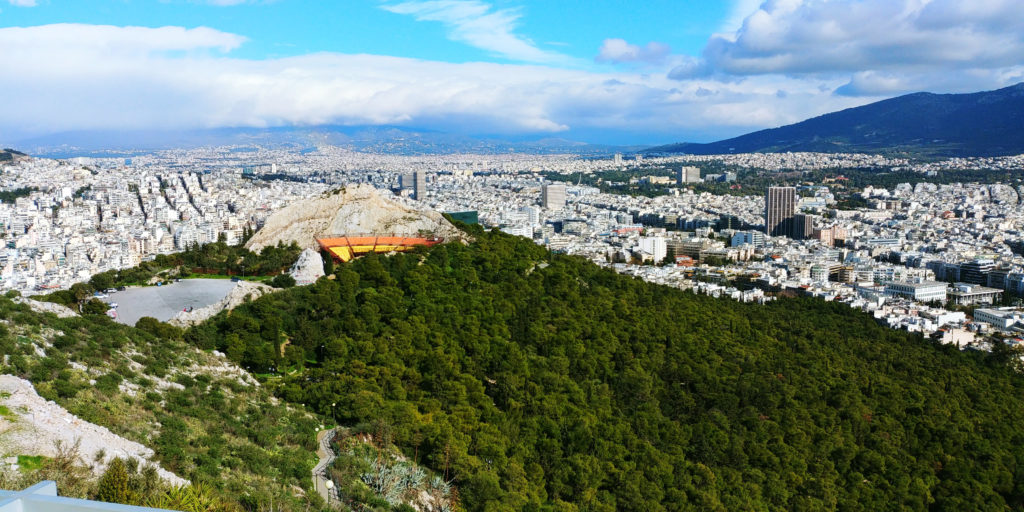 Greek mythology tells that Lycabettus hill was created when goddess Athena dropped a limestone mountain that she had been carrying from the Pallene peninsula for the construction of the Acropolis. 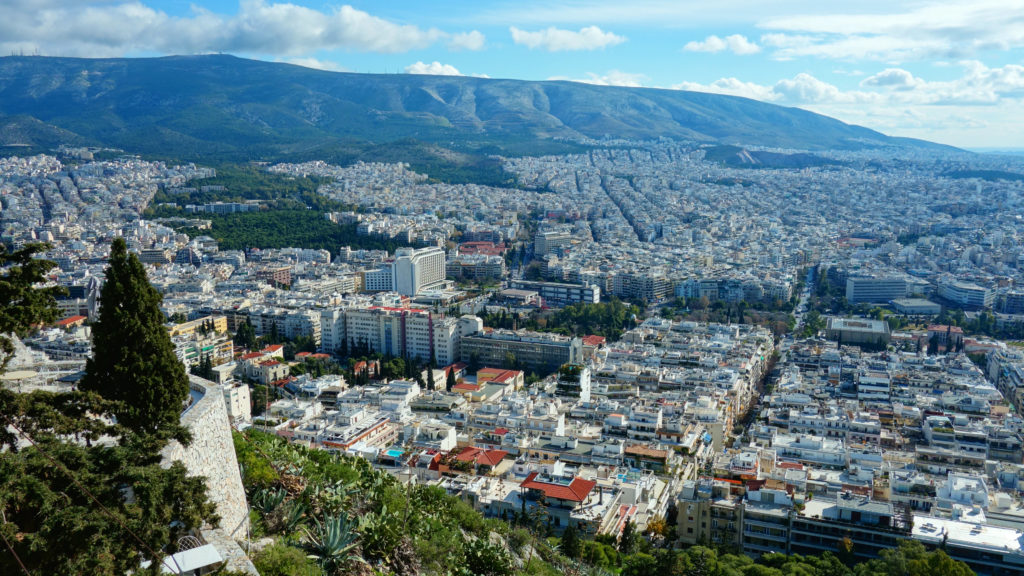 The impressive Hymettos mountain range in the east that separates Athens from Athens airport. The highest point reaches 1026 meters above sea level and it is one of four mountains surrounding Athens. 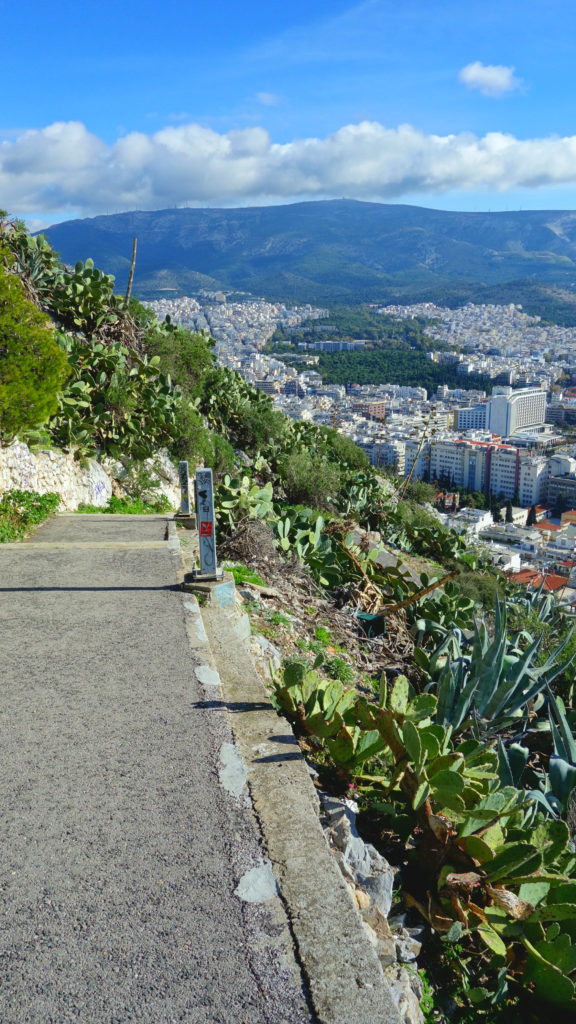 We took the walking option back down! 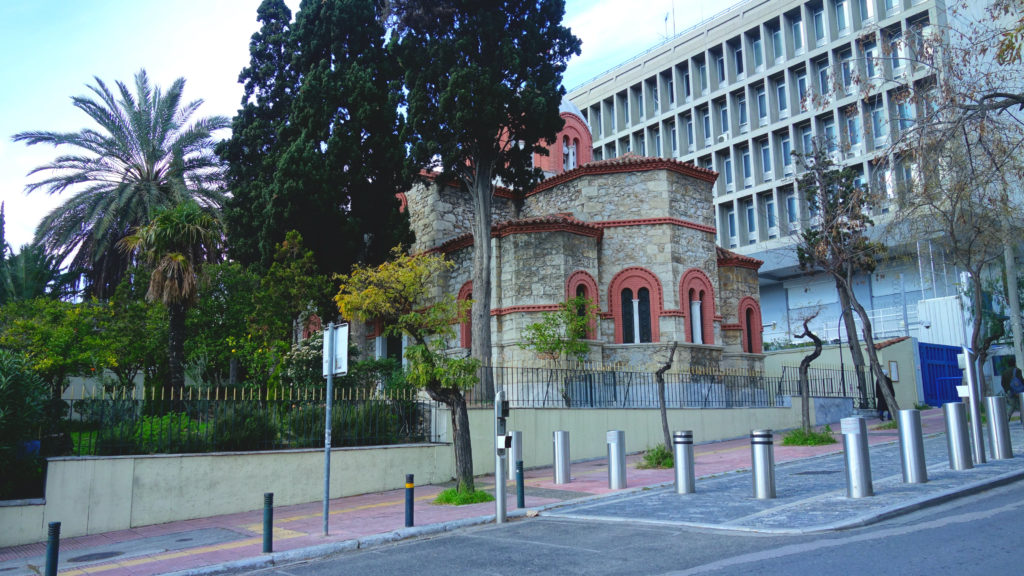 Back down to almost sea level and we found a lovely house hiding among the concrete buildings in the neighborhood. 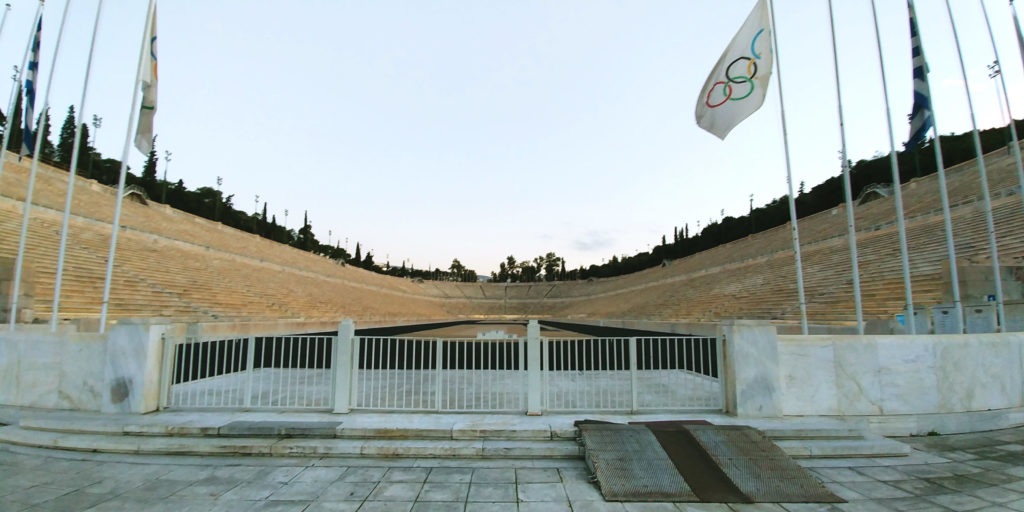 We passed the Panathenaic Stadium, the only stadium in the world built entirely of marble. It was here where the 1896 Summer Olympics, the first modern games, took place. 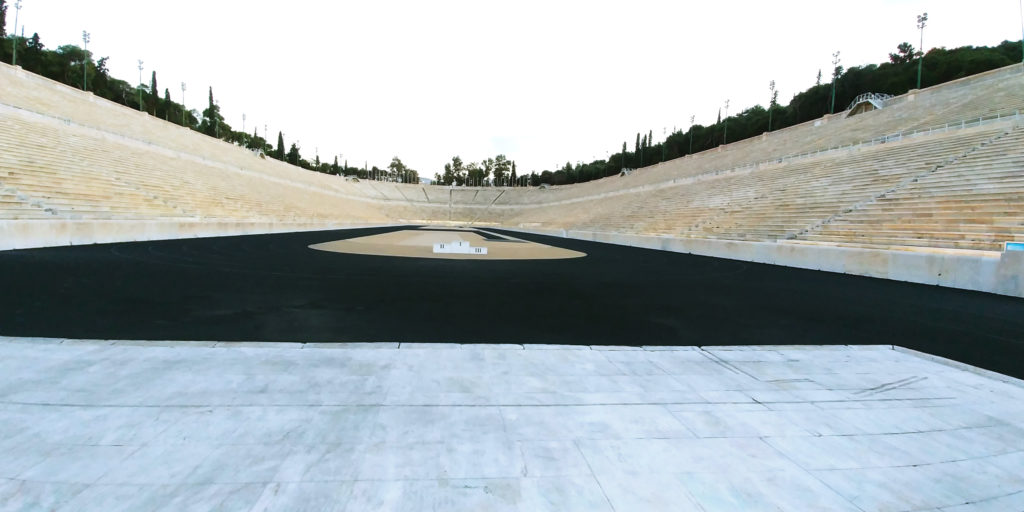 The first stadium on the site was built around 330 BC, but it was rebuilt in marble by the Athenian-Roman senator Herodes Atticus in 144 AD and the stadium had a capacity of 50,000 seats. The capacity around 1896 was 80,000. 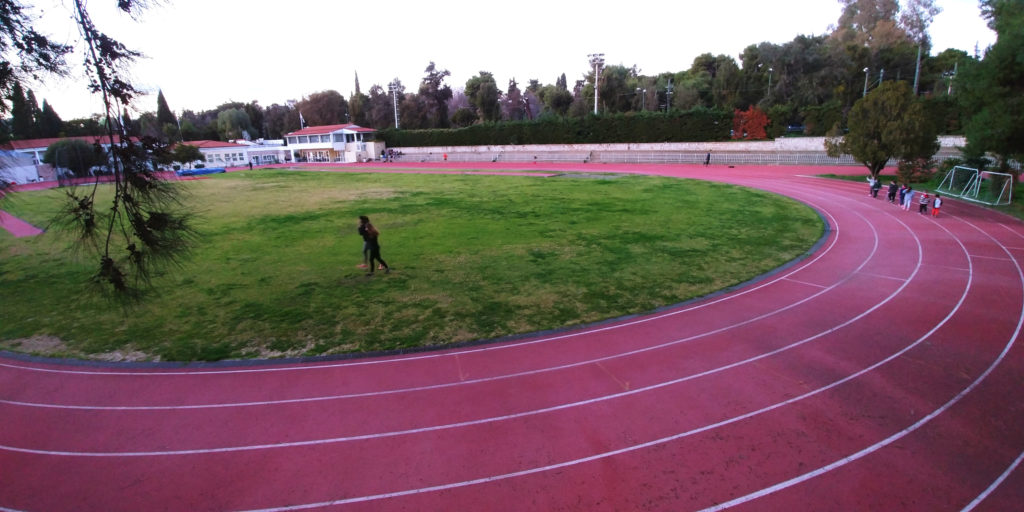 Athens is famous for the Olympic games and we found several athletic fields around the Panathenaic Stadium where children and adults were training in the middle of winter. 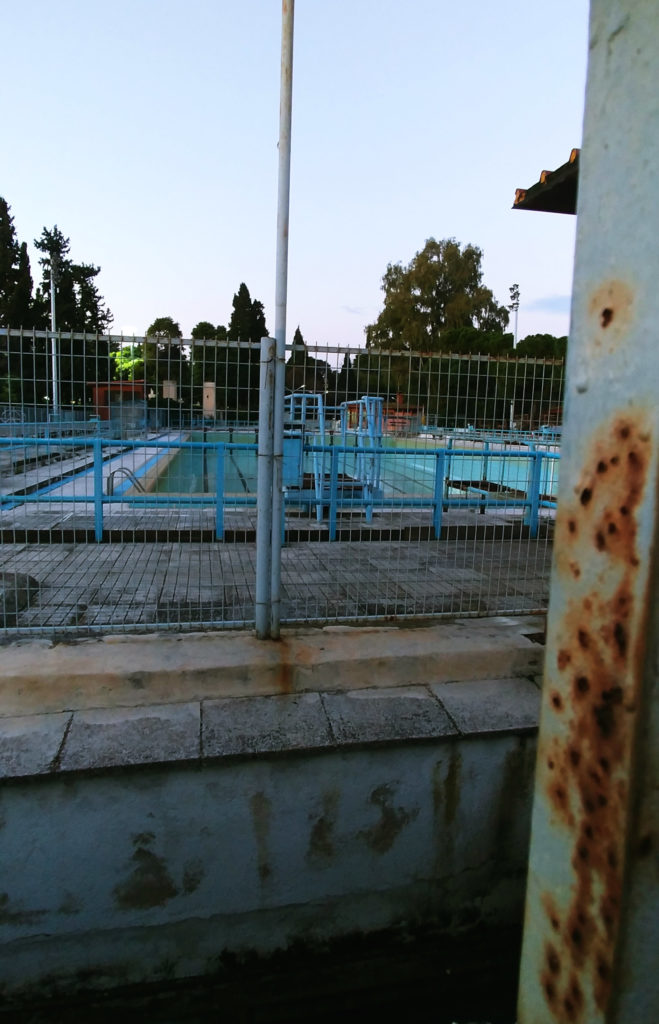 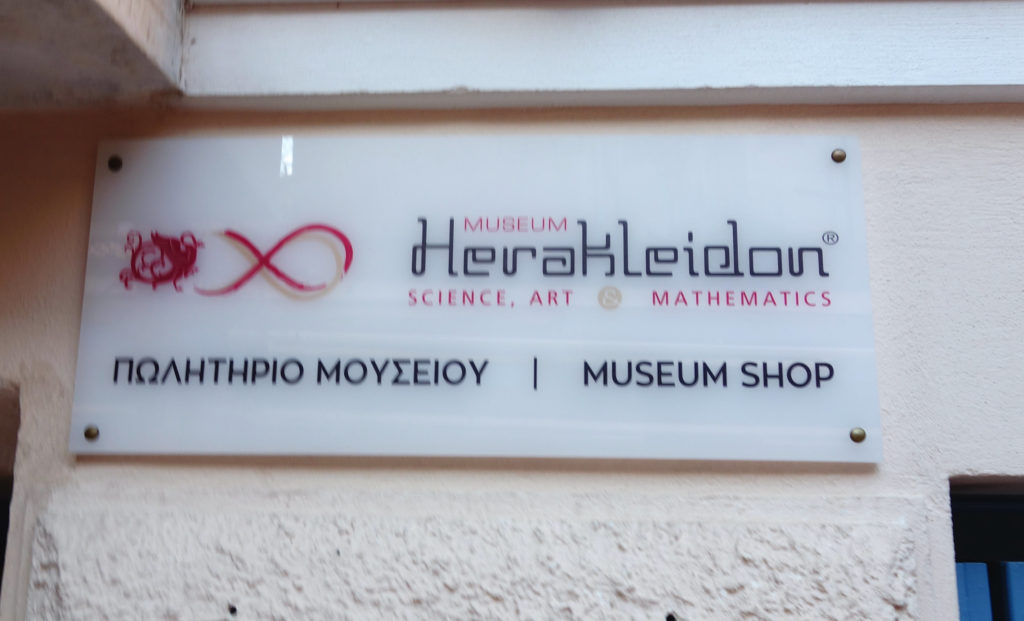 We went to Herakleidon, a Science, Art and Mathematics museum in Athens. We thought it would be about western history in those fields with a Chinese exhibition, but it was all about China and we loved to learn more about that part of the world. 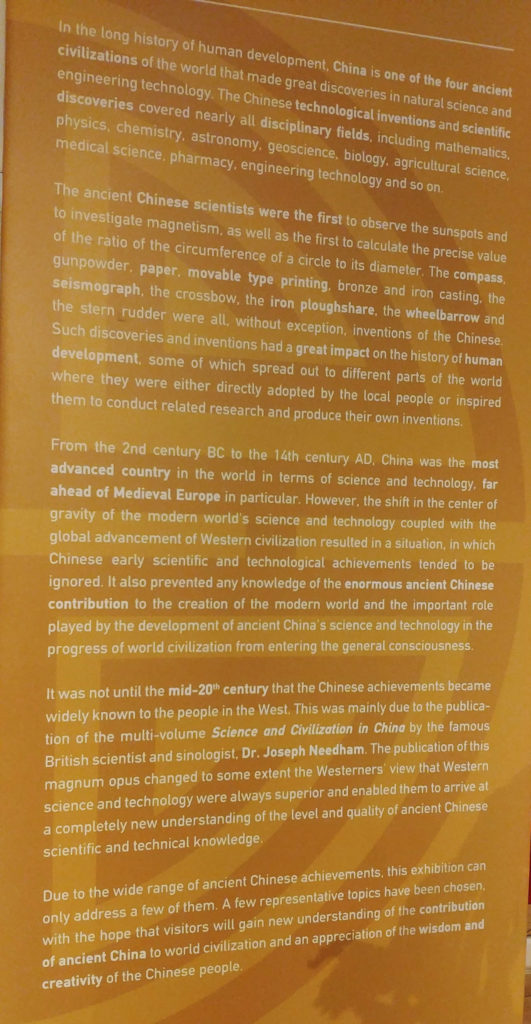 China was several hundred years before the middle east and Europe in a lot of fields. It was forbidden to use the camera in most of the museum, but we took a few sneak photos to show you. 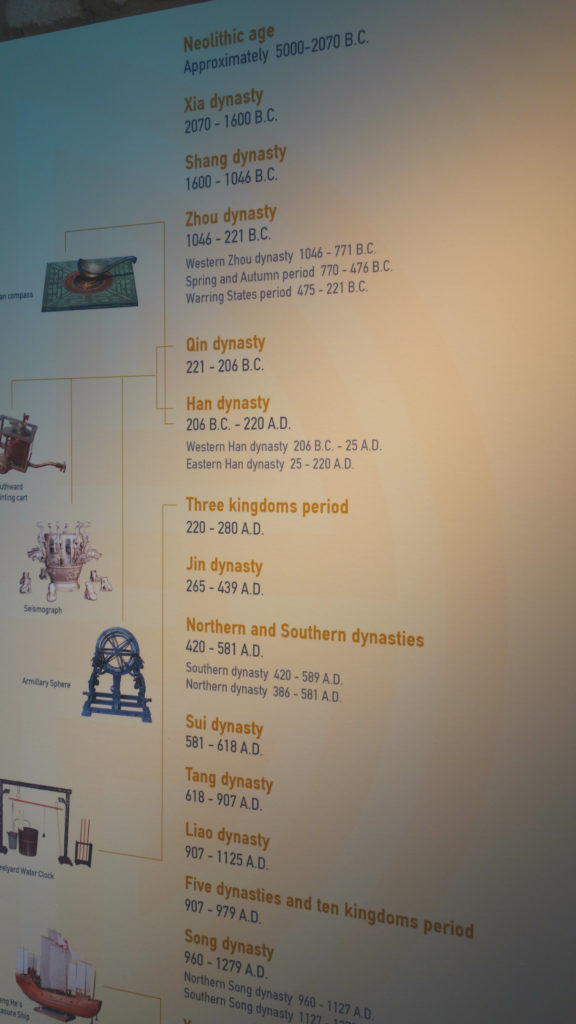 We got a nice overview of the different dynasties that have been in control of Chinese territorium. 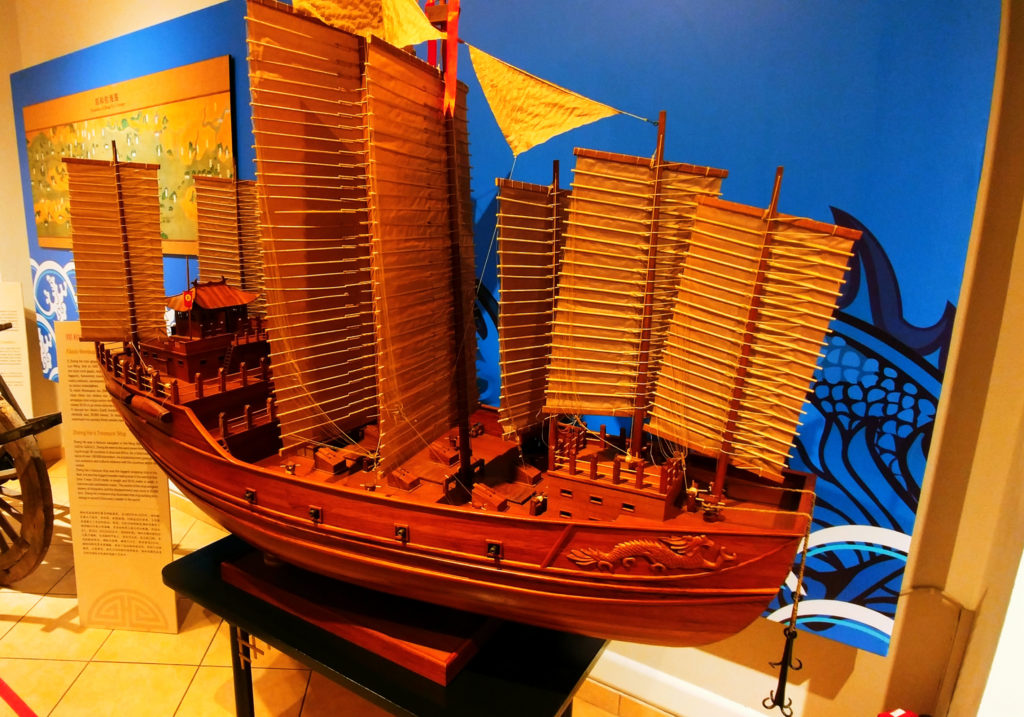 The Chinese construction art was impressive. Ulrika likes to think about how the world would look today if not the Ming Dynasty had shut China out of the rest of the world in the early 15th century. The huge shipyards were closed down and shipbuilding laws were implemented that restricted boat building so that only small size boats were built. 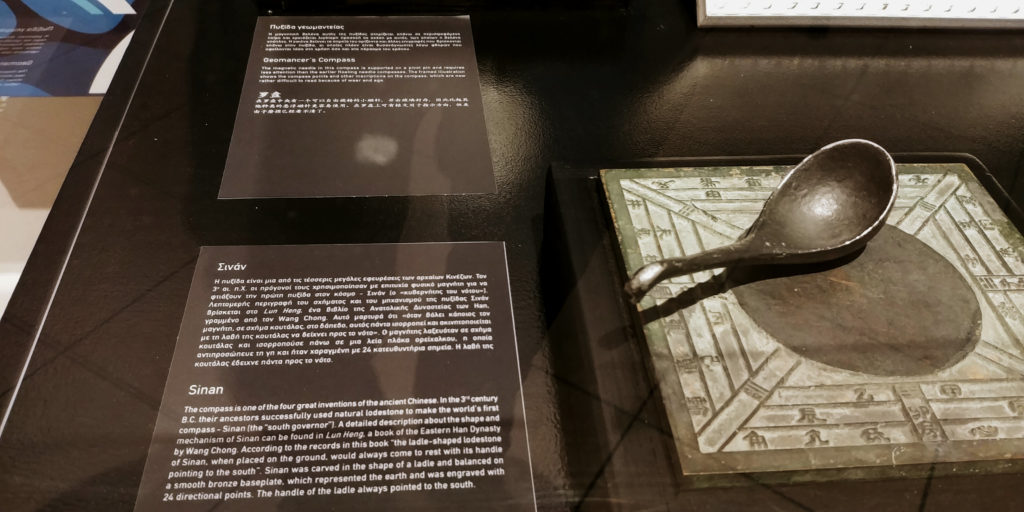 A spoon compass was one of the compasses displayed here.

Transportation was something the Chinese were good at. 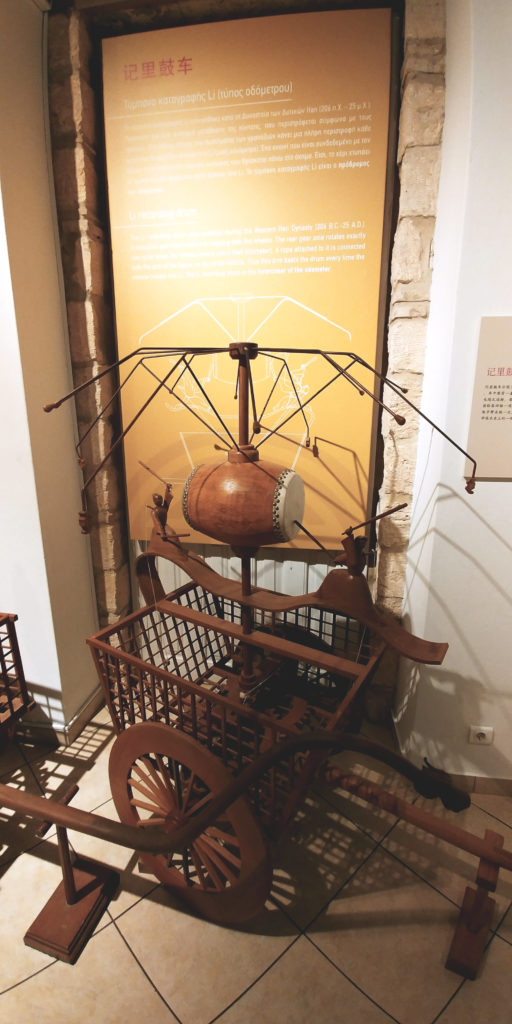 This mechanical carriage had mechanical drummers on it that drummed every 0.5 kilometers or 1 Lin to measure distance.

The museum had smaller versions of different carriages that could tell distance traveled and orientation.  Children and adults could see the mechanism behind the carriages and try them out. The museum was very interactive so we think children would love this place, we certainly did.

The had a room about Chinese astronomy. 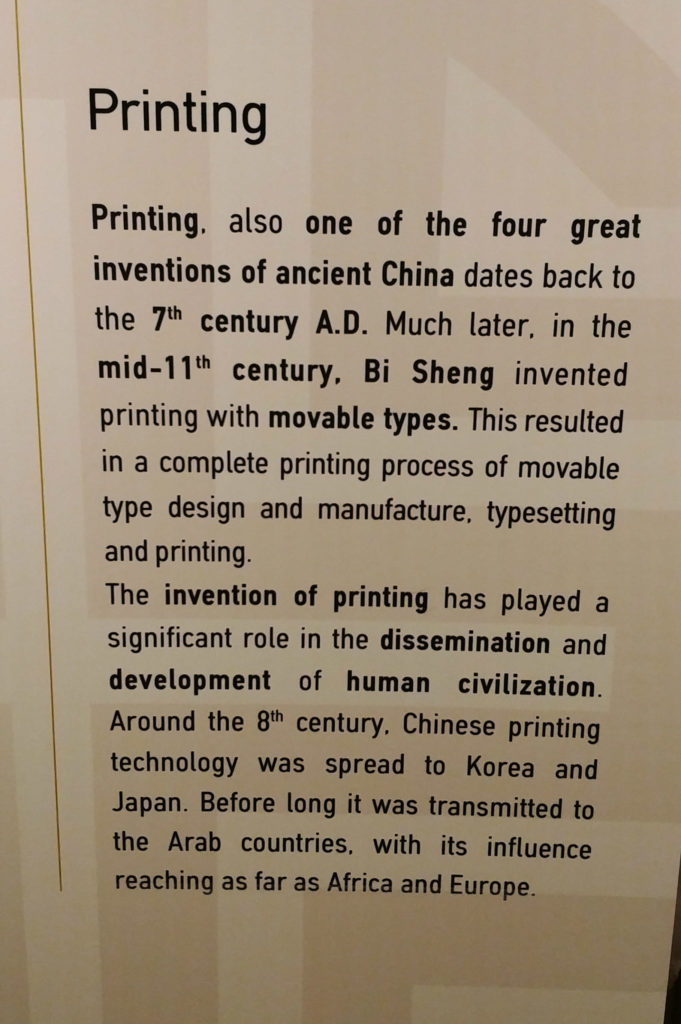 The art of and history of printing. There were a lot more things to see in this museum, but we didn’t want to take to many pictures here. 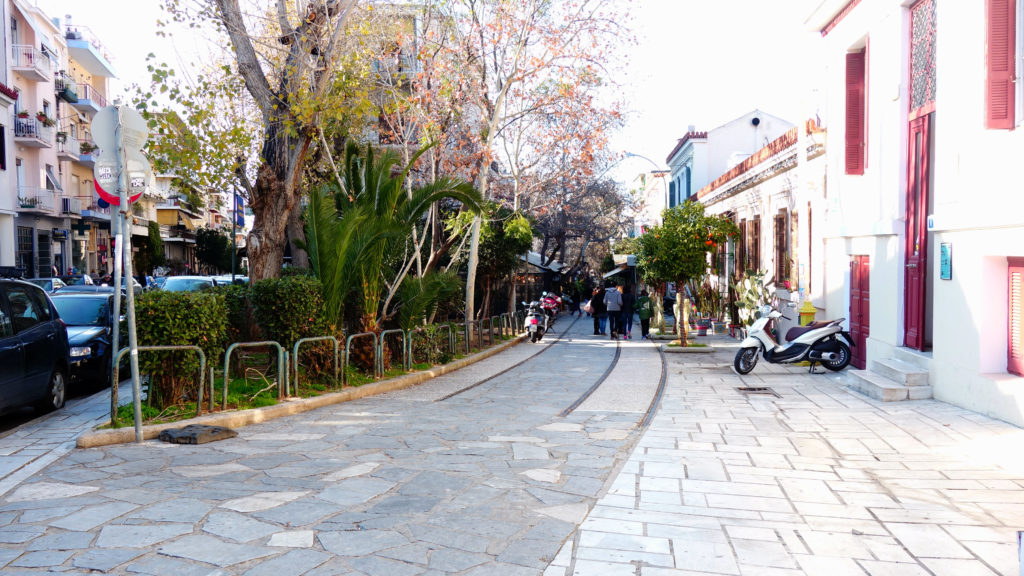 This was part one of our time in Athens, more is to come!