We had just landed in Turkey where we last left you and now it’s time to show you some pictures from our stay in Istanbul.  Ulrika was sick most of our time here so the energy to edit movies and pictures was not there, but we managed to see  a lot of Istanbul anyways, probably due to Ulrika’s persistence, and tried a lot of different Turkish food. Hagia Sofia and the Blue Mosque was also on our to-do list, so here is some pictures and videos from our visits there. 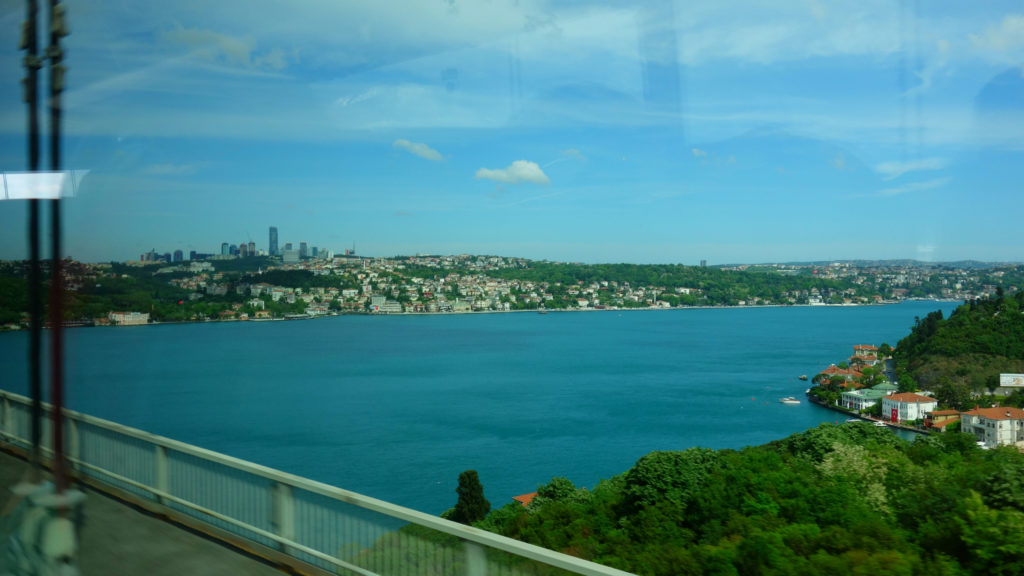 Bosphorus – the waterway that separates Europe from Asia, and this view has been on Ulrika’s bucket list for a long time. We landed at the Sabiha Gökçen-airport on the Asian side of Turkey and took a bus over to the European side. 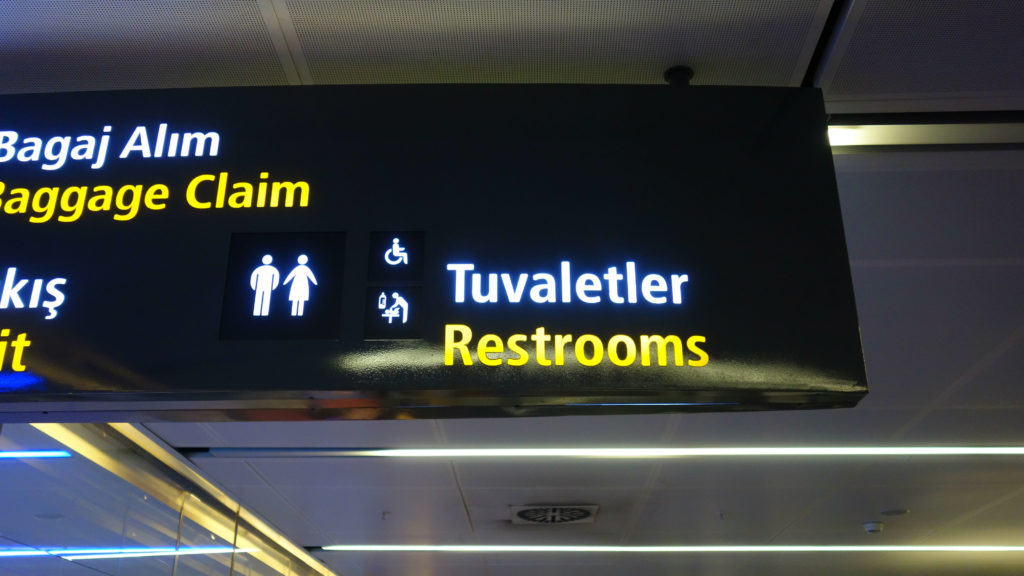 We had been travelling all night, with a transit in Iran, so seeing how the turks spell the word toilet was funny to us Swedes. It reminded us of a funny tv-sketch “Svenska för nybörjare” or Swedish for beginners 🙂 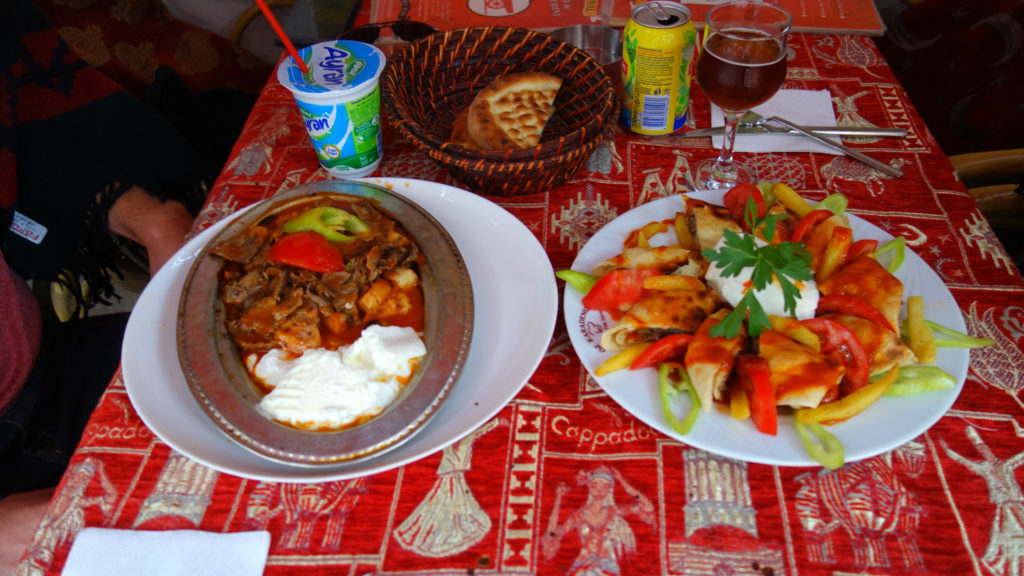 One of the reasons for our choice of destination was the food, or the craving for Turkish Kebab. Here, we’re eating two of our favorite dishes – Iskander Kebab and Beyti wrap drinking Ayran, a Turkisk sour milk drink which is really good, and ice tea. 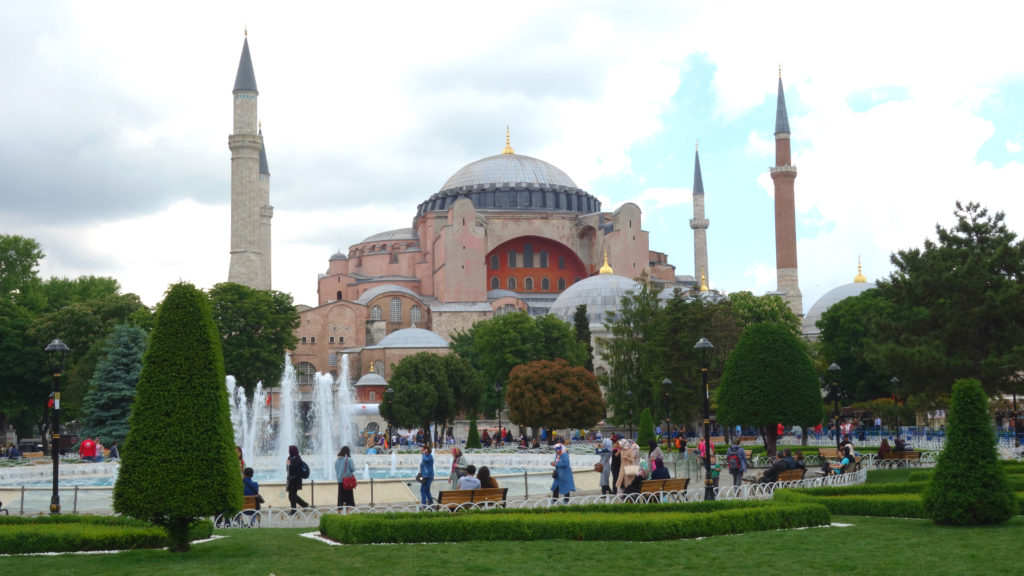 The other reason to travel to Istanbul was this- Hagia Sofia. the 1500 year old church that is now a museum. 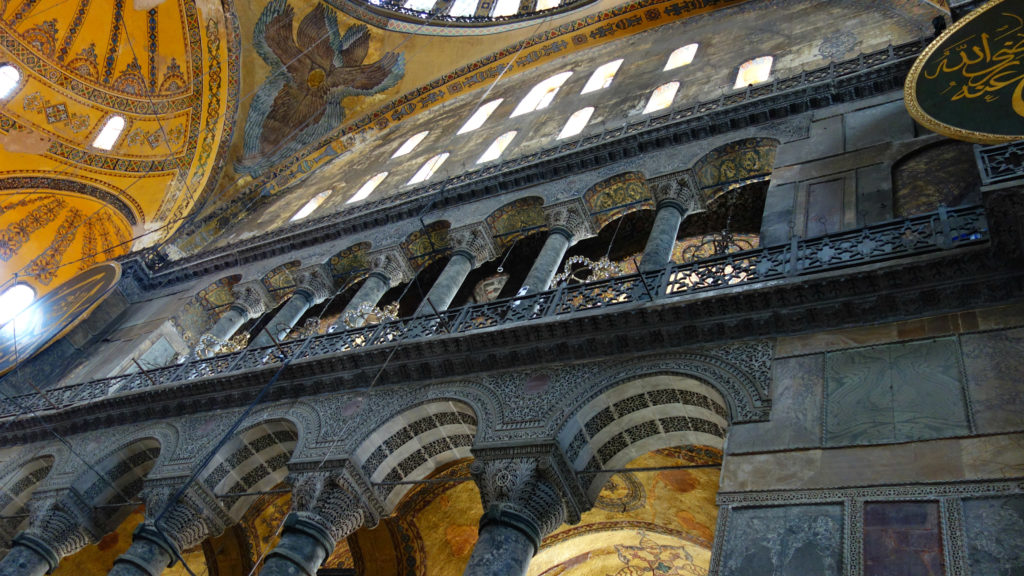 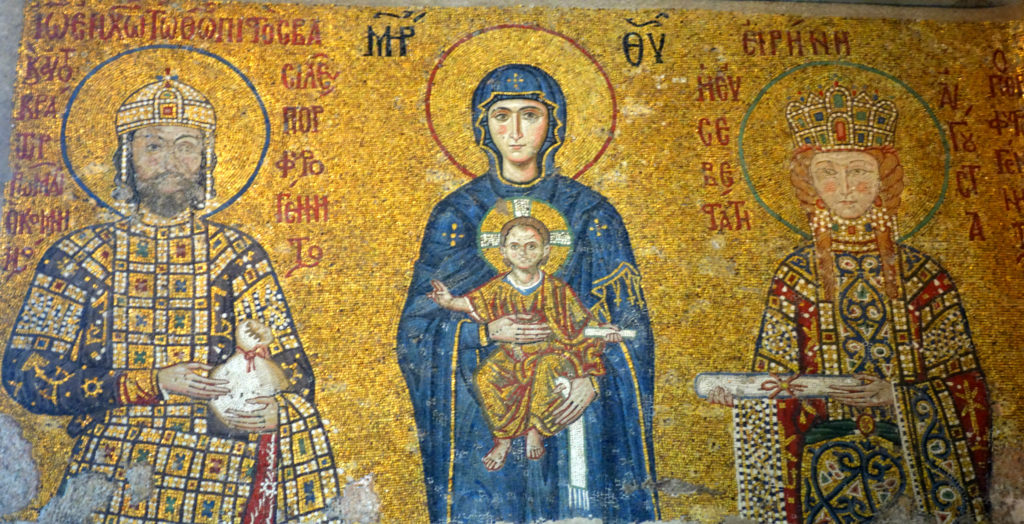 The christian mosaic was covered with islamic patterns, because of the “do not portrait the image of god, which humans are”-rule in islam. However, the cover up has now been removed and the old mosaic pictures are being restored. 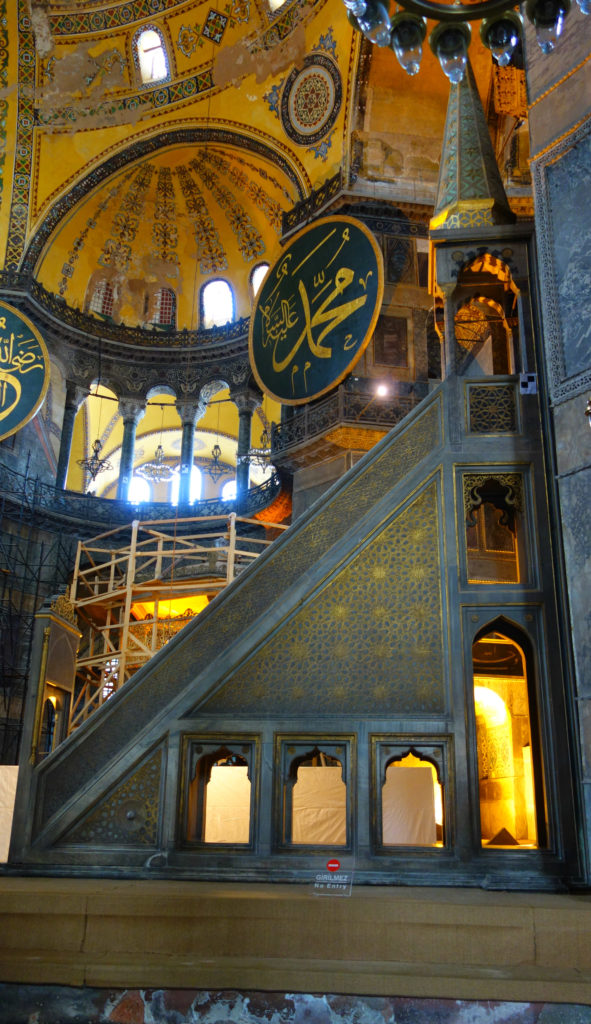 But you can still see the mix of islam and christianity in the church.

Inside the Hagia Sofia: 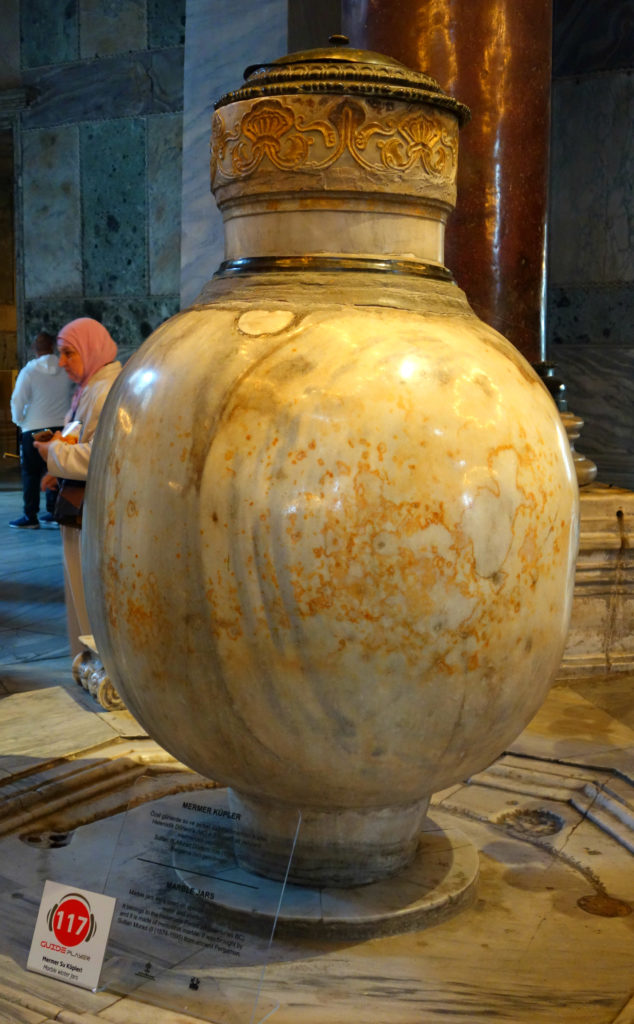 And some really old remnants are on display inside Hagia Sofia. Here is the lustration urn from Pergamom, an urn carved in a single marble block. 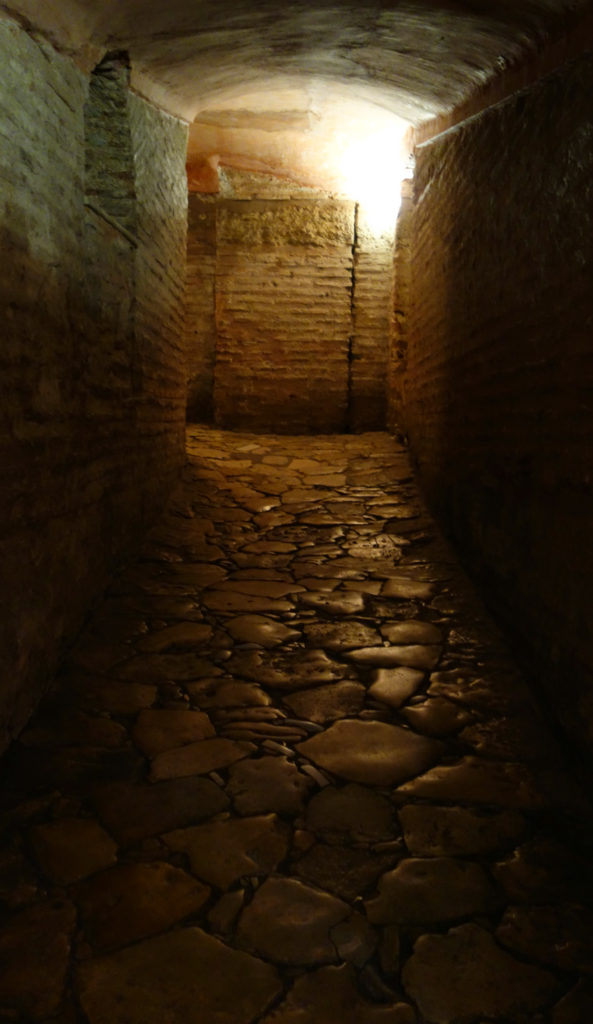 Hagia Sofia has a second floor from where you get a beautiful overview of the inside of the church, which you can see in the video above. The tunnel to the second flor is also remarkable. Think that here has humans walked up and down for 1500 years. 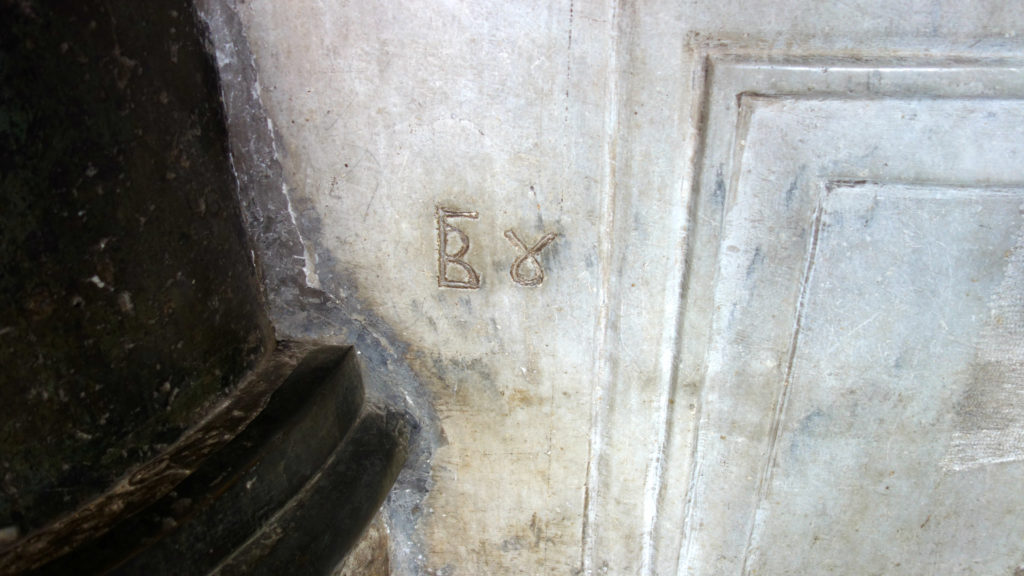 Here you also find a viking tag from a viking who took work in the guard force of Hagia Sofia approximately 1000 years ago. 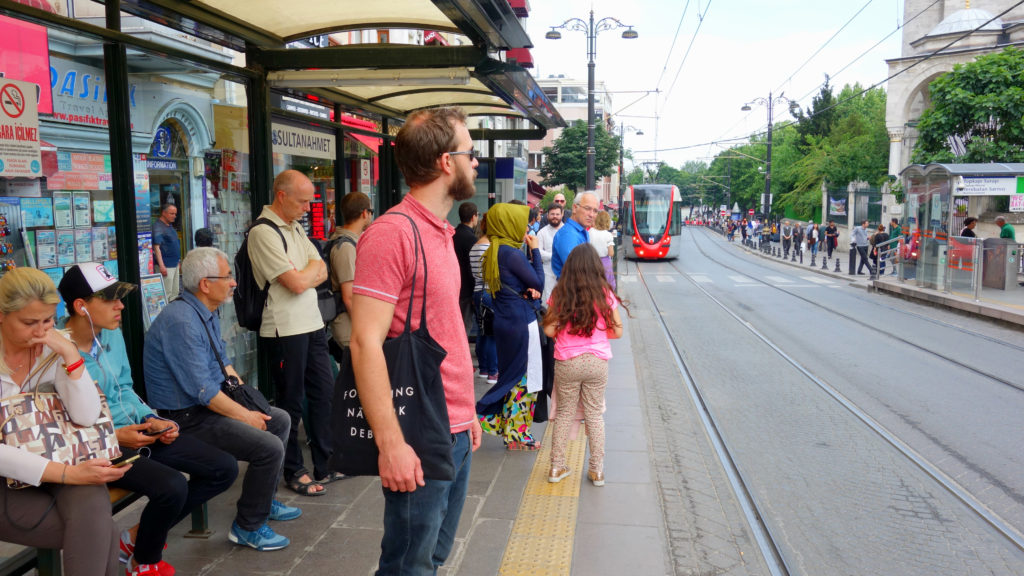 When Ulrika was not feeling sick, we also tried to explore Istanbul. Public transportation in Istanbul is really cheap and easy to use. The Istanbulkart is the thing you want when using the trams, metro, buses etc in Istanbul. 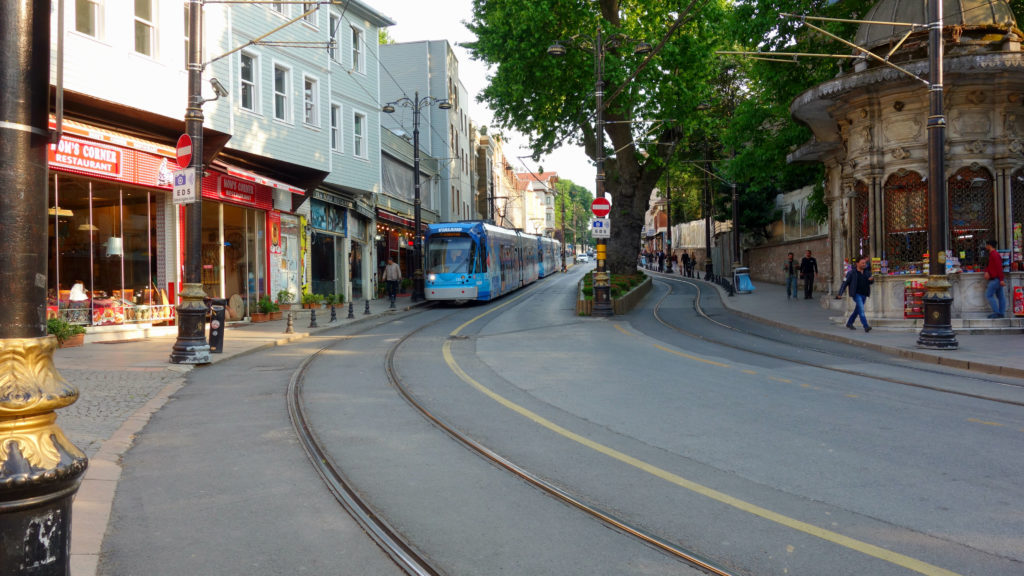 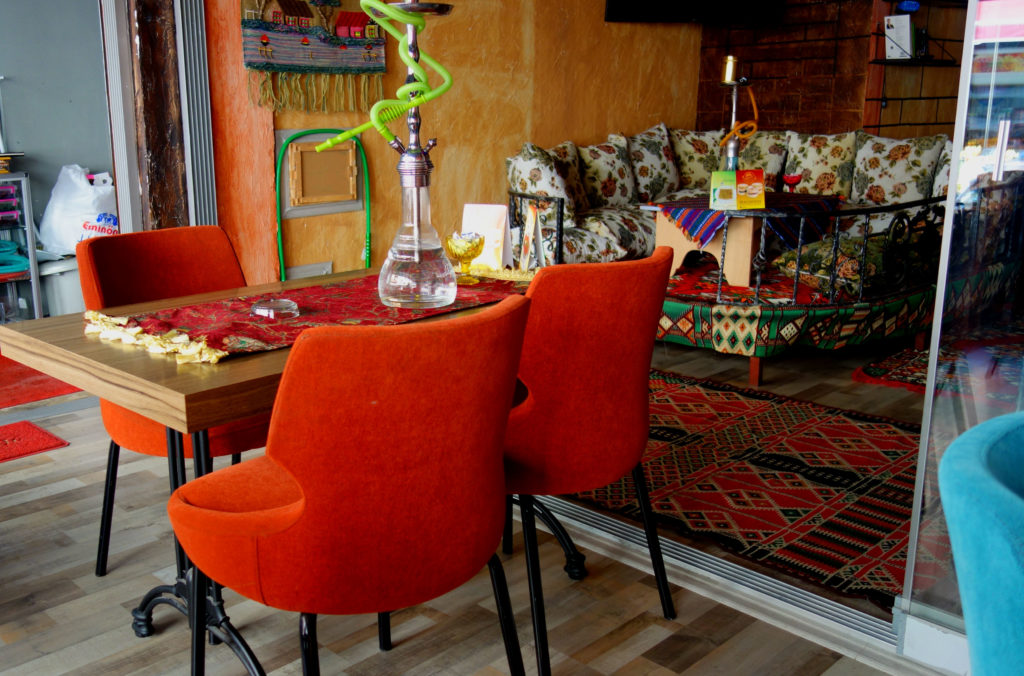 Also love the colors and patterns that are common here. The Shisha can be smoked everywhere here. 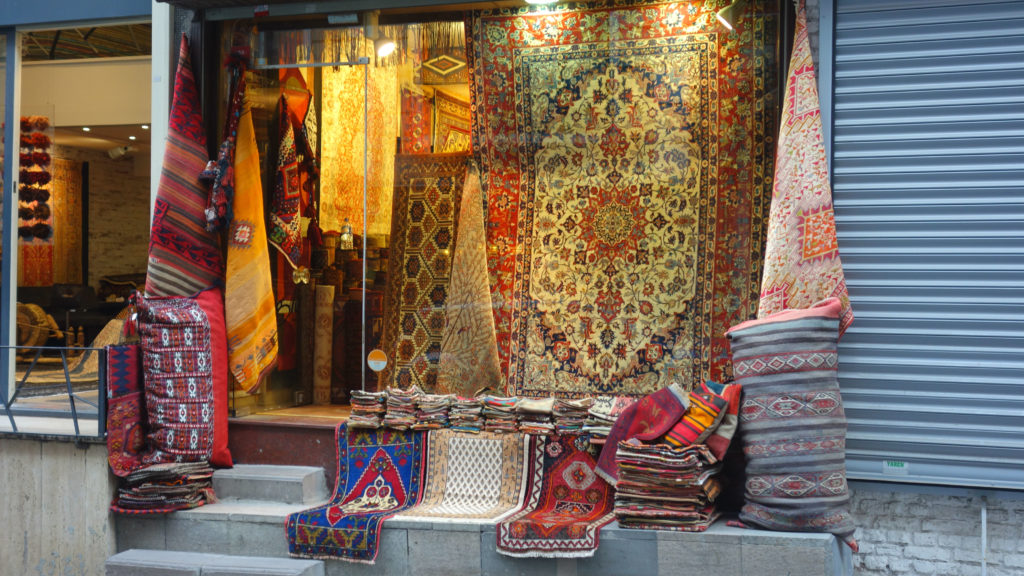 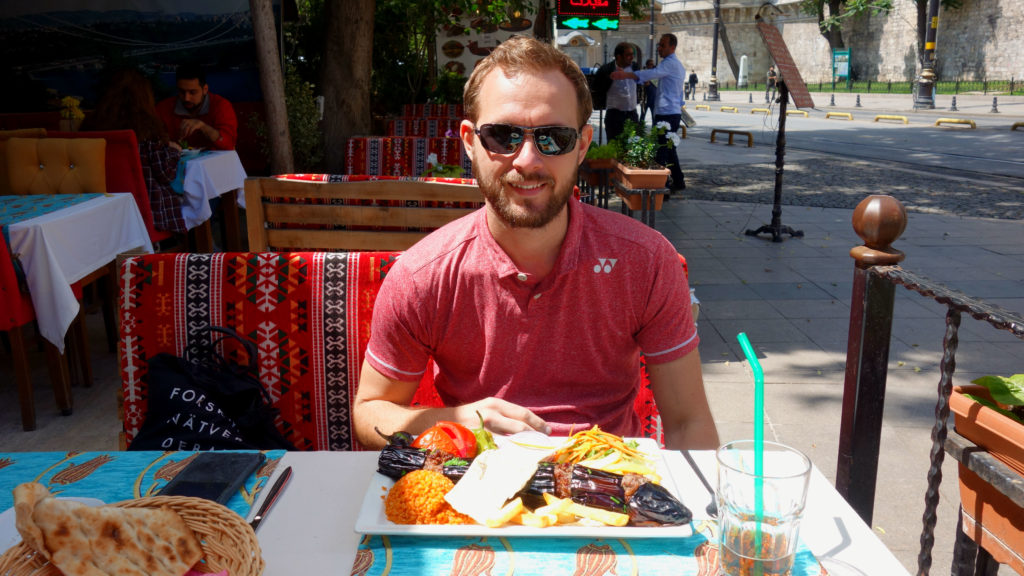 We mostly enjoyed eating Turkish food, here is Pontus with an eggplant kebab. 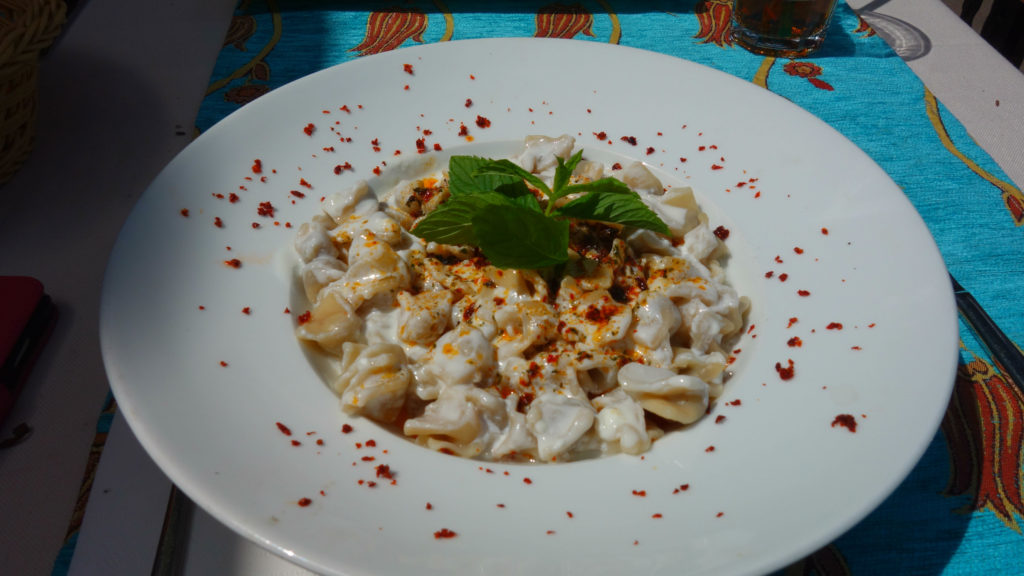 Another favorite was the Turkish ravioli. 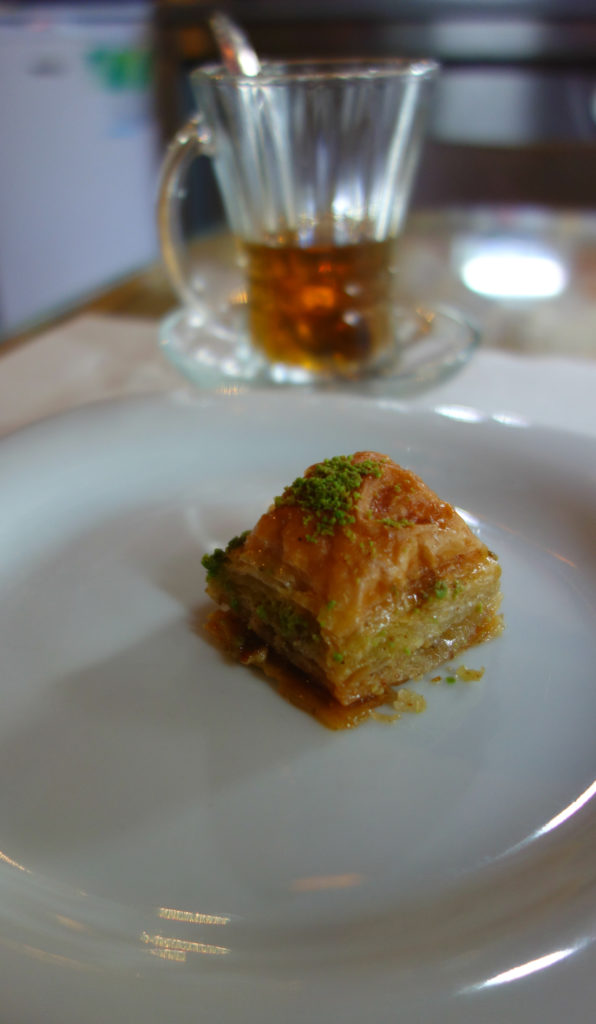 And the baklava. Here, together with apple tea another Turkish delight! 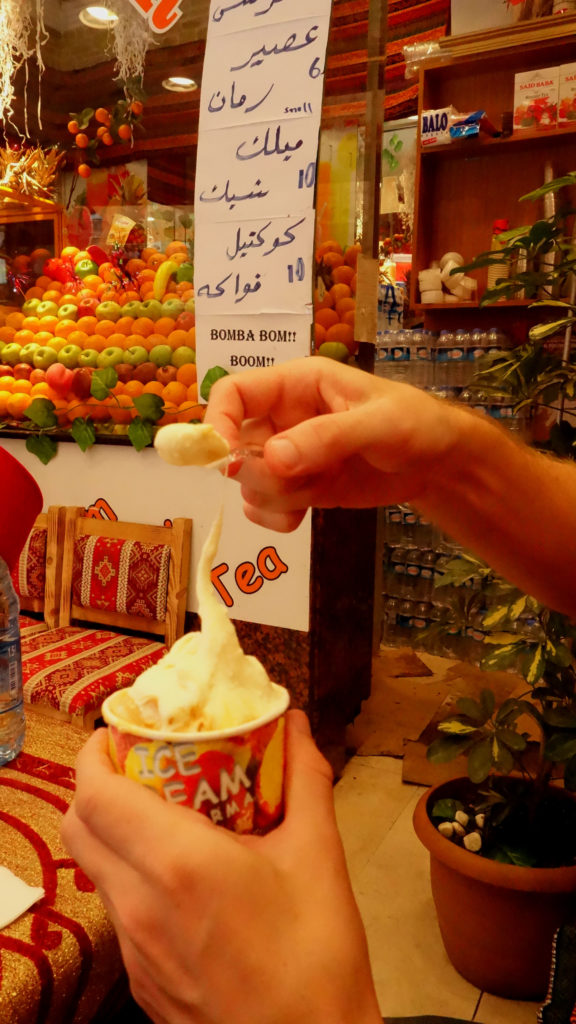 The Turkish ice-cream is our new favorite. It is similar to our Swedish favorite brand “Lejonet och björnen”. 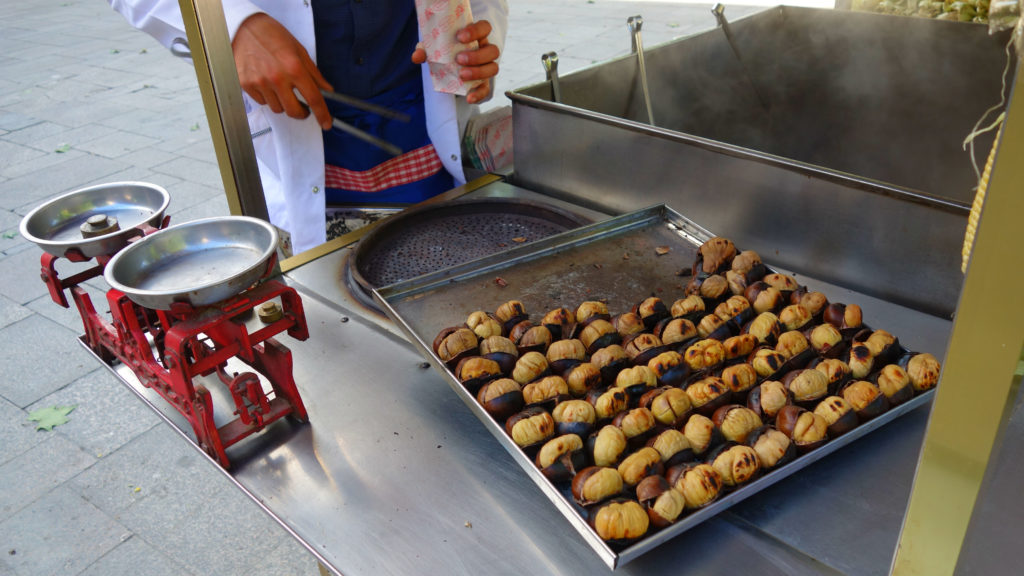 We also tried roasted chestnuts, but Ulrika didn’t fancy them. 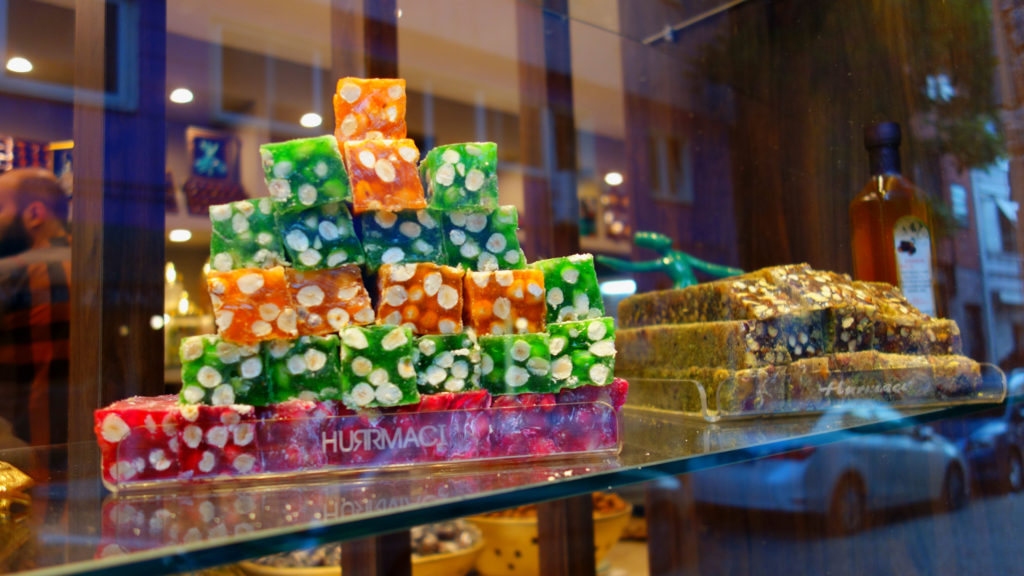 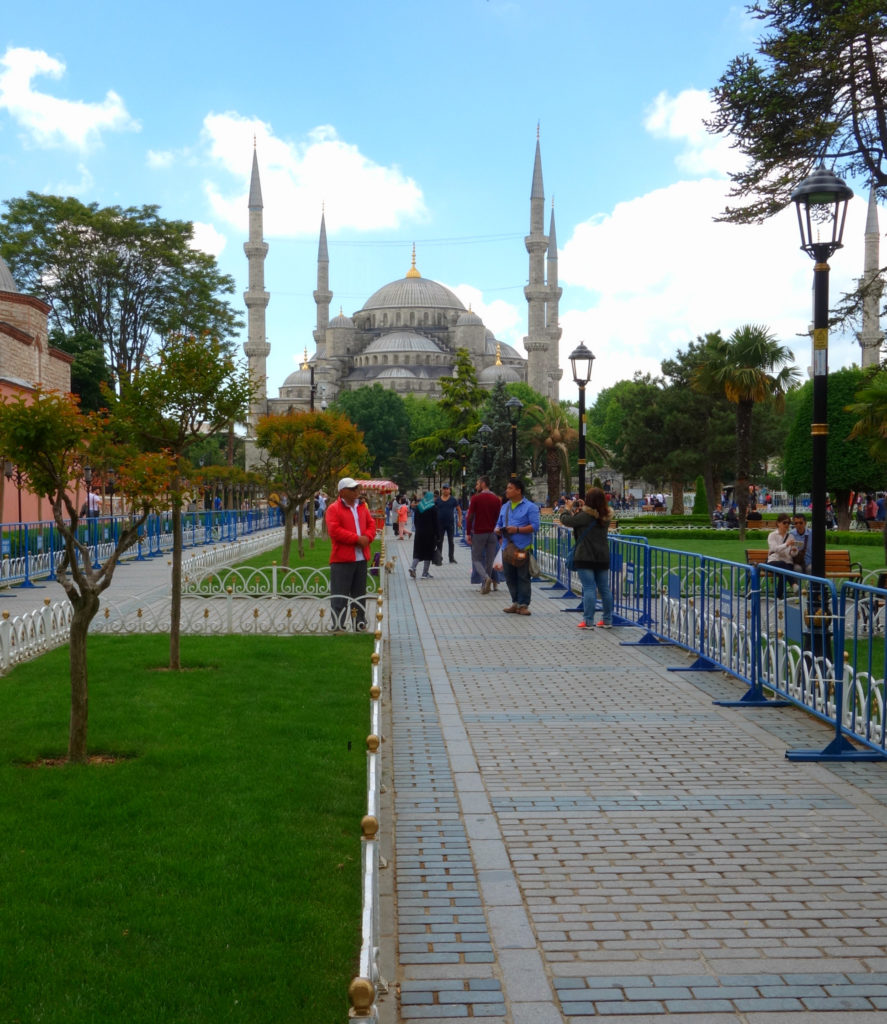 We also visited the Blue Mosque while we were in Istanbul. 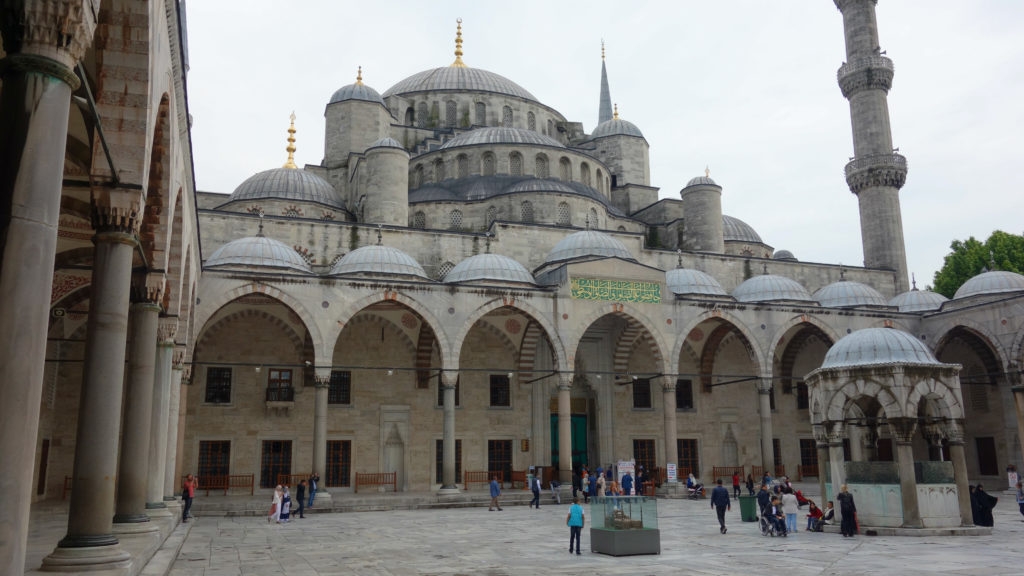 The Blue Mosque or the Sultan Ahmed Camii, was built under much controversy in the beginning of the 17th century. Sultan Ahmed I was not fortunate with winning wars, so he was not so popular. Then he financed the new mosque from the empires treasure promising a great mosque that ended up looking like the Hagia Sofia church, which just stands a few hundred meters from the blue mosque. However, the hand-painted blue tiles inside the mosque are beautiful to see.

Inside the Blue Mosque: 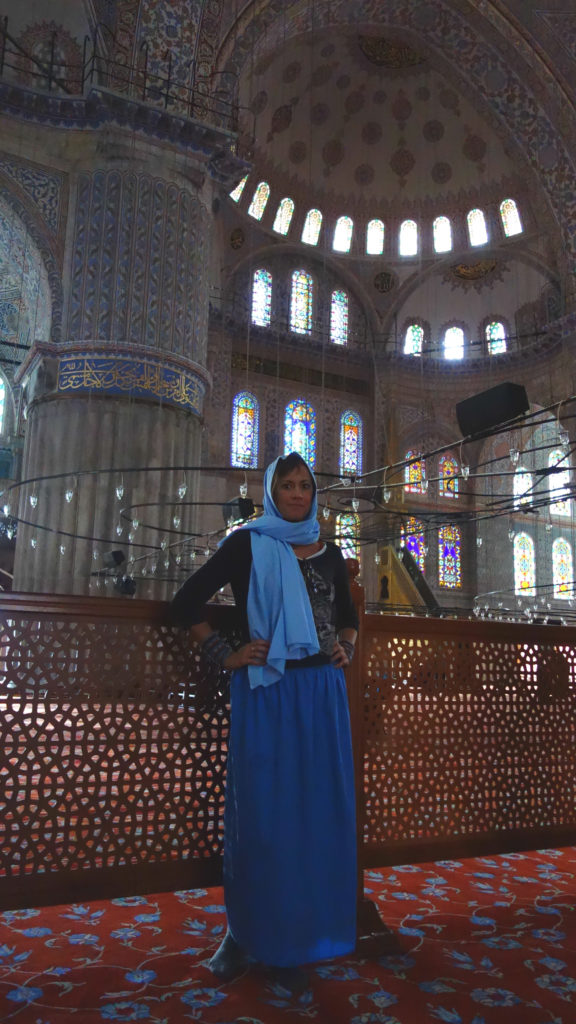 You have to cover up if you want to visit the church, so here is Ulrika looking like a “Påskkärrring”
Påskkärringar are seen in Sweden during Easter, where children dress up as witches and “travel” to Blåkulla on Maundy Thursday, for meeting with the devil. The children go around as witches, knocking the doors in the neighbourhood requesting treats and sing a song or give you a drawing. 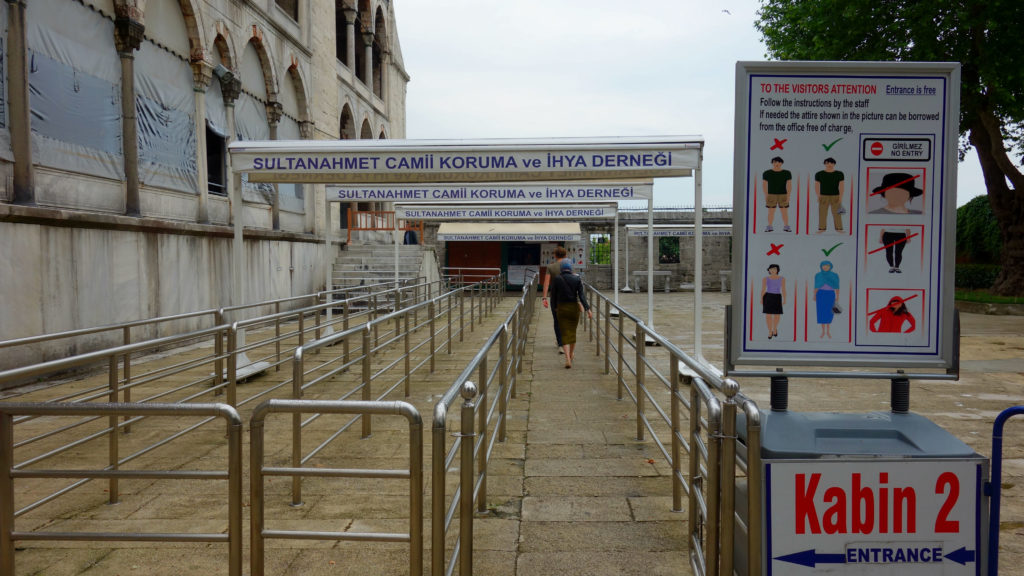 We noticed that the number of tourists coming to Turkey are really low, illustrated by the picture. The prices has gone down because of that, so now you can find cheap accommodation in the old parts of Istanbul and it is not so crowded. We loved Istanbul so much that we decided to extend our stay here. 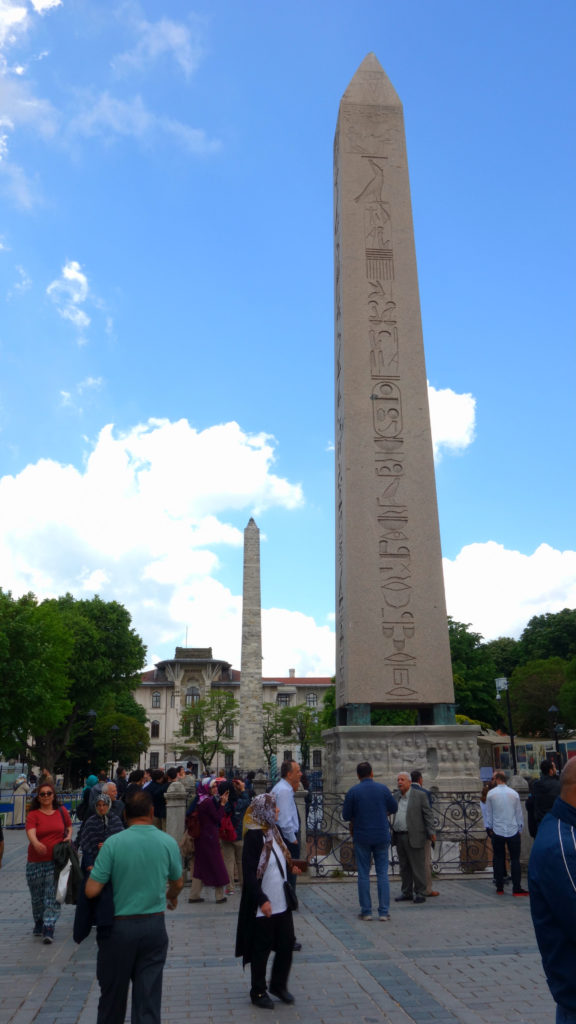 You’ll find the Hippodrome of Constantinople, today the Sultan Ahmet Square, with the obelisk remnants from the old days, just in front of the blue mosque. The first obelisk was erected during the 18th dynasty by Pharaoh Thutmose III (1479–1425 BC), but was transported to Constantinople in 390. The second obelisk is called the walled obelisk and it was erected in the 10th century by the Emperor Constantine Porphyrogenitus. It was originally covered with gilded bronze plaques. The third obelisk (not shown here) is the serpent column, which was erected to celebrate the victory of the Greeks over the Persians during the Persian Wars in the 5th century BC. 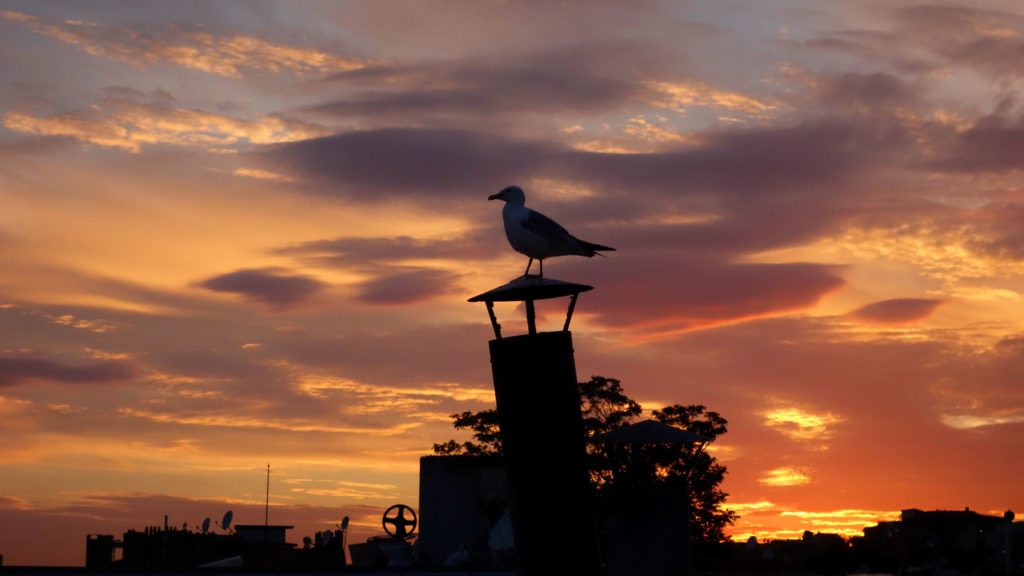 Istanbul is beautiful and we met really nice people and animals here. Unfortunately, Ulrika caught the air-condition sickness just before we left Malaysia, so she’s lagging behind with the blog posts. She is much better now, so we will try to catch up in the coming weeks.