De Haar Castle was another recommendation we got and our contacts brought us to Utrecht in the Netherlands so we decided to pay this castle a visit. It was on one of the hottest days here in the Netherlands so being inside a cold castle was perfect for us.
De Haar Castle had gradually turned into ruins since 1641 when the heir of the castle ruins, Etienne van Zuylen van Nijevelt, in 1887 married Hélène de Rothschild, of the Rothschild family.  Hélène’s family, the Rothschilds, decided to rebuild the castle from its ruins. They hired the famous Dutch architect Pierre Cuypers and he would work on the project for 20 years. De Haar Castle has 200 rooms and 30 bathrooms, and a few rooms on the ground floor have been opened to be viewed by the public, so we went in and took a look at them. 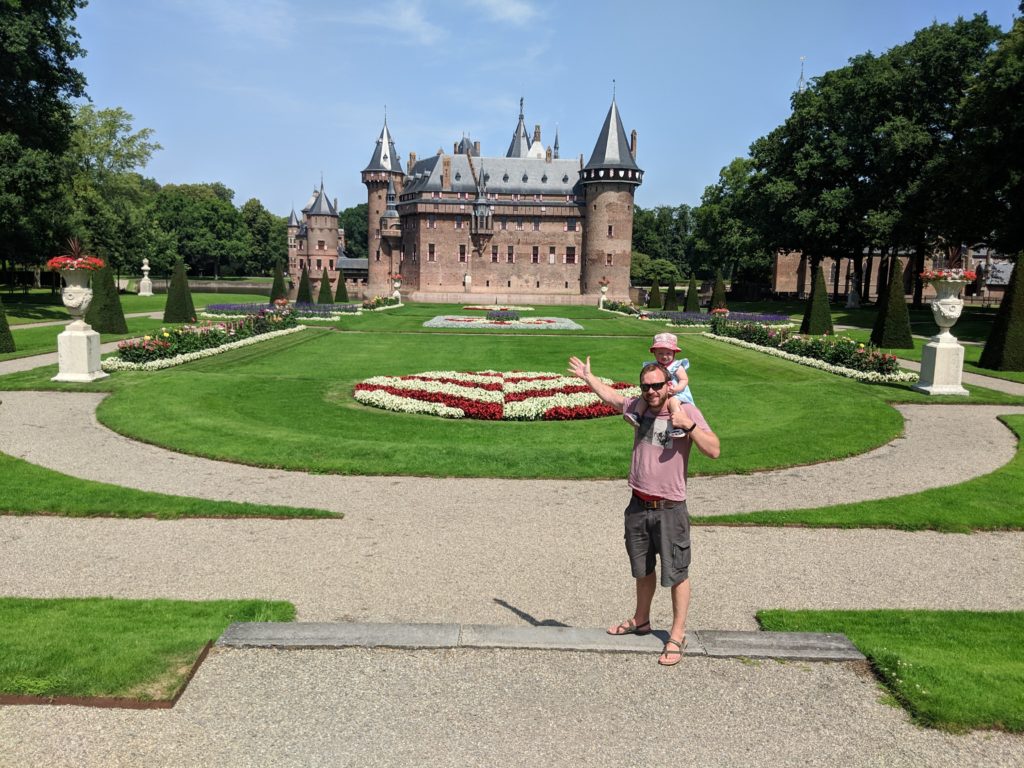 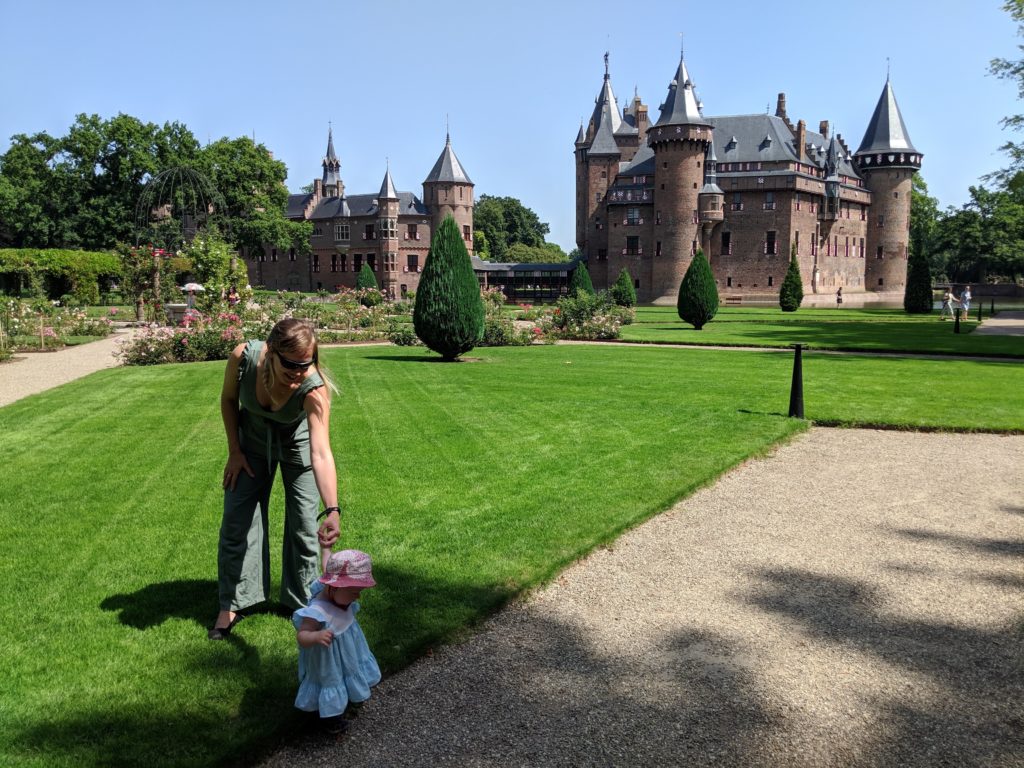 Better be in the shadows while walking around the castle! 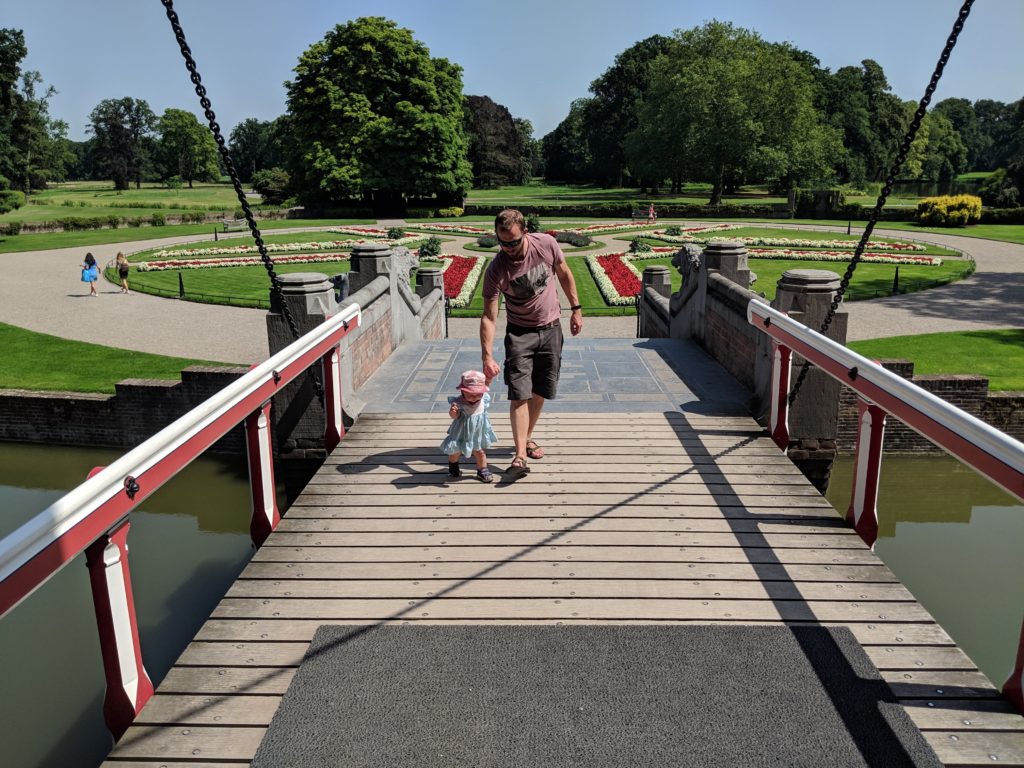 Walking inside the castle over the draw bridge 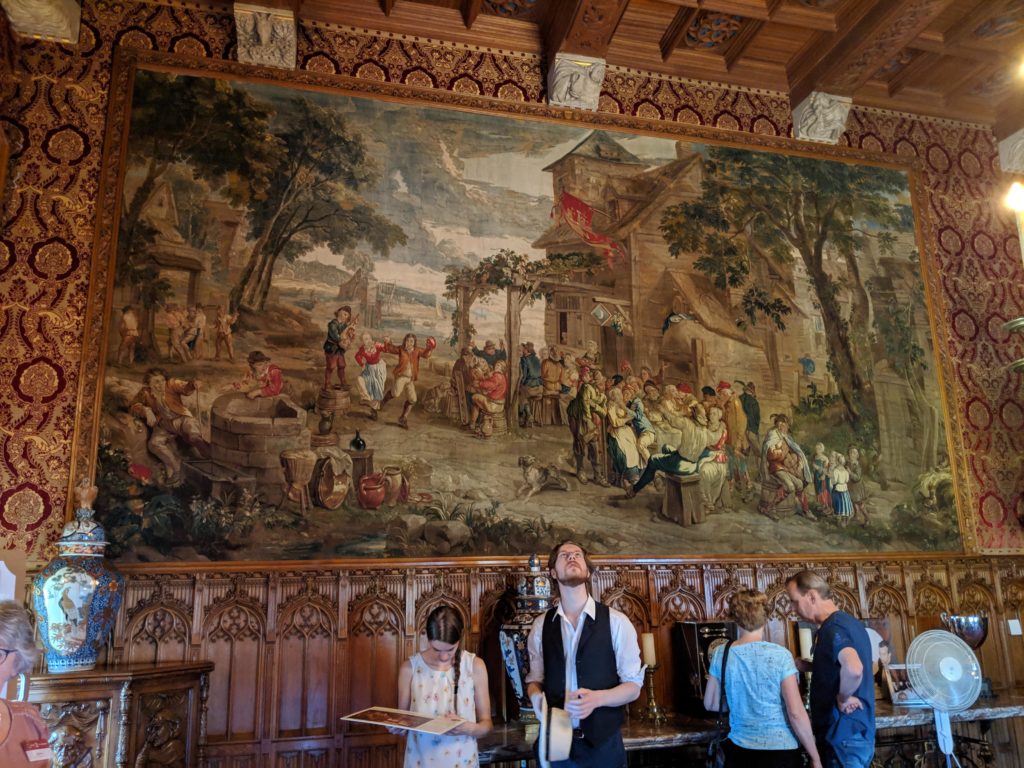 First thing you see when you walk in to the main hall! 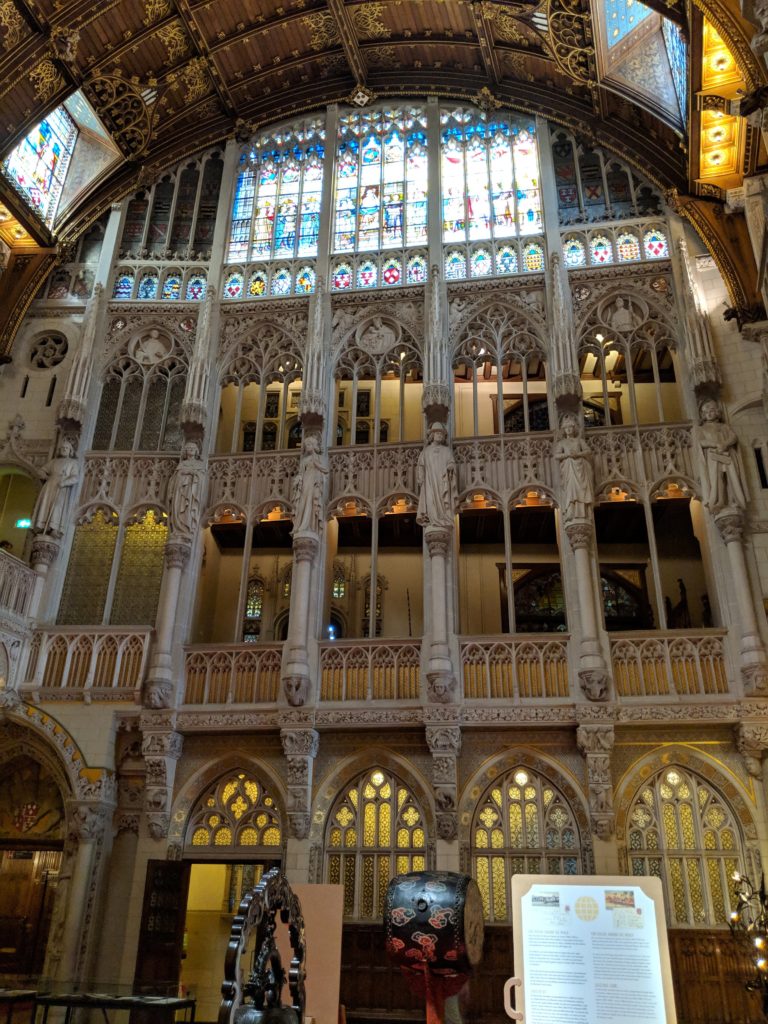 The main hall felt like it was taken from the land of the Maharajahs (Rajasthan in India) and sure thing, the newlywed couple loved travel and they even invited Maharaja friends to the castle. 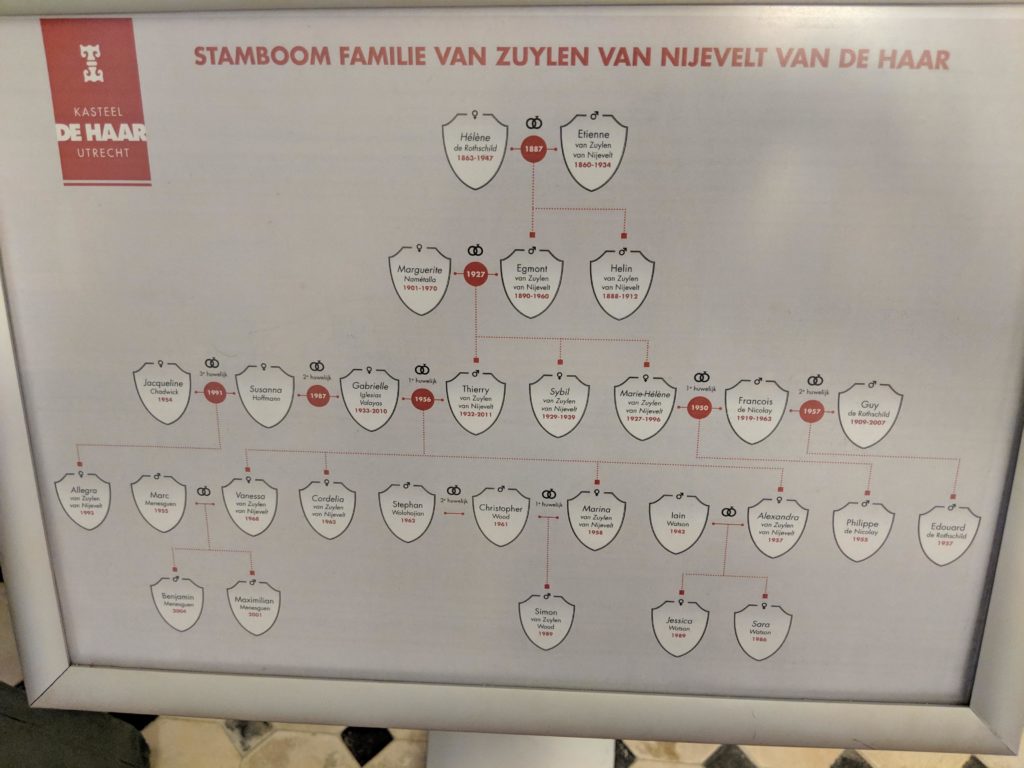 The family tree of the van Zuylen/Rothschild family can be found here. 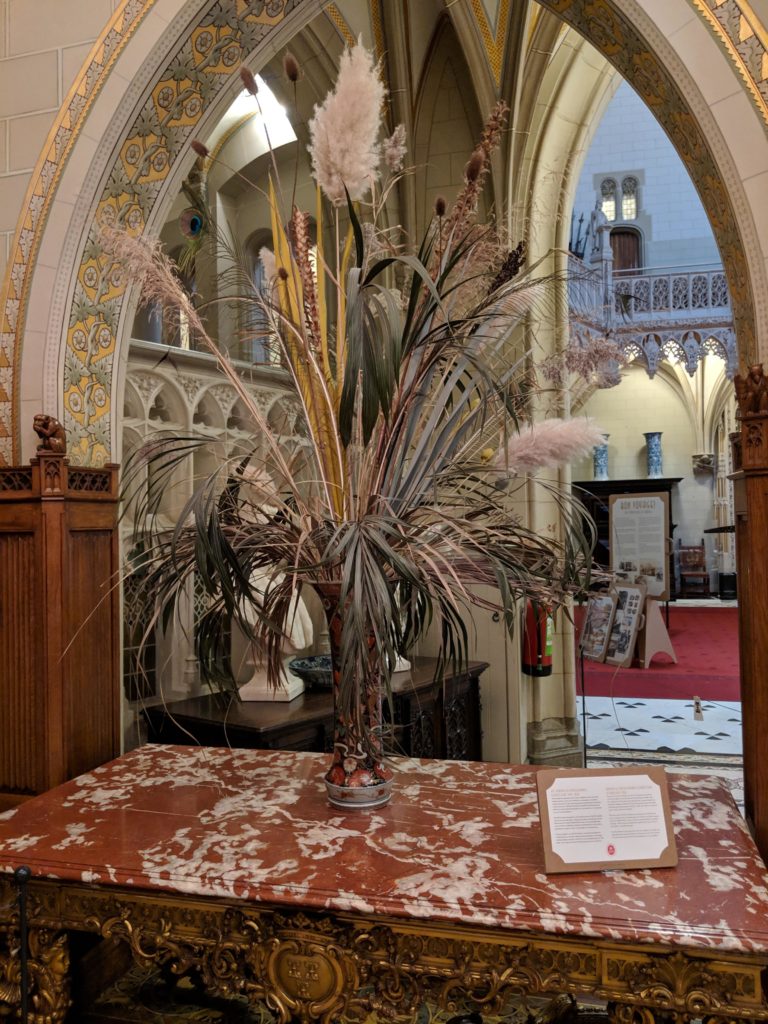 A few things from the Etienne/Helene van Zuylen era are on display in the different rooms. 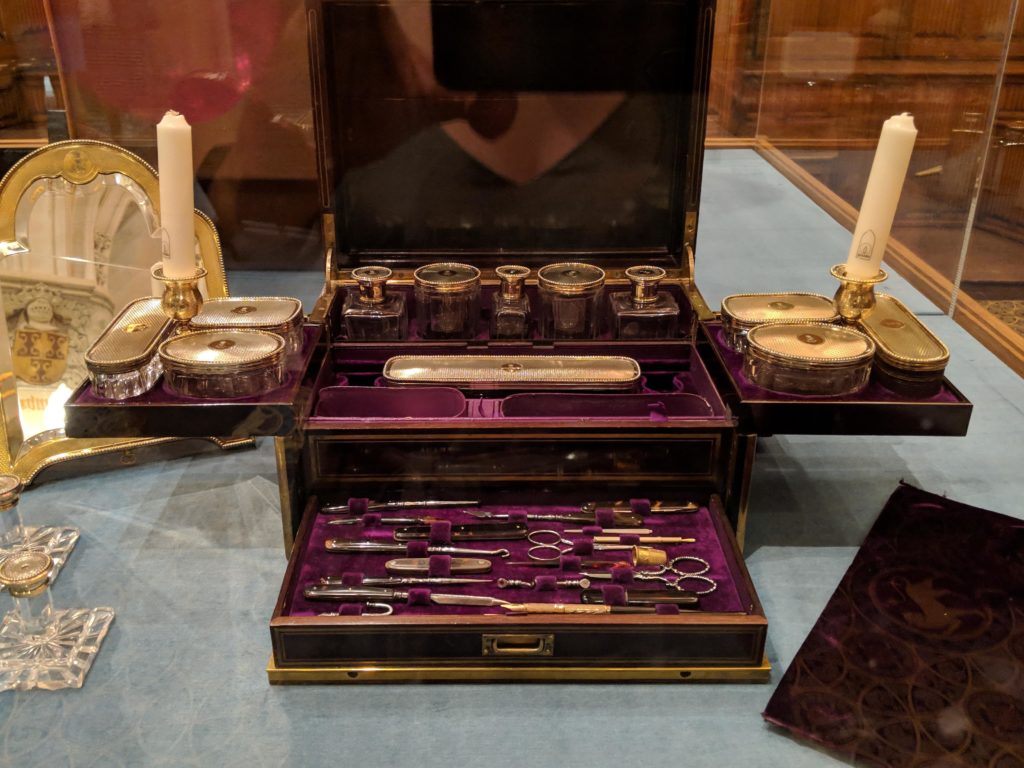 Like their hygiene/make up boxes they couldn’t travel without. 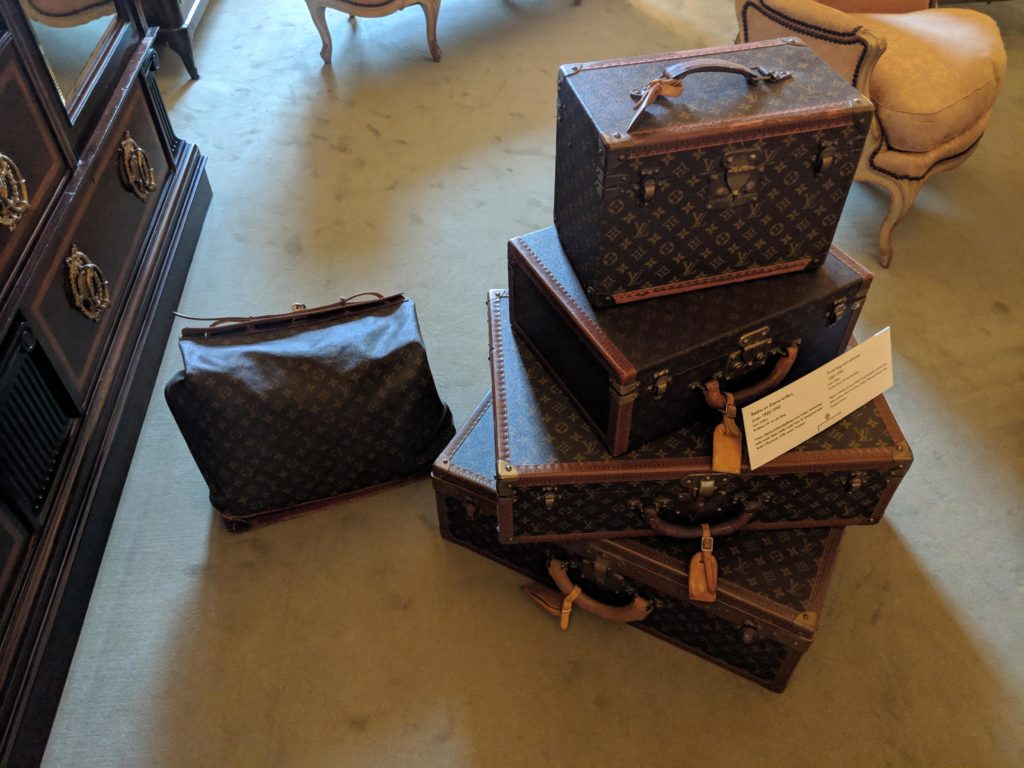 A few of the suitcases that the family used during their travels. 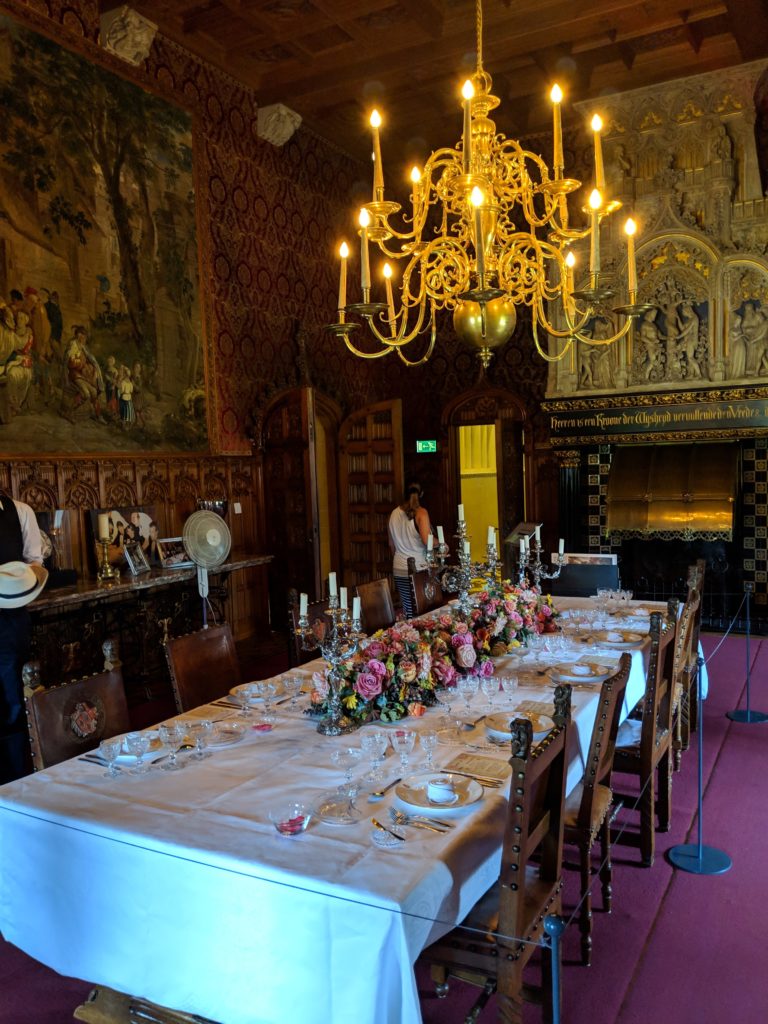 The dining hall. A lot of prominent people have been dining around this table. 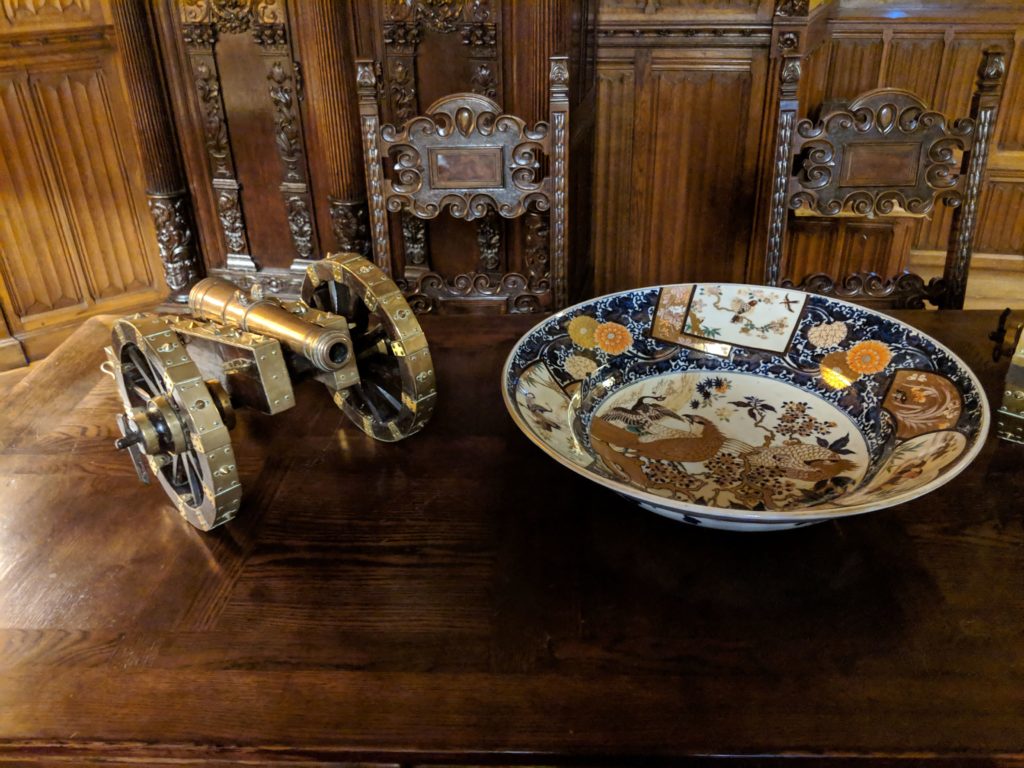 Collections of different things bought during their travels far away. 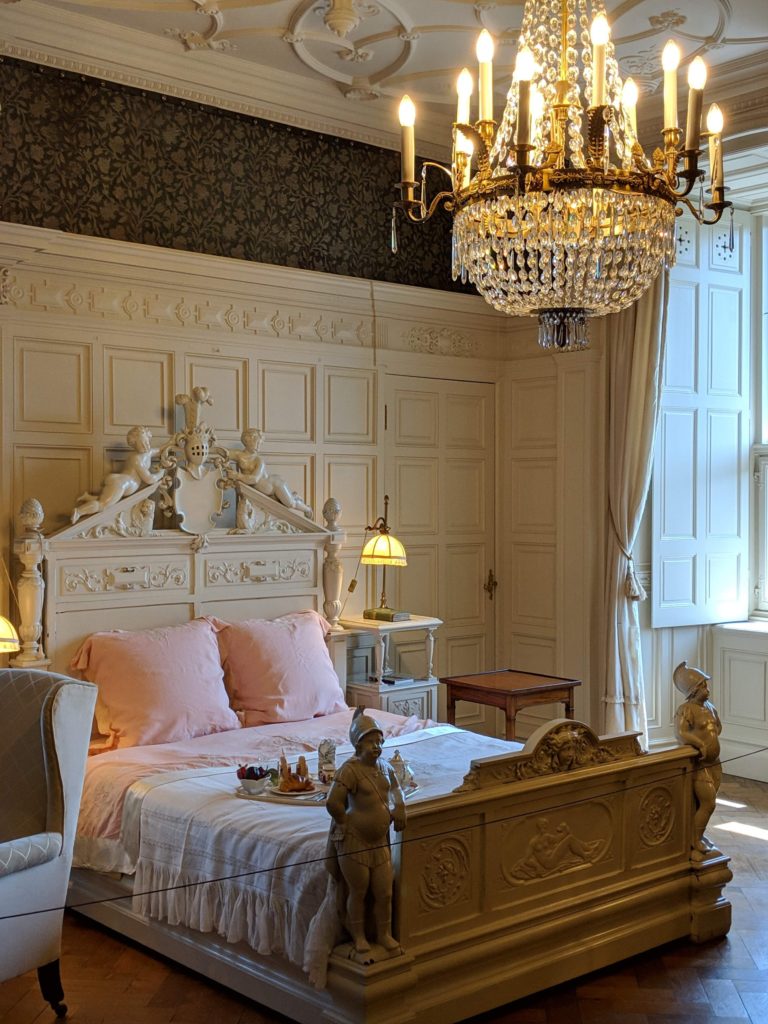 A few bedrooms are open for display. This room was Baronnesse Gabrielle van Zuylen during a few decades when she was married to Thierry van Zuylen van Nyevelt. 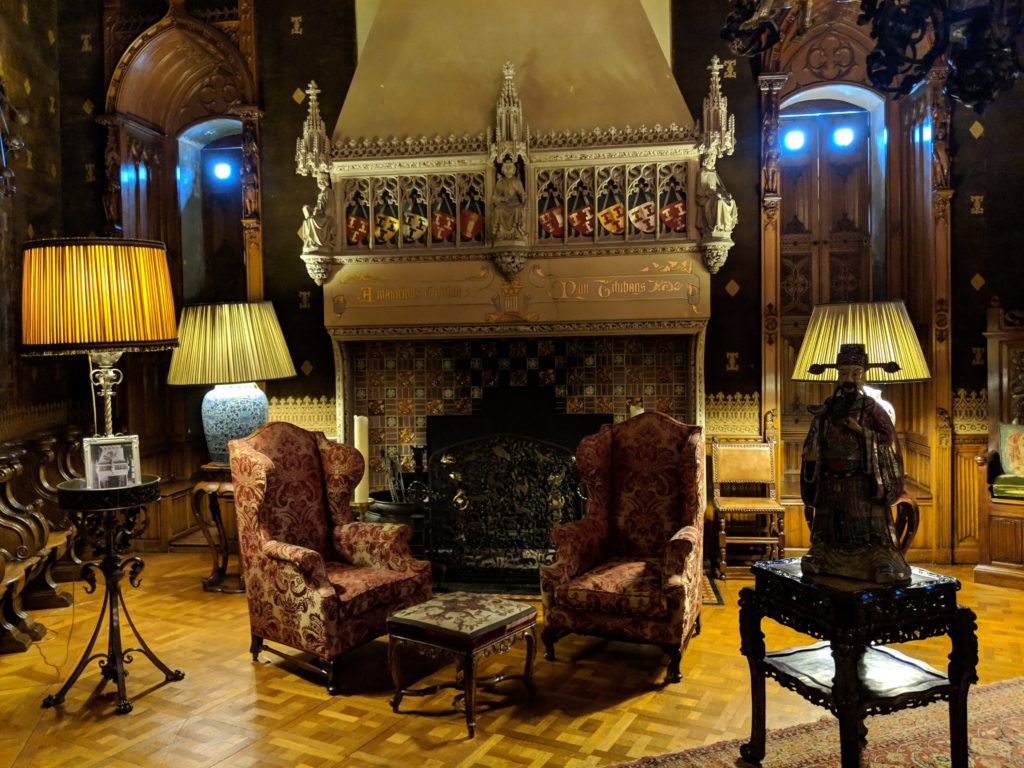 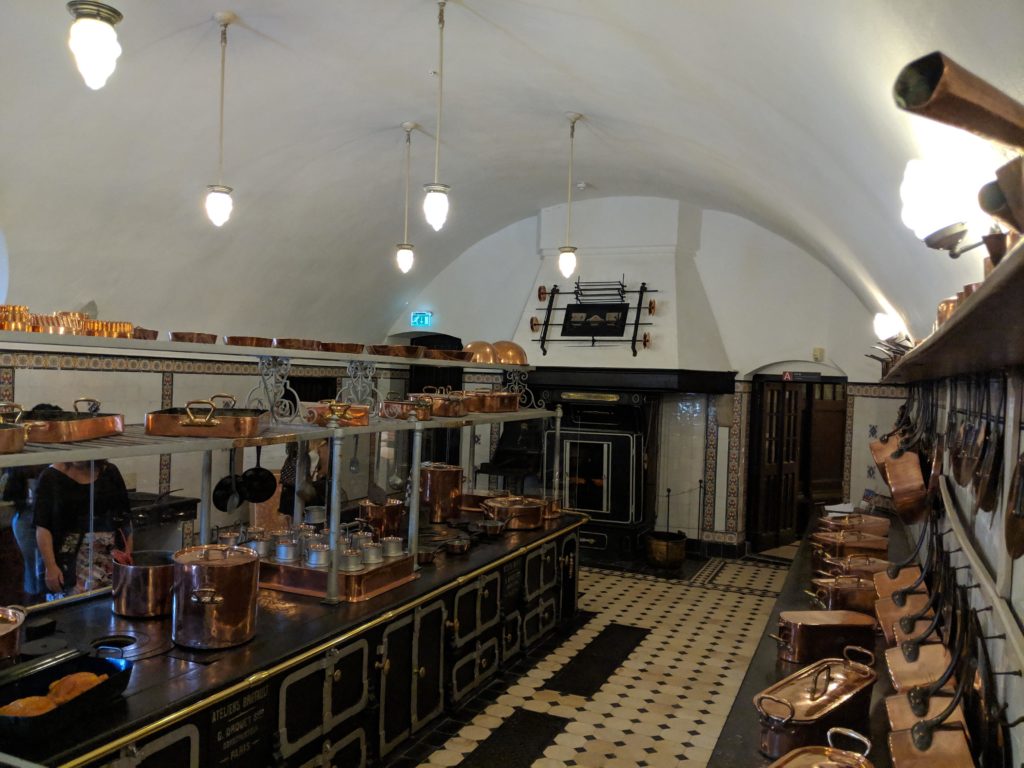 The kitchen in the cellar. Highly modern for its time. Even though the castle has been built to resemble the old castle, the family was keen to modernize the castle so they would have proper bathrooms and kitchen, electrical sockets, heat and ventilation. 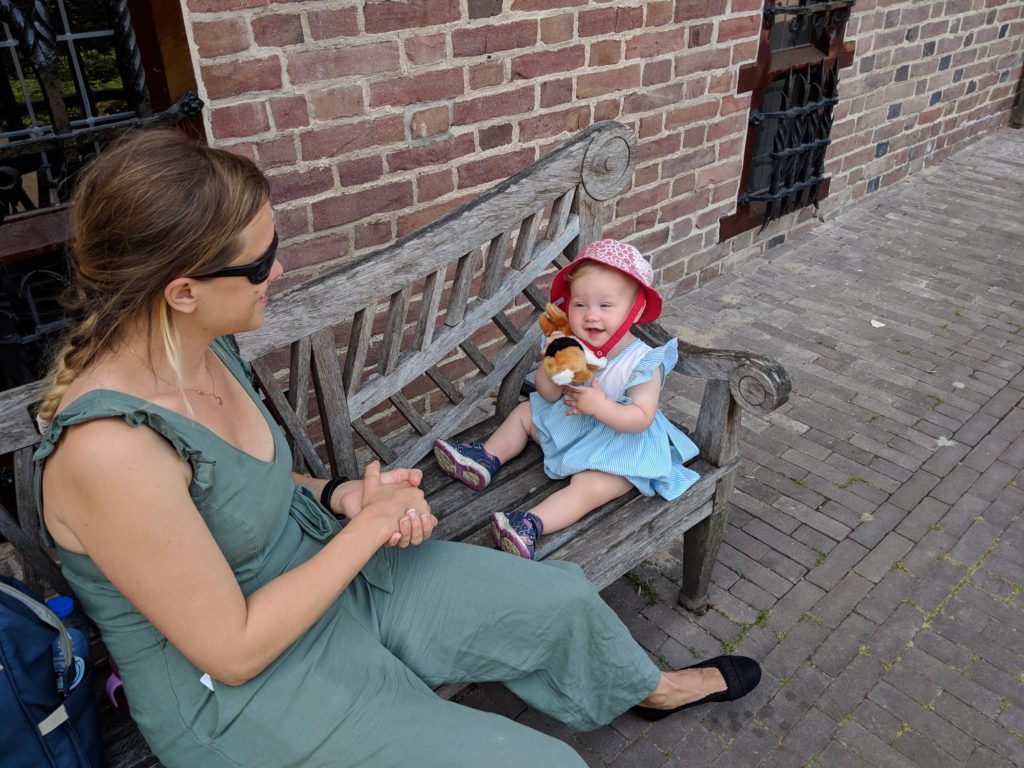 We couldn’t resist to buy a bunny to Othilia when we walked out through the museum shop. She was so happy to see it and she wouldn’t let go of the bunny.
More pictures from the castle will be displayed in the slider below. 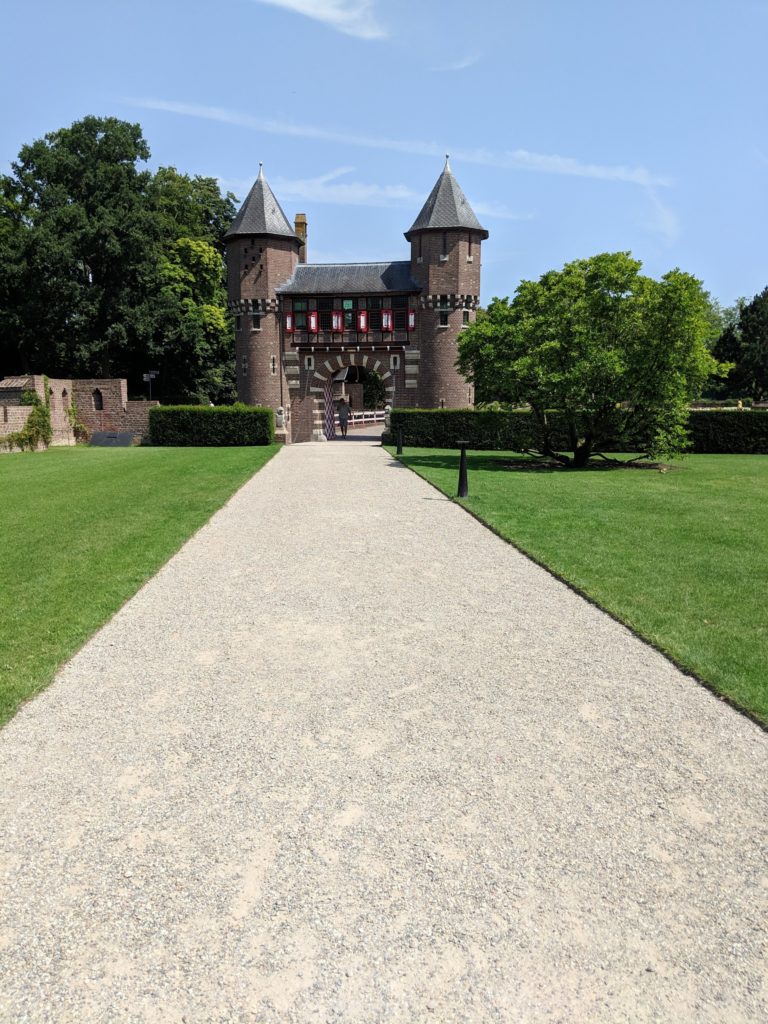 We took a short walk in the park as well before we left for Utrecht. 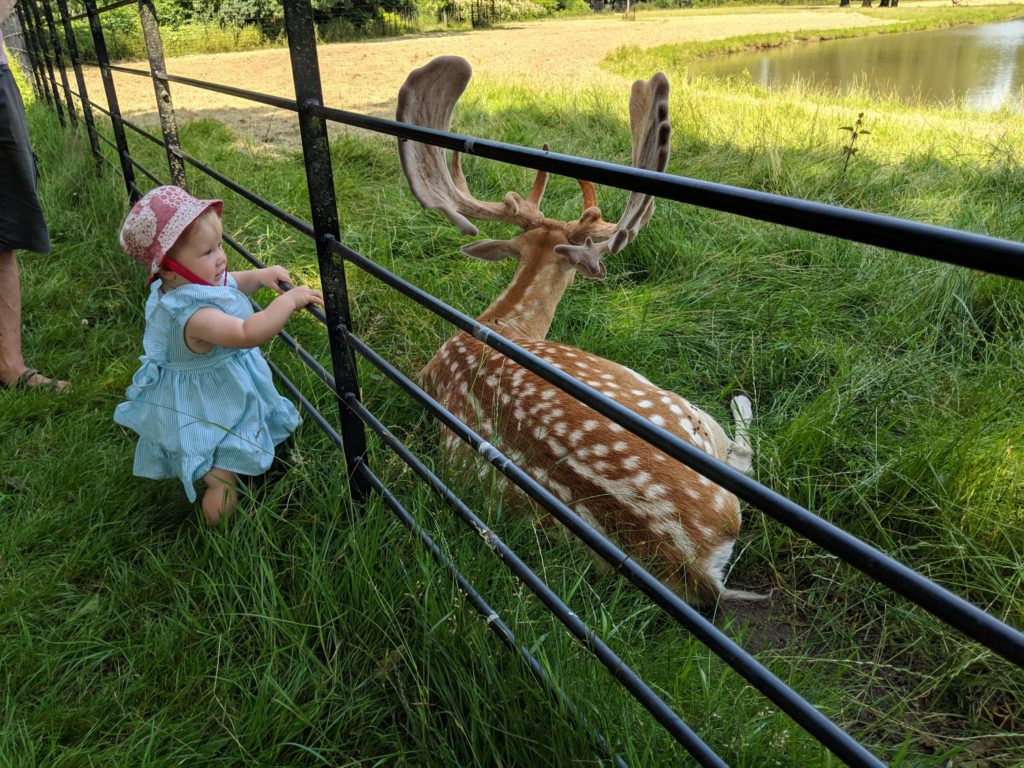 We found deers in the park and Othilia got excited. 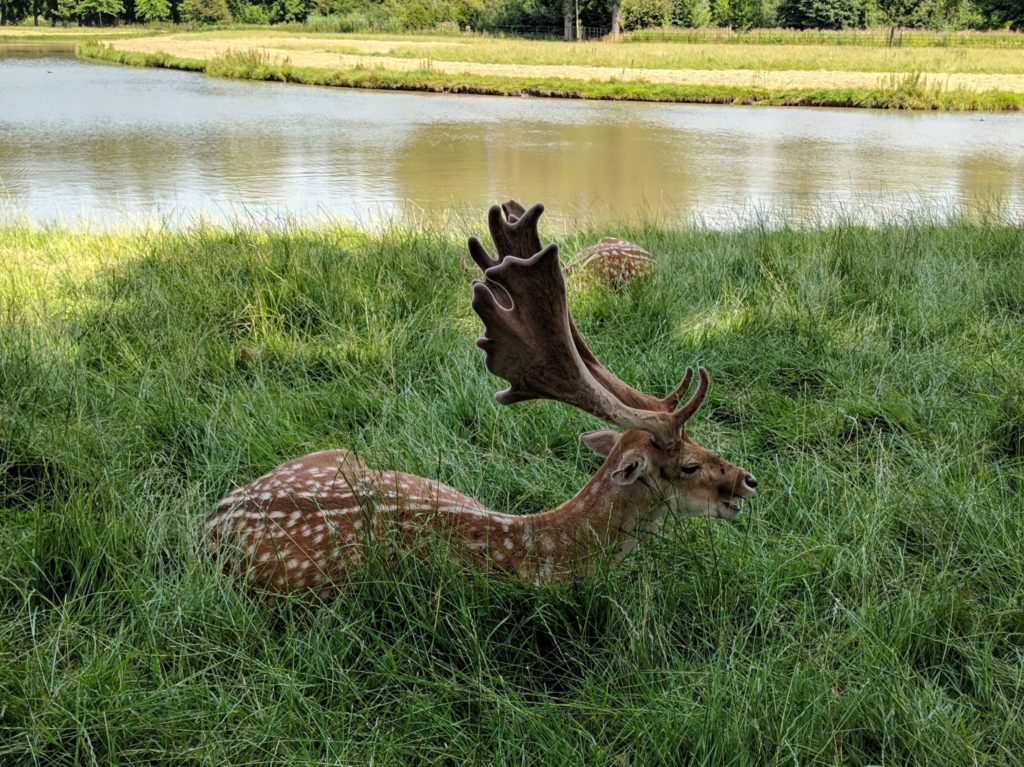 They were also staying in the shadows. 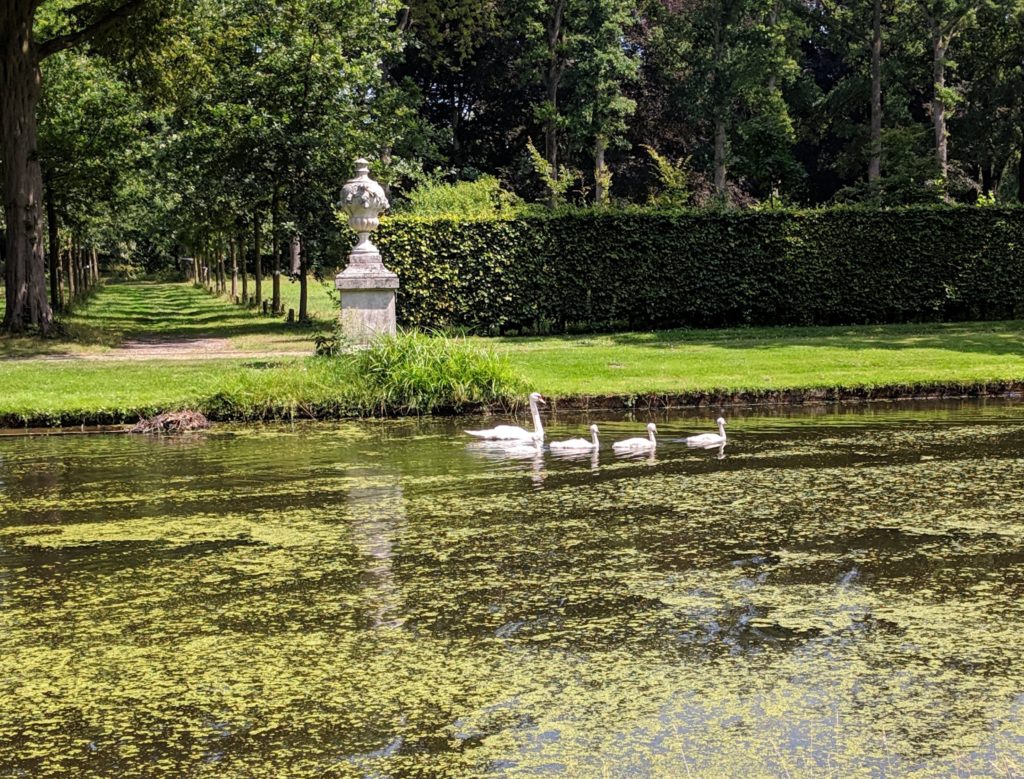 We found a swan family as well. We couldn’t stay longer, the heat was getting to us even though we were staying in the shadows most of the time.

Our original plan was to take a walk around Utrecht after our visit to De Haar Castle, but the heat forced us to find a place for us and Othilia to swim. The Evening came and we had arranged a bubb.la meet up in Utrecht so we had to leave the lake and head into the city – our only request was to sit indoors with an air-condition on full speed. 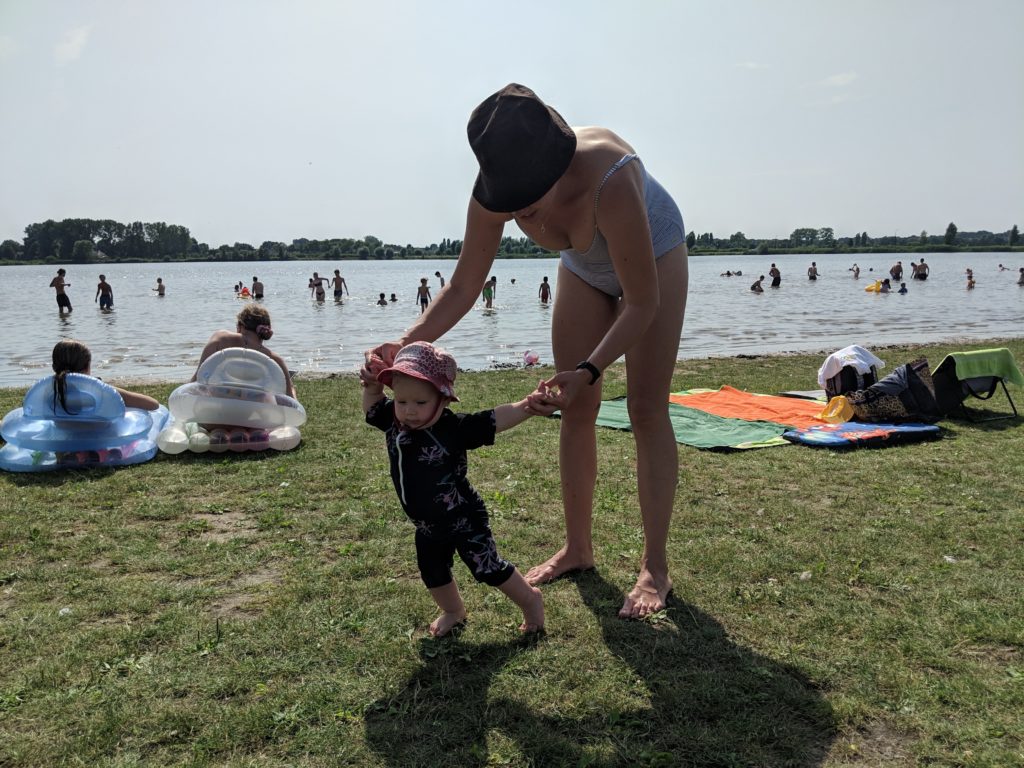 We found a lake near the De Haar castle so we went there to spend our afternoon waiting for our bubb.la member meet up. 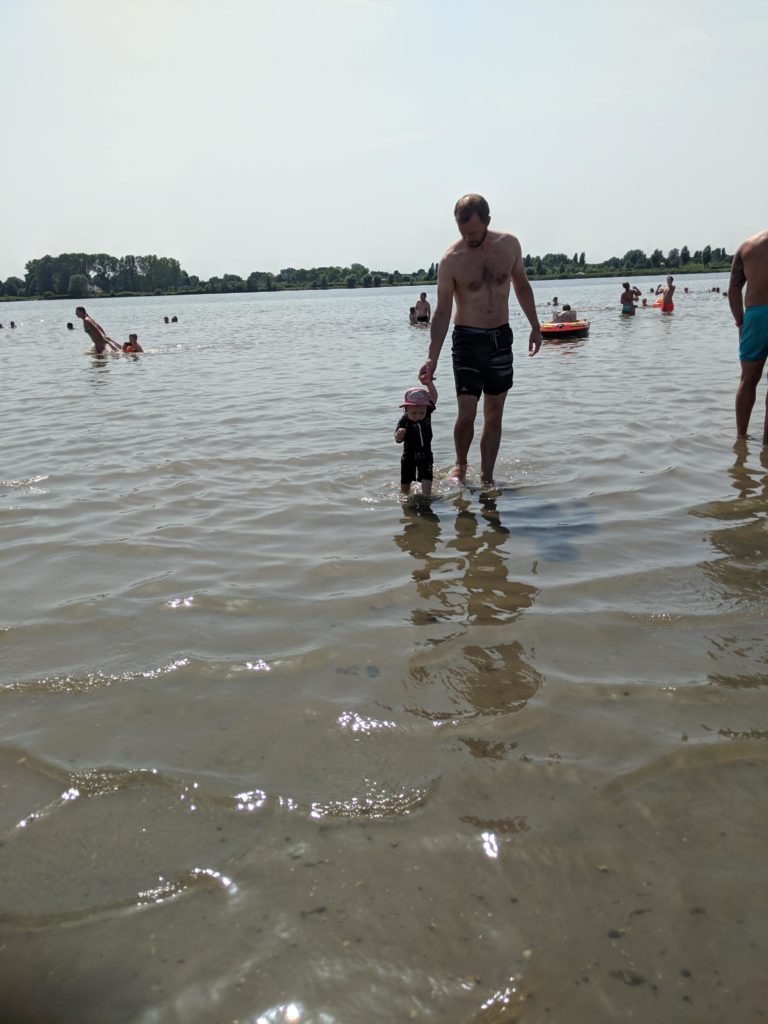 Othilia and dad in the water. 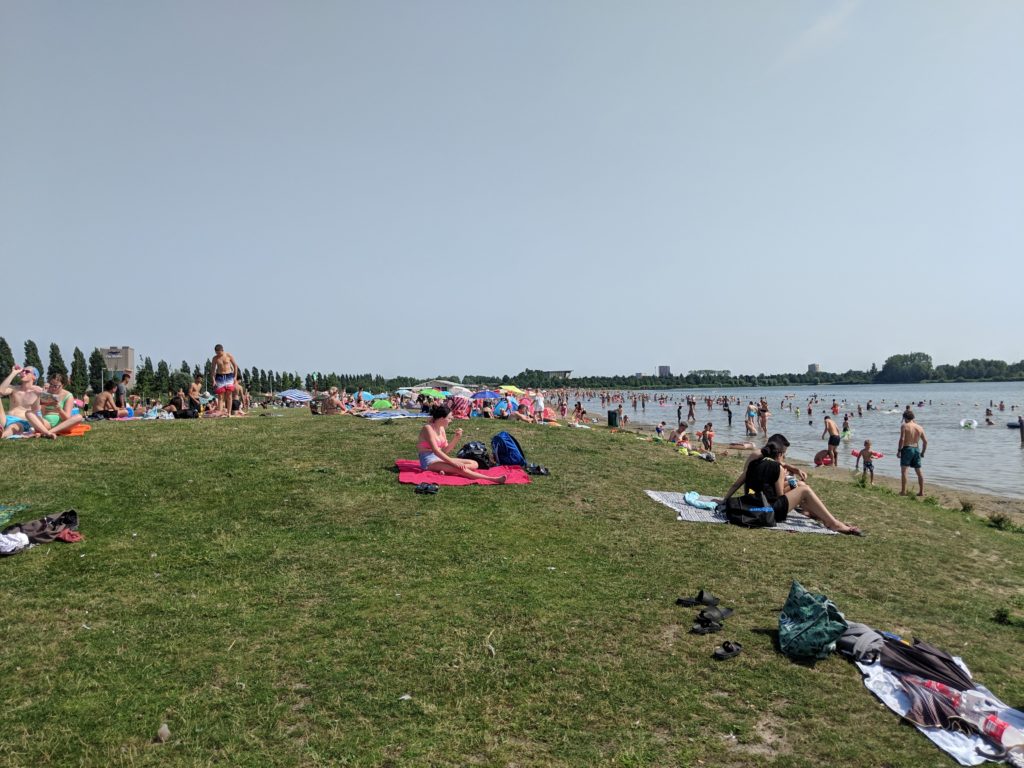 We were not the only ones escaping the city during the heat wave. 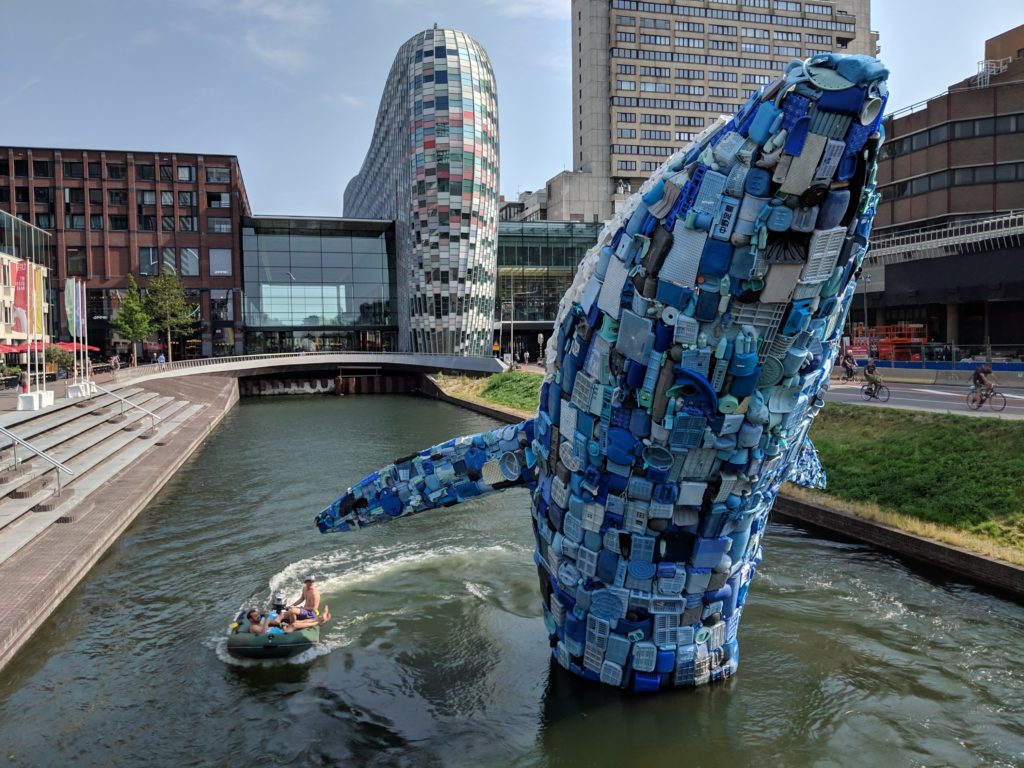 Early evening and we were in the city of Utrecht. 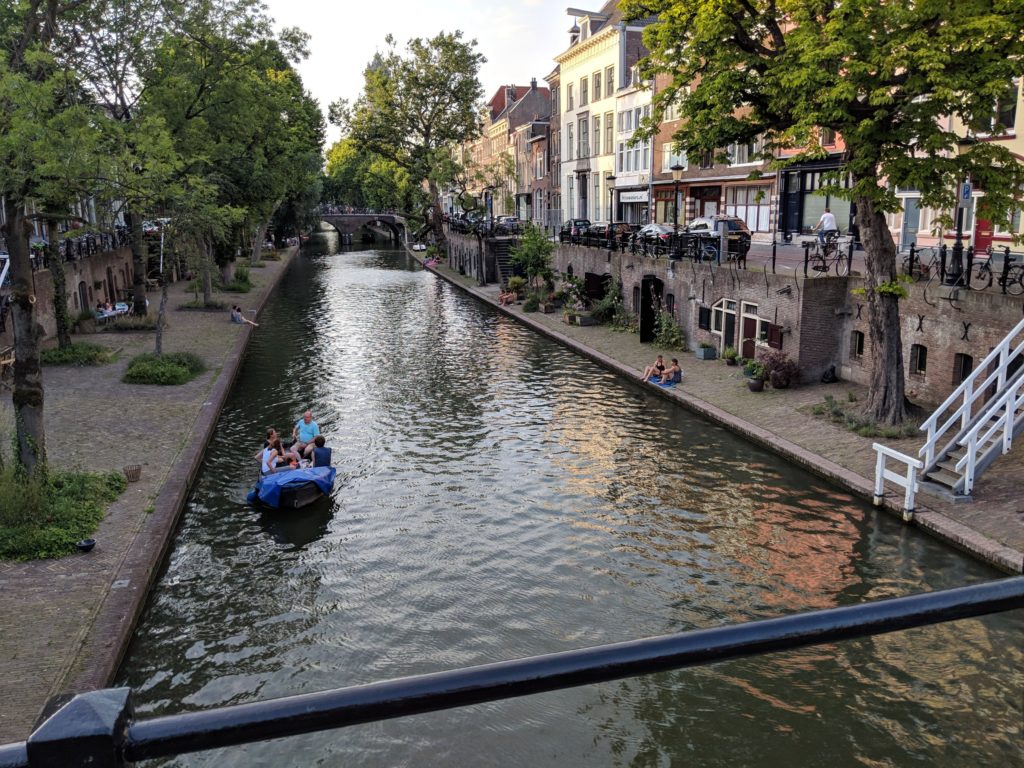 We ate dinner here and then took an evening walk in the city center of Utrecht. 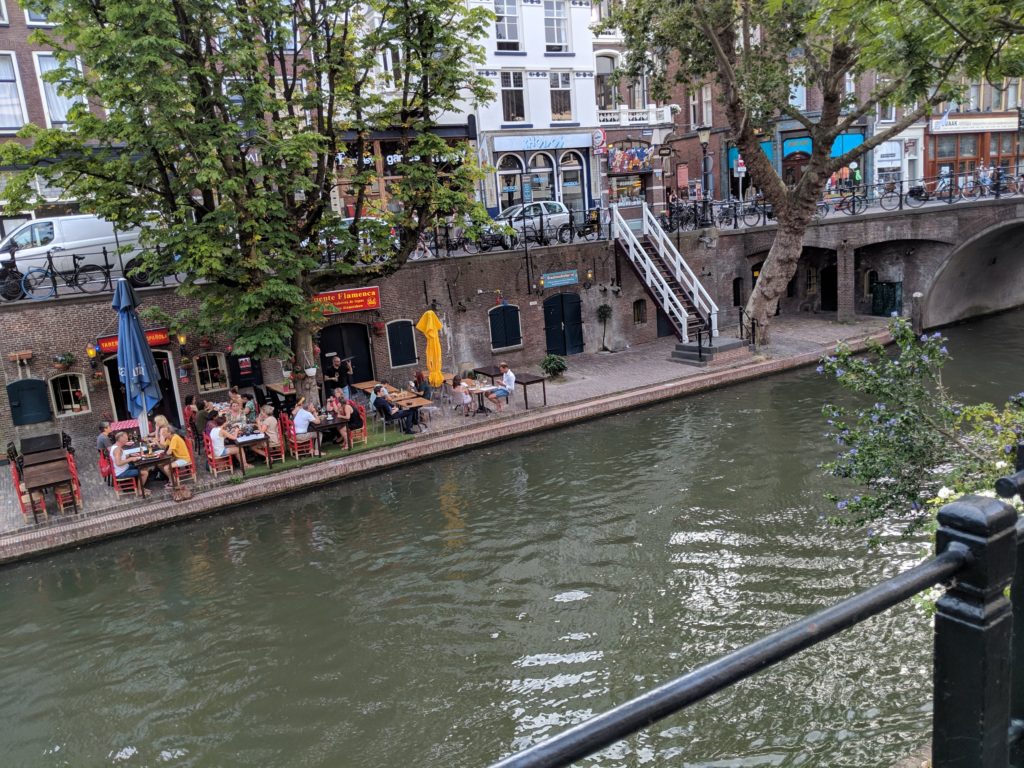 The city once had a much higher water level, that is why you find a lower ground level next to the canal today and both restaurants and tenants take advantage of that. 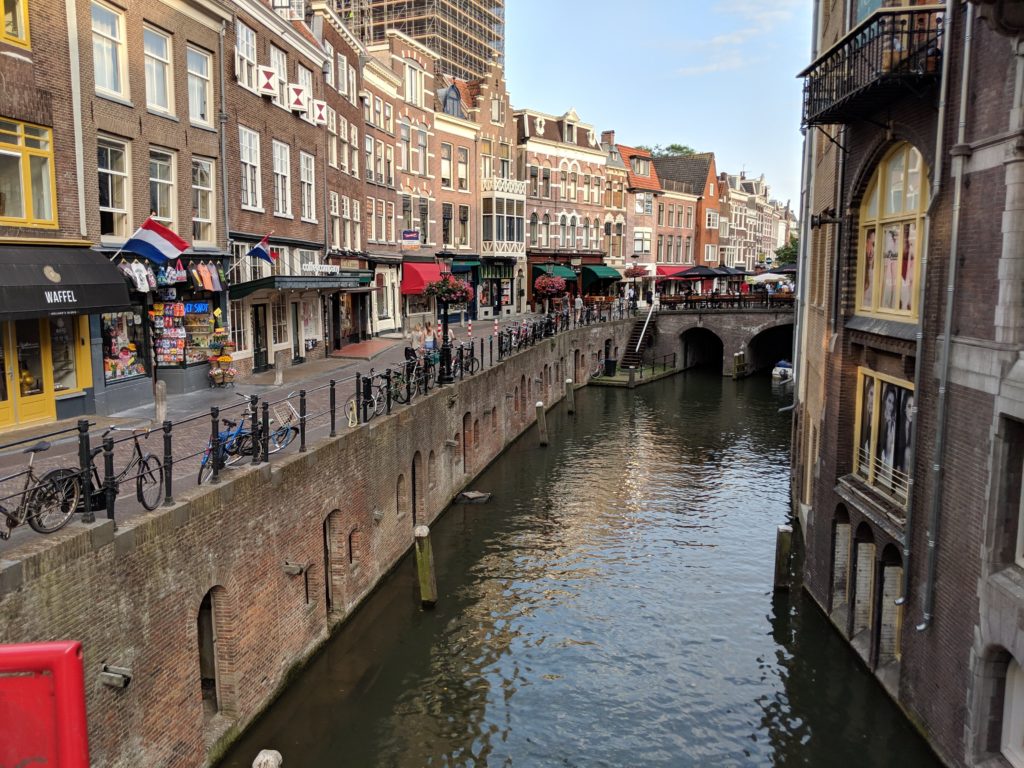 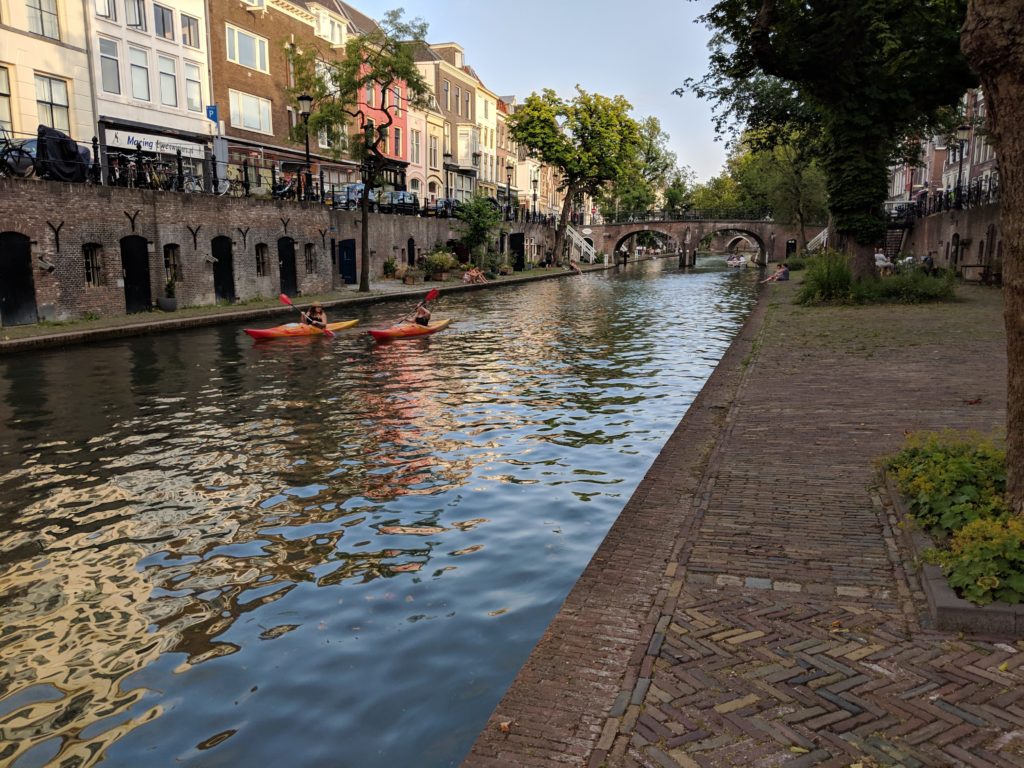 The canals are also used for kayaking and swimming in. 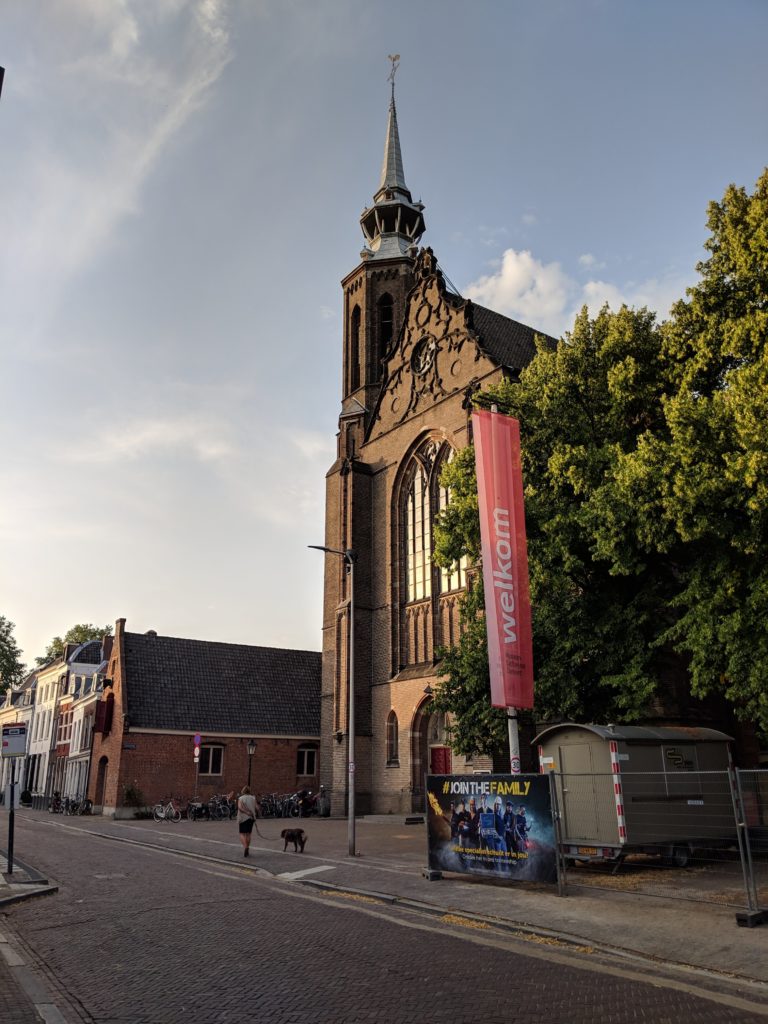 The sun was going down and we had to say good bye to our new friends. We didn’t have so many days left here in the Netherlands and we wanted to go on one more adventure before leaving the Netherlands. More about that in our next blog post.