We were back in Prague with a busy schedule. It was going to be intensive days with the King family, Křivoklát castle, libertarians, meetings and just enjoying being in a bitcoin-friendly environment.
The King family are close friends to us and we enjoy going on adventures with them. This time they showed us the Křivoklát castle located in Křivoklátsko Protected Landscape Area. There is a small bubb.la premium enclave here in Prague so we wanted to meet up with them as well. Our days here in Prague were so busy so Ulrika actually had to make a schedule for our time here so we didn’t double-book anything. 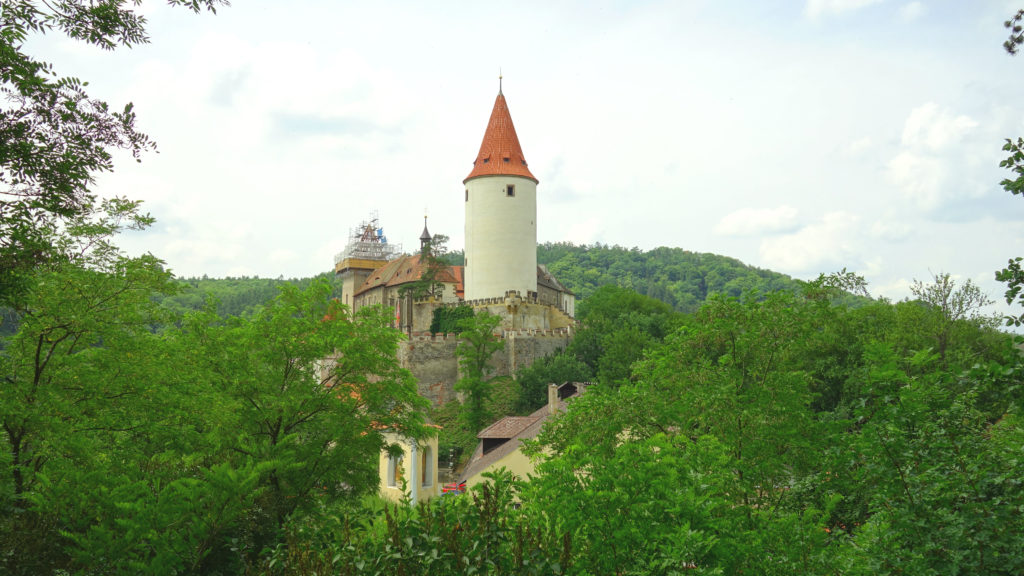 Prague is a place that we keep returning to. This time around, the King family took us to Křivoklát Castle – a 13th century castle one hour outside of Prague. 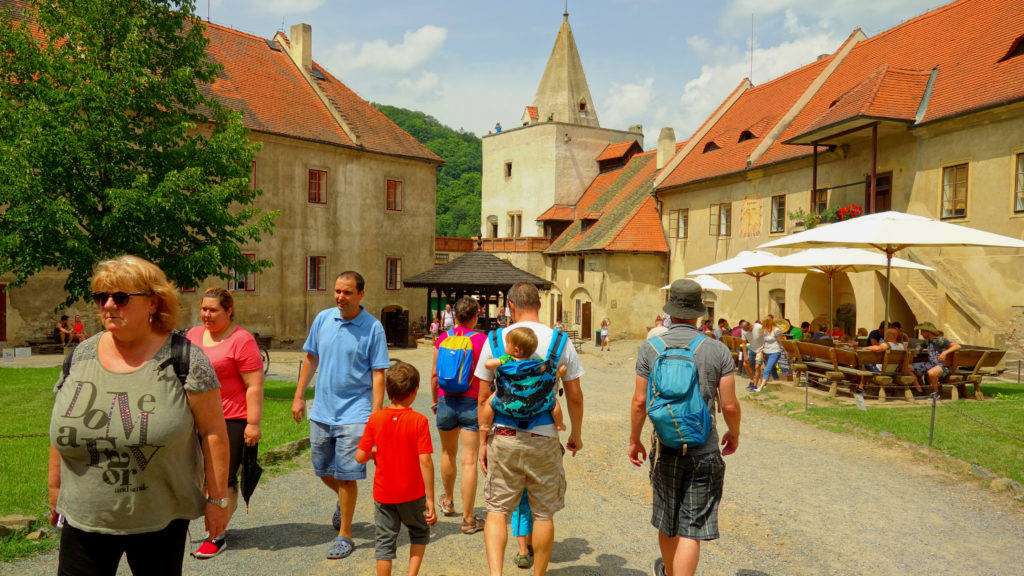 The whole crew inside the castle. 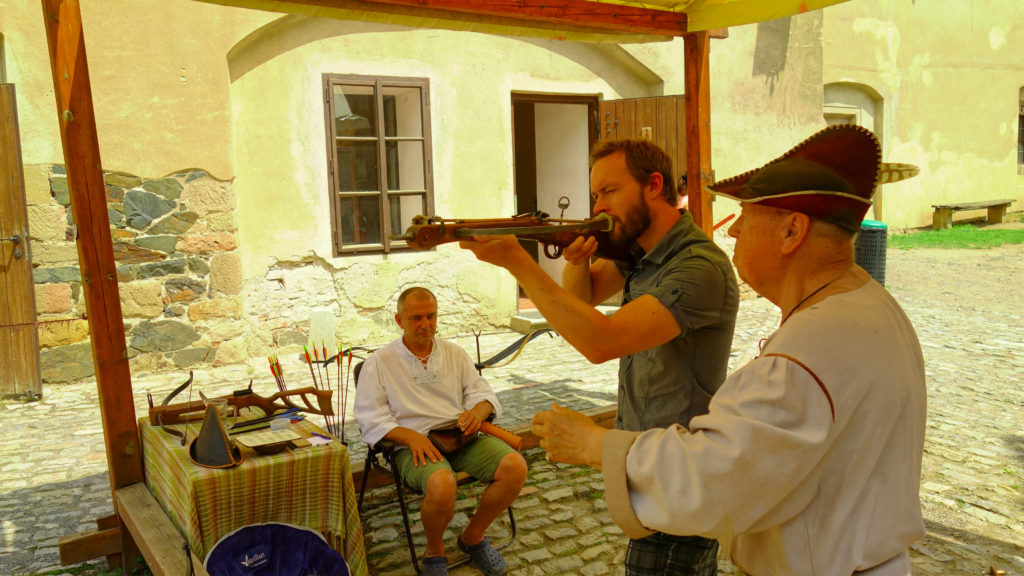 They have a medieval setting in the court yard where we could try shooting with crossbows. 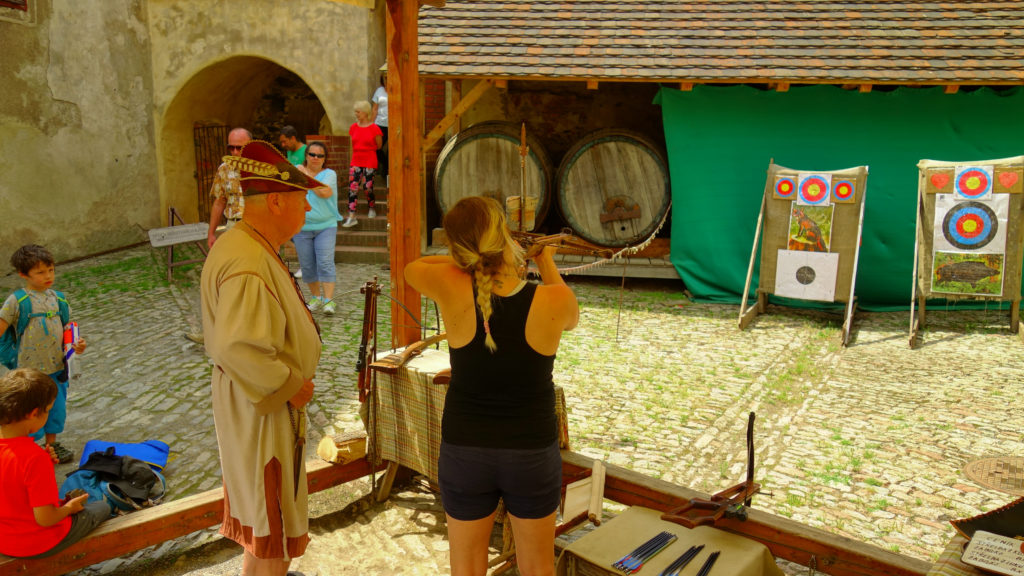 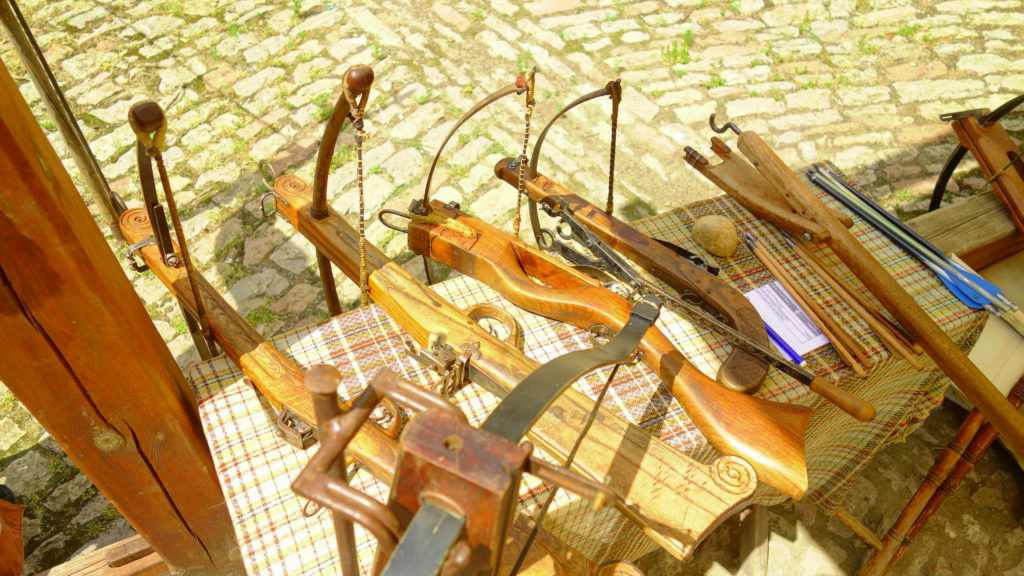 We could choose between different crossbows, even modern ones were available. 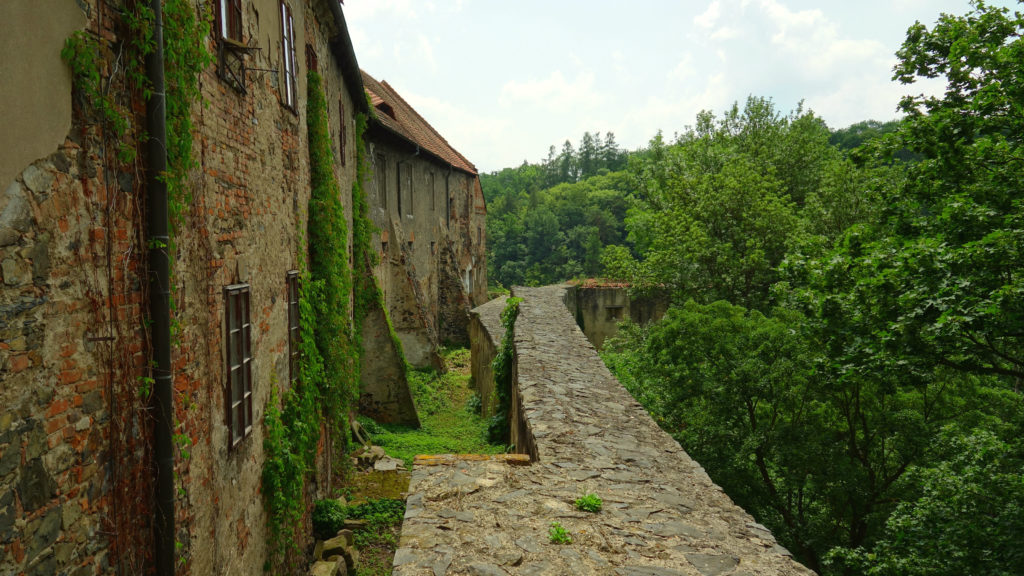 We took a look around before we went for a trekking in the surrounding landscape. Křivoklát Castle is located in Křivoklátsko Protected Landscape Area, an area with rich biodiversity. 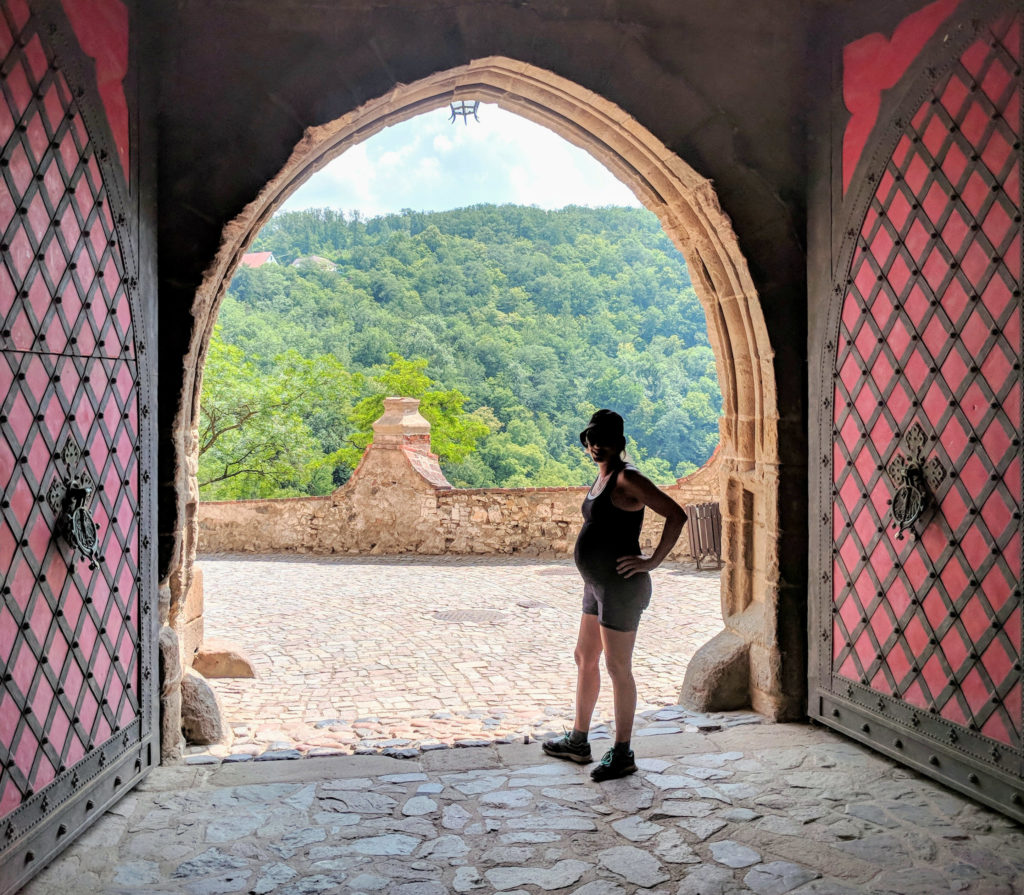 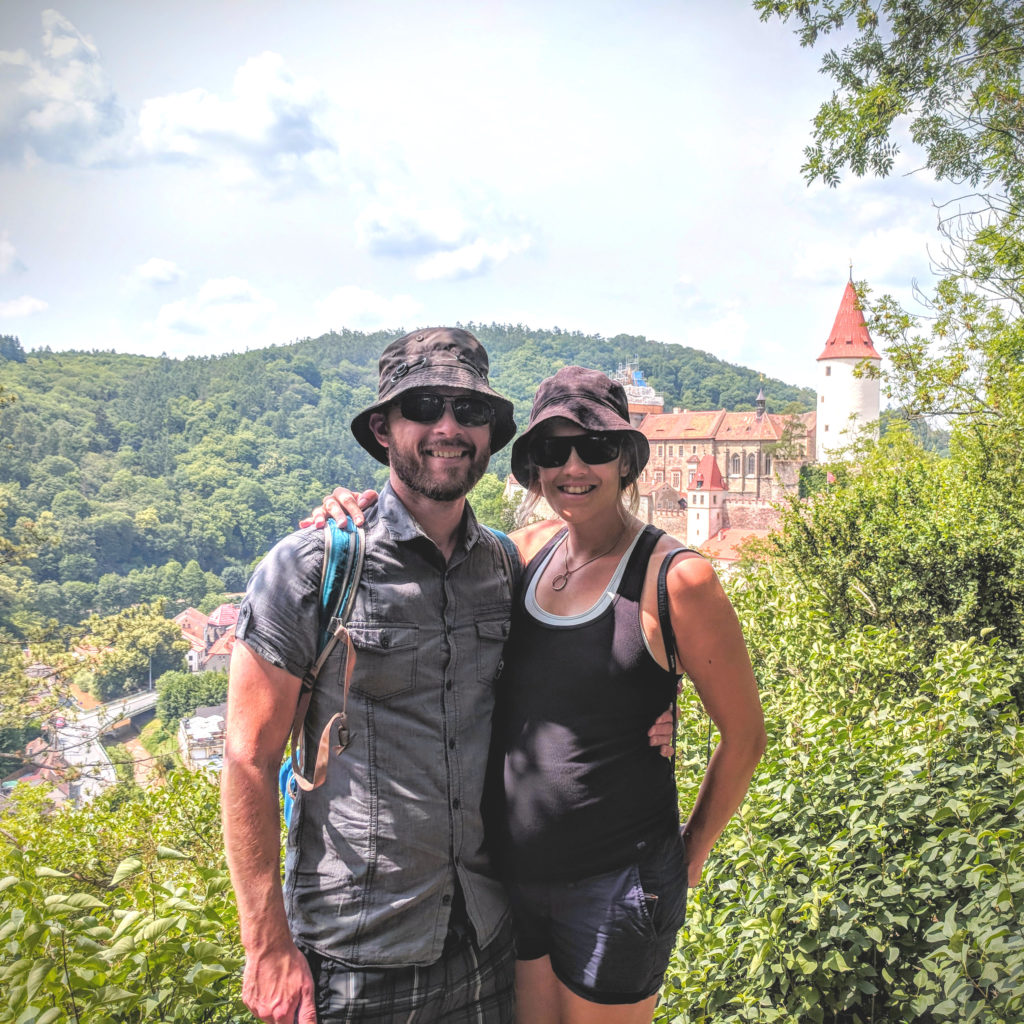 Usually we don’t end up in the same picture, so it was nice to have Caroline take one of us! (Photo by: Caroline King) 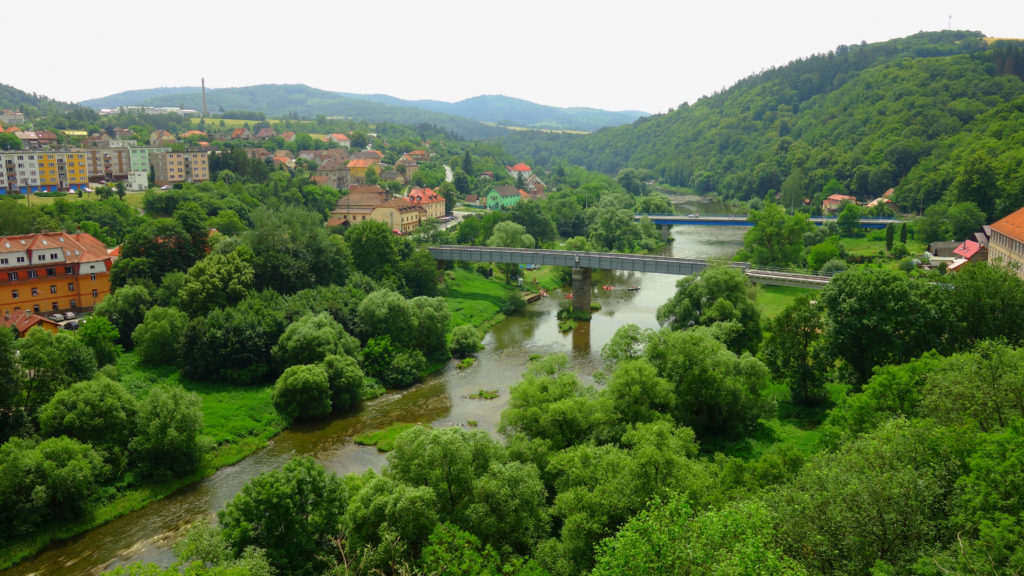 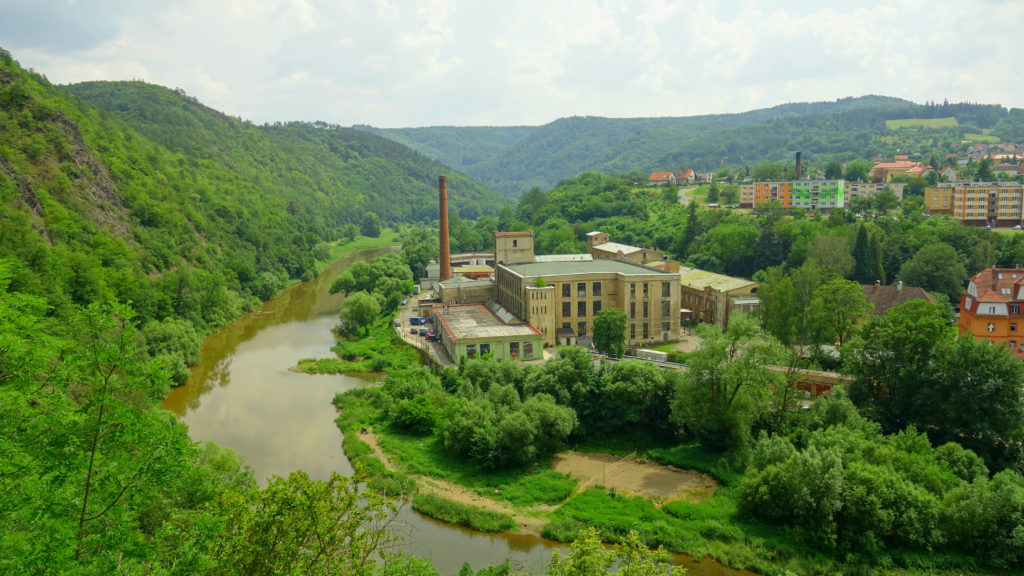 Remnants of the Soviet era are still present and it creates a spectacular contrast to the life-fullness of the surrounding nature. 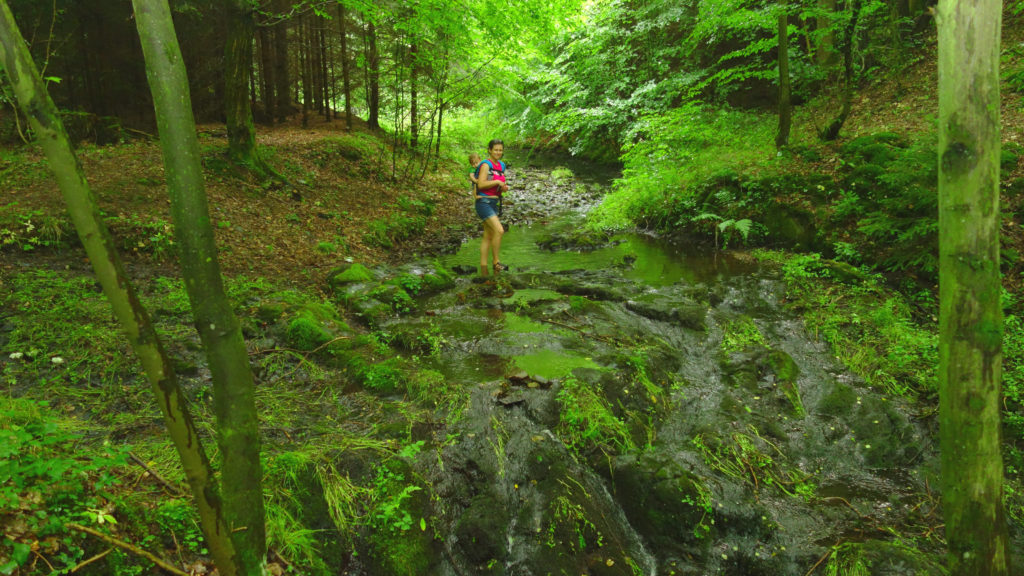 Our goal was to hike to a waterfall that ended up being really small, but we had a fantastic day anyway with the King family. 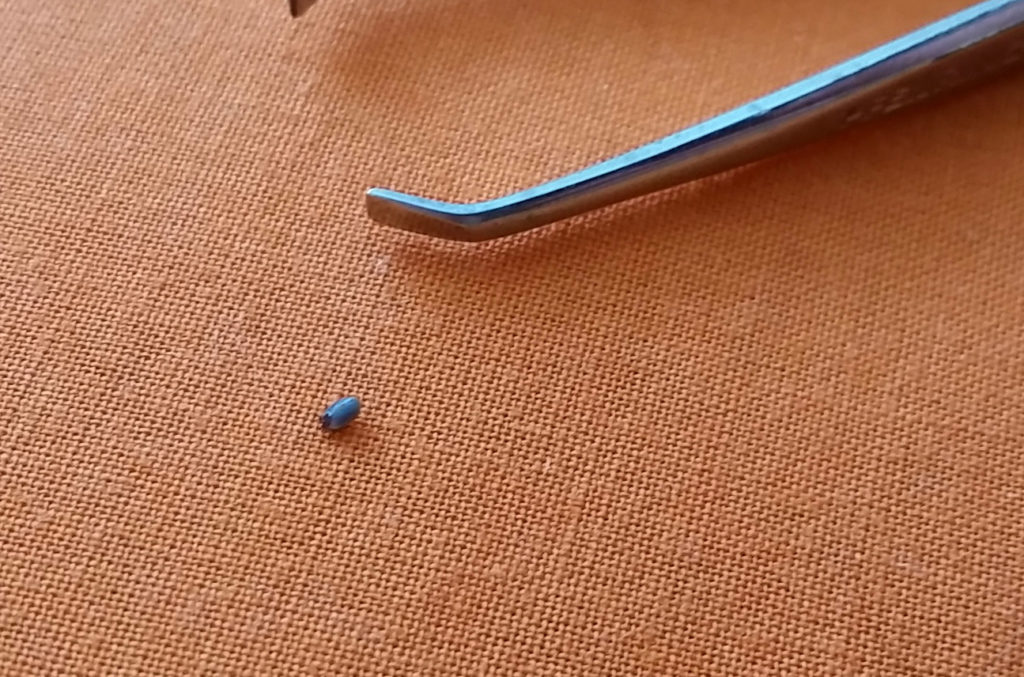 There are a lot of blood sucking insects in Czech Republic nature, both ticks and deer flies were trying to get a meal from us. Pontus found this tick on him a few days after our hike even though we carefully checked ourselves after the hike. 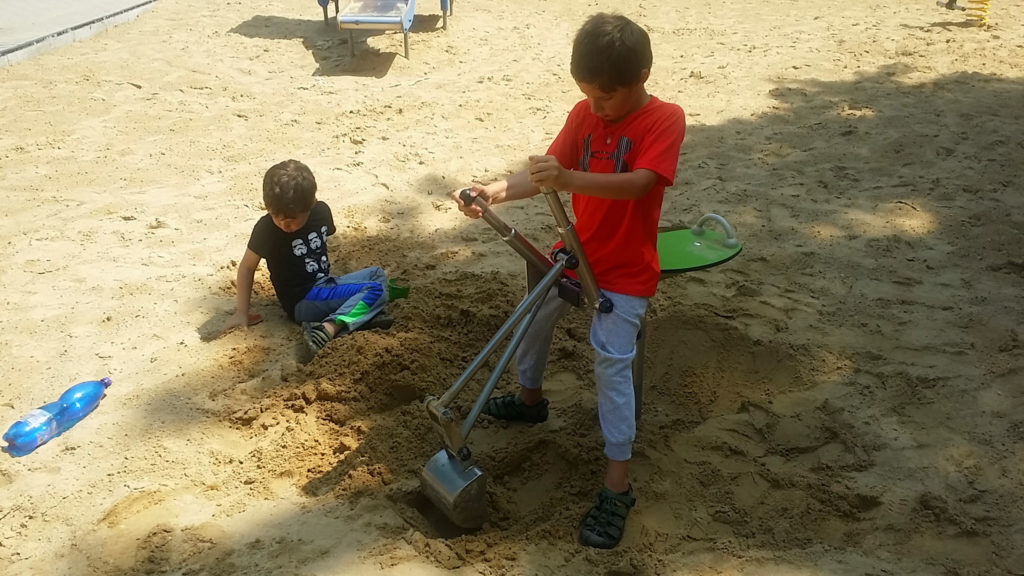 It is nice that the older King boys feel comfortable enough with both Pontus and Ulrika, so we can look after them. Pontus spent a couple of hours playing with them while we other grown ups had different missions – Thank you Caroline for helping Ulrika with finding appropriate clothes 🙂 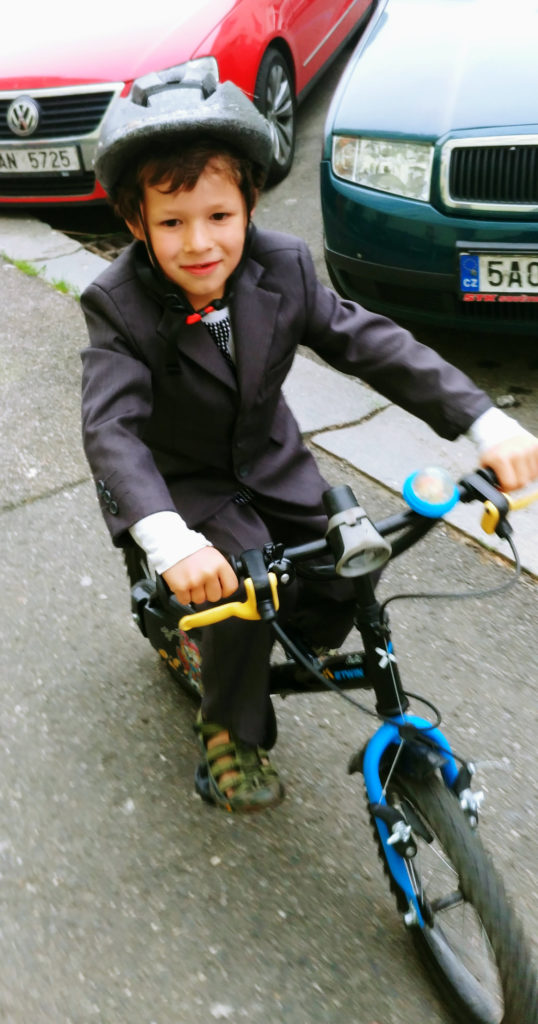 Henry has a special taste in clothes and he loves his suit – we think he looks awesome! 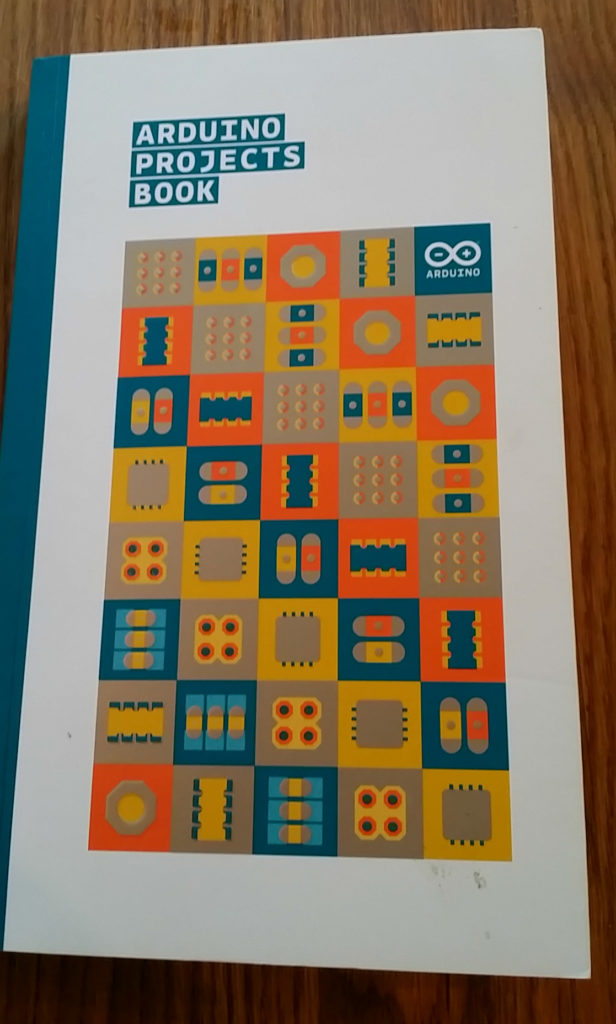 It is also interesting to come visit an unschooling family and see what kind of projects they are working on. Arduino is the focus right now and it seems to be a great education tool for children (and adults). Arduino is an open-source electronic prototyping platform and the purpose is to enable users to create interactive electronic objects – robots in other words. 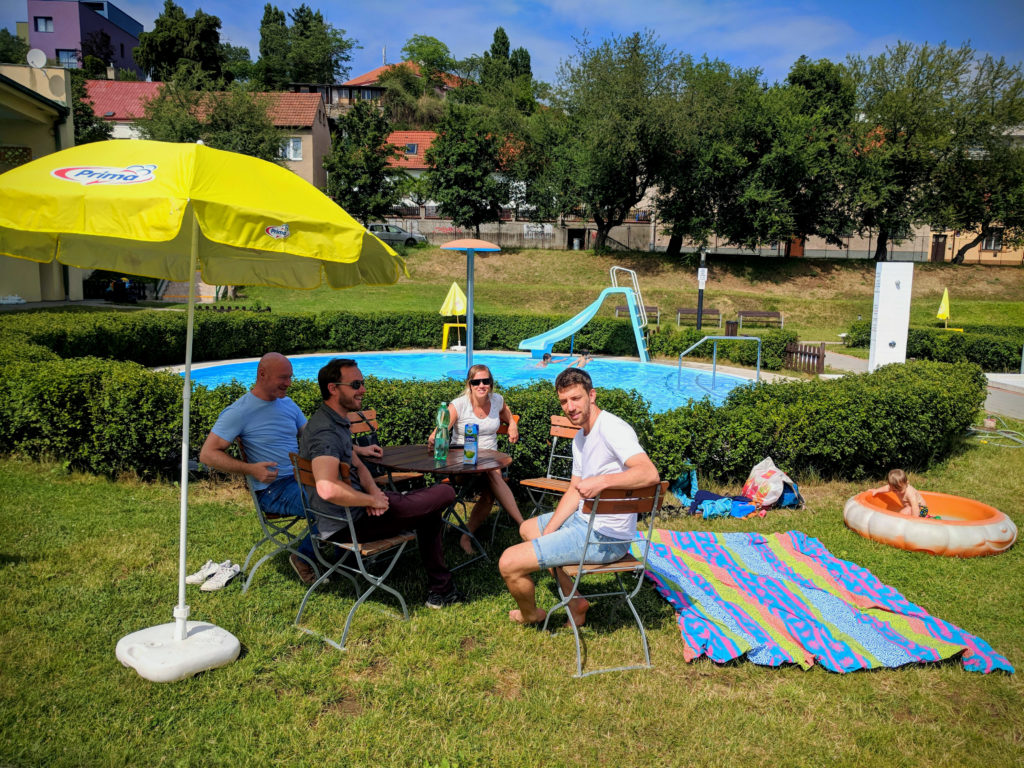 We had a really busy week in Prague, but we could manage to attend a bubb.la meet up while we where here. We invited our newly found Llbertarian Australian friend to join the Swedish enclave here in Prague. (Photo by: Caroline King) 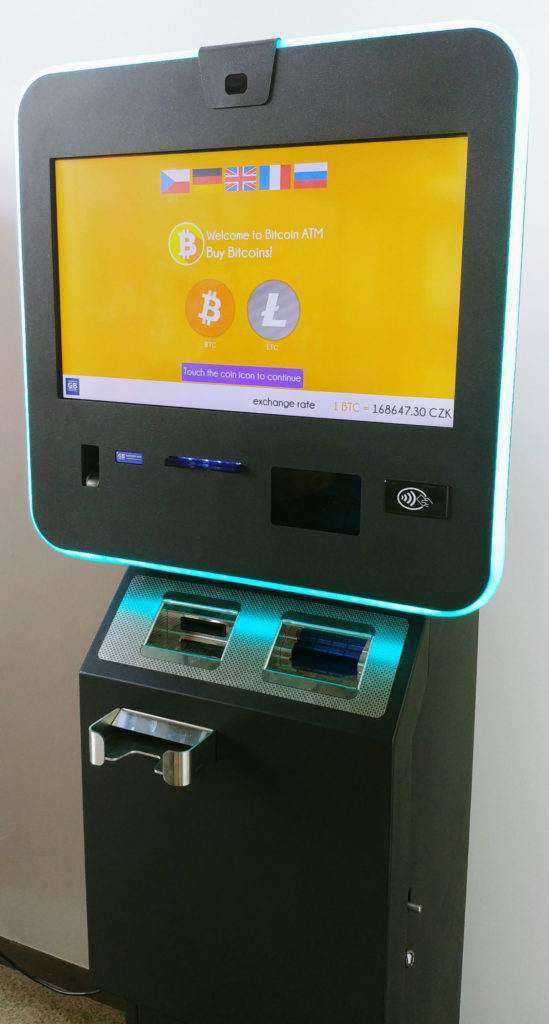 Our main reason for coming back to Prague is the bitcoin-friendly environment and the cryptoanarchy hub found here. This two-way bitcoin ATM was found in one of the local malls here in Prague, so it is so easy to exchange to the local currency here. There are also places in Prague where you can pay with cryptocurrencies directly. 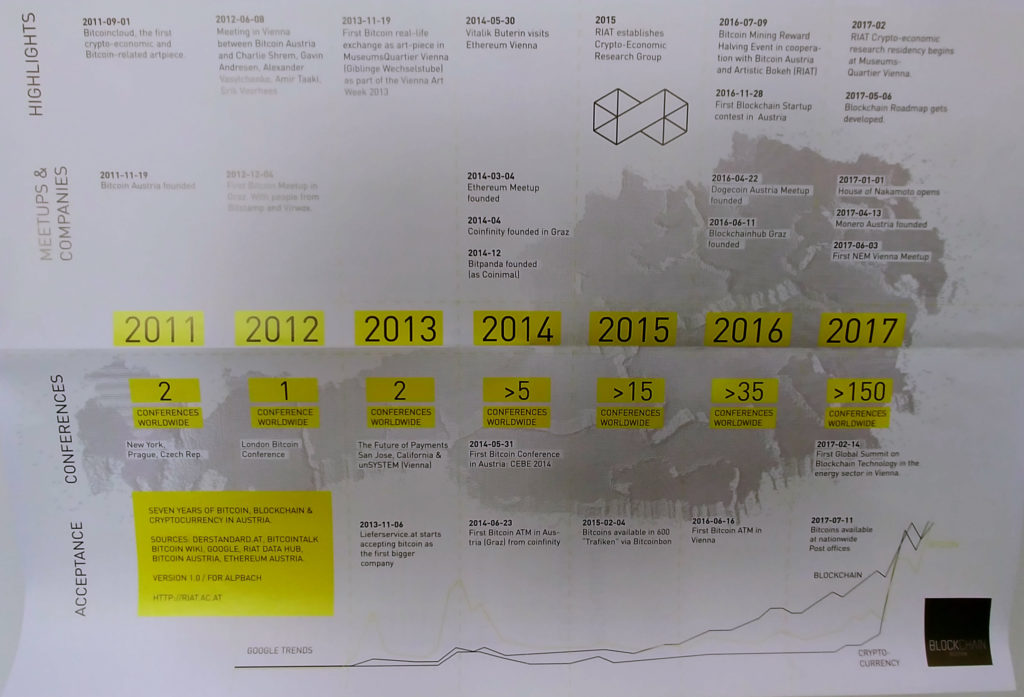 we found this poster at our favorite place in Prague, Parallelni Polis, which shows the organic growth of the Bitcoin and other cryptocurrency communities in the world. 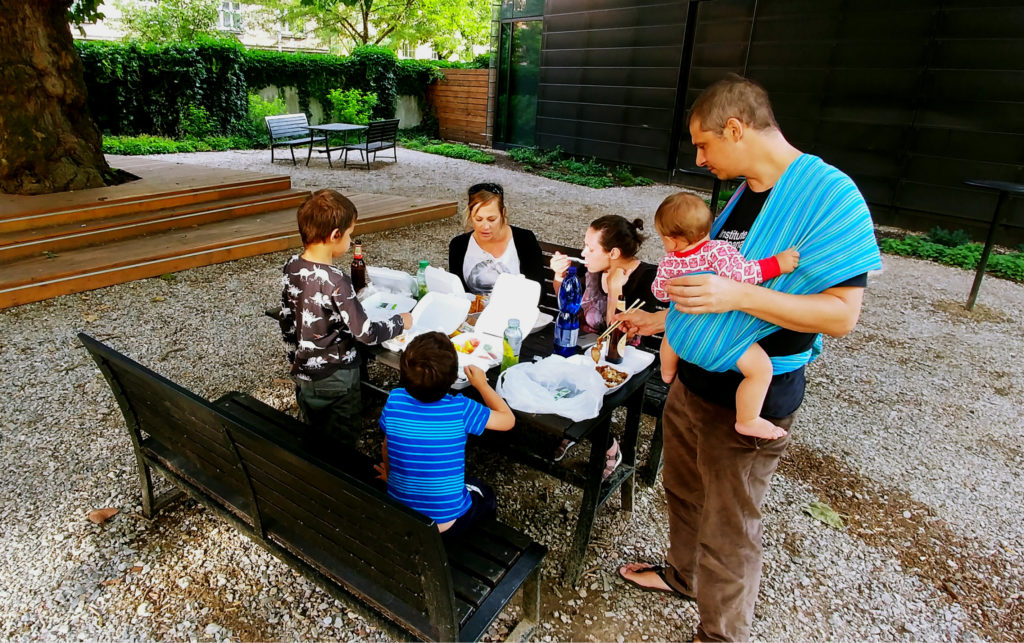 Our time in Prague went really fast so it was a bit sad to say good bye to the King family for this time. Thank you Caroline an Paul for all your help and advice we got from you this week! We are grateful for having you and your children as friends. 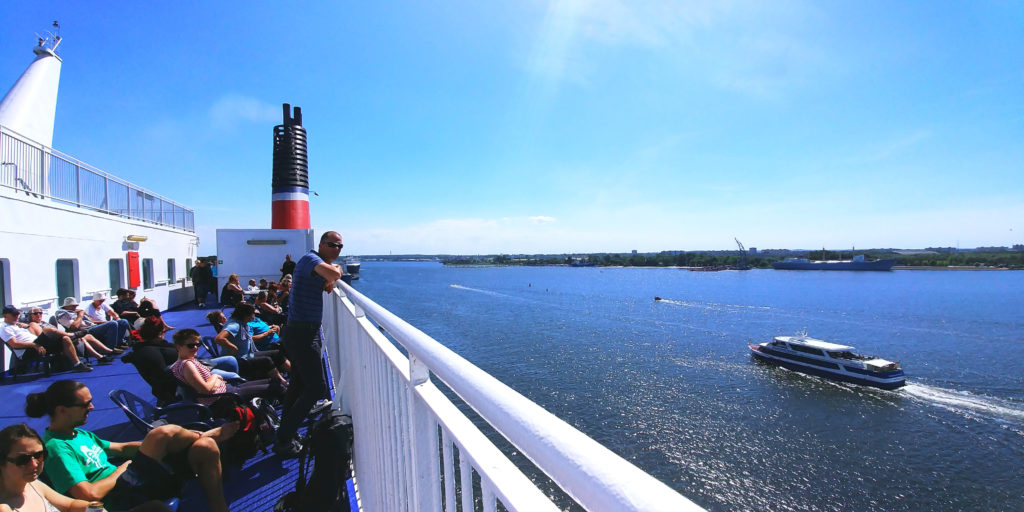 We needed to head to Sweden for important family things and celebration of love, so we tried a new way of getting to Sweden. We took the ferry from Rostock to Trelleborg and it was a smooth and cheap way to get from Germany to Sweden. We can really recommend this route! 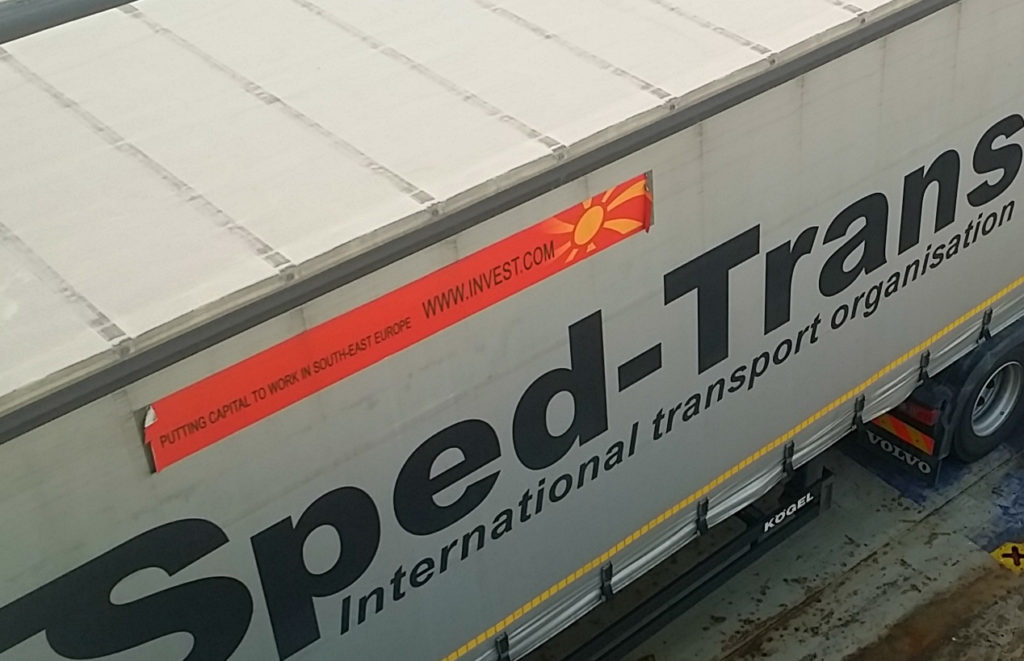