The Byzantine and Christian Museum was on our to do list in Athens and we can highly recommend spending an afternoon here if you want to learn more about the most powerful economic, cultural, and military force in Europe during the first thousand years  of our western era. We had read about the museum beforehand and our awesome Airbnb-hosts also recommended the museum, so we had high expectations on our visit and we were not disappointed. 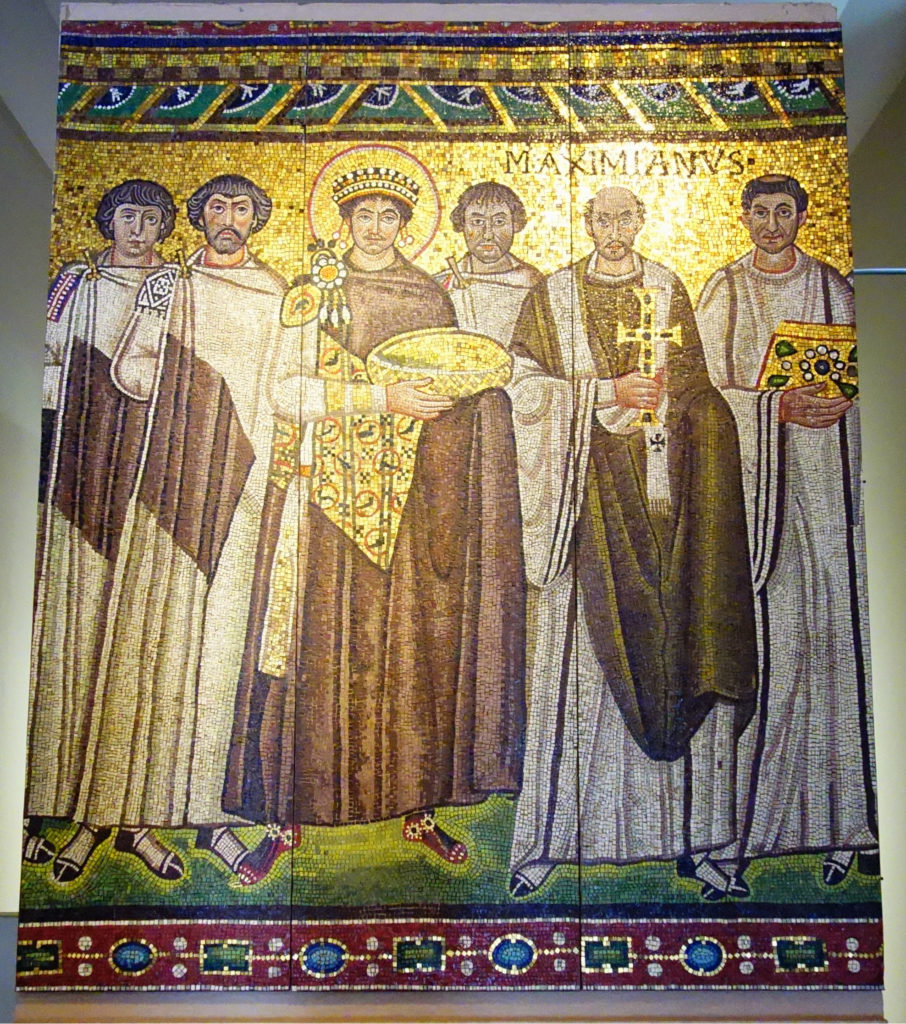 The Byzantine and Christian Museum was recommended by our Airbnb-hosts. We wanted to learn more about the early days of Christianity, so why not acquire the knowledge in Athens. 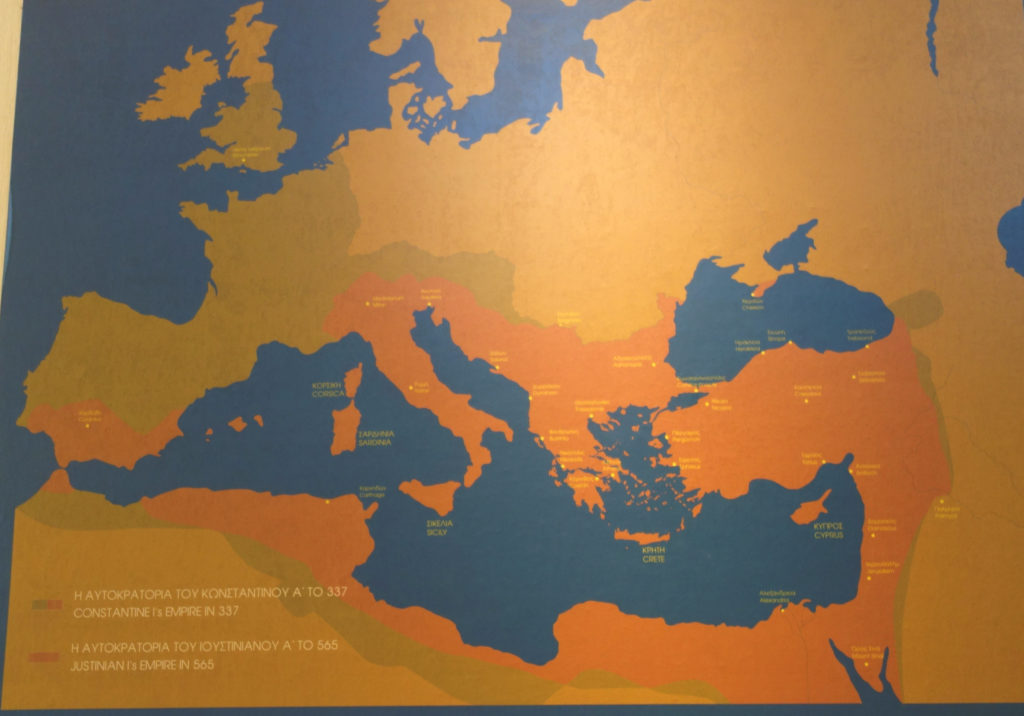 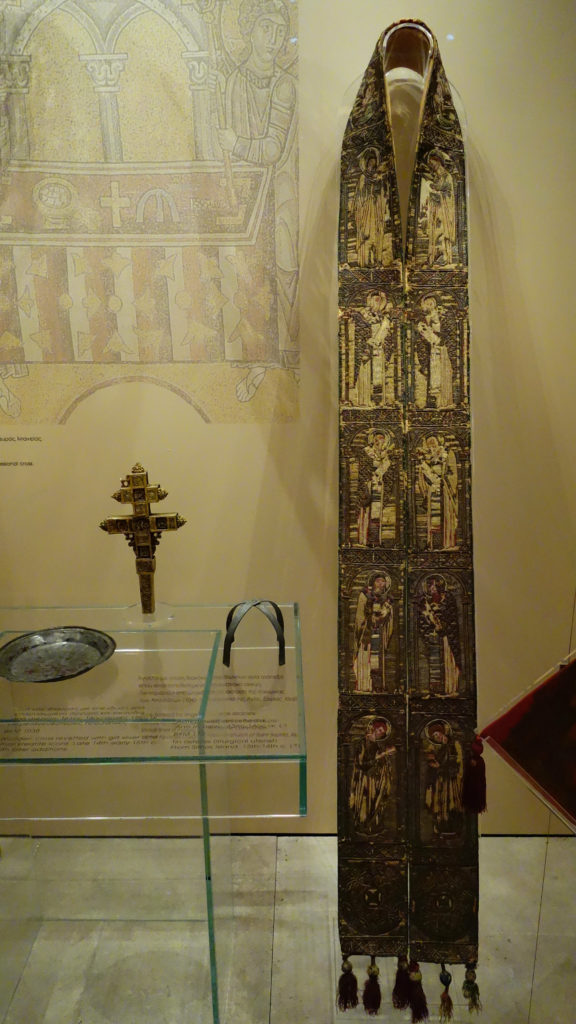 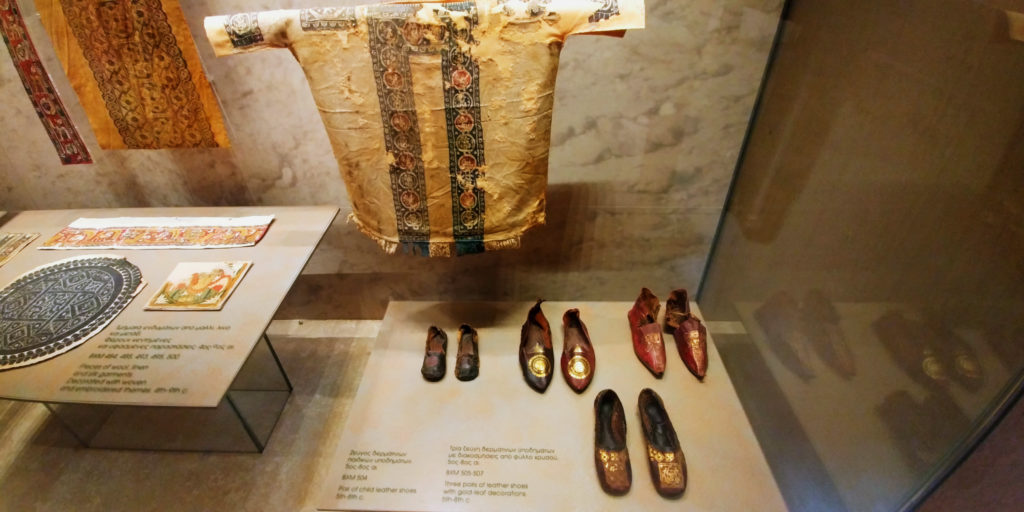 There where different sections covering art, culture, everyday life, governance, administration and religious activities from different parts of the Byzantine Empire. They even had a section covering the Copts, the Christian population in Egypt. This is clothes and shoes that a Christian child would wear in the Egyptian part of the Byzantine Empire. 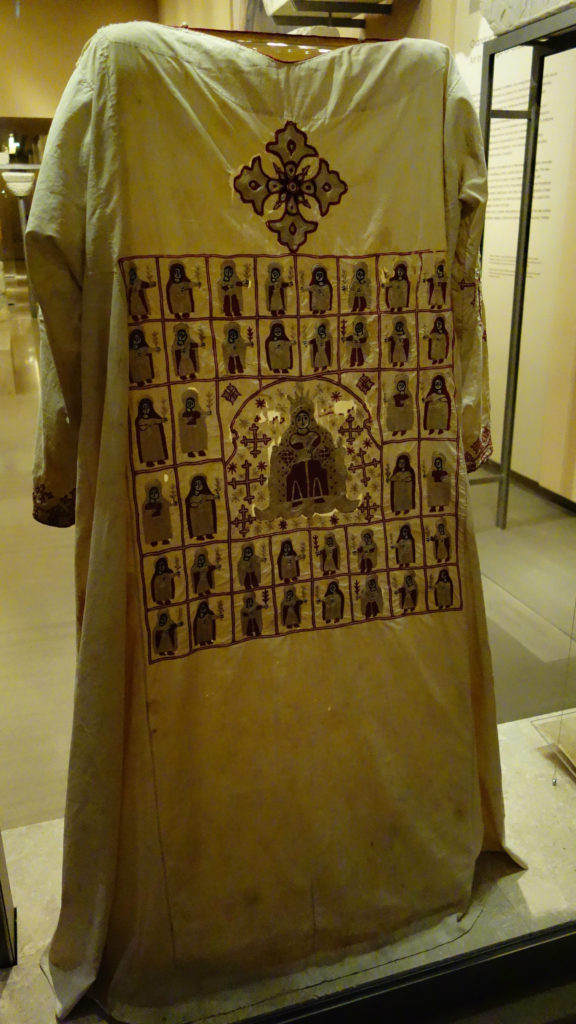 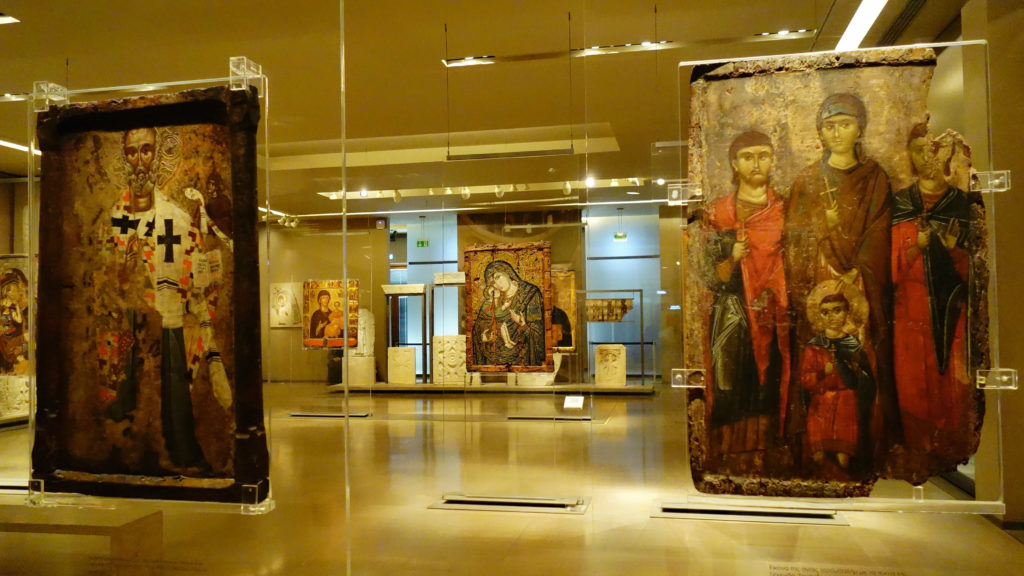 There were religious art hanging in the museum. 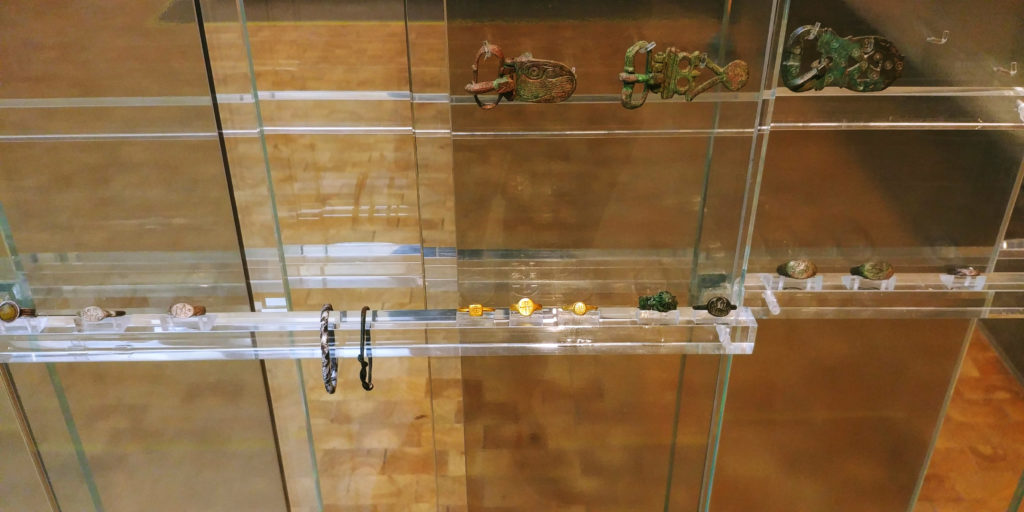 There were plenty of jewelry on display in the museum. 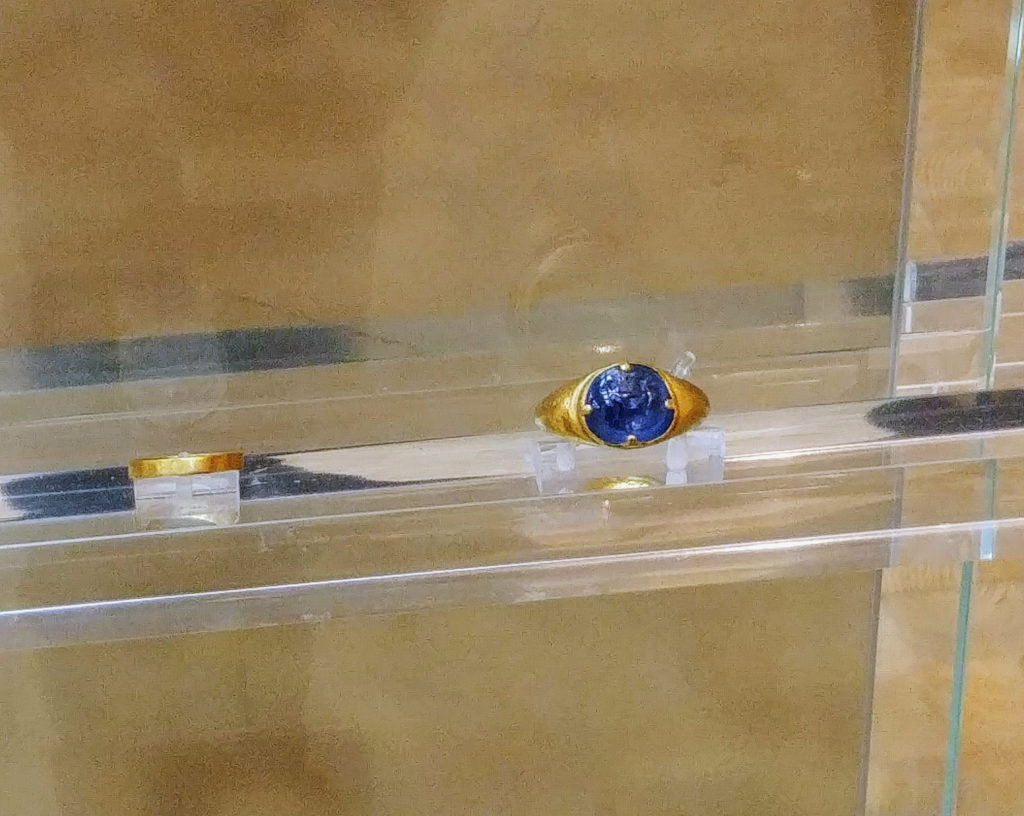 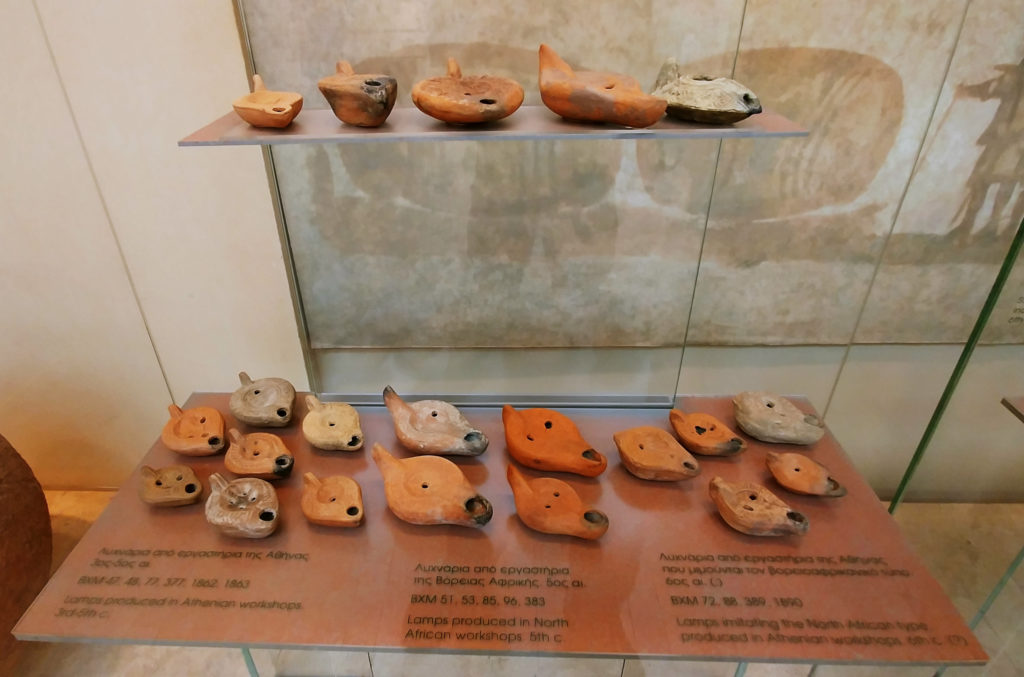 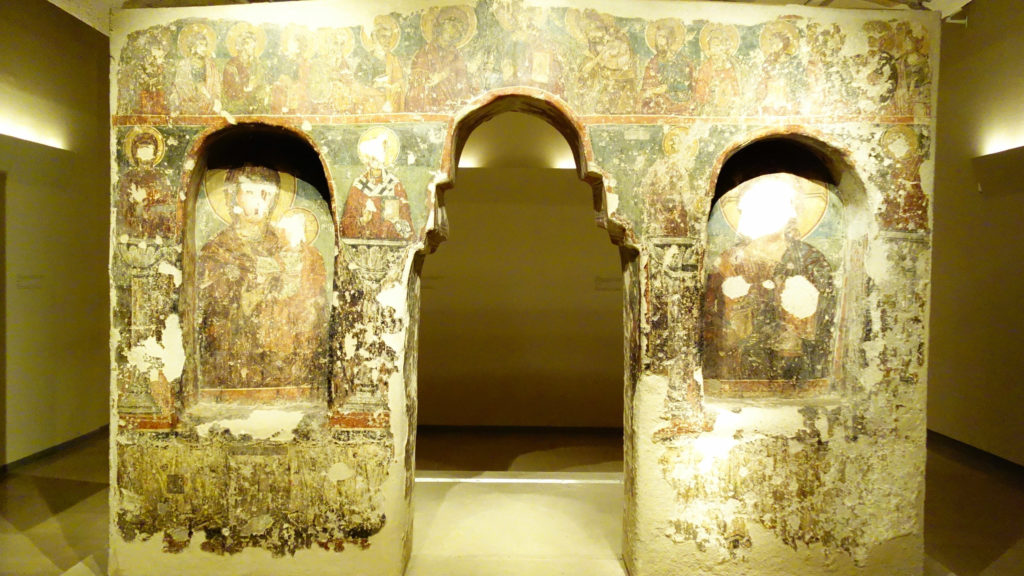 Parts of houses where also displayed in the museum, so you got a feeling for Byzantine architecture. More pictures from the museum can be found in the slide show below. 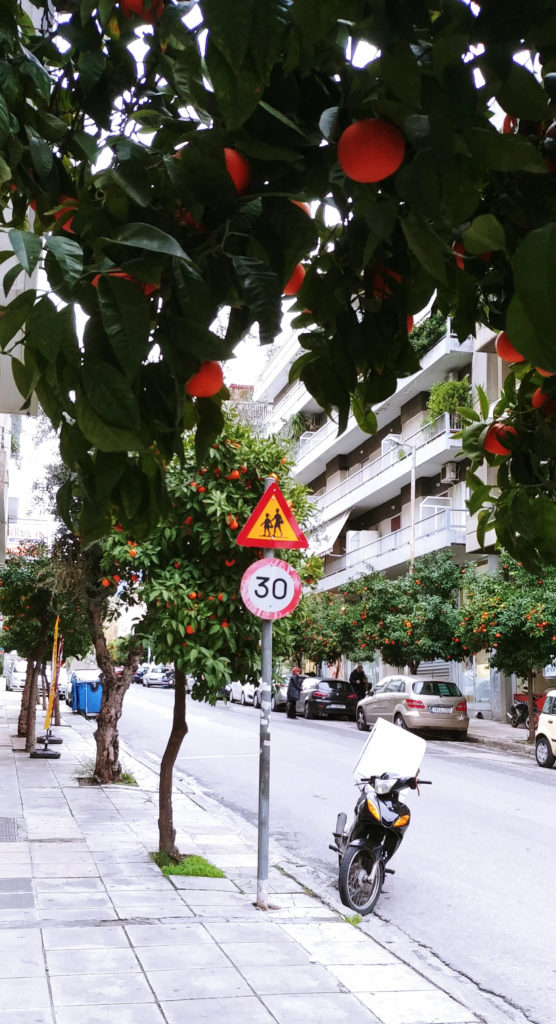 Athens is huge, but we managed to get a feeling for the neighborhoods we where surrounded by. They grow non-eatable orange allées in the city. 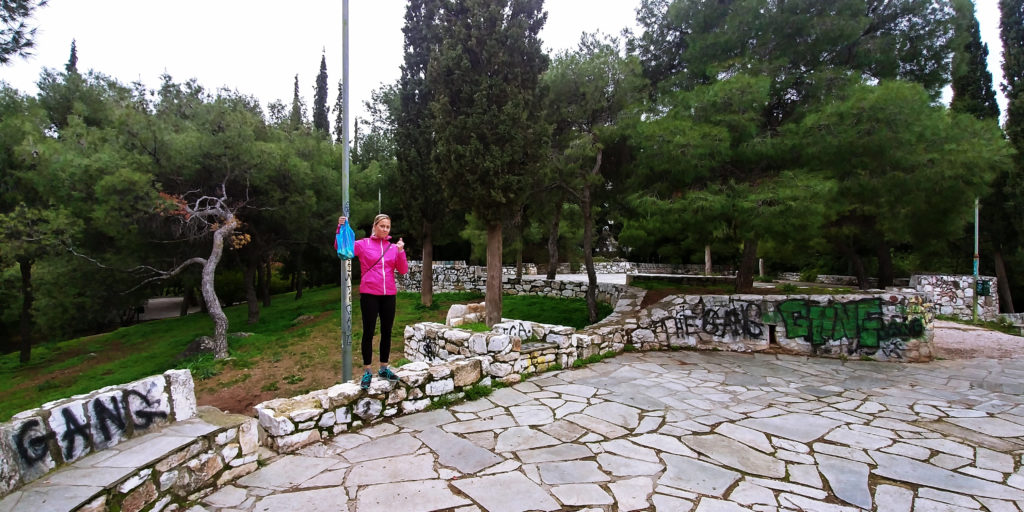 Athens has a lot of smaller and bigger parks. We had a lovely pine forest park near us that we explored. 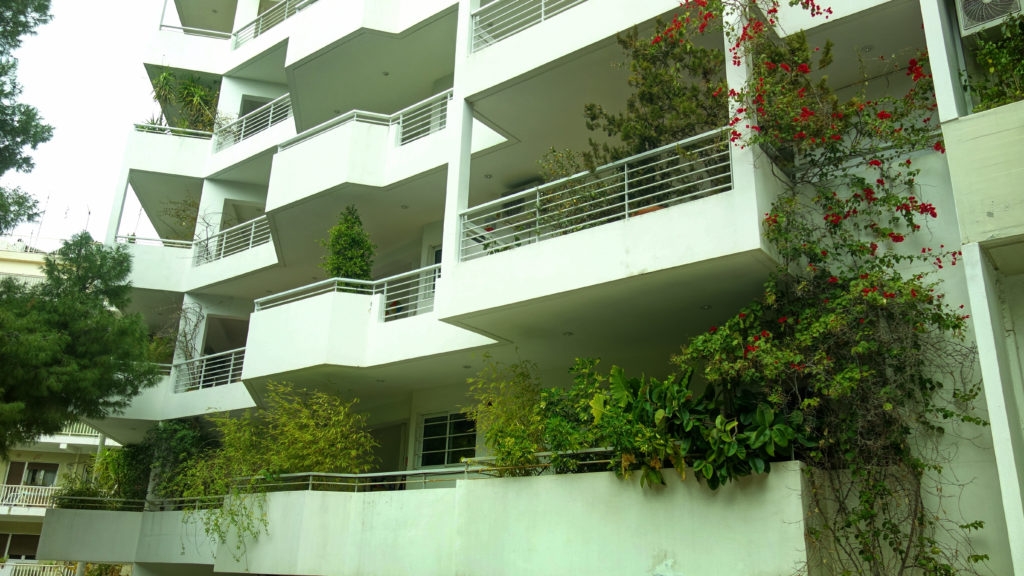 And their balconies are filled with green plants. 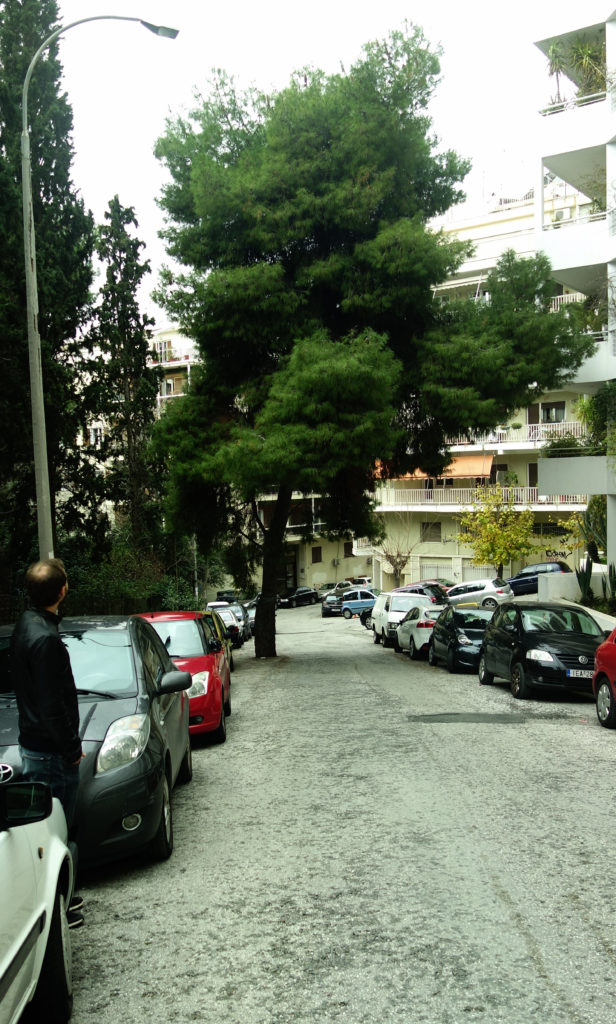 Sometimes there is a tree right on the streets. Vehicles be aware! 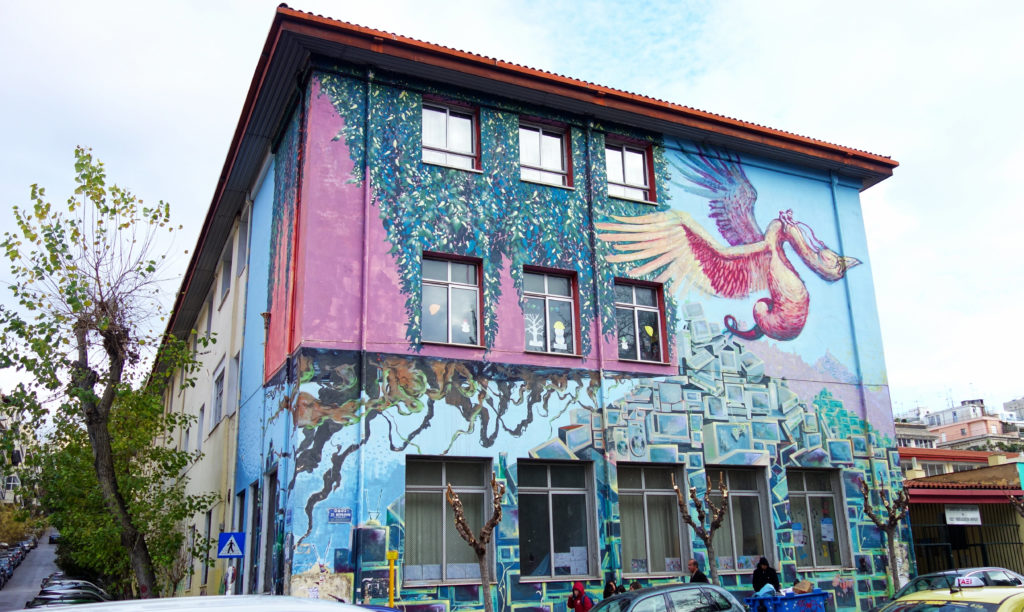 We walked by a beautifully painted school and we had to take a picture of it. 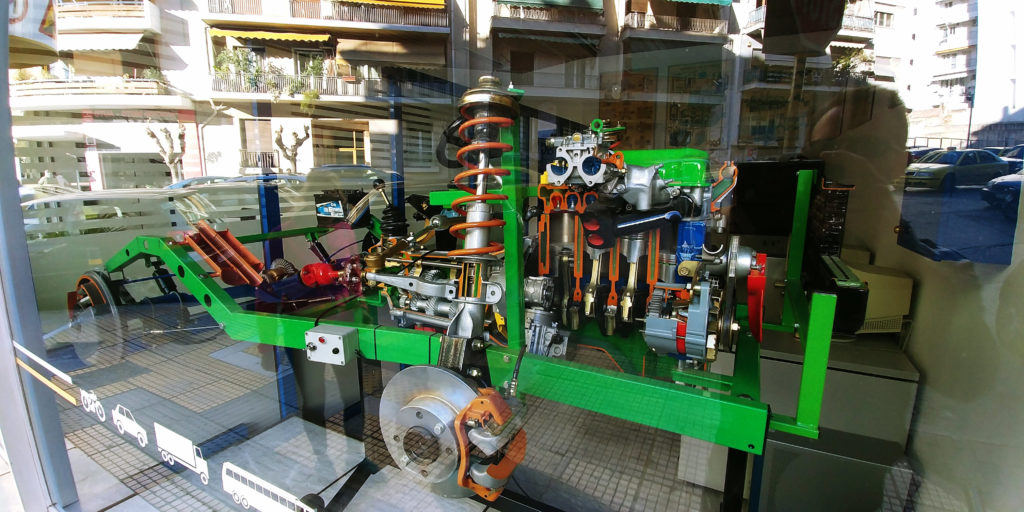 And we found a car repair shop with a go-cart like car on display showing the mechanism behind how a car works. Just small things that we love finding while walking around in a new city, 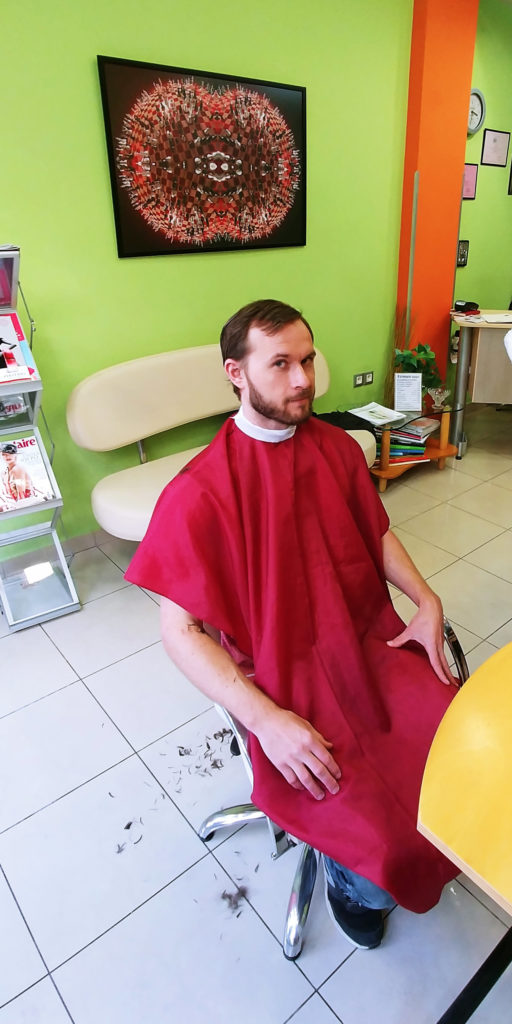 Pontus got himself a fresh haircut whilst in Athens. 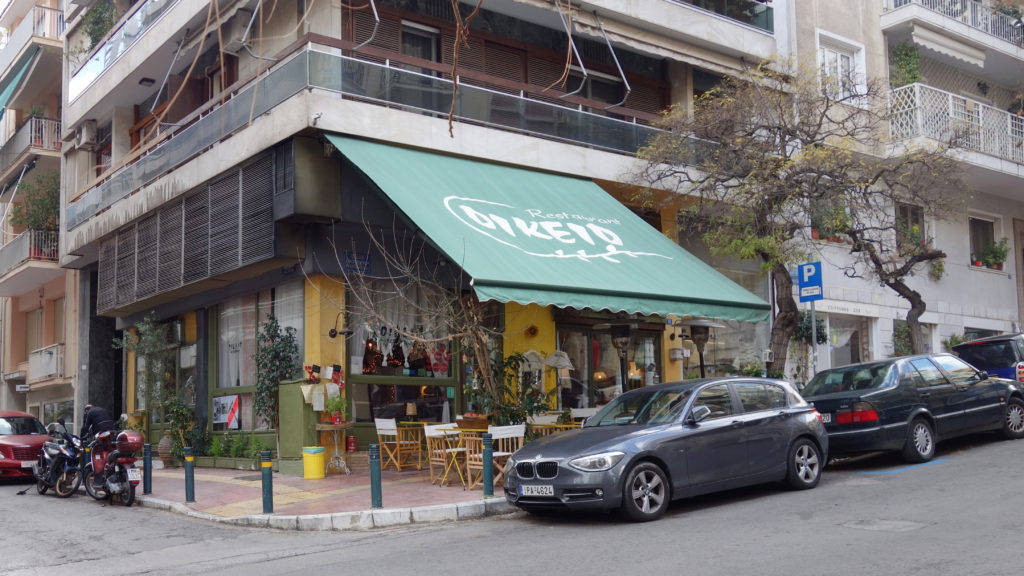 OKEIO  is our favorite restaurant in Athens. which is near the Byzantine Museum and the cliff railway that takes you up on the Lycabettus hill. 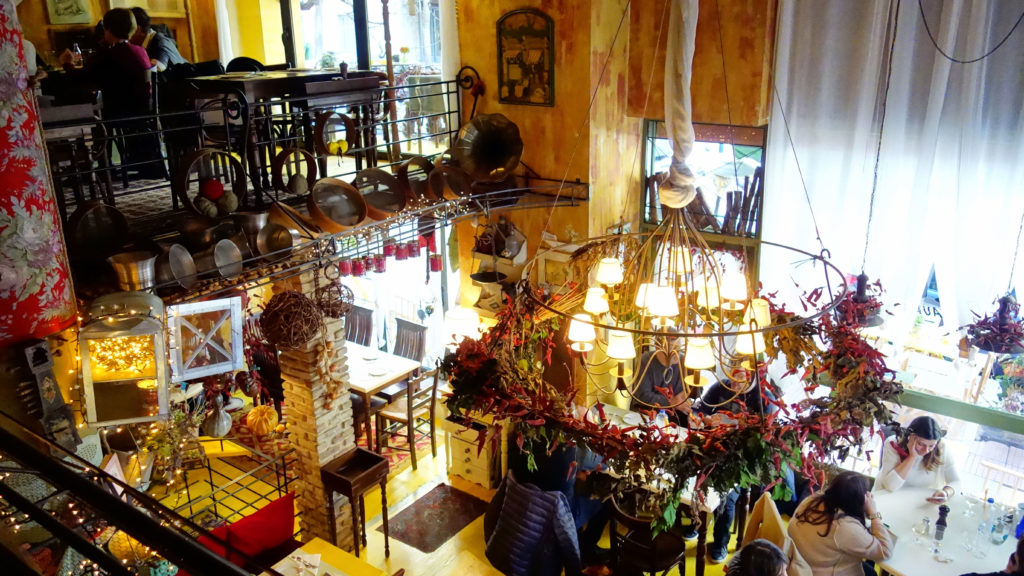 Both the interior design and food is lovely.

They serve a mix of Greek and European dishes.

We tried a local restaurant that we got recommended by our Airbnb-hosts and we got to taste many kinds of traditional Greek food here. 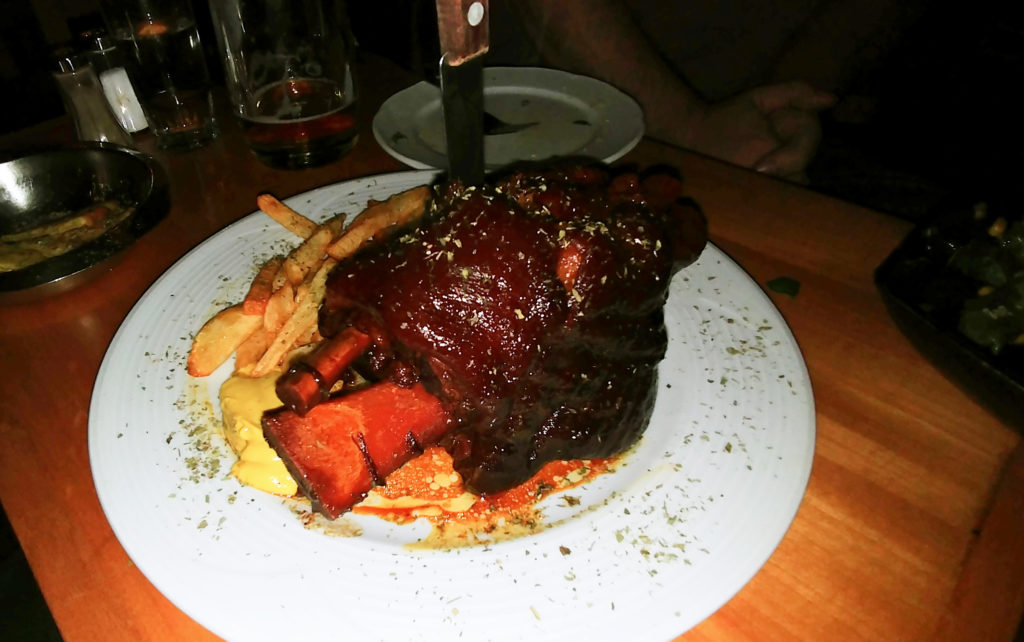 And eat meat German style here in Athens, which they call “Kotsi”, 8 euro for a huge chunk of tender meat. 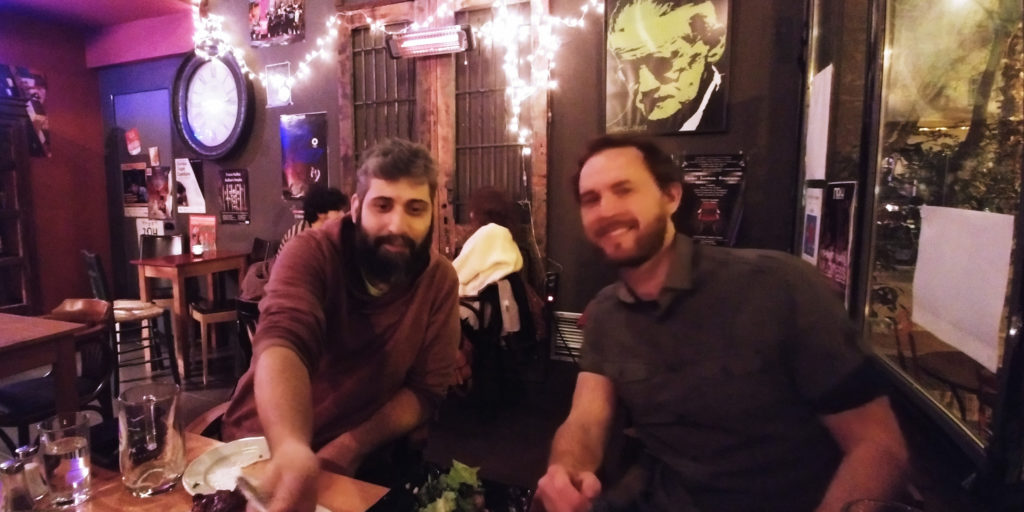 We also got to hang out with our awesome Airbnb-hosts Khatchig and Matina. Blurry pictures, but lovely times! 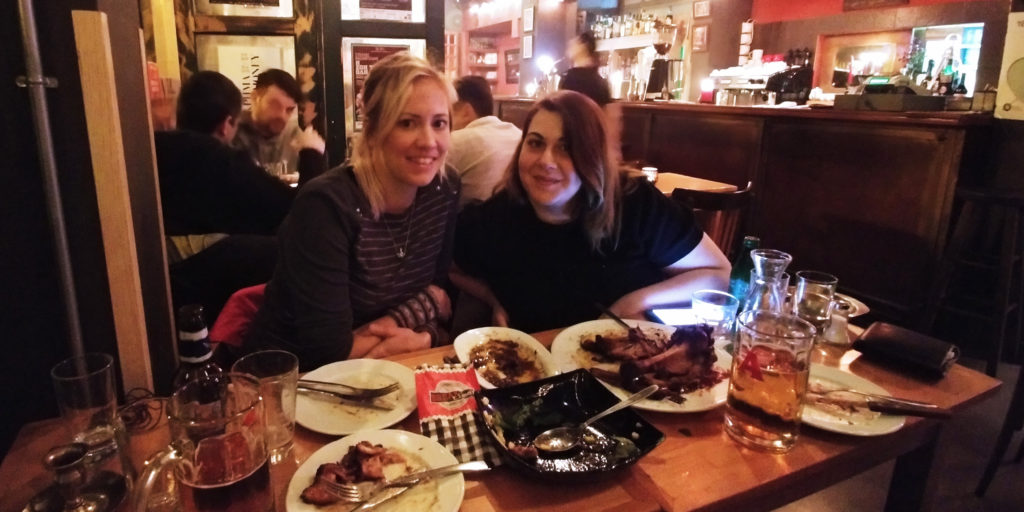 Thank you M and K for all your help and recommendations while we stayed in Athens. It made our time in Athens so much easier! 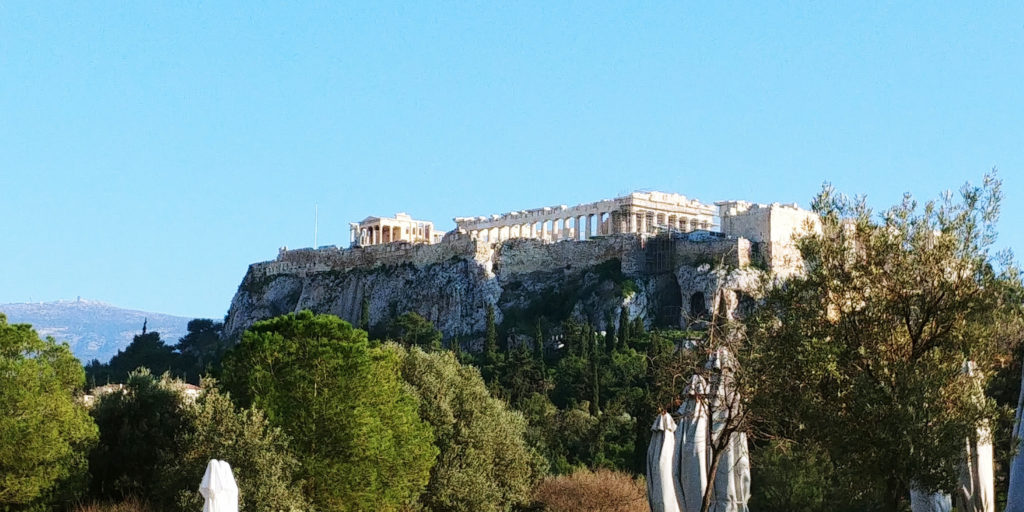 Next up Acropolis. We just had to visit this place before we left Athens. More about this historical landmark in our next blog post.