We like to explore historical landmarks, to have a glimpse of past times and get a feeling of how life was back then. The King of Tombs is one of the places in Paphos where you can travel back in time for a moment. This was one of the last things we did before we left Cyprus. 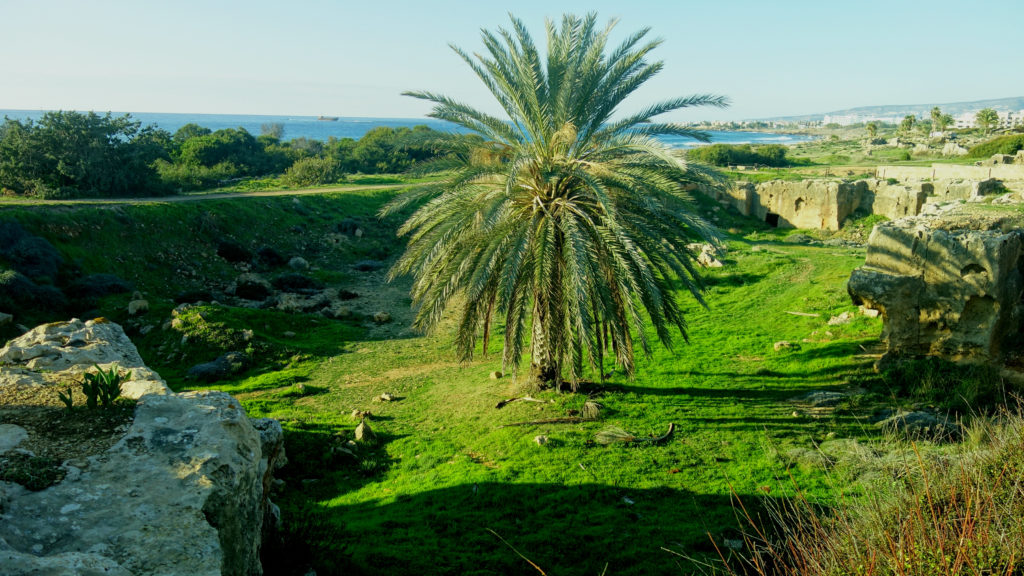 Our last days i Cyprus were spent walking around the upper part of Paphos and exploring an archaeological site unveiling 2400-year old tombs. 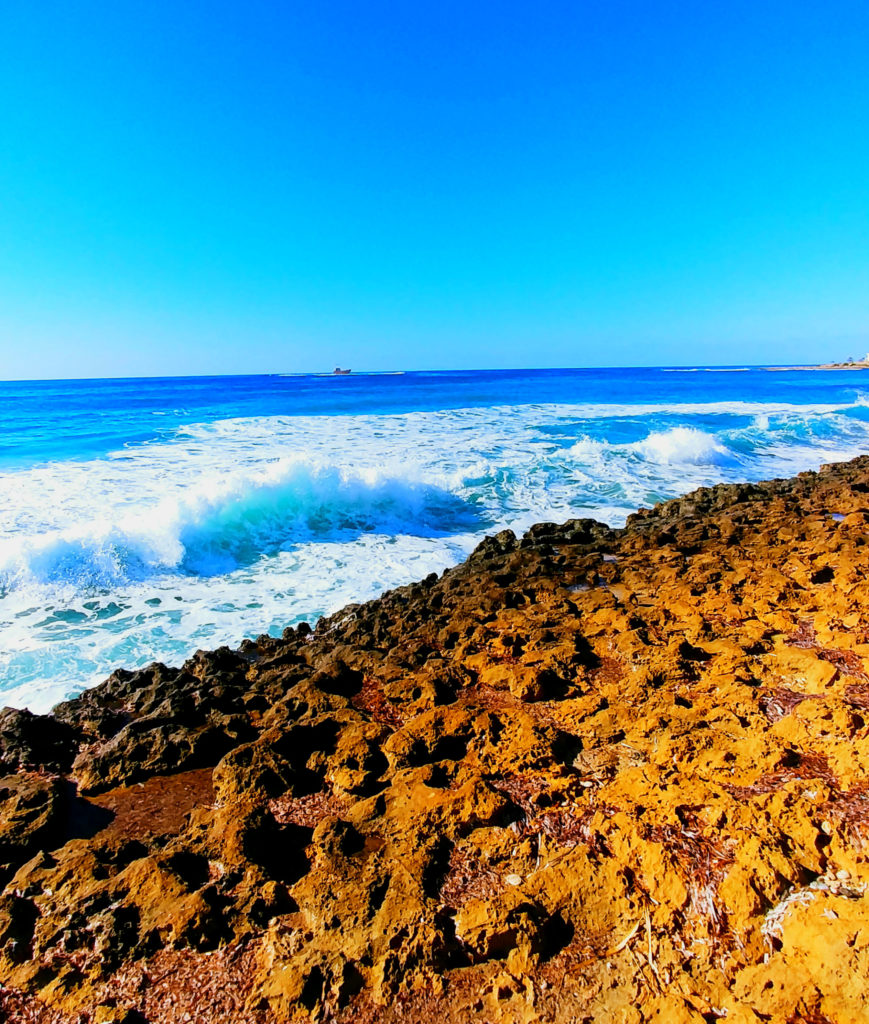 Paphos has a several kilometer long beach walk stretching from the airport to the King of Tombs and it’s perfects for walks or taking a run and look at the scenery. We found a stranded ship standing on a coral reef. 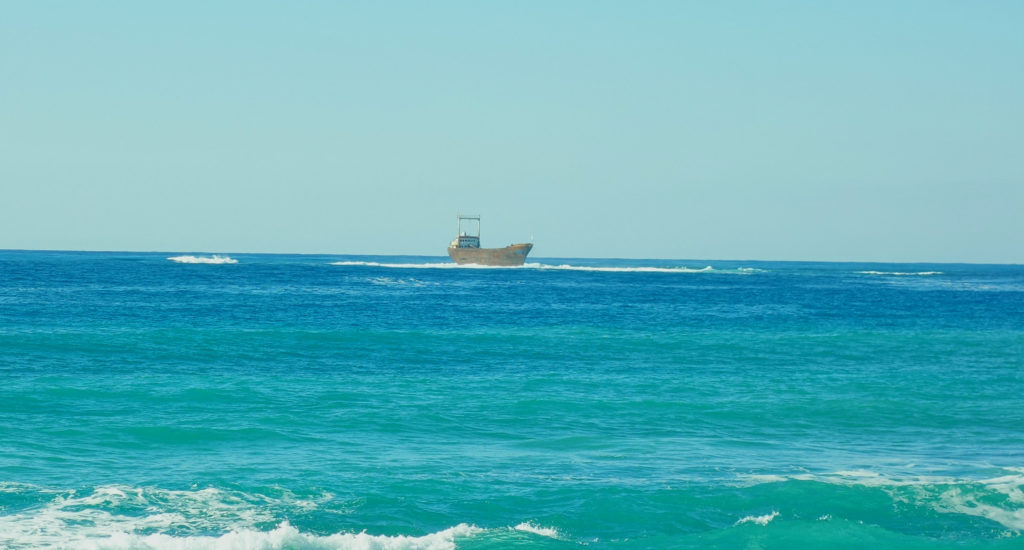 It is MV Demetrios II, a Honduran-flagged cargo ship going from Greece to Syria, that had the misfortune of being stranded at the coast of Cyprus. 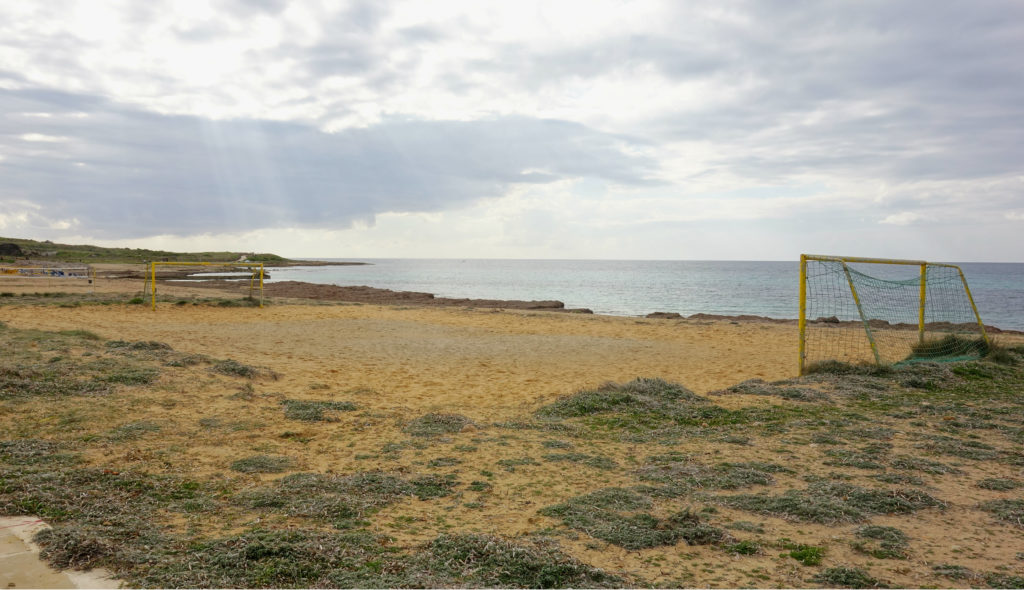 There is several beaches along the beach walk and we also found a fotball field. 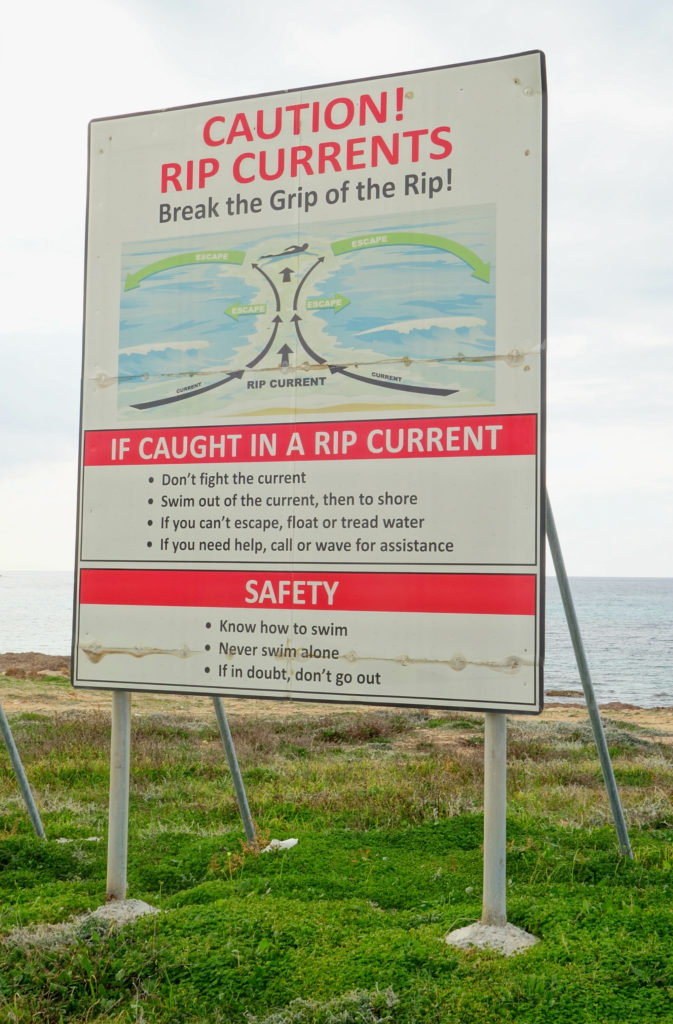 Good that they have placed a sign about rip currents and what to do if you’ll ever find yourself stuck in one. 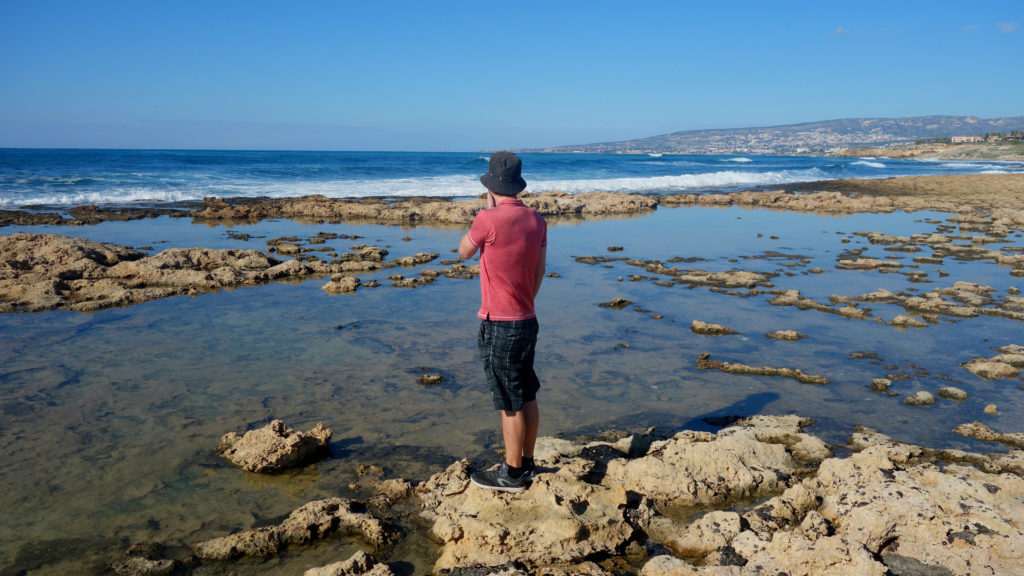 Took a sneak photo of Pontus while he was focused on his inner thoughts. 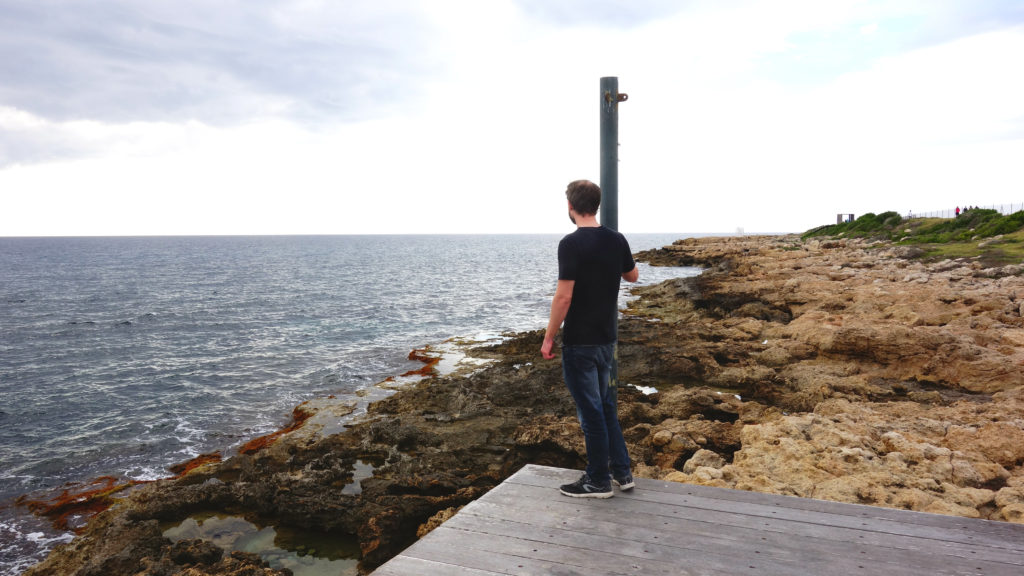 There something about seeing the ocean and go in to your own mind. 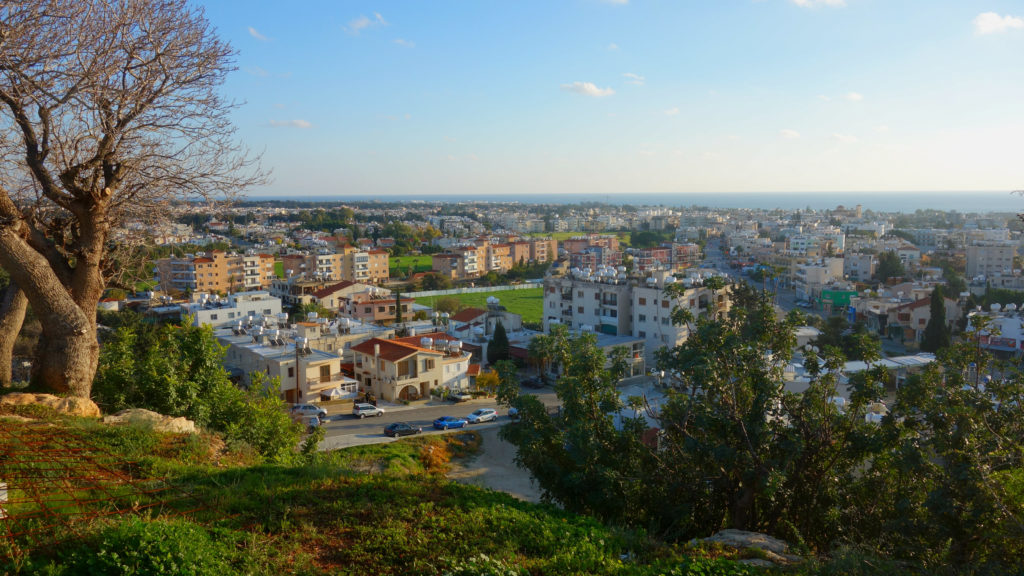 We hiked up a small hill where we got a good view over Paphos. 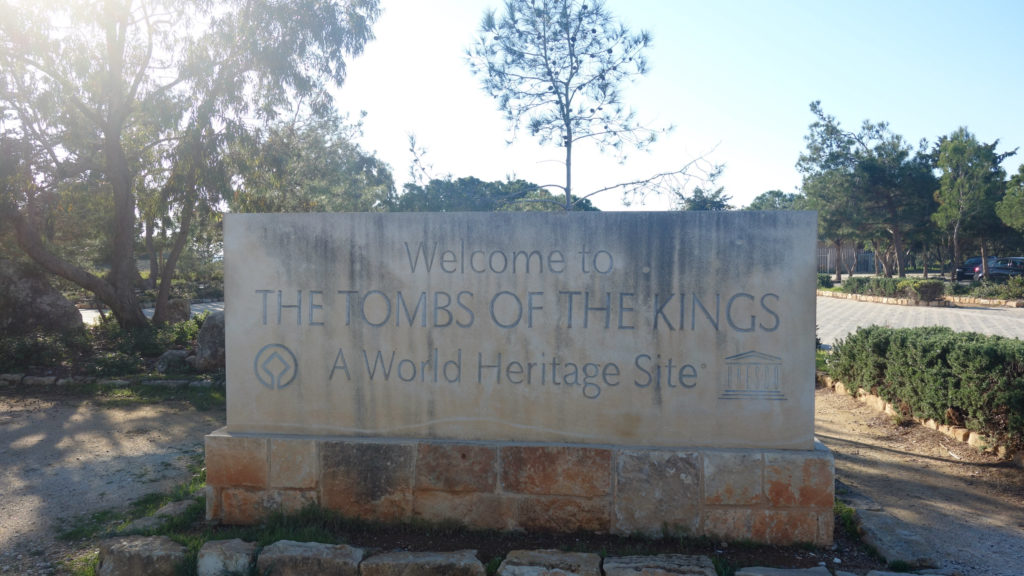 We ended our time in Paphos with going to an archaeological site with 2400 year-old tombs. The title is misleading, it was not Kings that where buried here, but aristocrats before and during the Hellenistic period (400-300 B.C). 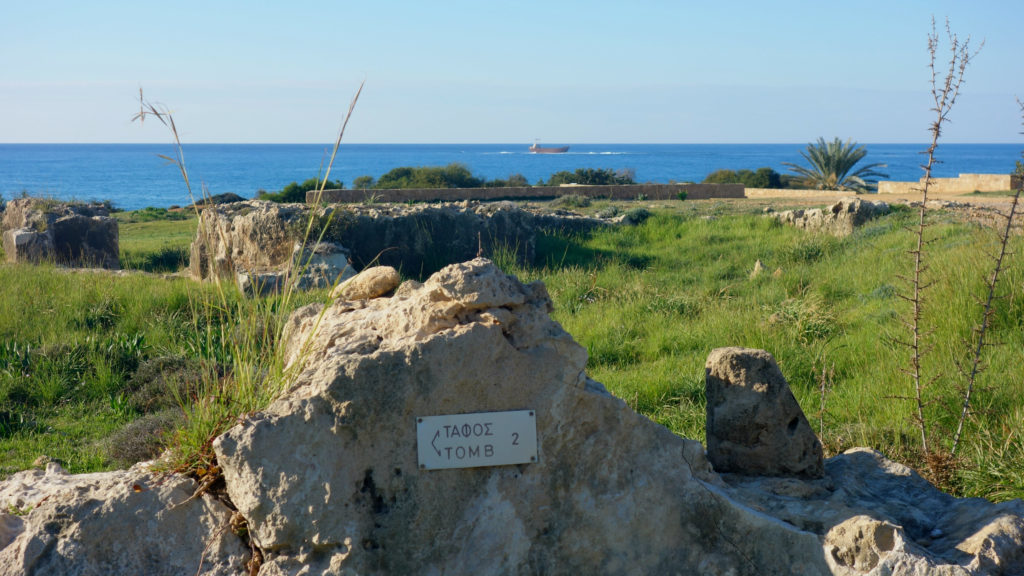 it is an ongoing excavation and they do not know much about the history behind this Necropolis. 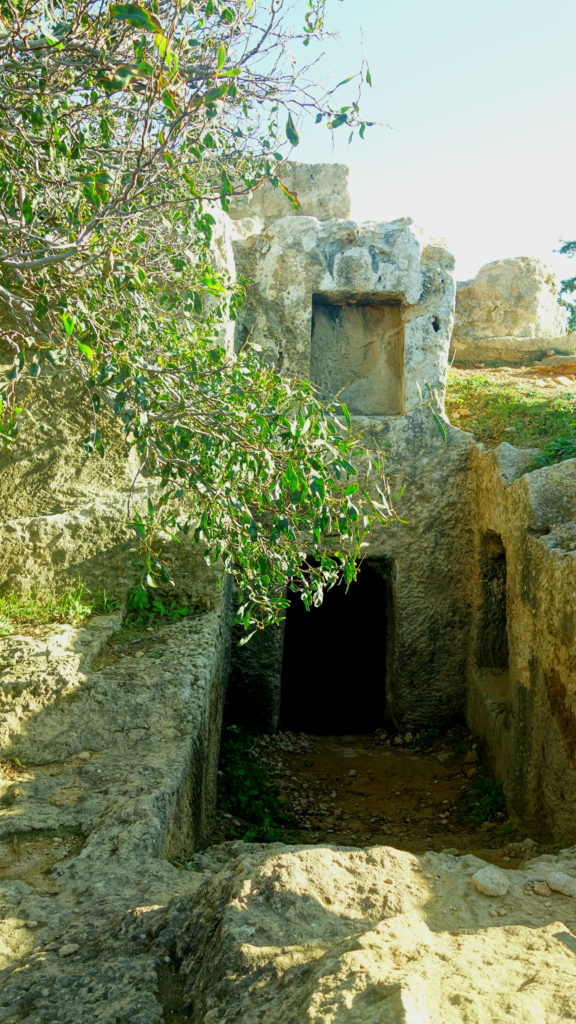 The tombs are replicas of the aristocrats living houses, so the tombs are like going in to a upper class house from 2400 years ago. 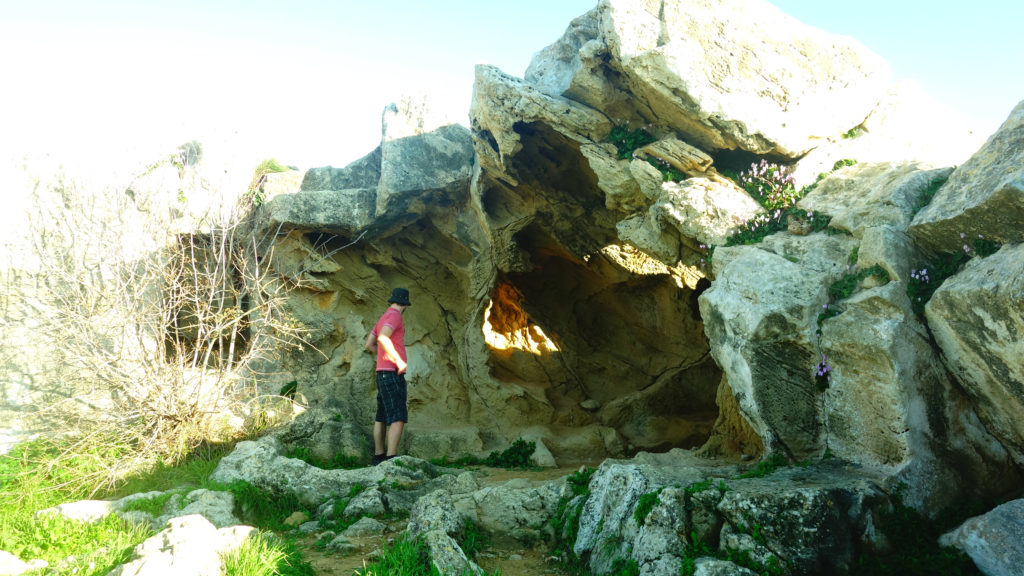 There are some man-made caves in the rocks above ground. 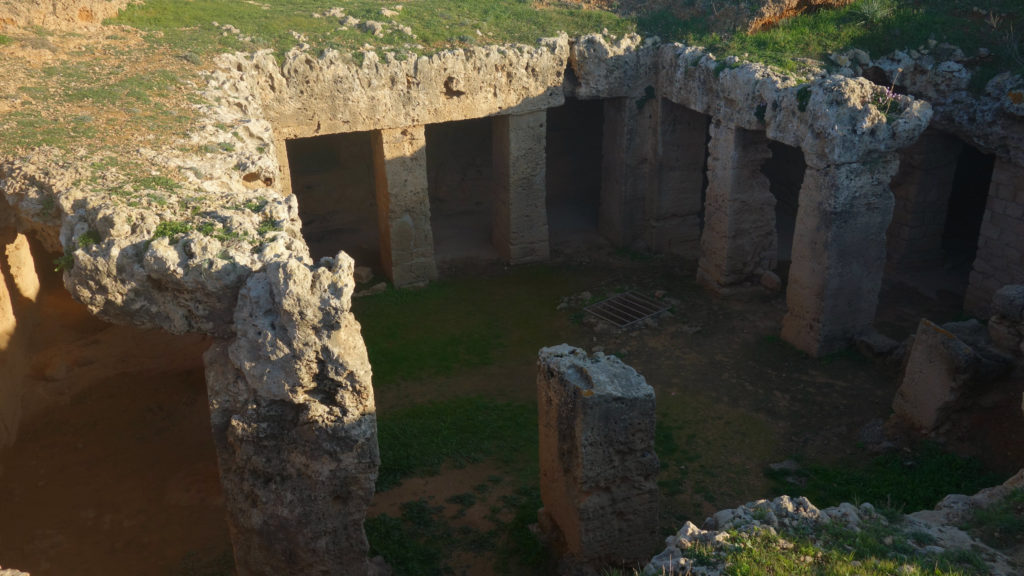 But most of the tomb houses are below ground level. 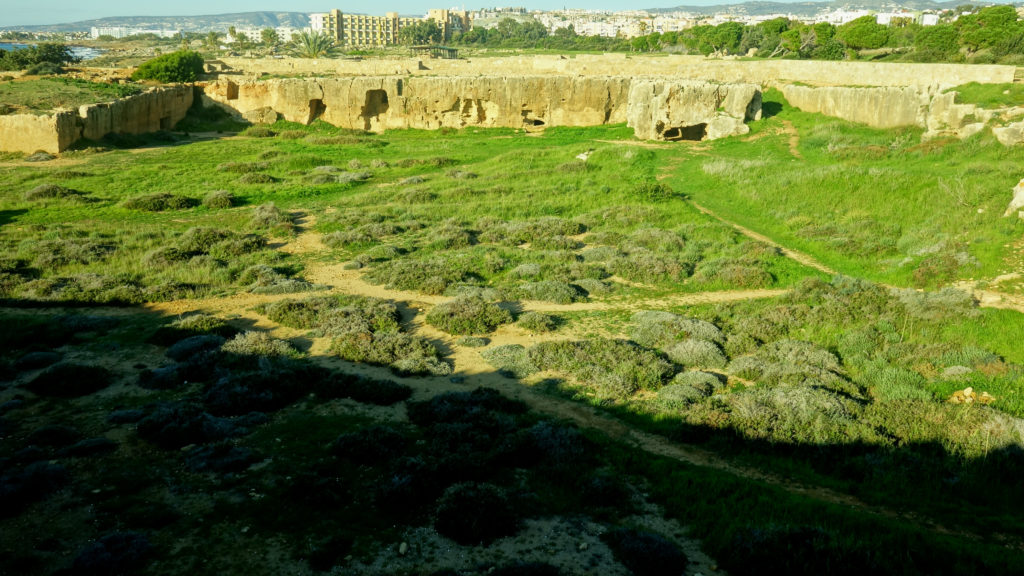 Some tombs are less excavated than others. 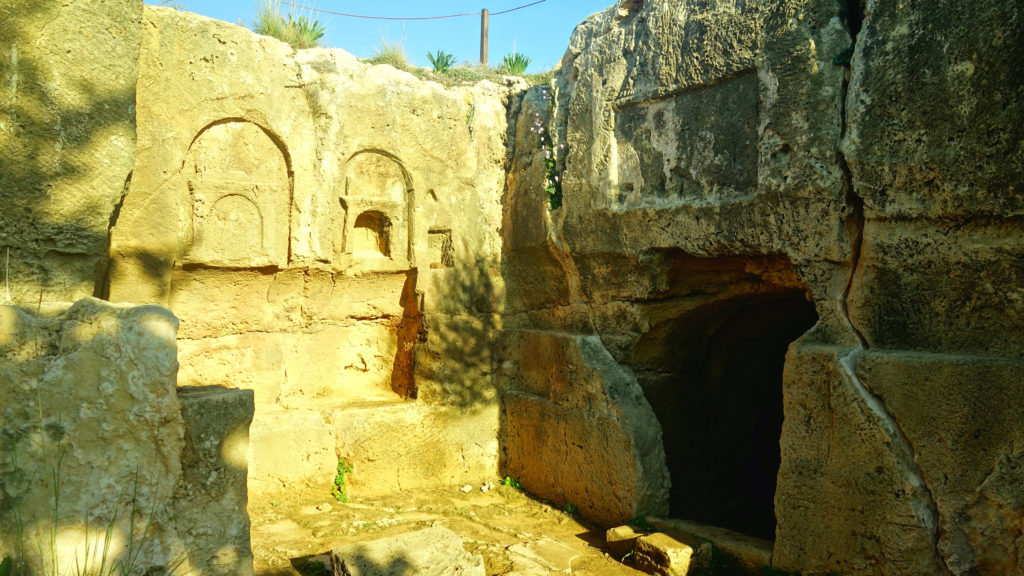 and in others you can see detailed designs and find artefacts. 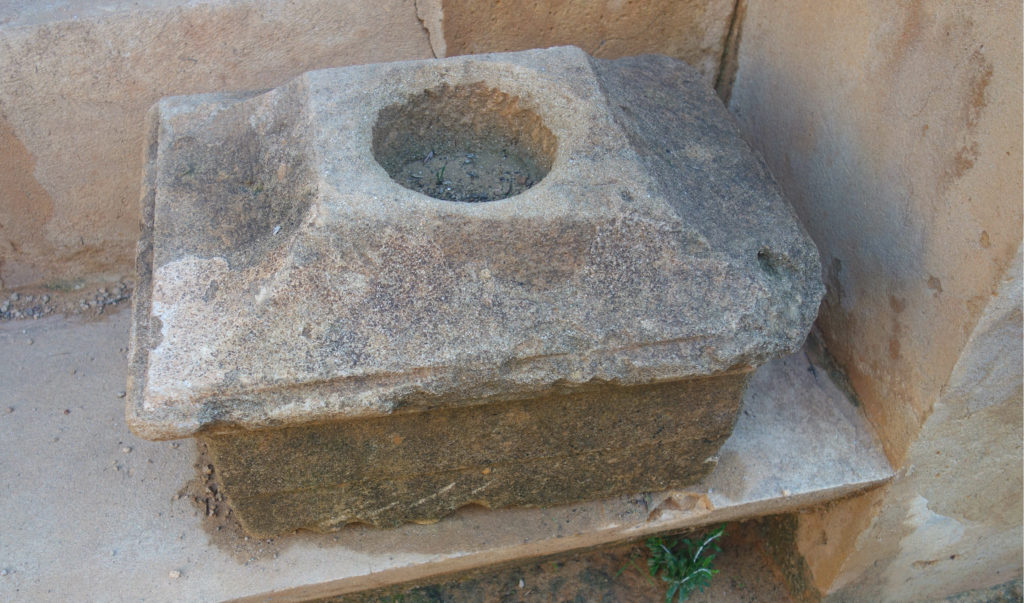 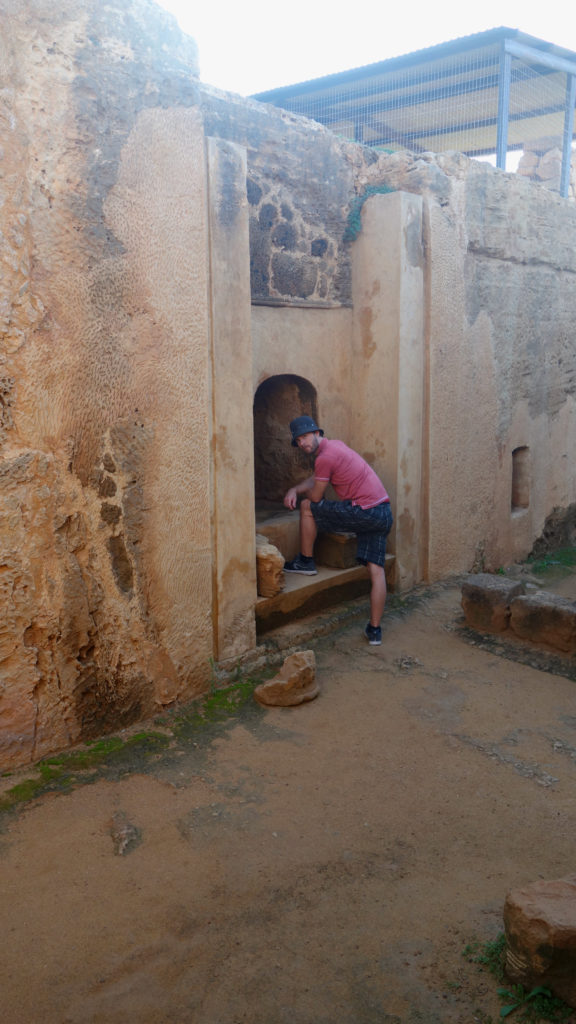 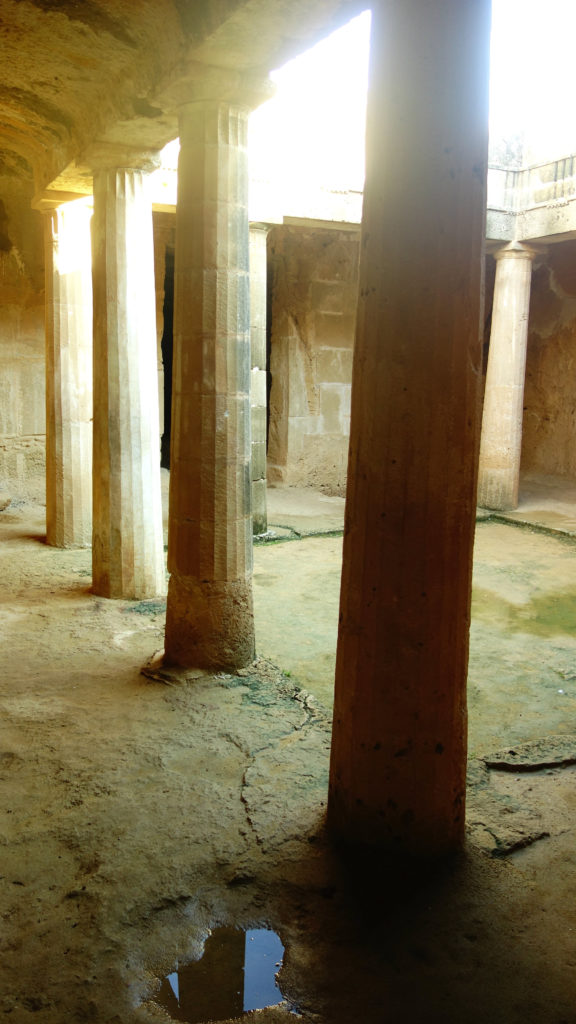 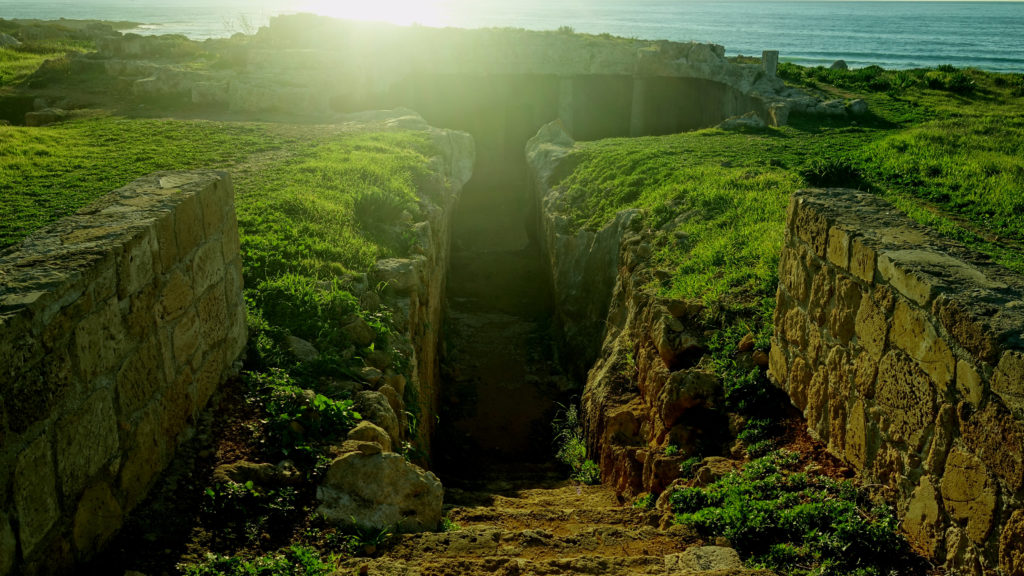 More pictures from the necropolis can be found below.

We left Cyprus for Greece, but we both love Cyprus so we will definitely come back here!