We decided to travel to Larnaca  on Cyprus for some time for reflection and recovery after a few months of lovely, but intense social gatherings. Our first week here was all about enjoying the increased number of sun hours per day and walking around our neighborhood with our camera.  We haven’t been to Cyprus before, so we were looking forward to see what kind of architecture style they have and explore their food culture. We heard that the peak season for grapes is December in Cyprus, so we were looking forward to taste grapes and of course olives. 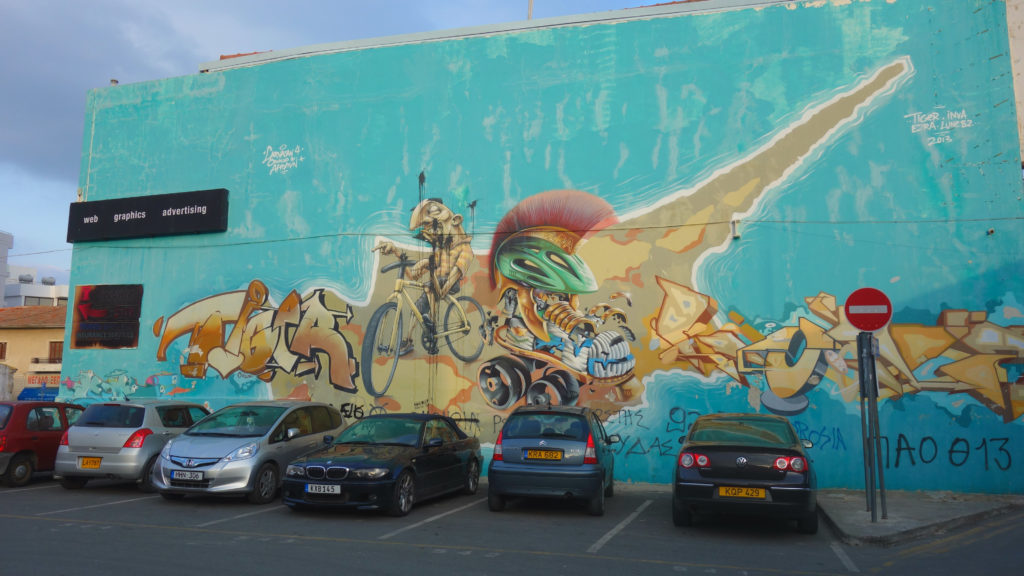 This island is what we are exploring right now – Cyprus. 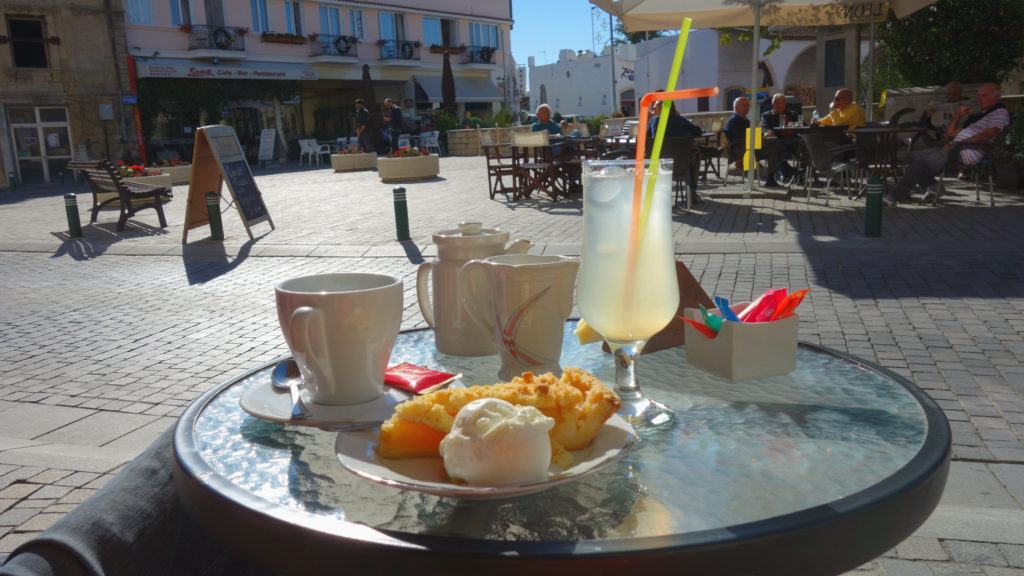 The sun is shining for more than a couple of hours per day, that’s what we wanted right now. The weather in Cyprus is perfect for us, 20 degrees during the day and 10-15 degrees during night time. 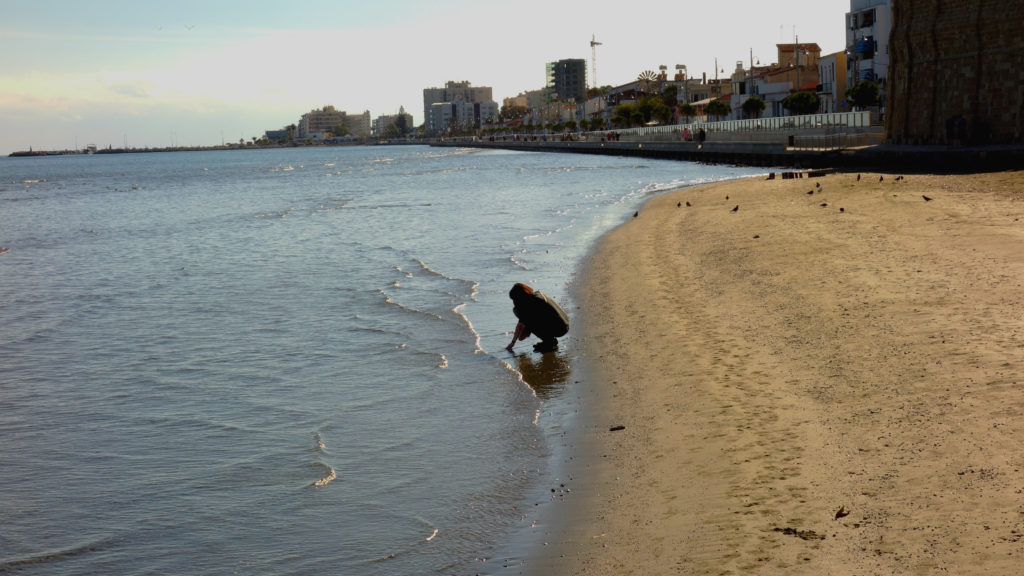 The beach in Larnaca, a few people jumped into the water, but the rest of us were satisfied just to touch the water. 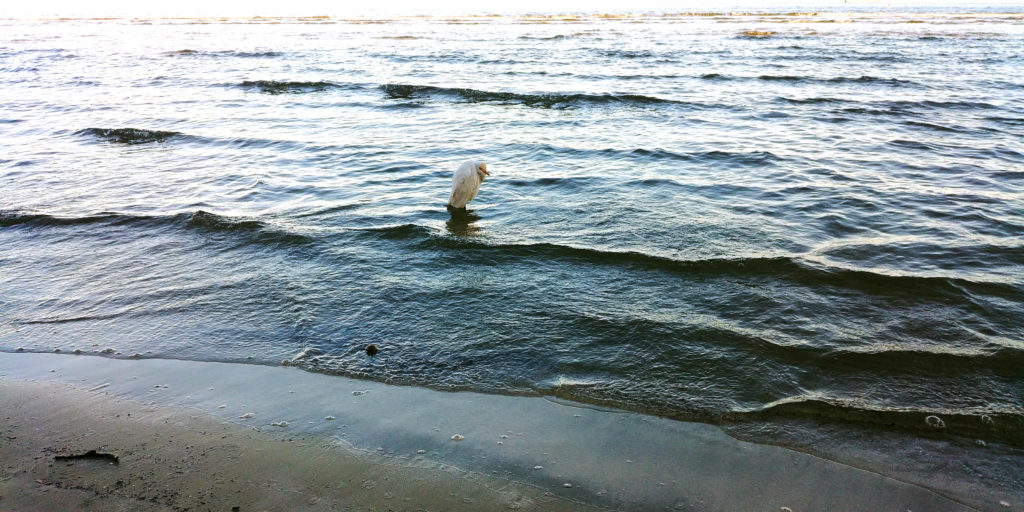 The birds didn’t even look like they enjoyed the water, but it was not that cold – like an average Swedish lake during summer. 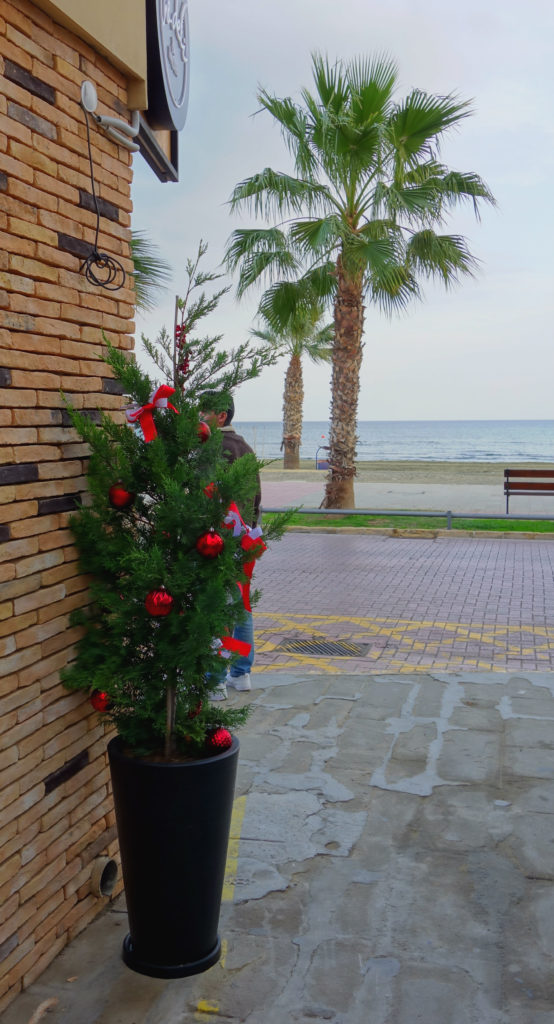 Christmas is coming and it is noticeable here, mostly an orthodox Catholic island, where the contrast between Christmas ornaments and palm trees is nice. 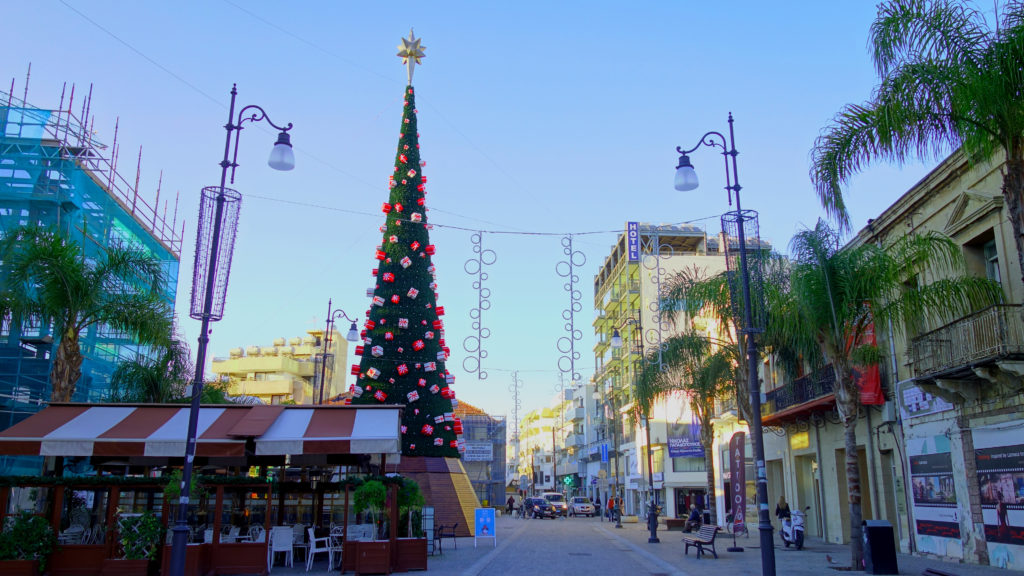 We found a christmas tree, the Larnaca people are decorating the town for christmas. 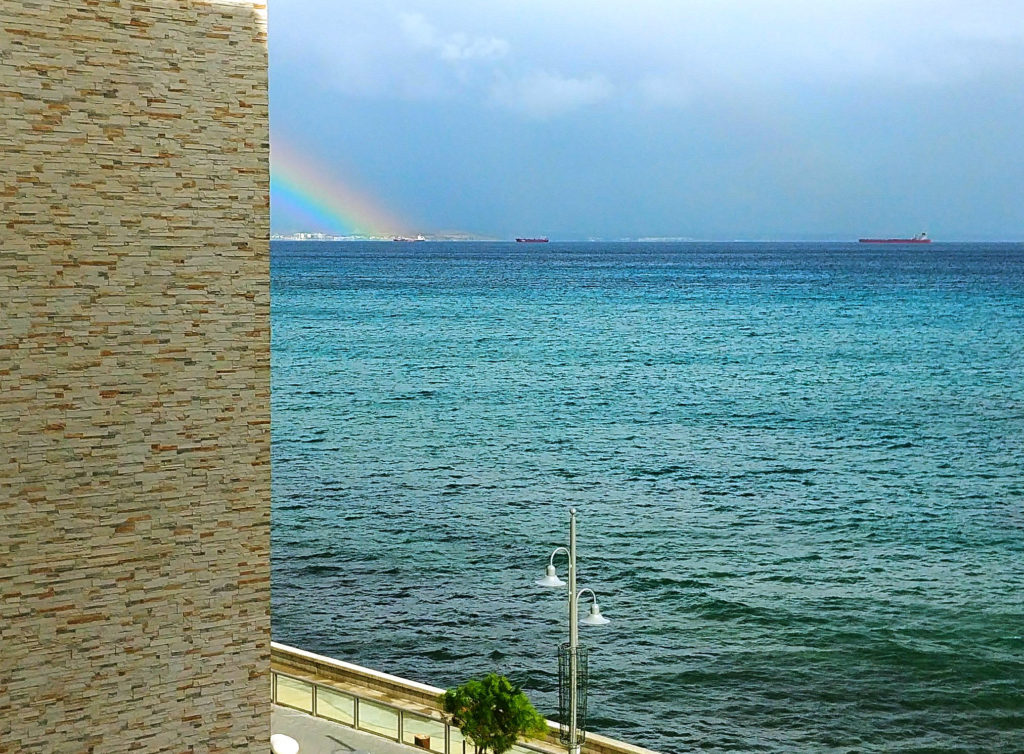 The first week here came with a little bit of bad weather, but it didn’t matter to us, we just relaxed and picked up our camera again. This was the view from our accommodation. 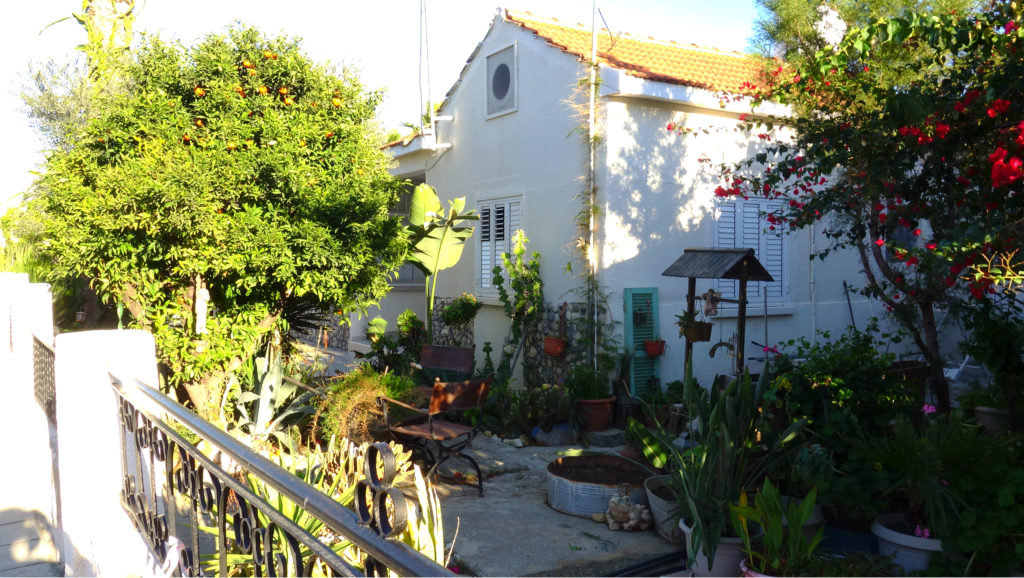 It is lovely to explore a place when you have more sun hours during the day that gives you a natural light making it much more fun to take pictures. 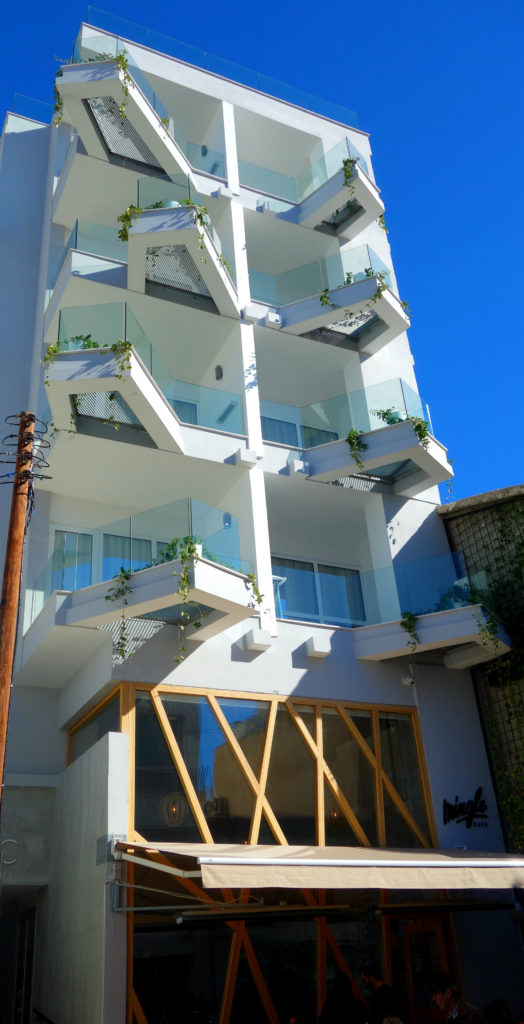 There are plenty of classcial buildings in Larnaca. This is one of the few more futuristic buildings we could find. 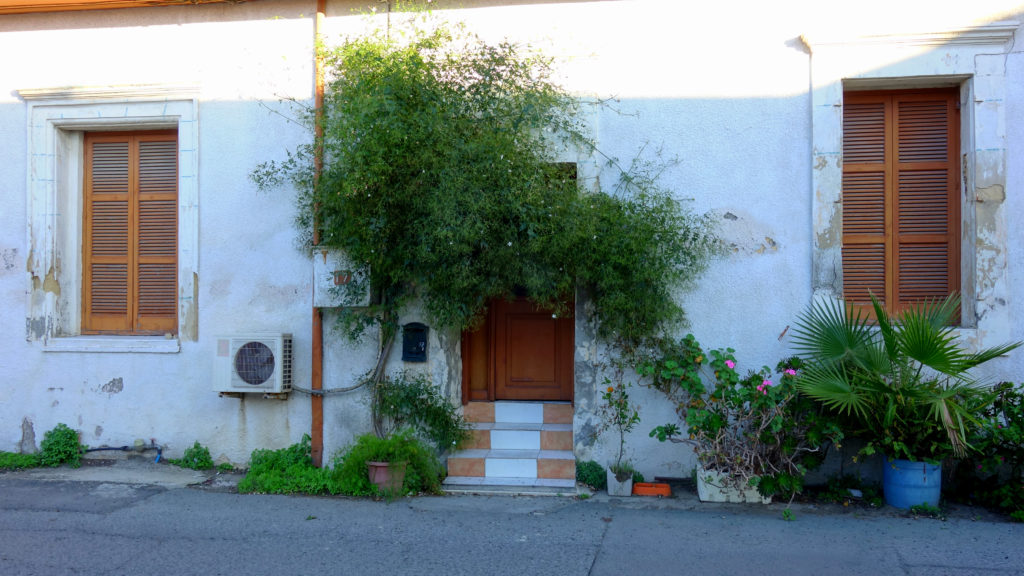 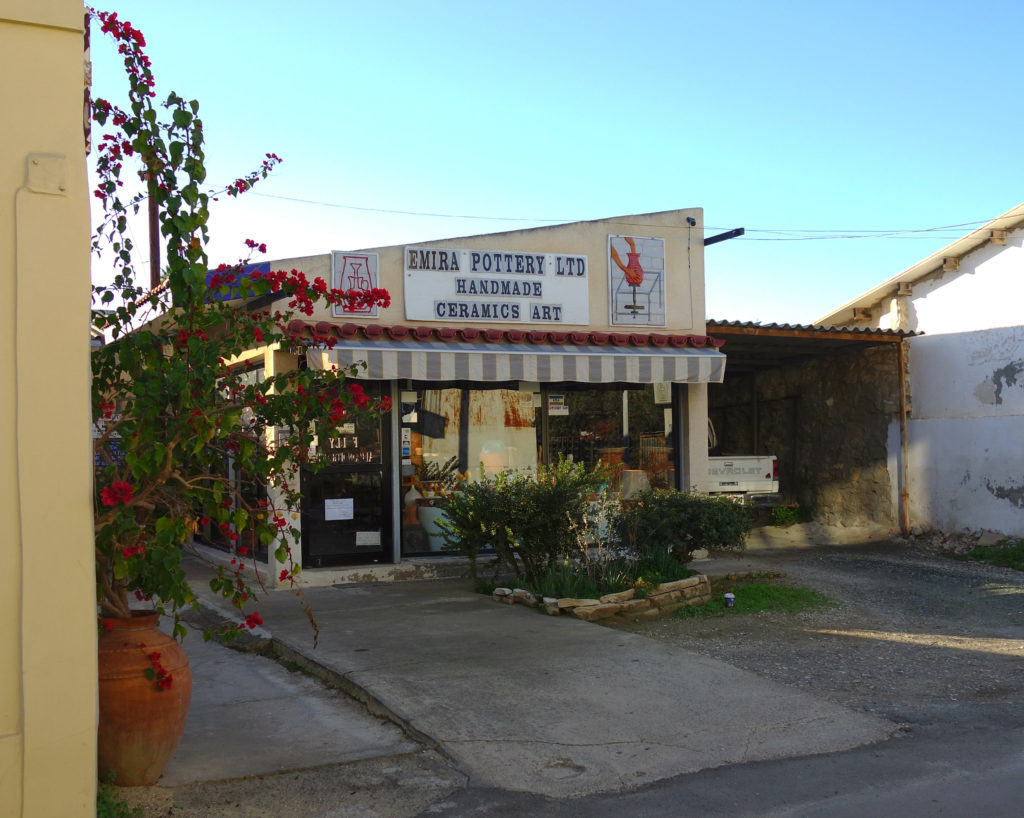 It is low season for tourism in Cyprus right now and some of the shops and restaurants were closed. However, there is a big expat group consisting of older British people and Russian investors as far as we’ve seen here, so there is some commerce around. 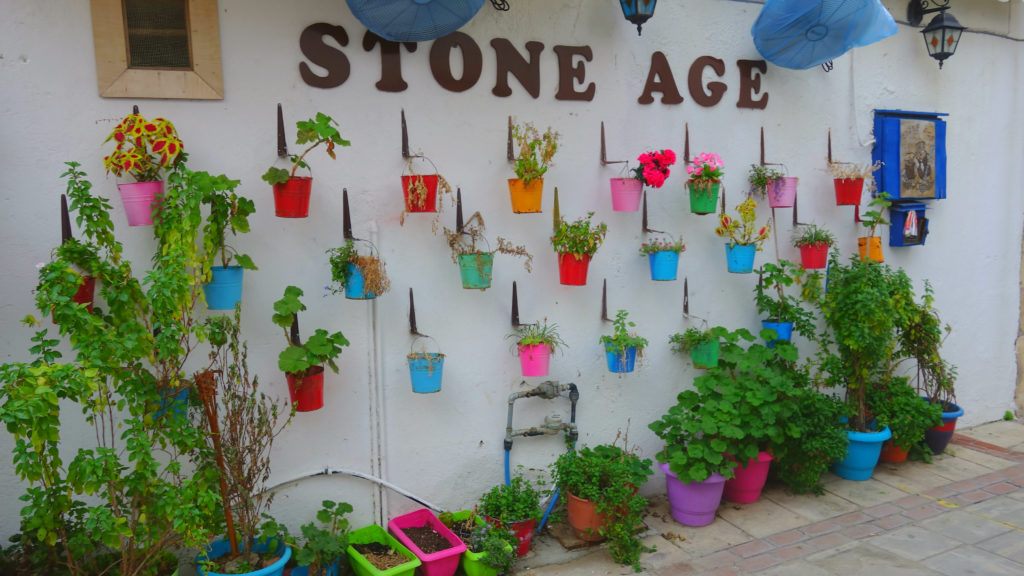 Visiting a place during low season is perfect for us. No crowds and often the local people have time to talk. It is much easier to walk around and notice things like a wall of flowers if there isn’t a lot of tourists in your way. 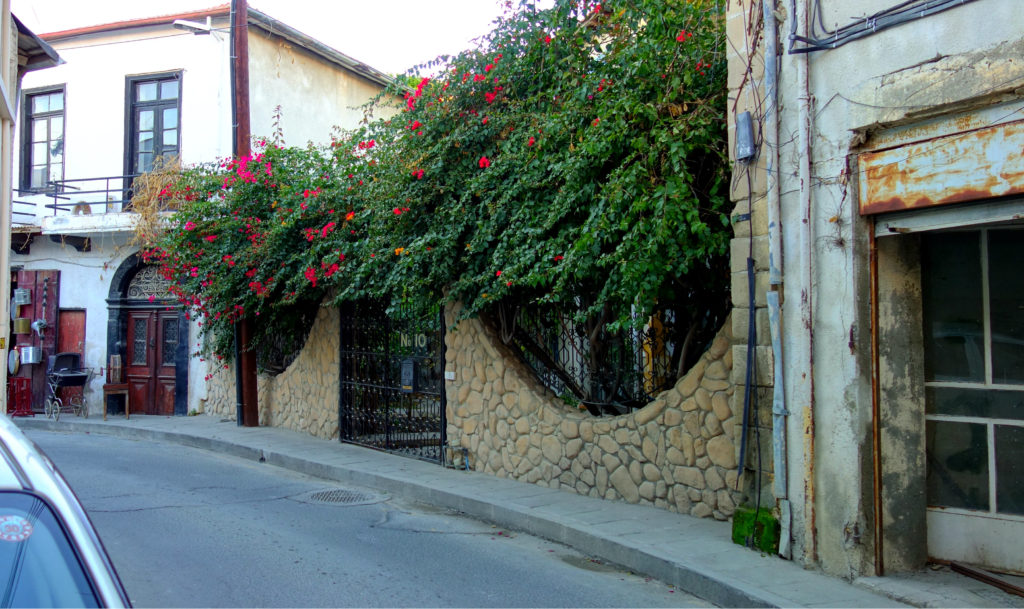 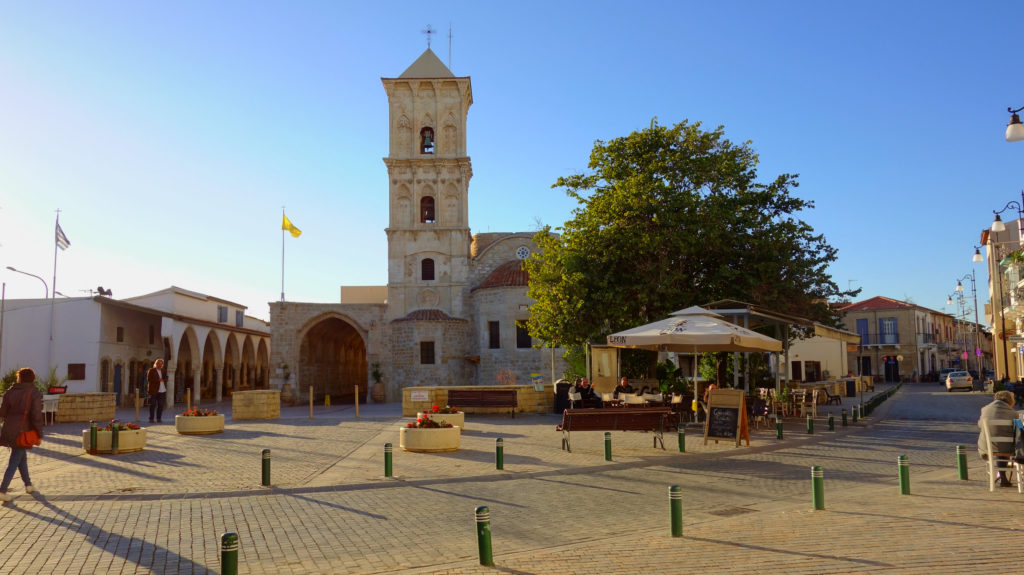 One of the things to see here is the Church of Saint Lazarus, a church built in the 9th century. 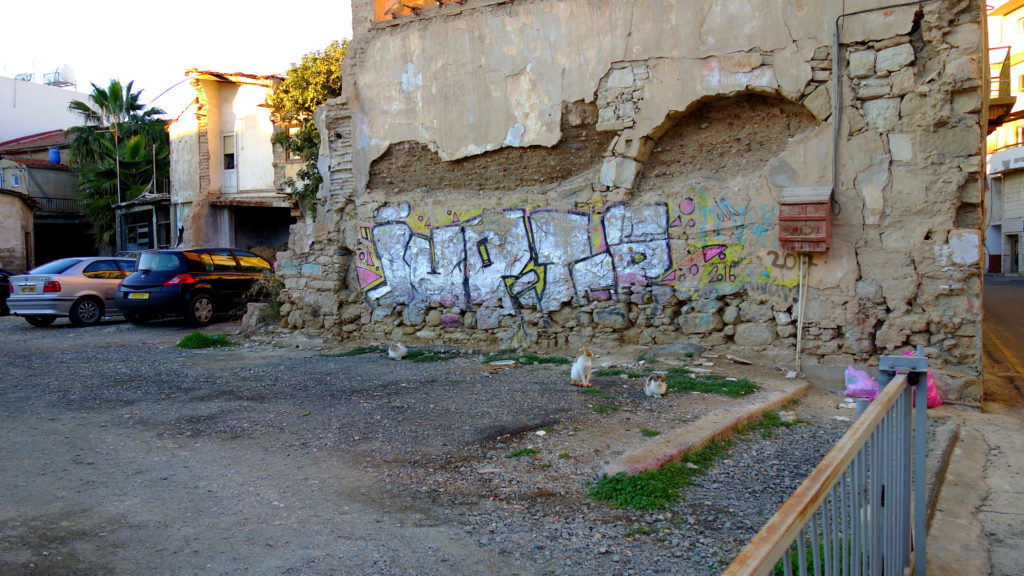 The level of graffiti on the island was higher than we expected. Apparently, this phenomena has risen during the last couple of years and it is probably the increased number of domestic football hooligans on the island according to a person living full time on the island. 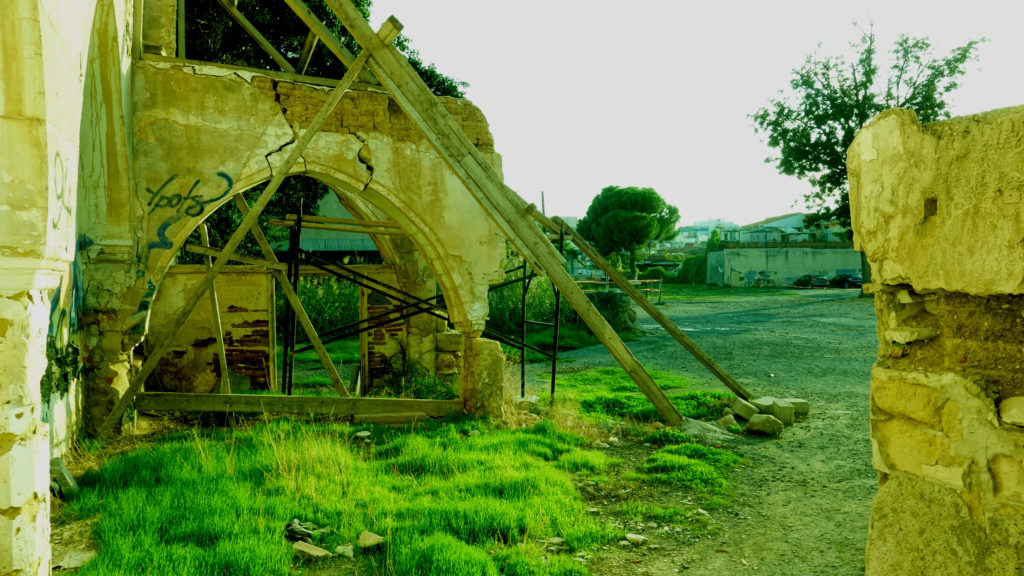 We’re ending this blog post with an abandoned land in Larnaca that looked pretty dystopic during a sunset which created really strange colors. It felt like you were placed inside a computer game for a moment.