We are excited for the Corax conference on Malta, which will take place 28-30 July this summer. Ulrika monitored the day of ticket release earlier this winter, so that we would not miss out on the desirable tickets. Only 150 tickets are released to the Corax conference. Cor.ax is the international edition of the Swedish Libertarian news aggregator bubb.la, and we are extremely happy to get hold of two tickets. The first speakers have already been announced and the line up looks very promising. The legendary Hans Hermann Hoppe will be speaking at the conference, as well as Julie Borowski, that Ulrika follows on Youtube and twitter, and Adam Kokesh, that we listened to when we were at Anarchapulco 2016. The reason that the Corax conference takes place in Malta is that the founders of bubb.la /cor.ax, Sofia Arkestål and Martin Eriksson, have migrated to Malta. We visited them this winter before we started our trip in Southeast Asia, and Ulrika has finally edited the pictures from our visit to Malta and uploaded them to the blog. You can see below what is waiting for you if you are going to Malta this summer. It will be very fun to meet more bubb.la and cor.ax people this summer – hope to see you at the Corax Conference! 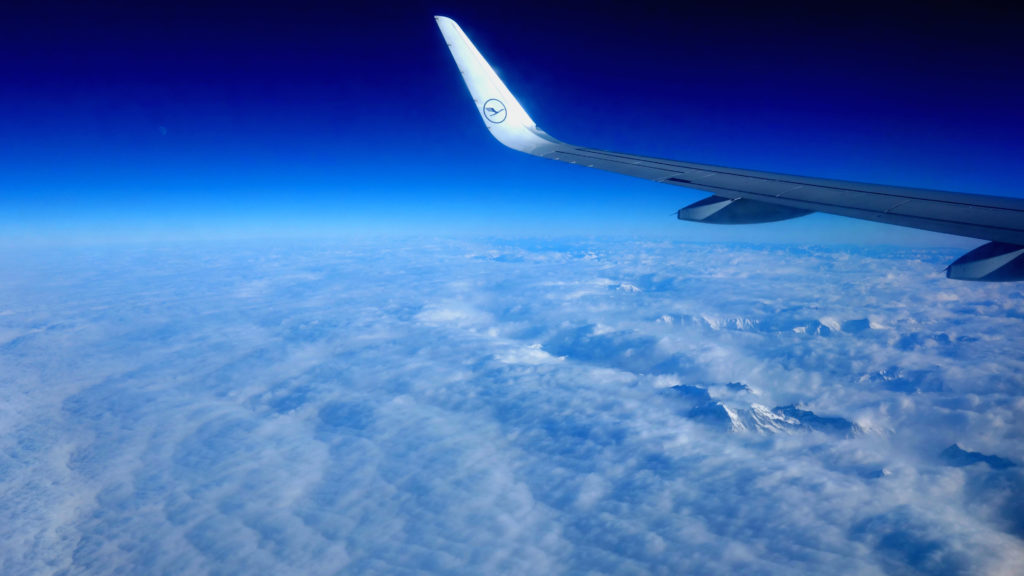 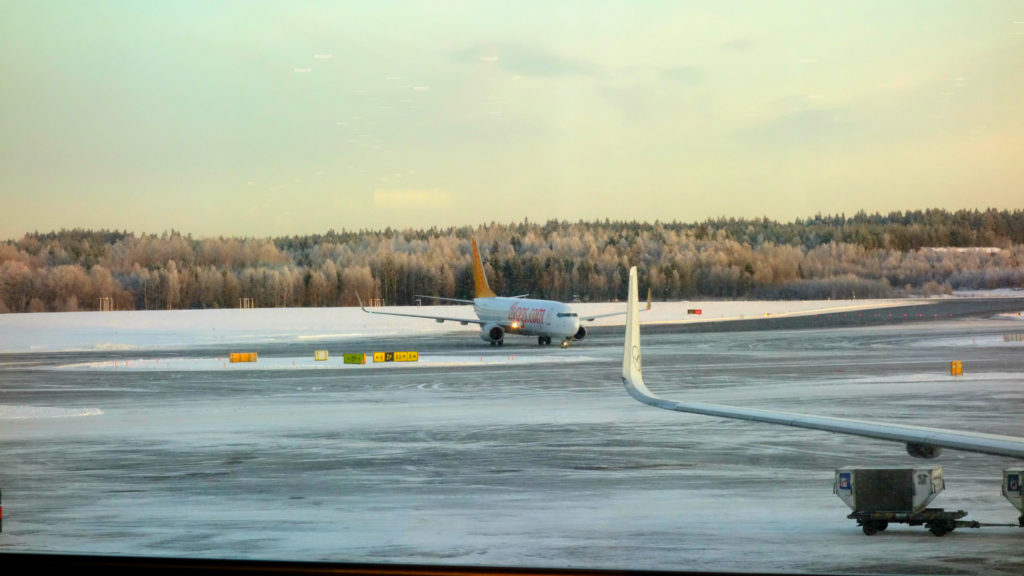 We left Sweden covered in winter for a bit warmer weather. 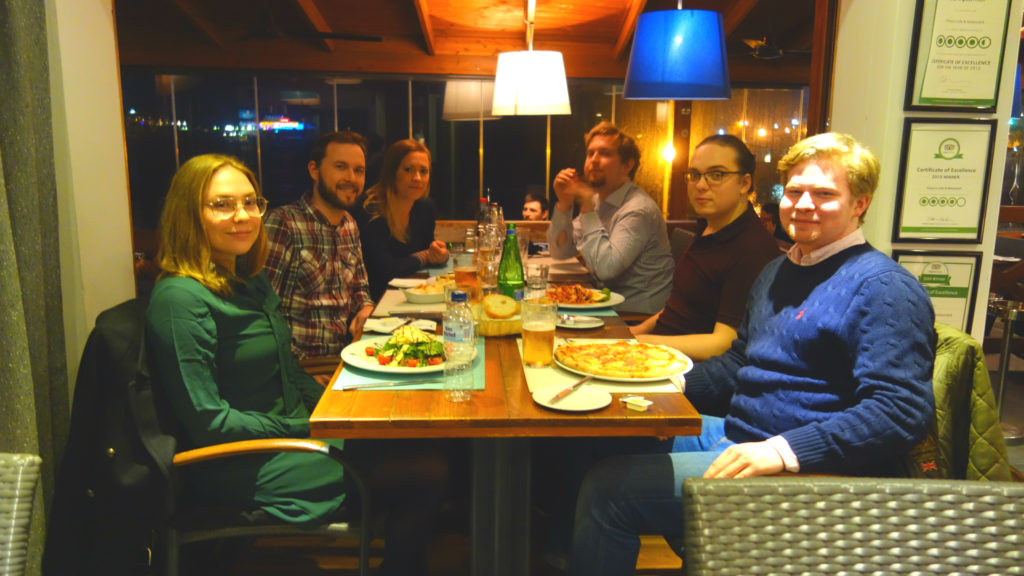 Our mission was to explore the island and hang out with the Swedish ancap community on Malta. Here having dinner with a few of them. 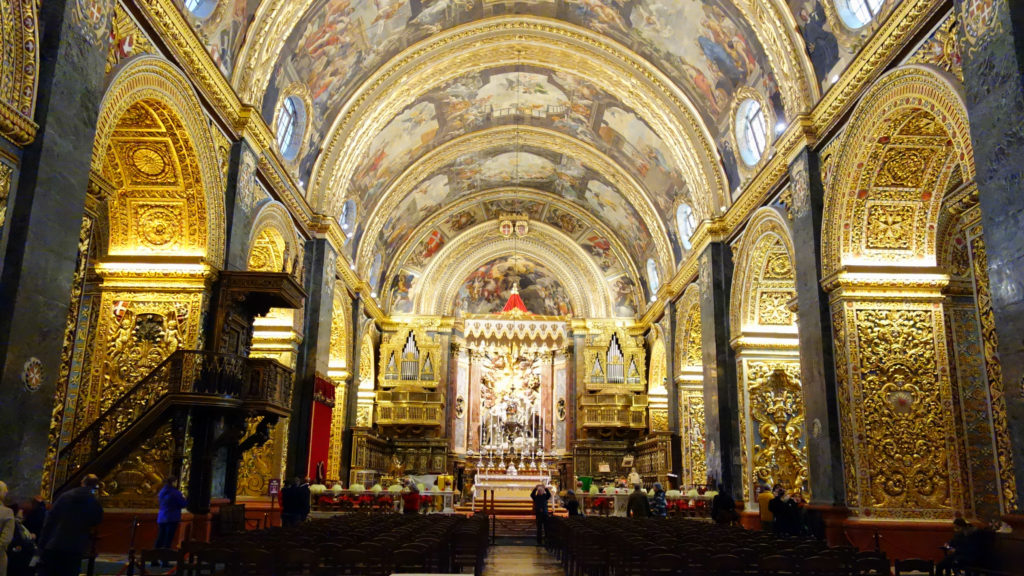 First day we walked around in the capital, Valletta, and visited S:t Johns Co-Cathedral, a Baroque church built in 1572. The church is known for the architecture and the paintings by the great artists from that time. The most notable is the oil painting “The Beheading of Saint John the Baptist”, which was created by Caravaggio. We were not allowed to take pictures there, but we can tell you that it was one the most extraordinary paintings we have seen so far. You should go to see both the church and the painting if you’re ever find yourself in Valletta. Below you’ll find a slideshow with more photos from this place. 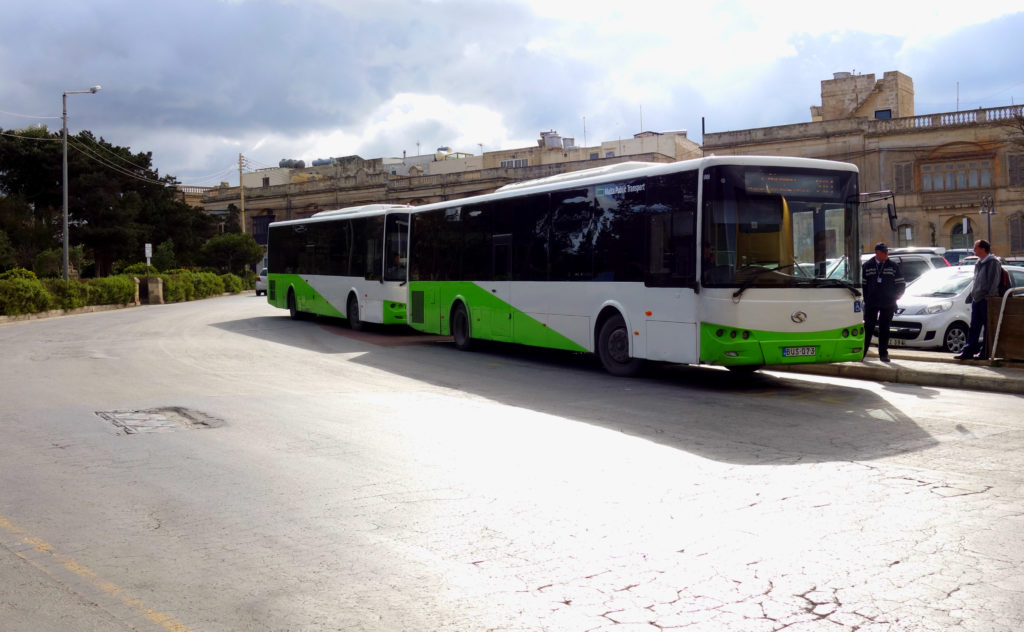 On our second day on Malta, we decided to try out their public transportation system. The infrastructure on Malta works great and for 1.5 Euro (2 Euro during the summer), you can ride the buses for 2 hours before purchasing another ticket. You pay in cash to the driver and then you sit down and enjoy the ride. The good thing is that you can go almost anywhere on the islands during that time, so we decided to jump on a bus that could take us to the west side of the island. 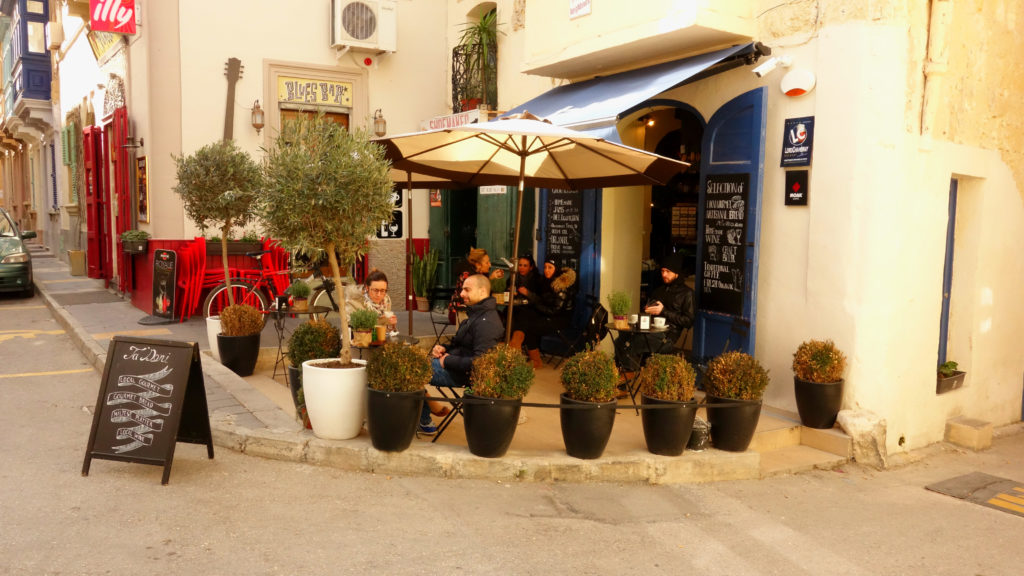 Our goal today was the Dingli cliffs that Ulrika had spotted while coming in for landing, and she immediately said that she wanted to visit those cliffs. We changed bus in Mdina and our second bus broke down, so we had time for a coffee while waiting for the next bus. 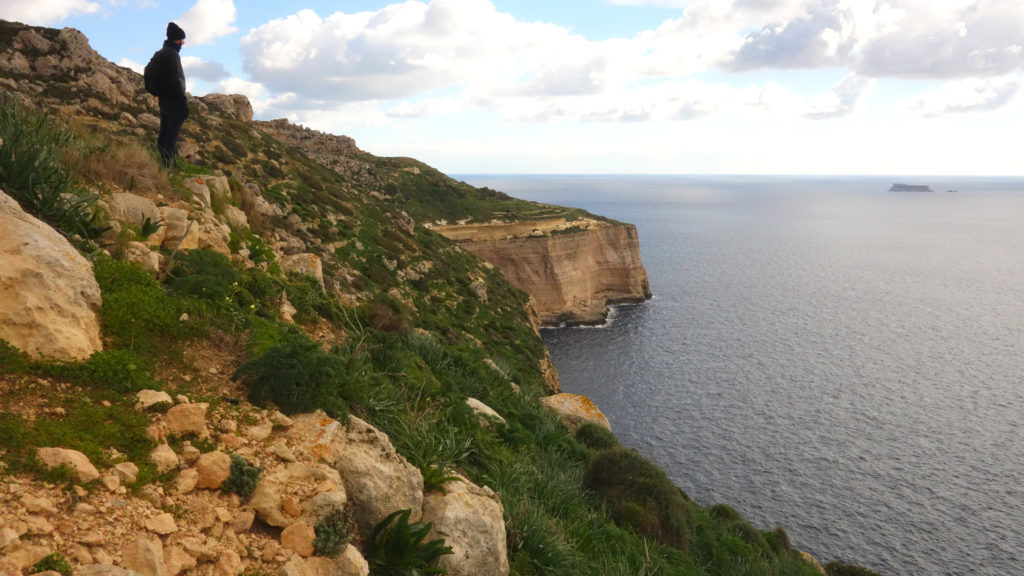 The Dingli Cliffs. Most people watch them from the road, but we’re not most people so we hiked down the limestone rocks to get as close to the edge as possible. 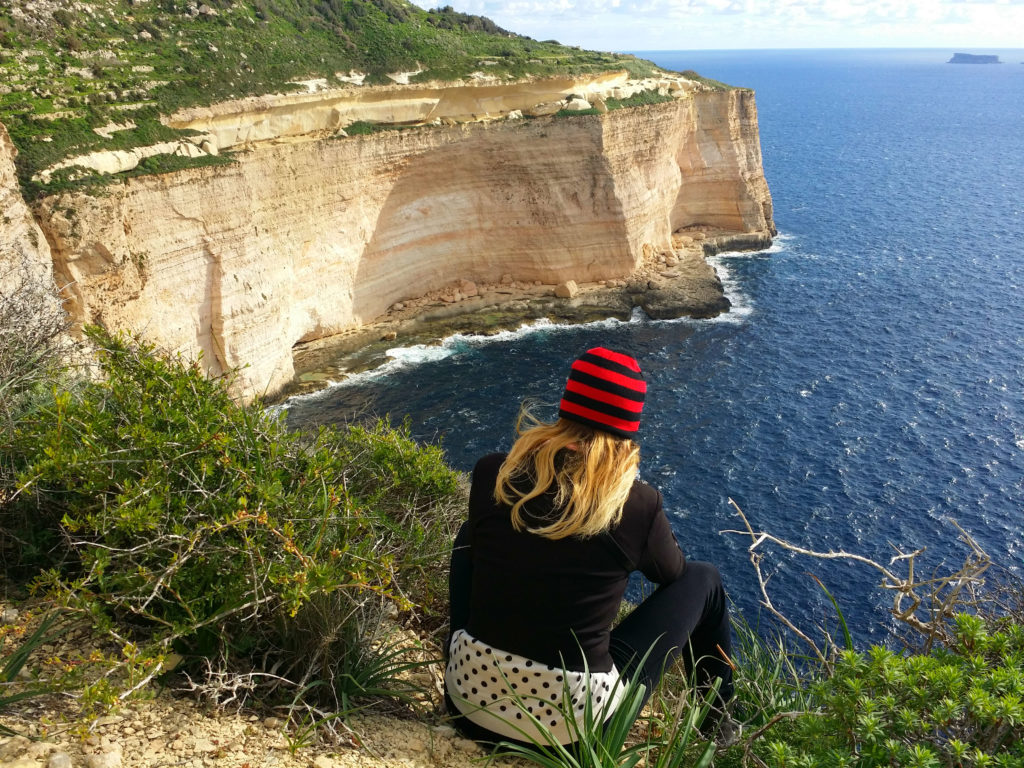 Finally next to the edge and Ulrika is making good use of our new camera. More picture from the Dingli cliffs can be found in the slideshow below.

Photos from the Dingli Cliffs: 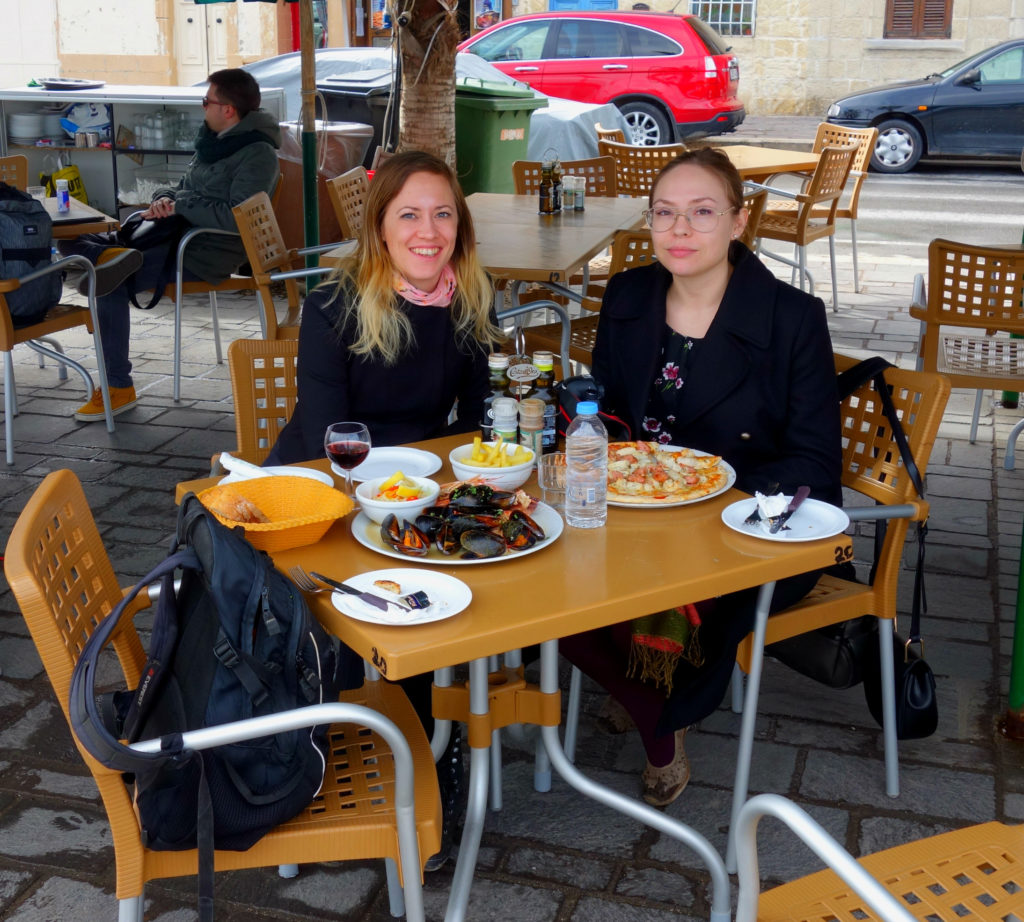 On our third day on Malta, Sofia felt well enough to come with us to explore Marsaxlokk, a fishing village in the southeast part of Malta. 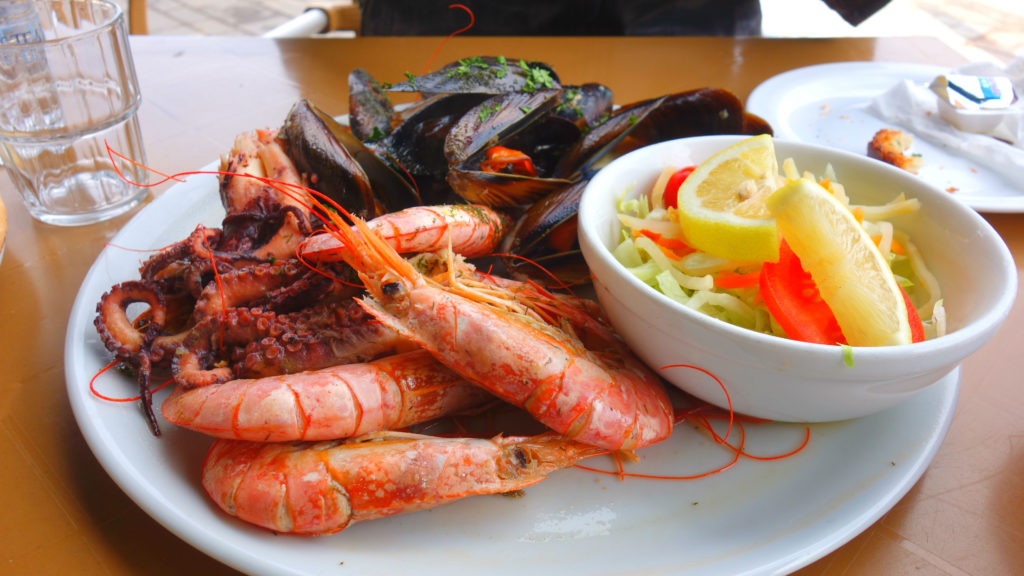 Seafood was our choice for lunch and it was the best octopus we’ve ever tried. 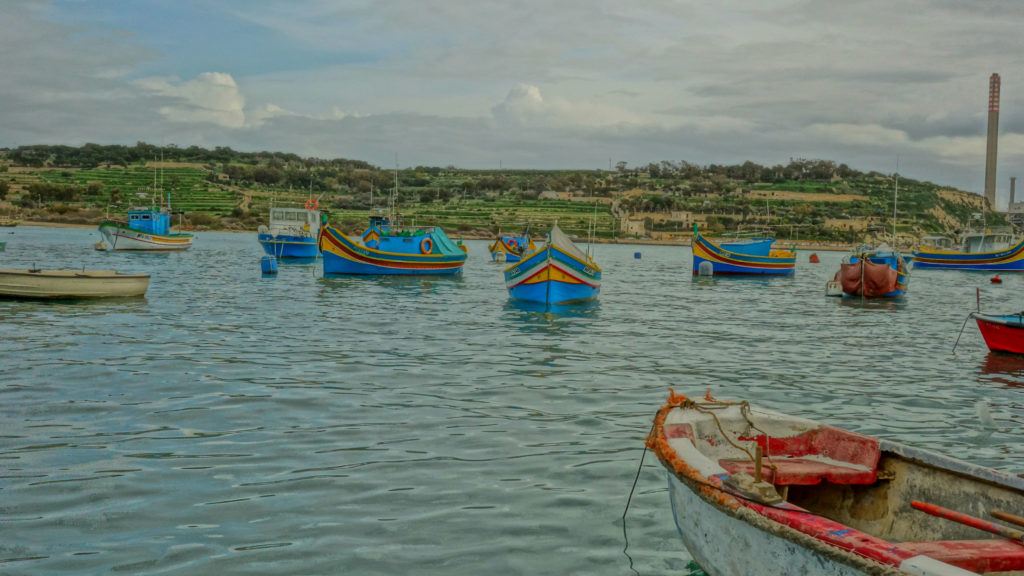 Most of Malta is beige, so nice coming to Marsaxlokk and seeing all the colorful boats at the harbor. 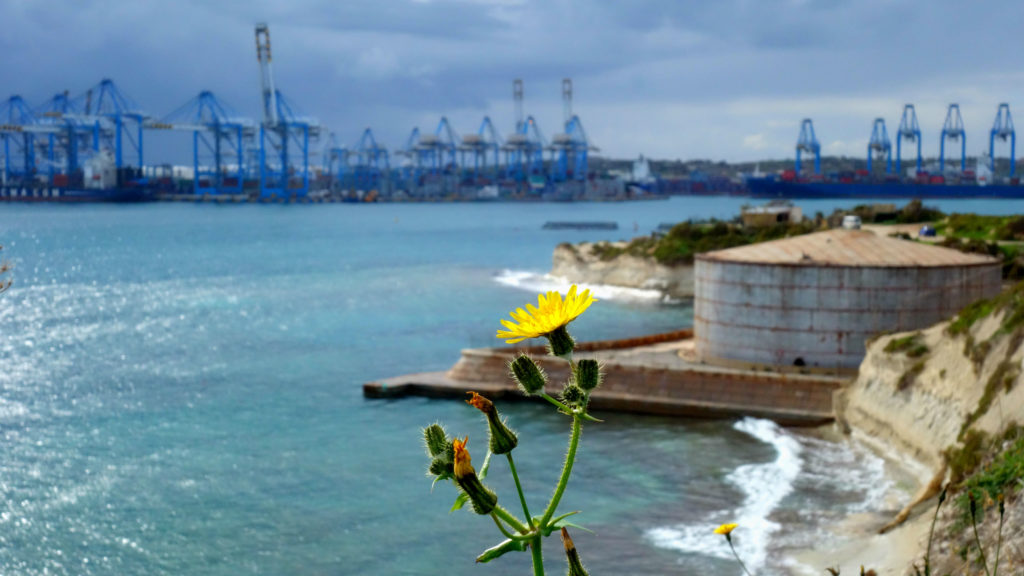 We also walked along the coast looking at the industrial parts of the harbor. 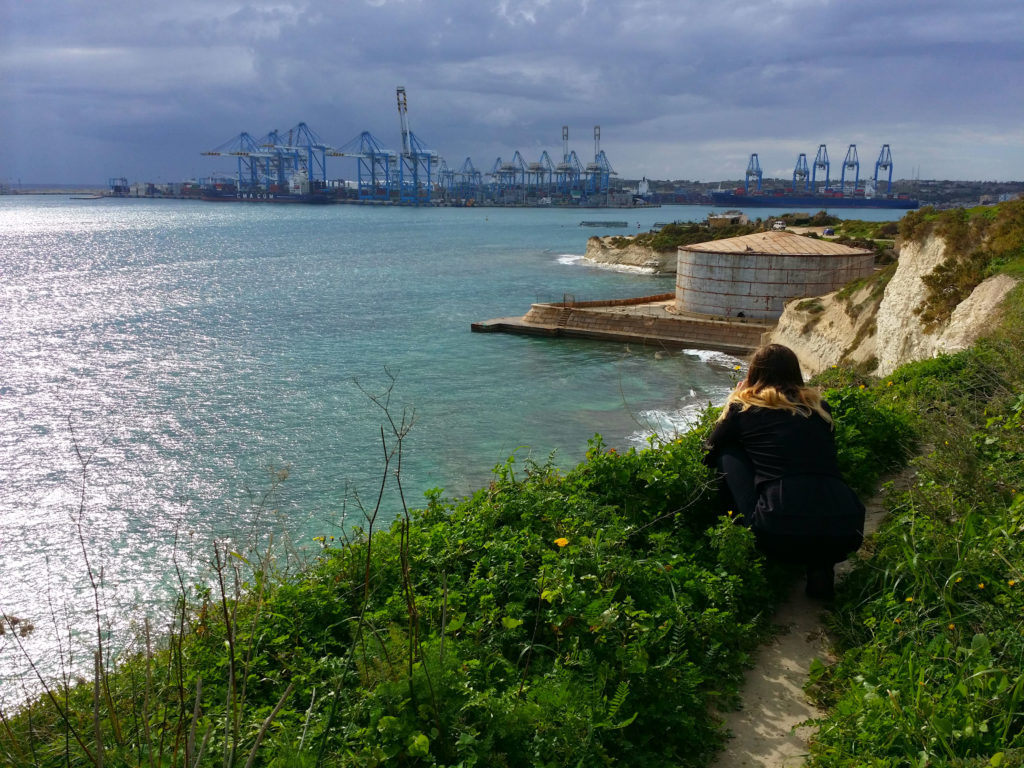 More pictures from Marsaxlokk and Zejtun can be found in the slideshow below. 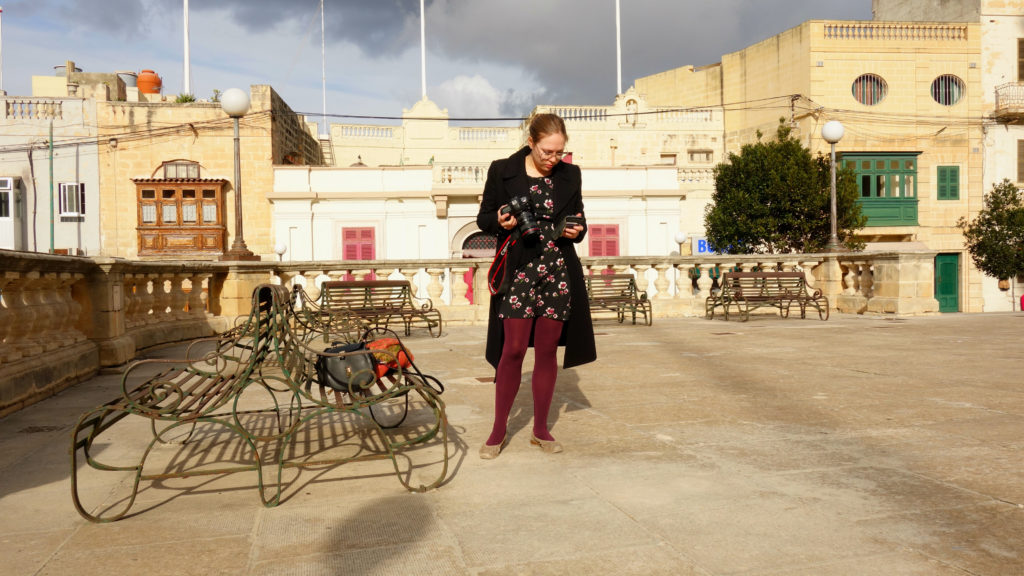 Thanks Sofia for a wonderful day.

Photos from Marsaxxlokk and Zejtun: 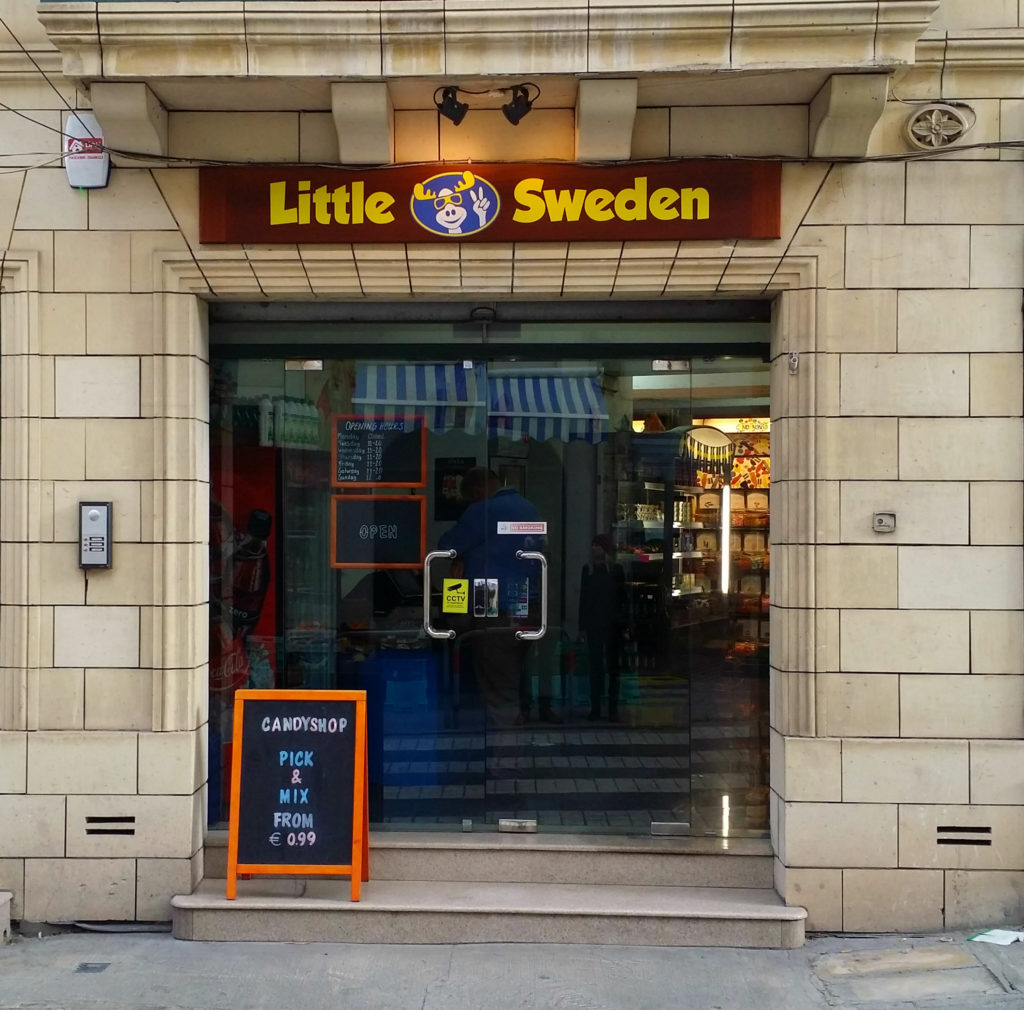 Sliema has a big Swedish expat community living there. Malta has favorable tax system so you’ll find a lot of Swedish people here working in the online casino industry and online loans industry. You’ll find “little Sweden”, a grocery shop with Swedish favorite food brands, including a “lösgodishylla”, a Swedish Pick-n-mix sweets shelf. You’ll find more pictures from the shop in the slideshow below.

Paceville is the backpacker place and the party streets, where you find these kind of places. 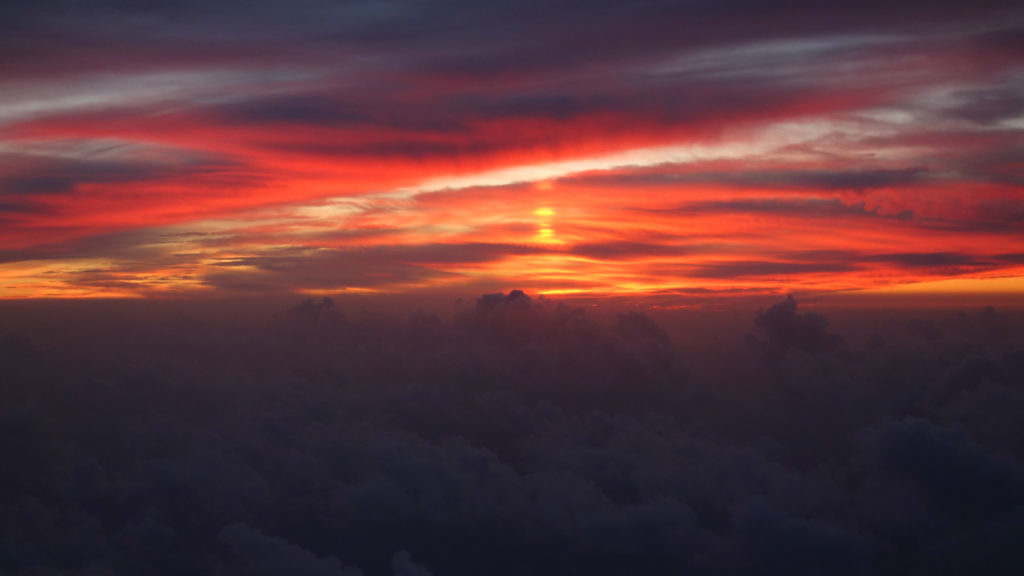 We returned to Sweden after five days on Malta to plan our present trip. However, we will see the island again in July when the Corax Conference is scheduled!