Two nights in Split in the Dalmatian region of Croatia

Split is located in the Dalmatian region in Croatia, and yes, the Dalmatian dog’s roots can be traced back to this region. However, we did not see any Dalmatians dogs during our visit here. Instead we got several chances to see the skyline of Split.  We only stayed two nights, but we managed to see a lot of different places in and around the city center before moving on. 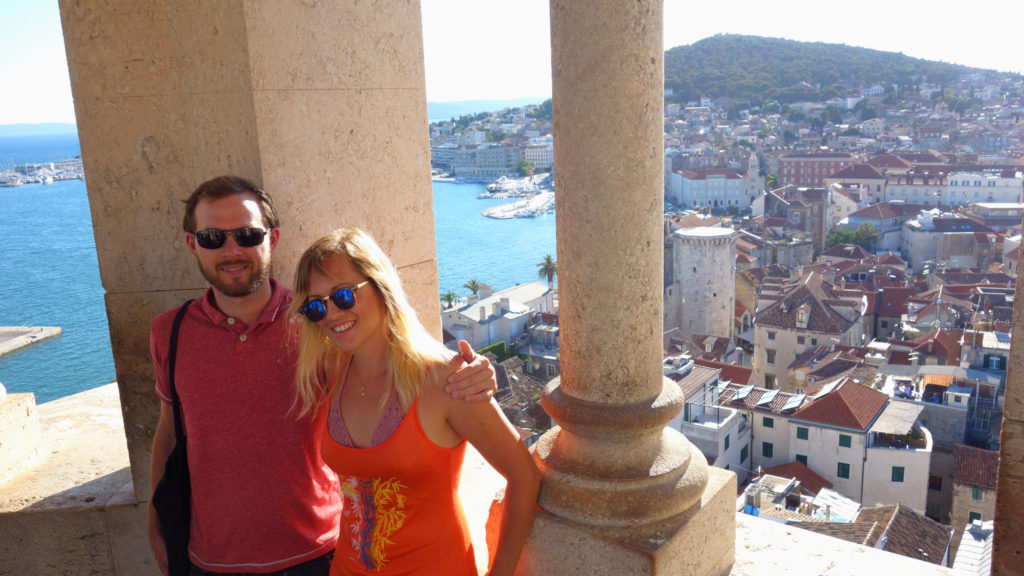 Linda suggested that we should spend a few days in Split, the second largest city in Croatia, so that’s what we did. Here we are looking at Split from the bell tower in the old town. 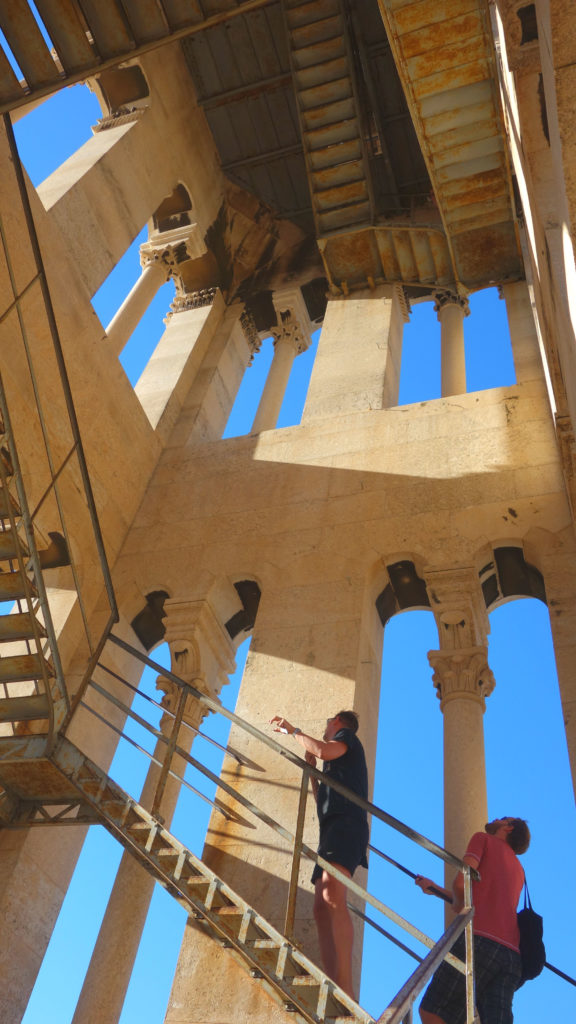 The stairs in the bell tower, we met some people on our way up that just couldn’t manage to conquer their phobia of heights.

St Domnius bell tower was constructed in the 12th century and it still stands today. 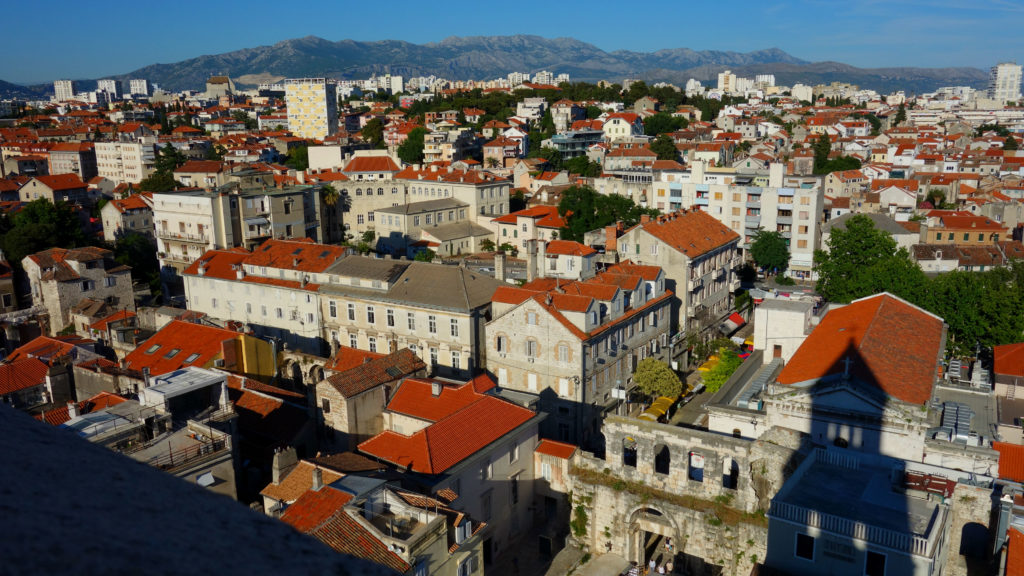 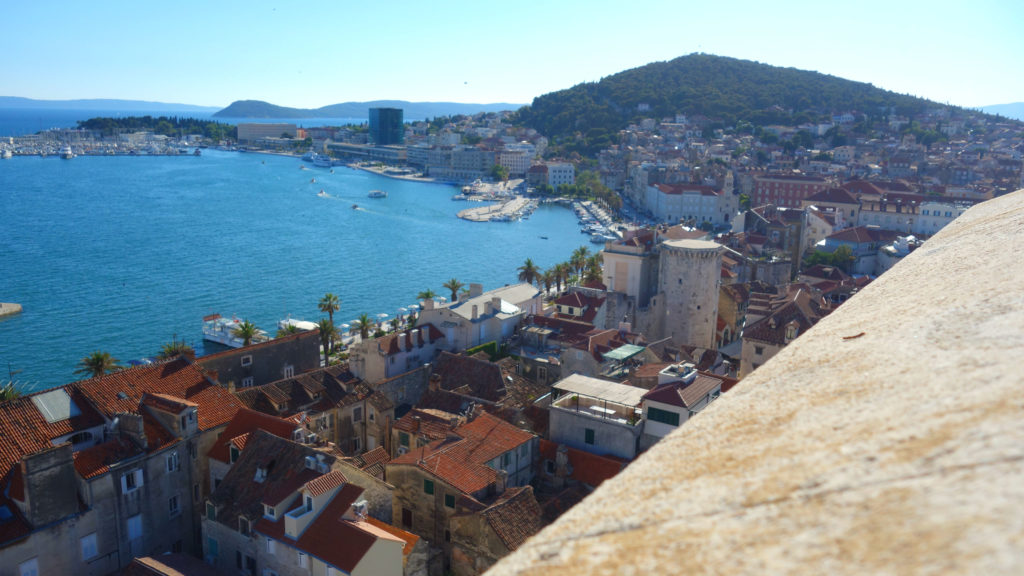 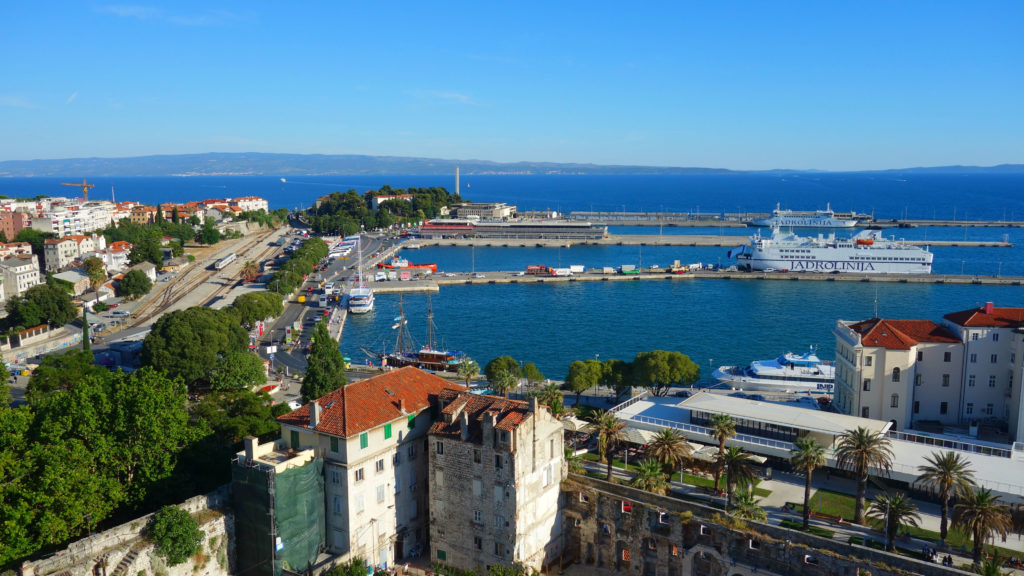 The Port of Split, where also the bus station and train station is situated, so getting in and out of Split is really easy. 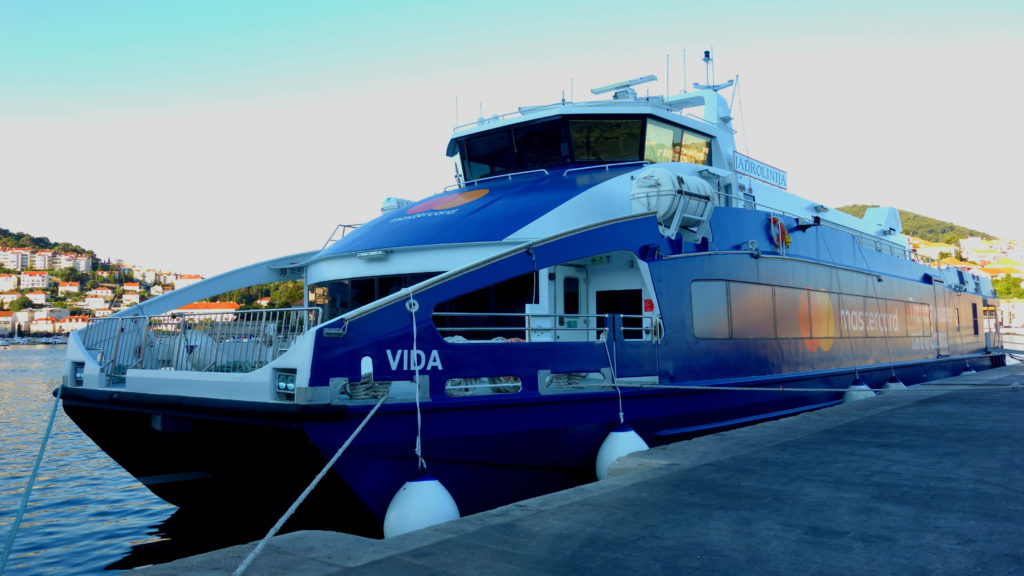 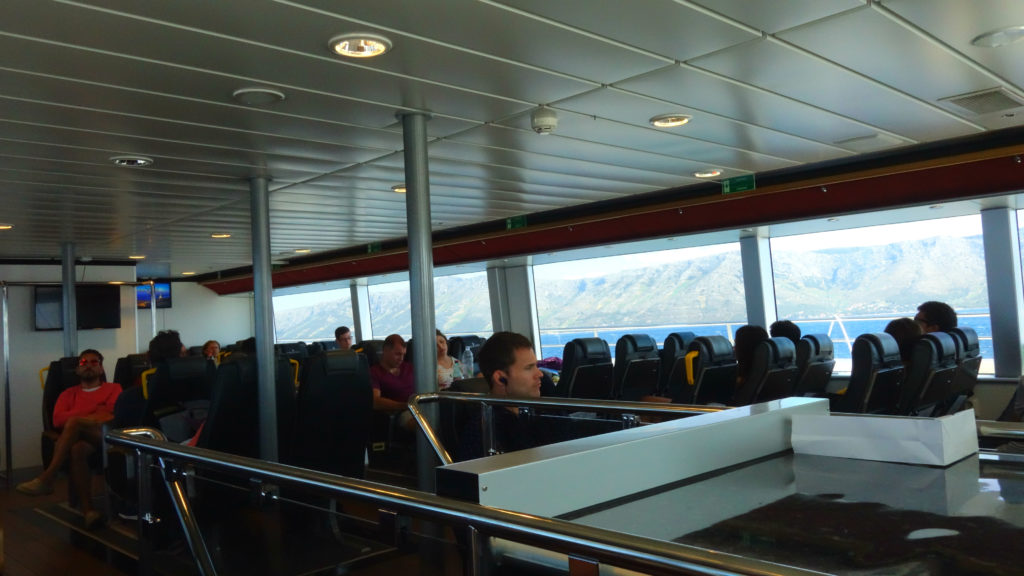 The boat is also very comfortable and cheap, by European standards, to go with. 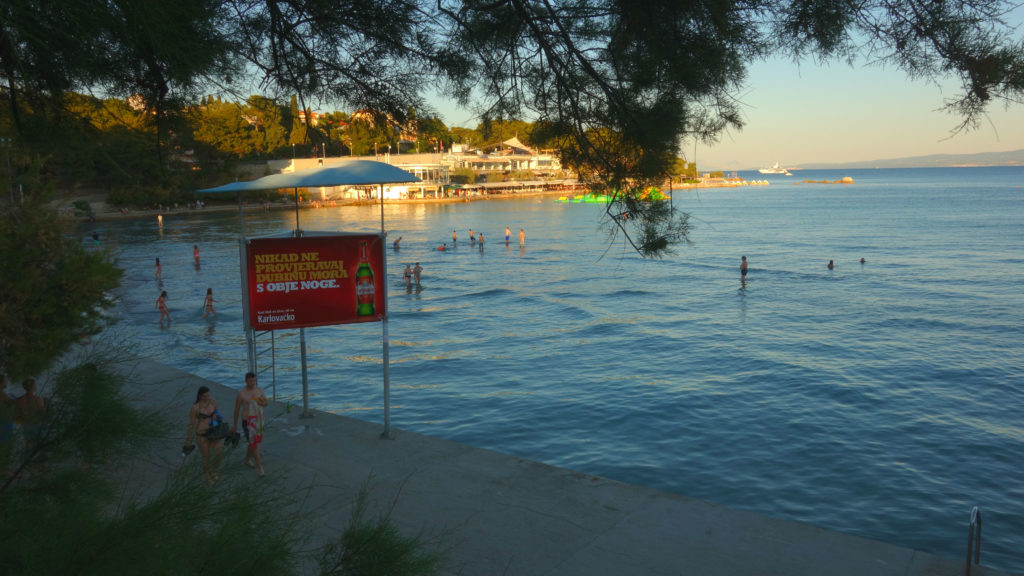 We had just two nights in Split, so we decided to walk around and explore the city right away. There are a few beaches in the south, near the city center, and Bacvice Beach is the most popular one. 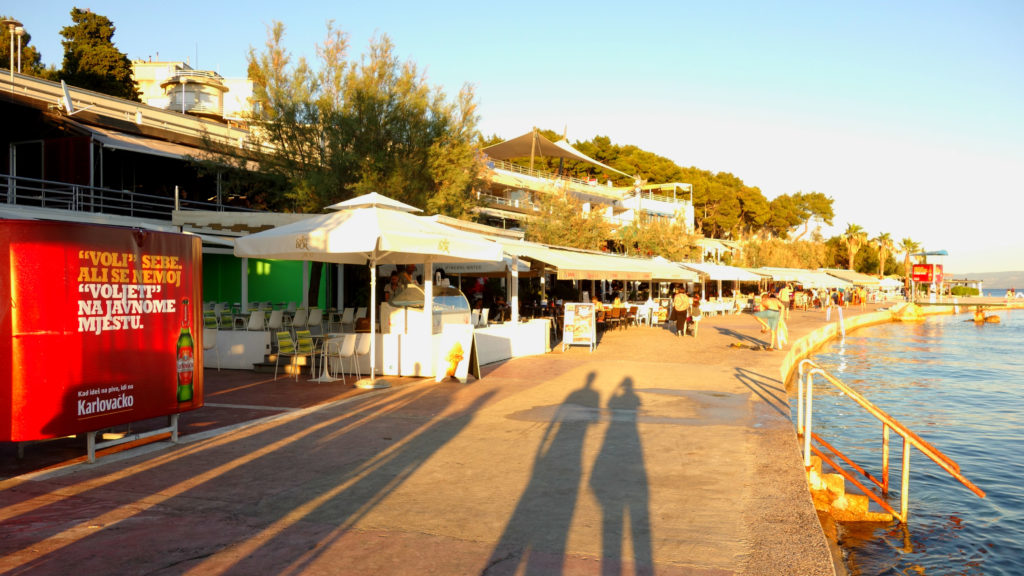 Bacvice Beach also has the main nightlife with bars and restaurants. 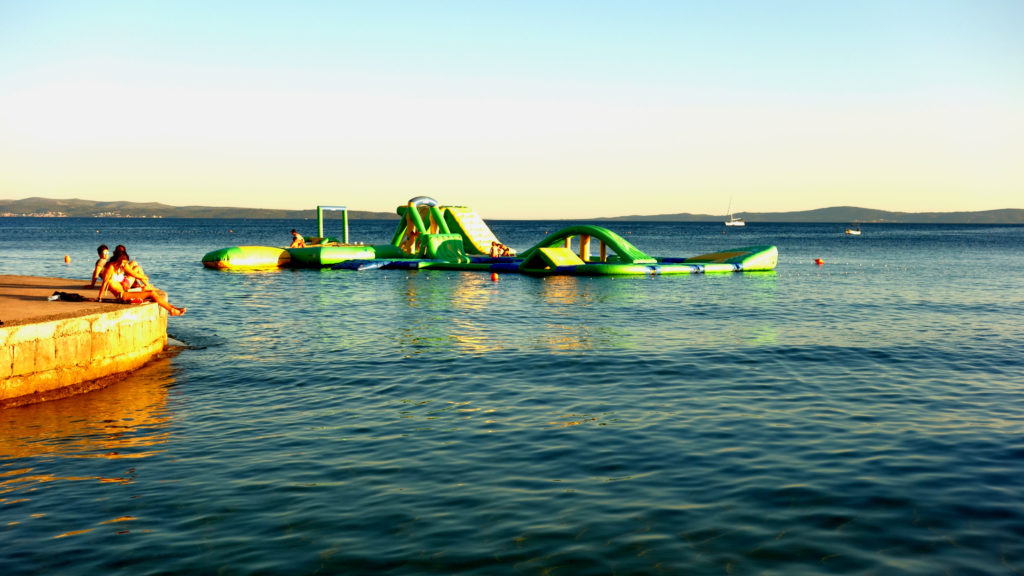 And a water playground for the kids. 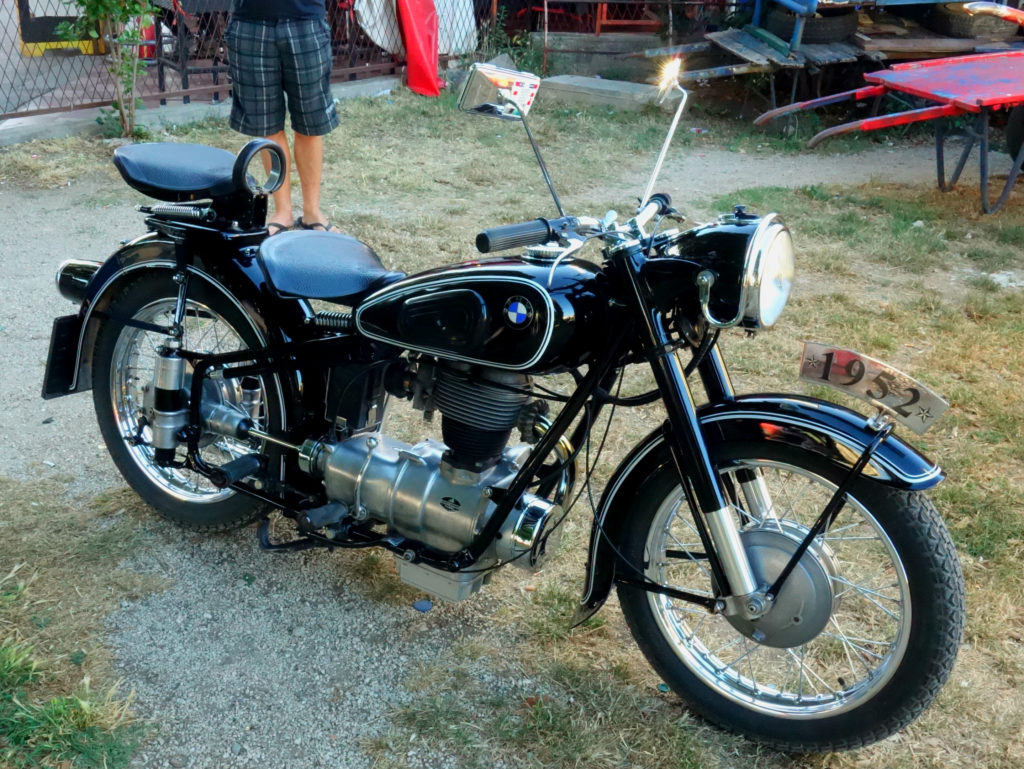 We also found a old motorbike in mint condition, with shaft drive instead of a chain. 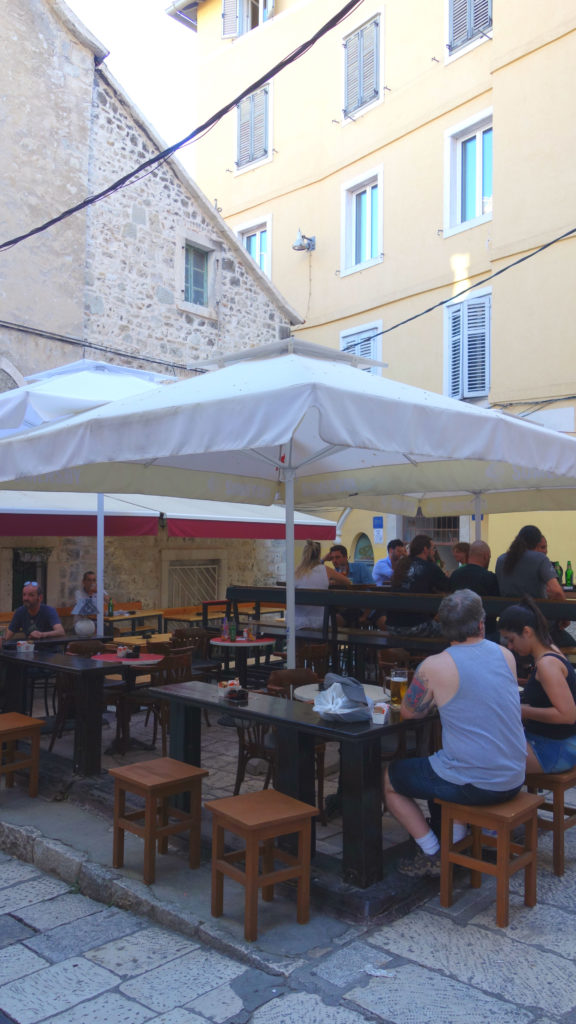 There are a lot of cozy restaurants in the old part of Split. 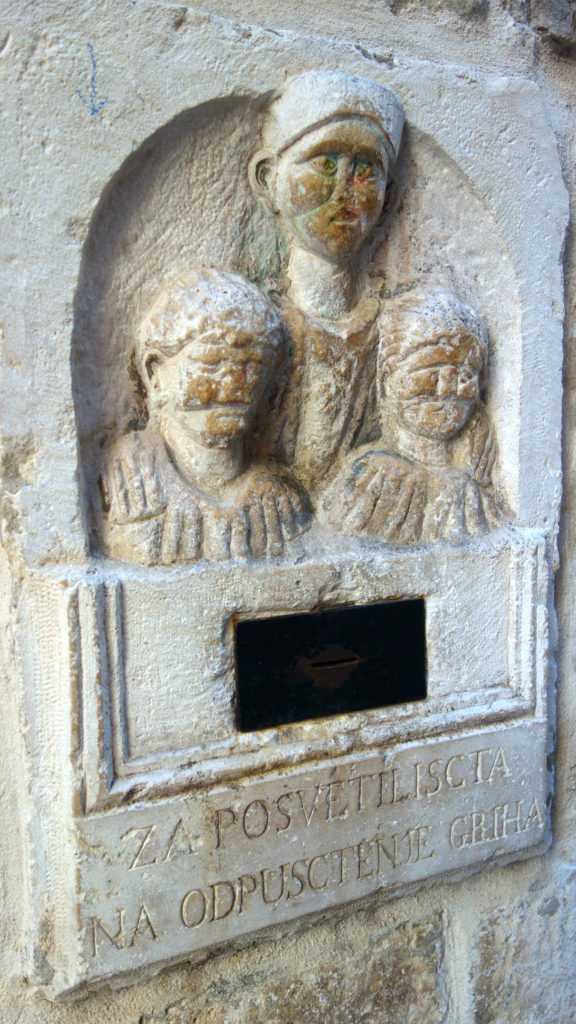 An old coin slot where you could donate to orphans. 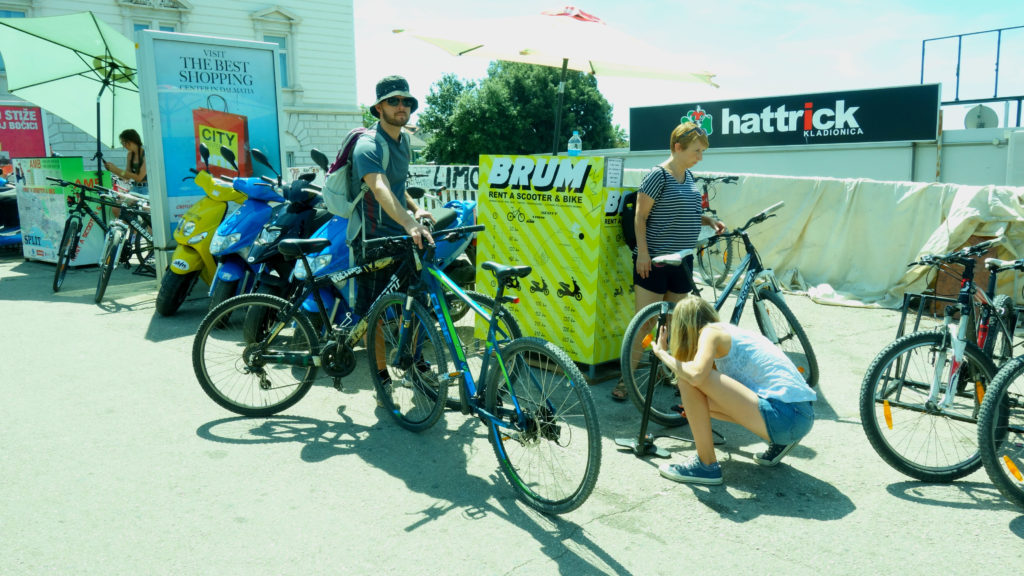 We met another Swede, Anna from Umeå, whom we rented bikes with and explored the peninsula. 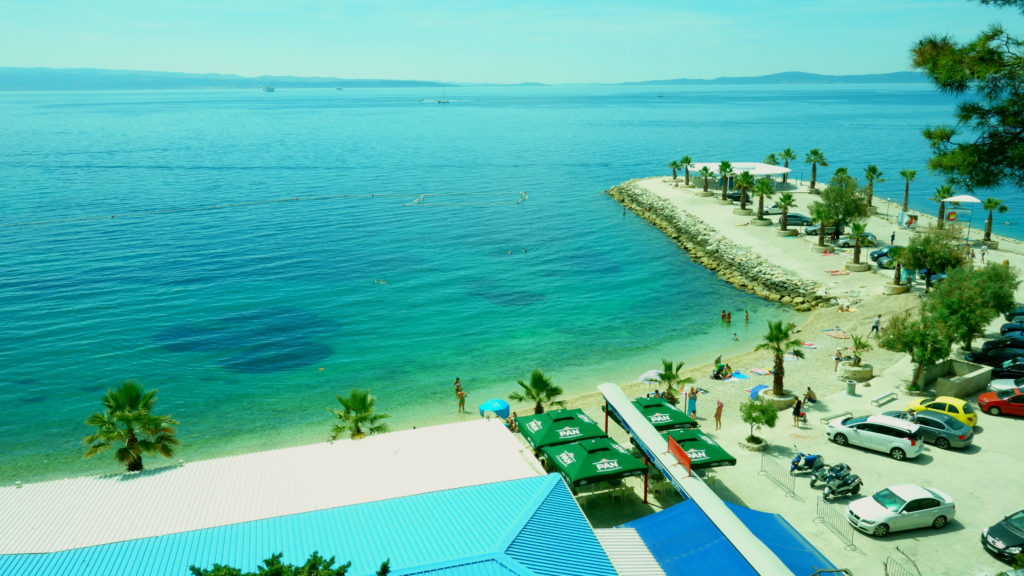 The nice beaches can be found on the peninsula. 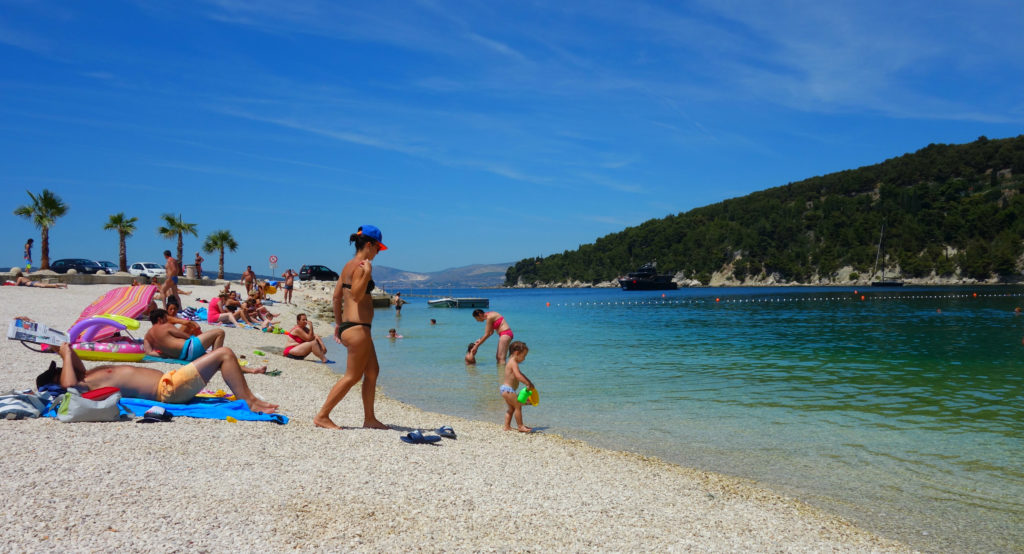 We had a break and tried the cold waters of Croatia, which was very refreshing, before heading up on the hills. 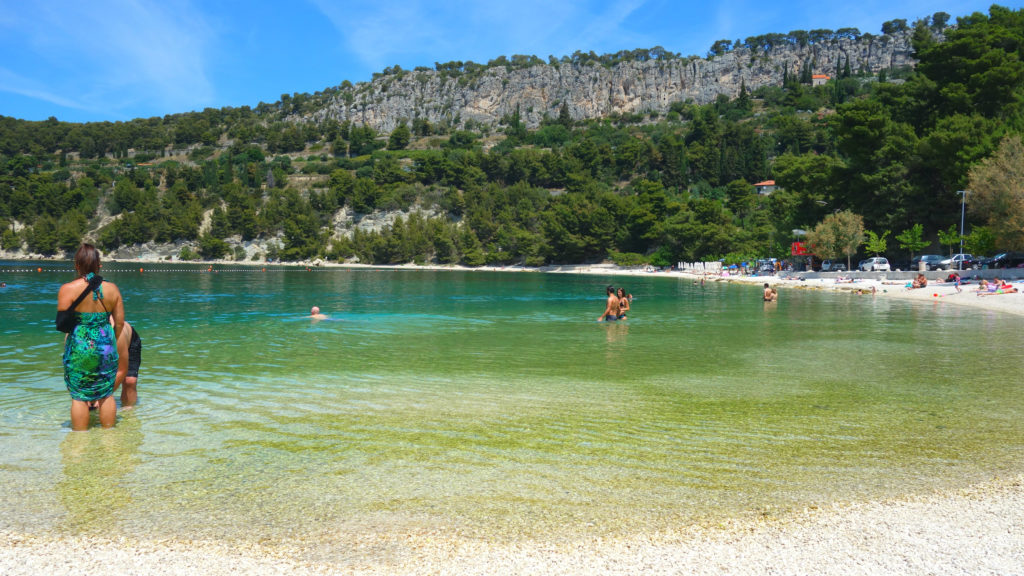 Marjan National Park on the peninsula was our goal for the day. 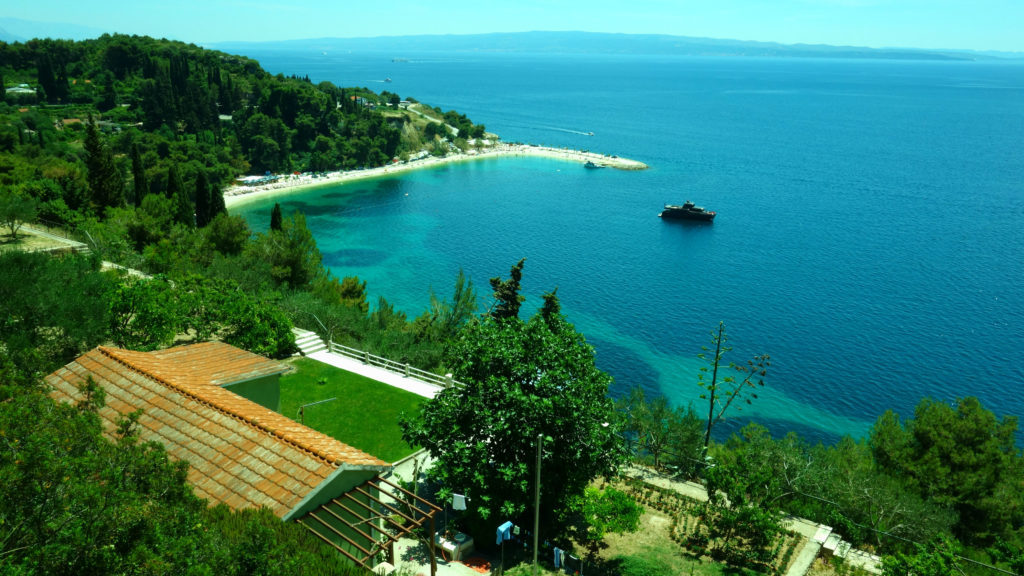 From the hill we could see the beach, where we had been taking a break. We also made a video during the day that you can see below. 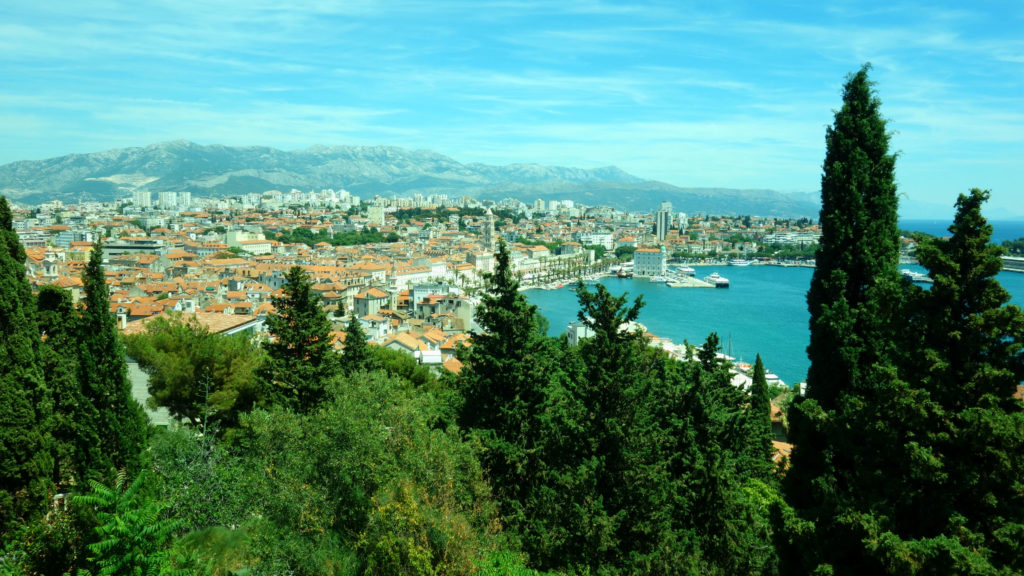 We got a really nice view over Split. 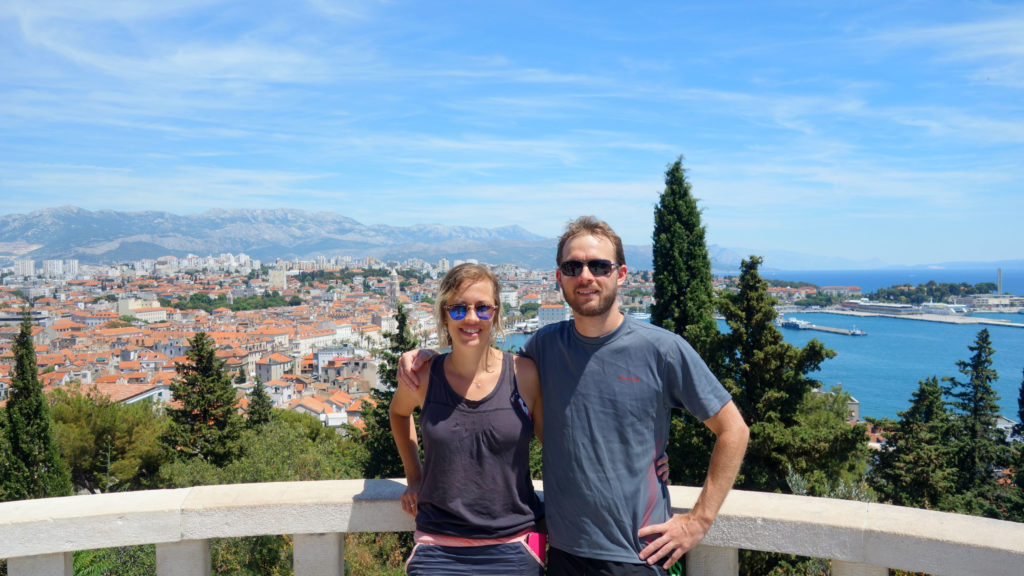 The day after we packed our bags and took the train to Slovenia, so goodbye Split it was a pleasure meeting you!