There is a large pink salt lake just outside the centre of Torrevieja, and we thought that it would be nice to spend a day exploring that part of Torrevieja before we left this place. The pink lake is one of the largest salt lakes in Europe, and people come here to roll in mud and making their own outdoor SPA. It is supposedly very  healthy to take a bath here. However, we did not jump into the lake, especially not after Pontus felt nauseous and dizzy from going near the shore. We heard afterwards that the pink lake is a great source of mosquitoes and that the city of Torrevieja sprays the lake with mosquitoe-killing chemicals a few times a year. So it was probably that Pontus could sense.

The last days in Torrevieja we spent with Pia and Benke going to a market and eating dinner together, and then it was time for us to travel north. 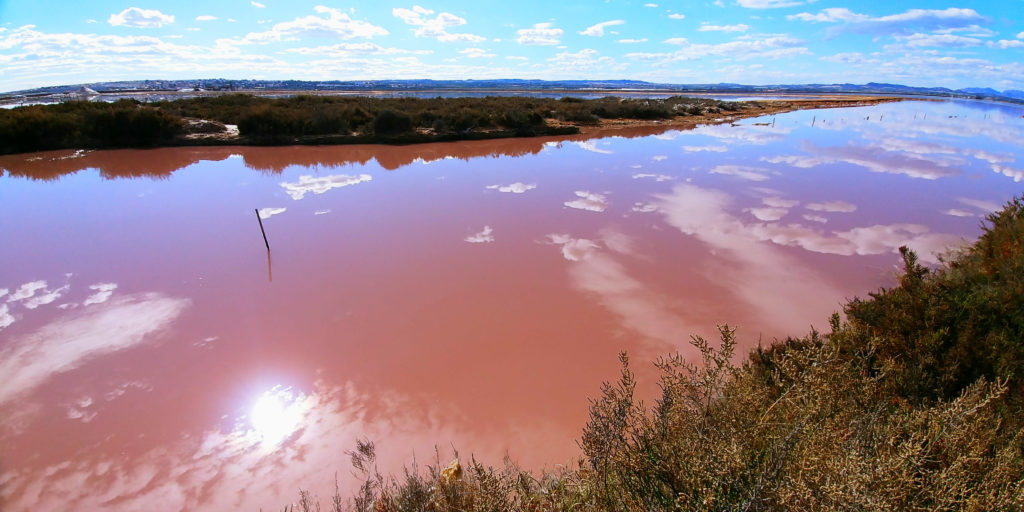 The pink lake is pink from pigments produced by a salt-loving bacteria, the Halobacterium bacteria which can sustain itself in extremely salty environments.The pink color is also caused by an algae, Dunadiella Salina. The Flamingos, which stay here parts of the year, turn bright pink because they eat the Artemia Salina brine shrimp, which feed on the bacteria in the lake. 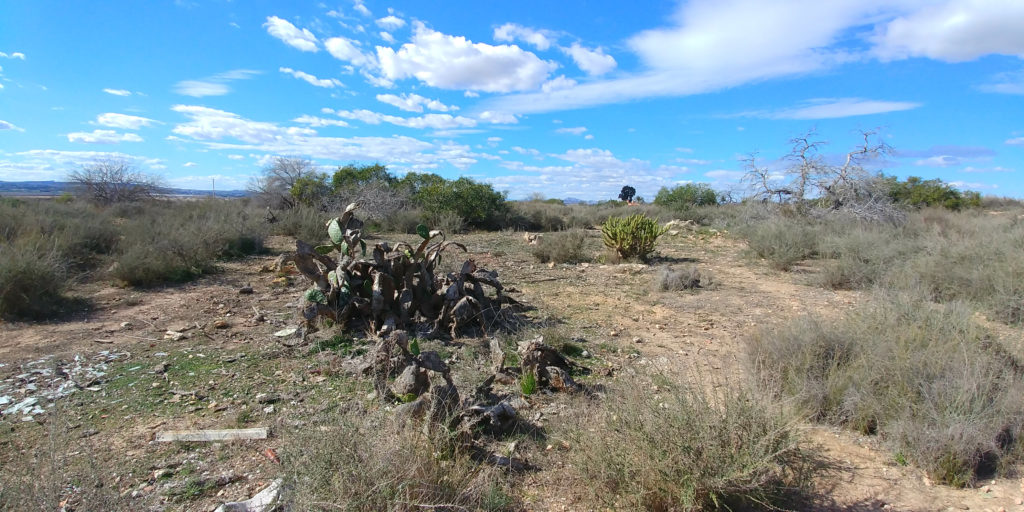 We did not take the common way to the pink lake and its shores, instead we walked through wasteland and got a nice post-apocalyptic game feeling. 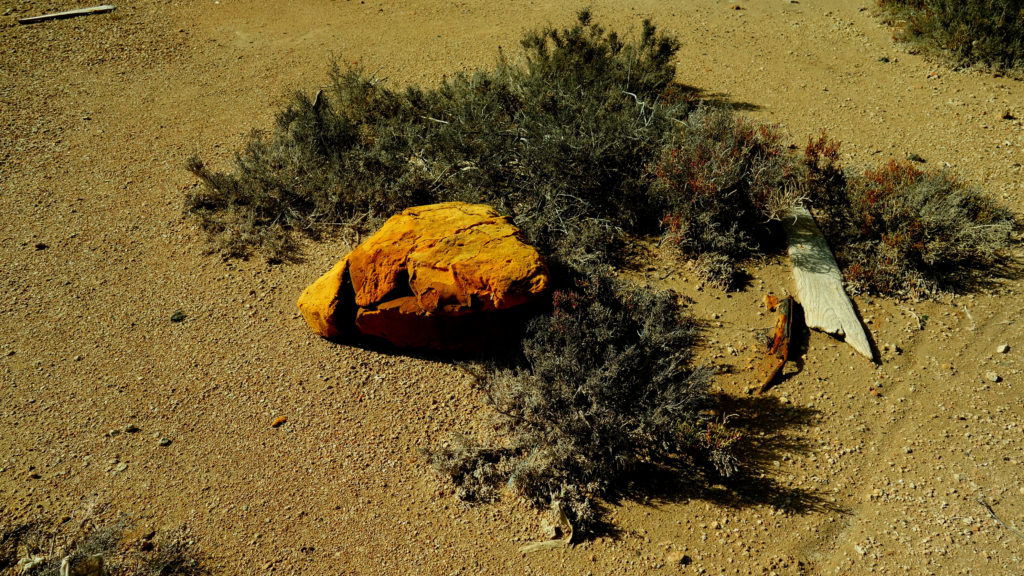 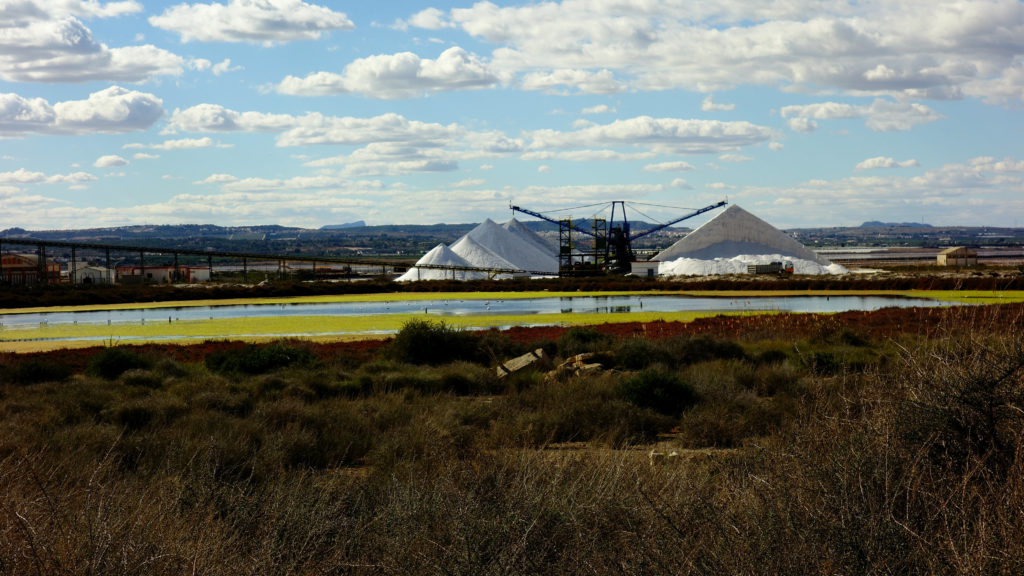 When water evaporate in the pink lake, the salt level reaches 300g per litre and crystallisation of salt happens. The salt crystals sink to the bottom and can then be collected and sold. 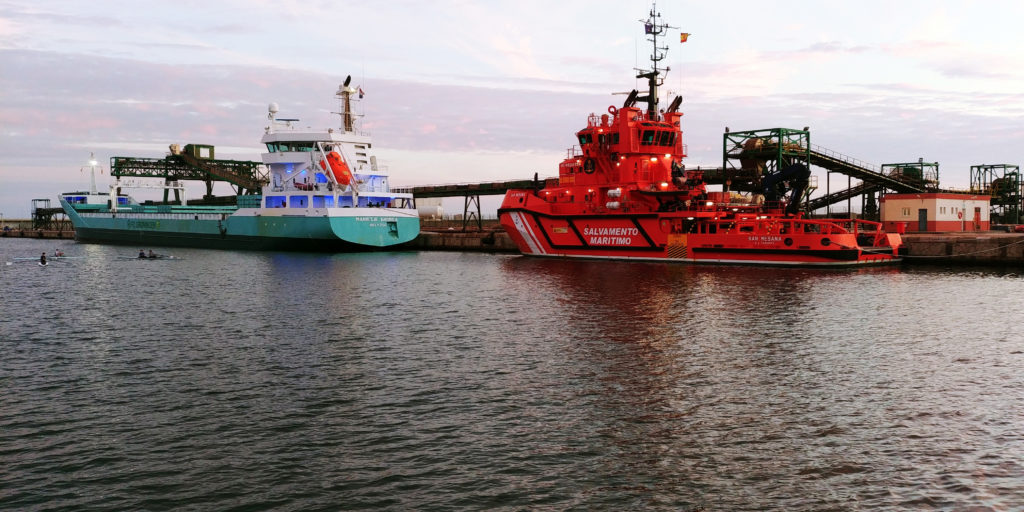 There are salt boats getting filled in the harbor of Torrevieja and, according to Wikipedia, most of the salt boats are going to Netherlands and Sweden.

Most boats in the Marina of Torrevieja are, however, sail boats. 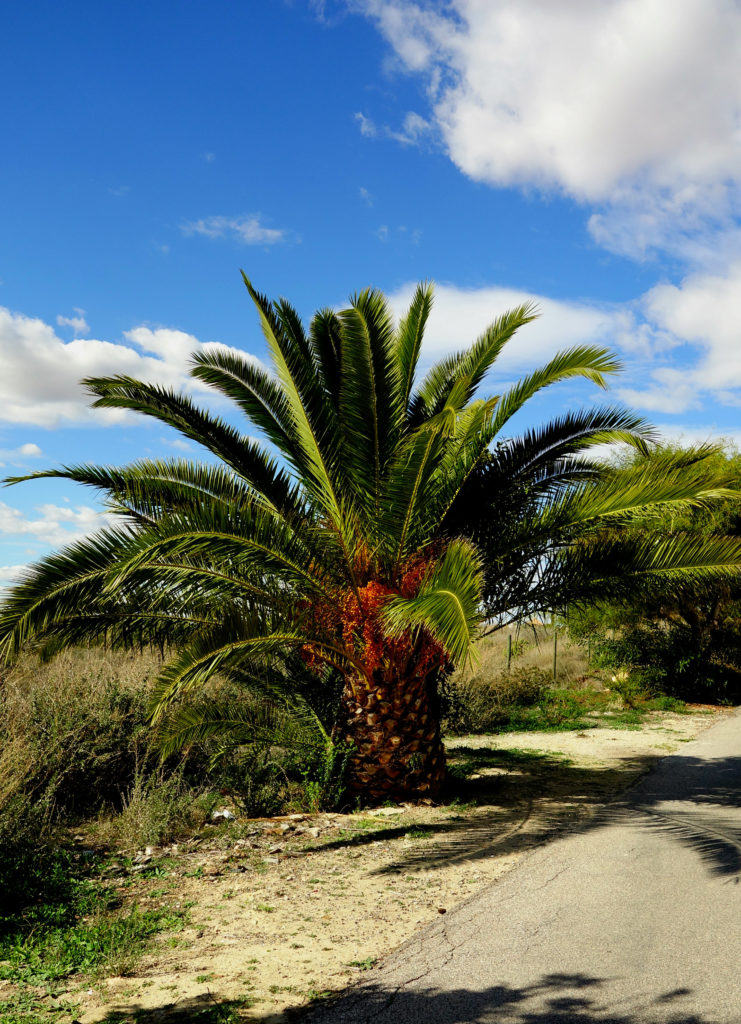 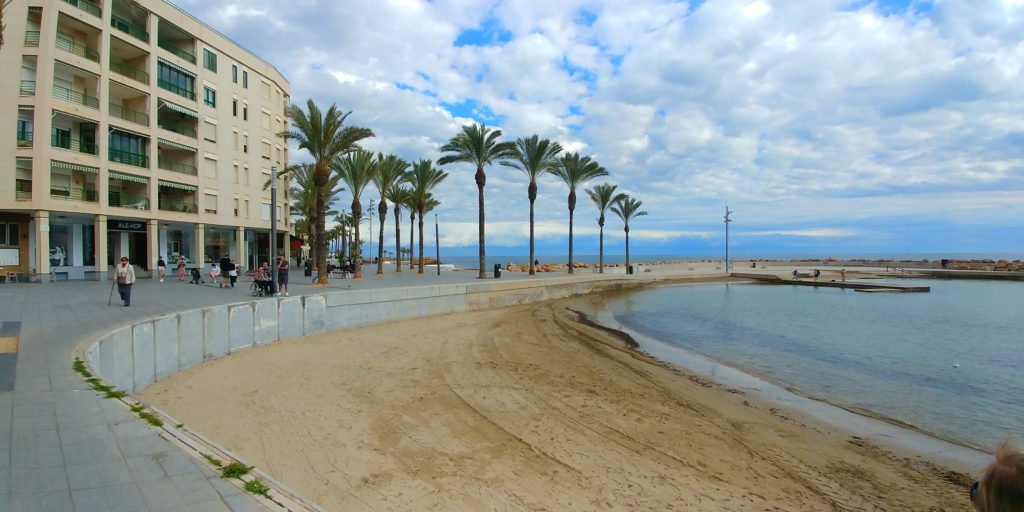 The beaches were almost empty now in February. 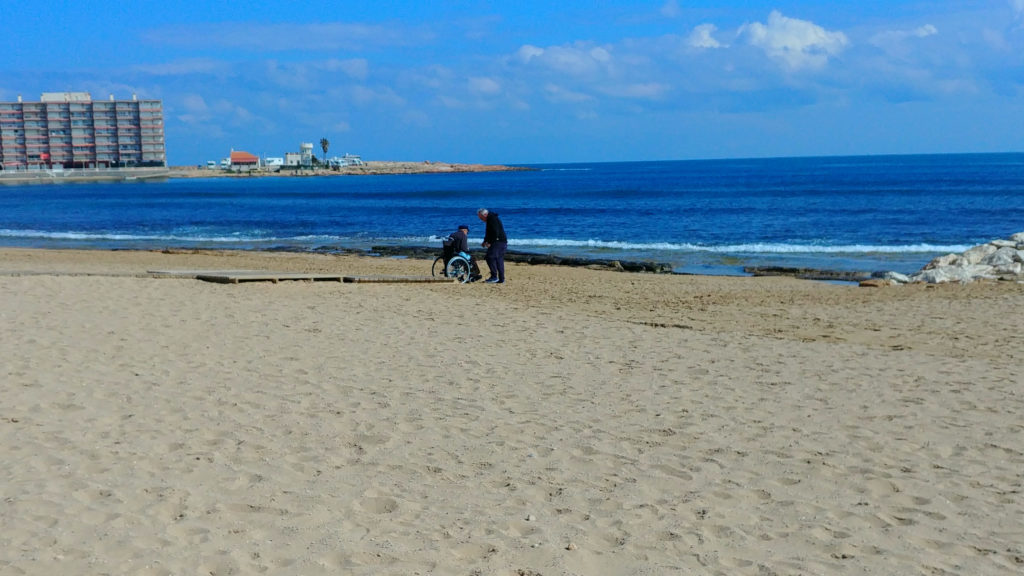 Except for a few daring people. This is what our conception of life is all about – people helping people without force or threat of violence. 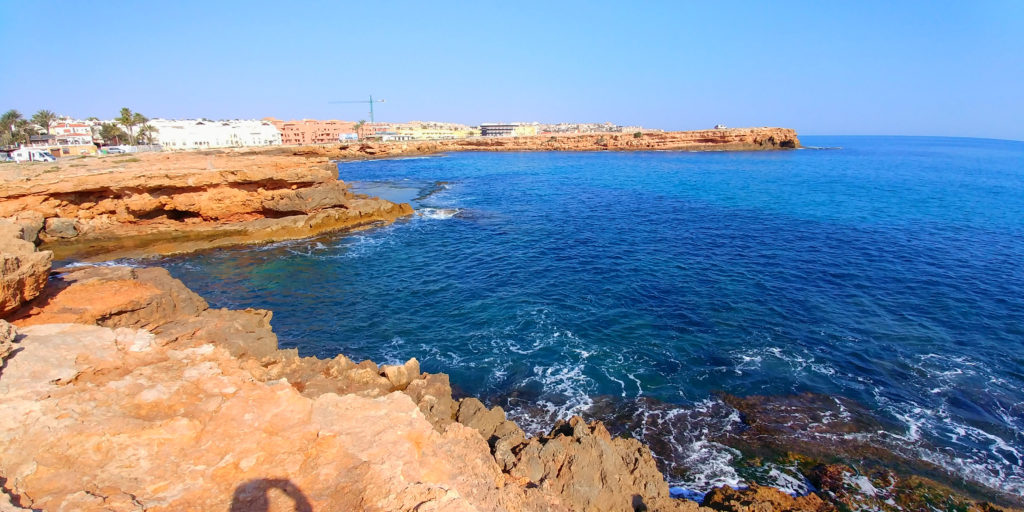 Everything else is mafia-like. Talking about the mafia, apparently Torrevieja had one mafia too and this was the place where unwanted people met the fishes. The local police had to fish up a number of bodys here during the active years of the mafia.

There are a lot of Scandinavian restaurants, and they even have a street named Sweden where you can find Ulrika’s least favorite Danish dish “smörrebröd”. 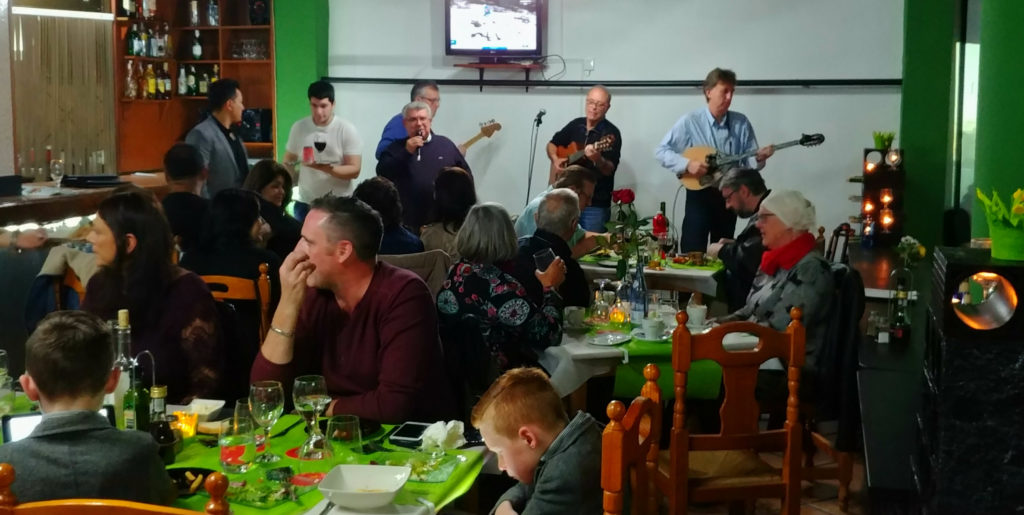 One of our favorite restaurants in Torrevieja “Salt and Pepper”, serves Greek food and they have live music on Saturdays combining the Greek and Spanish influences. We got to listen to the Greek/Spanish version of O’ sole mio.

We had never tried Churros before even though we have spent a good amount of time in Latin America, so we felt we needed to try it at least once here in Spain. It was to sweet for us, so we will leave the tasting experience to this one time.

We found Mega Man next to a construction site here in Torrevieja, they are building a lot here, mostly condos. 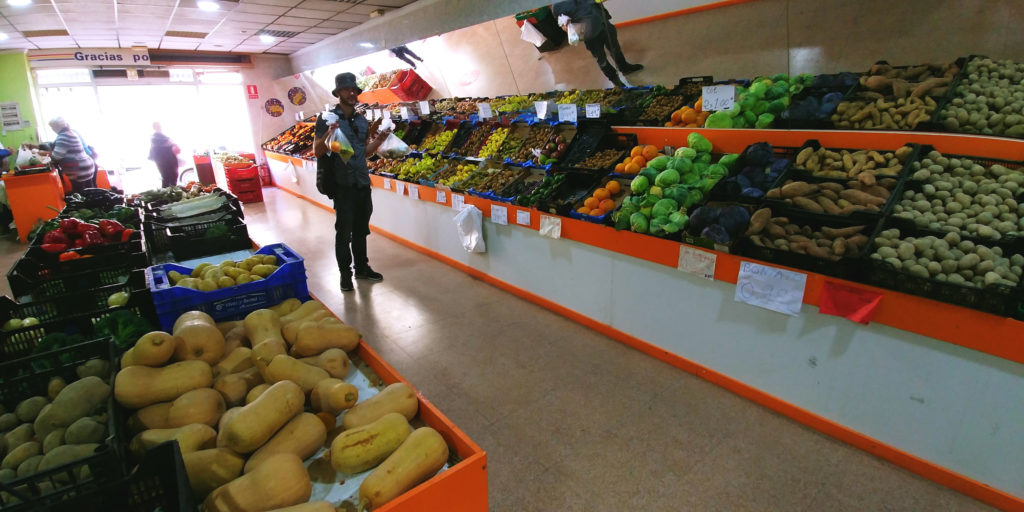 Ulrikas appetite had come back so we mostly cooked our own food, and went out eating if we got company by Pia and Benke. Here is Pontus with our local fruit and vegetable provider. 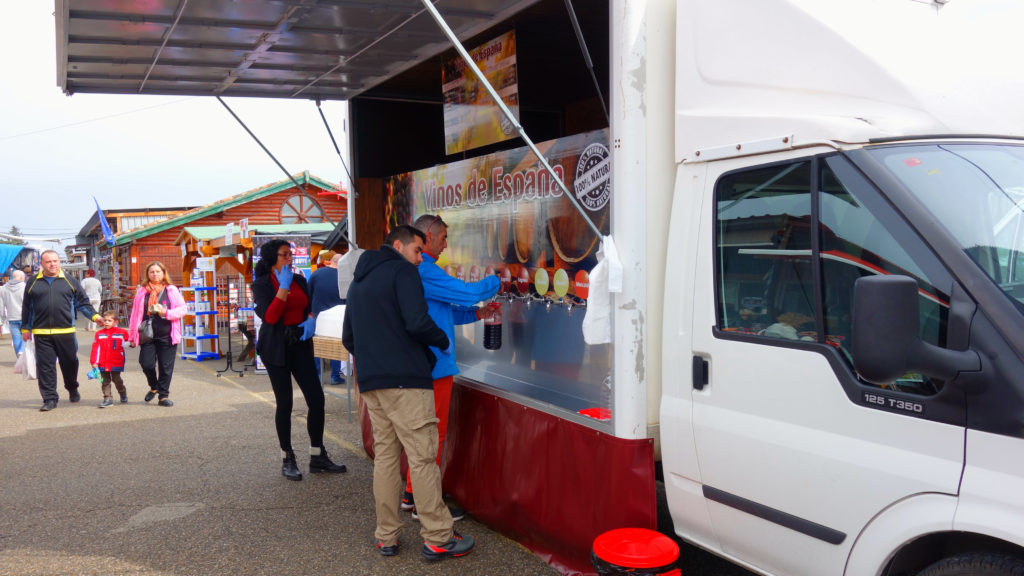 Pia and Benke took us to a popular market for tourists and it was here we found the bag-in-box wine on tap. We had to take a picture of this, imagine if you could find this kind of trucks on local markets in Sweden. In Sweden you are not even allowed to sell alcohol from your own wine yard, everything has to go through the state monopoly. 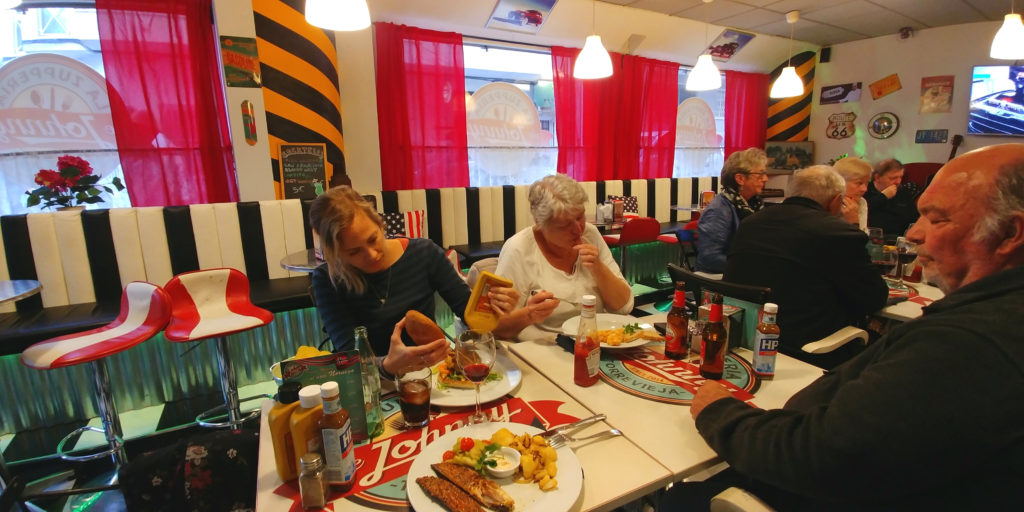 Last night in Torrevieja and we ate dinner with Pia and Benke, saying good bye for this time in a Norwegian restaurant with an American 50’s interior.

The next morning Benke drives us to the train station in Alicante just when the sun was about to rise. Next stop Barcelona!