July was incredible hot in Sweden and for Ulrika this meant tiredness and just find ways to try to cool off. We had planned to spend some time with family before we had to leave Sweden, so we did just that. Ulrika’s birthday wish was to go to Säter’s mental healthcare museum so this trip was our only adventure during July. We also had to do a lot of preparations for the coming birth of our child, so July went by incredible fast for us.  Below is a summary of our July in pictures. 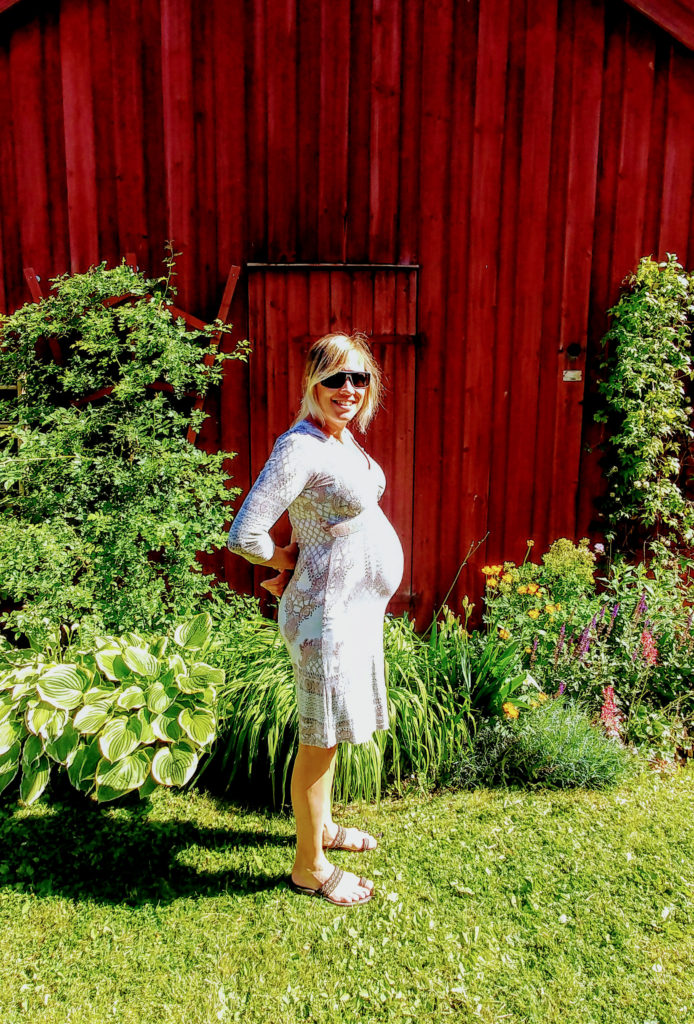 Week 32 photo of Ulrika and little did she know that Sweden would experience the hottest summer since the Swedish Weather institute started their measurements 250 years ago. Here. she was just glad not to be nearer the equator 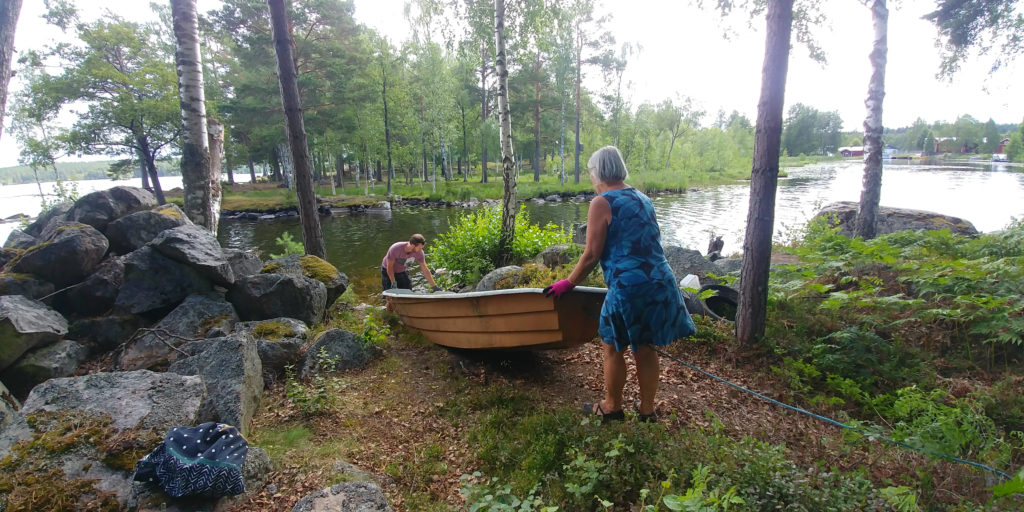 We were in Dalarna with Pontus family for the most part helping out with different things. 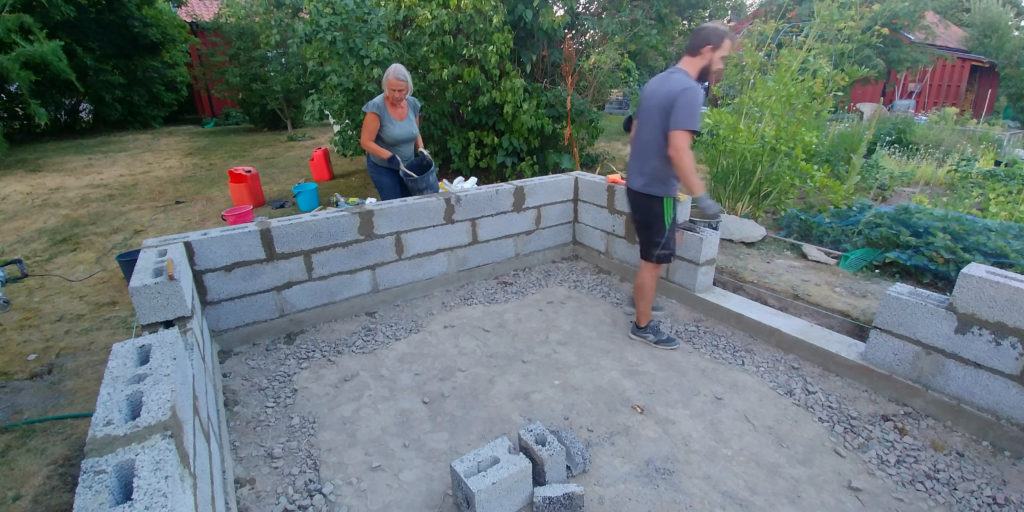 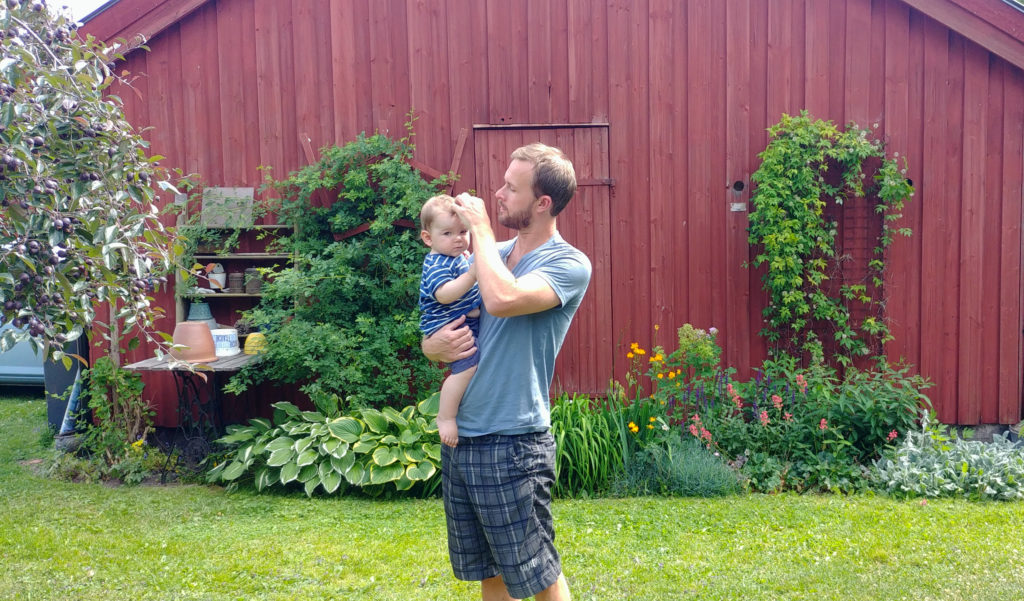 We also got to hang out with Pontus nephew Noa (Grattis Noa på födelsedagen!) 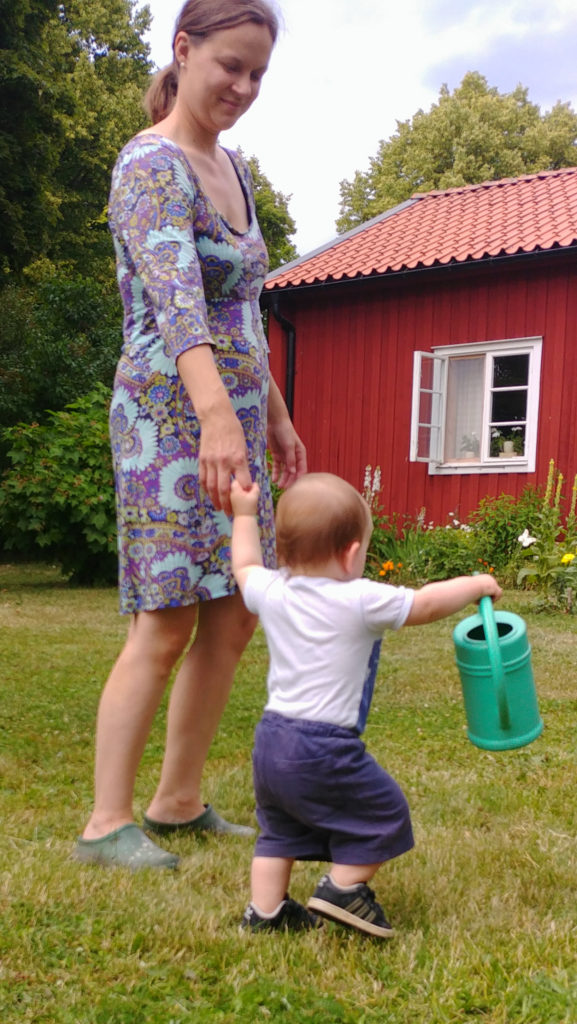 Noa showing us and his mother Hanna that he was almost ready to start walking by himself. Soon he would let go of his parents hands and begin to explore the world. 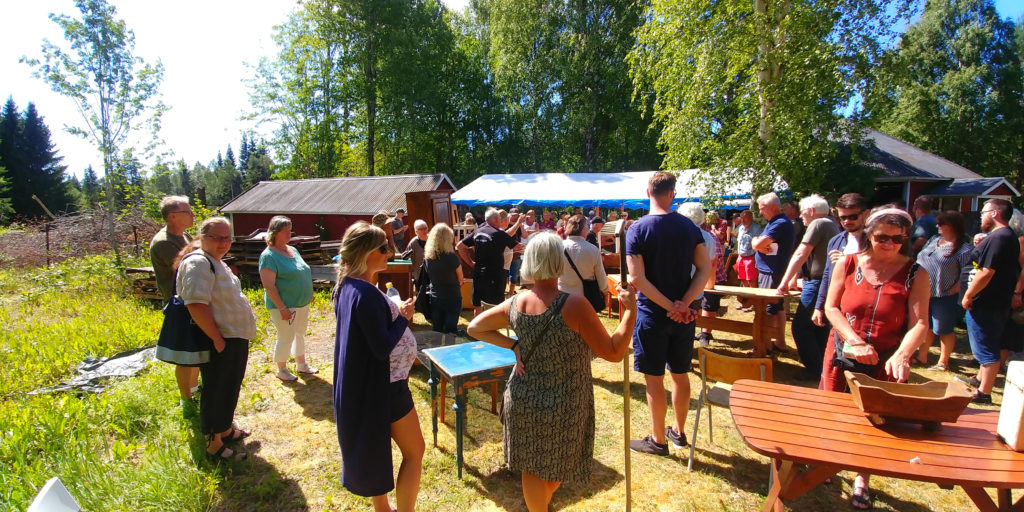 We went to an outdoor auction in Dalarna. 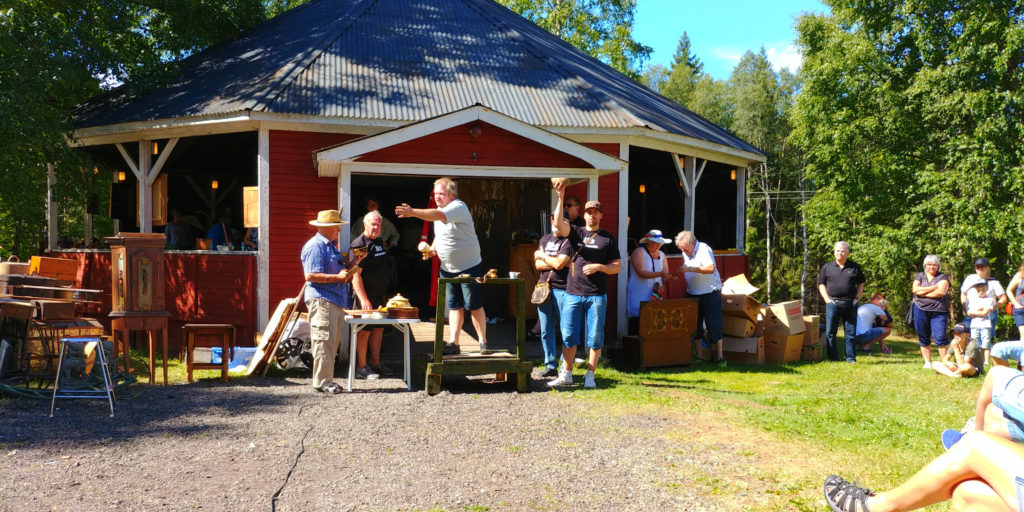 It is interesting to see the psychology behind the bidding strategies. 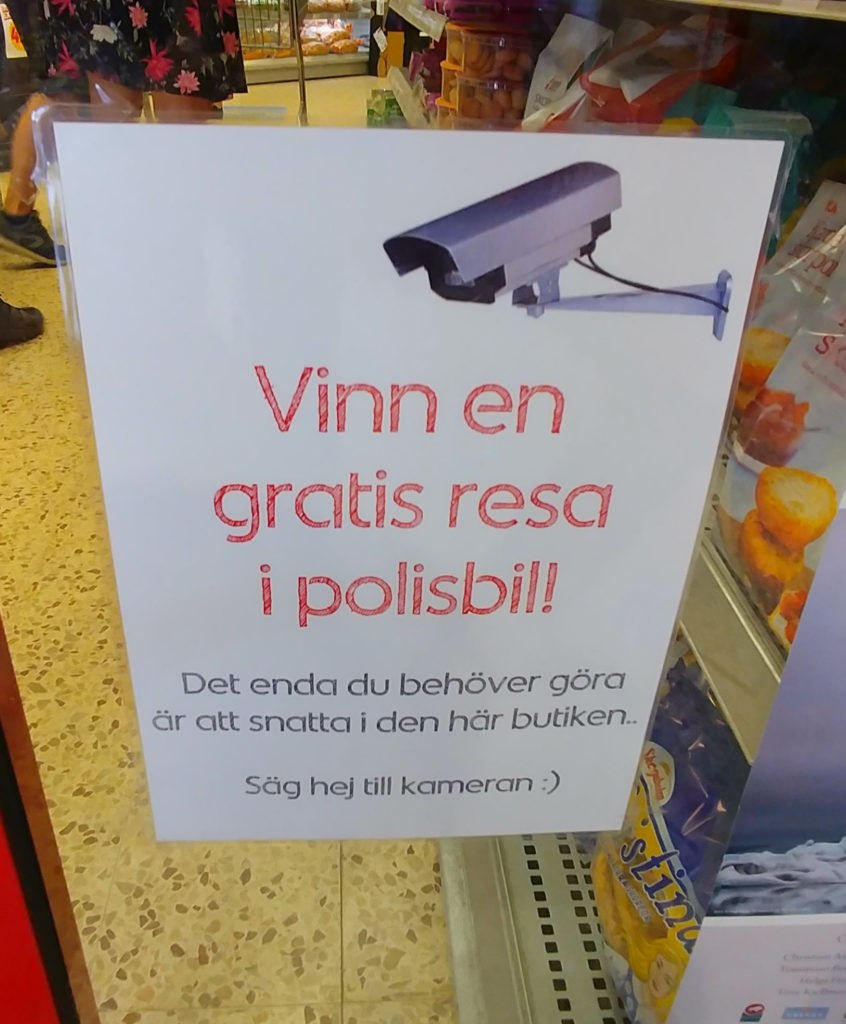 Found a funny sign in one of the stores we visited: “Win a free ride in a police car. The only thing you need to do is to shoplift in this store. Say hello to the camera :)” 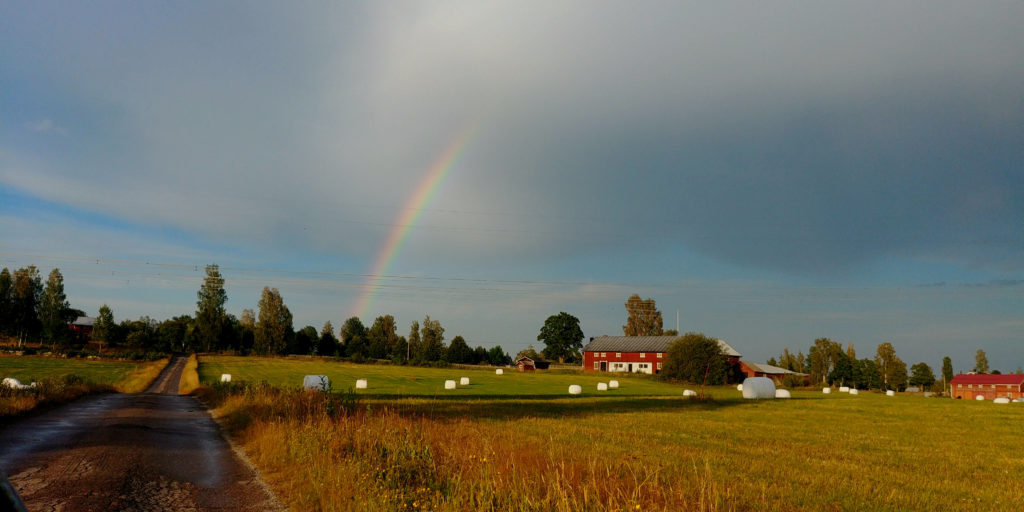 The temperature just rose and rose, and soon it was no longer pleasant to be in Sweden in the end of a pregnancy. 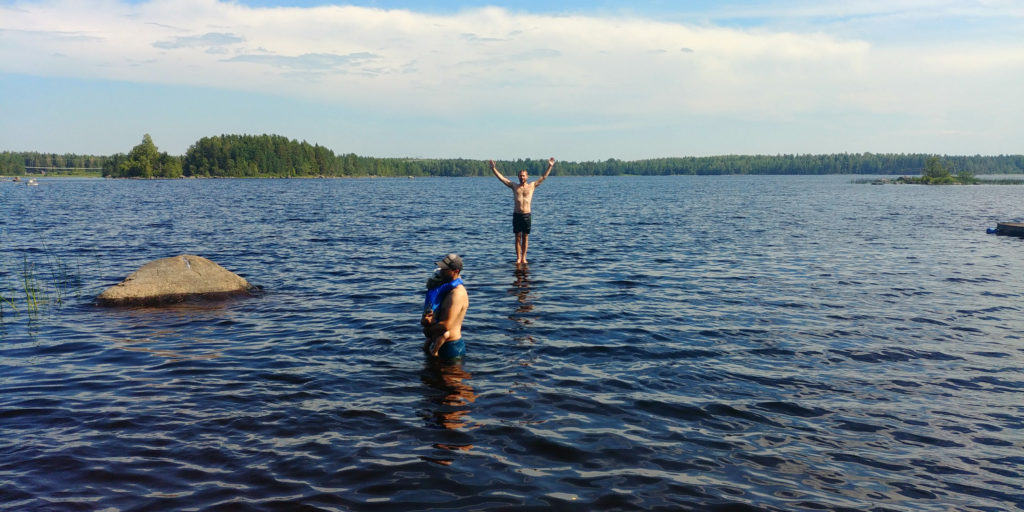 The only thing we could do was to cool ourselves in the lakes, here in Långviken. 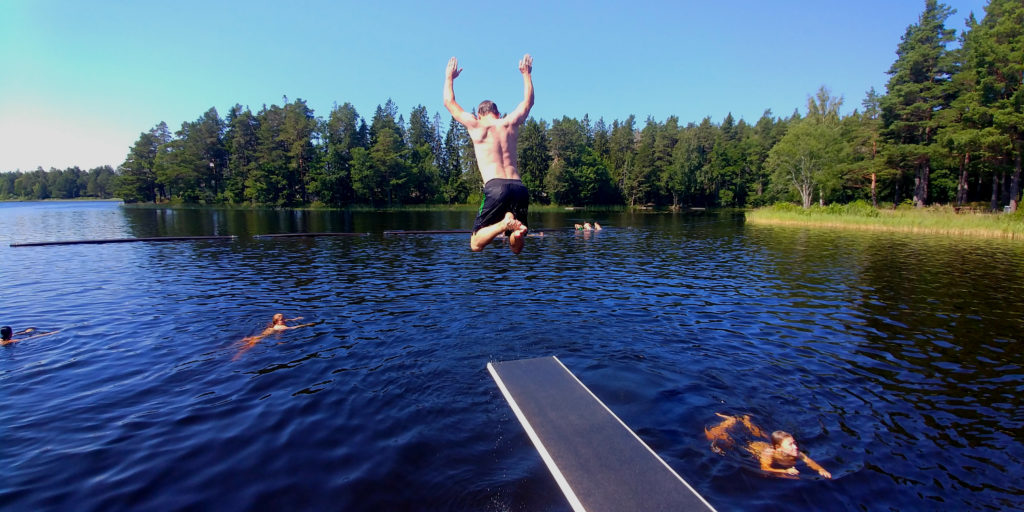 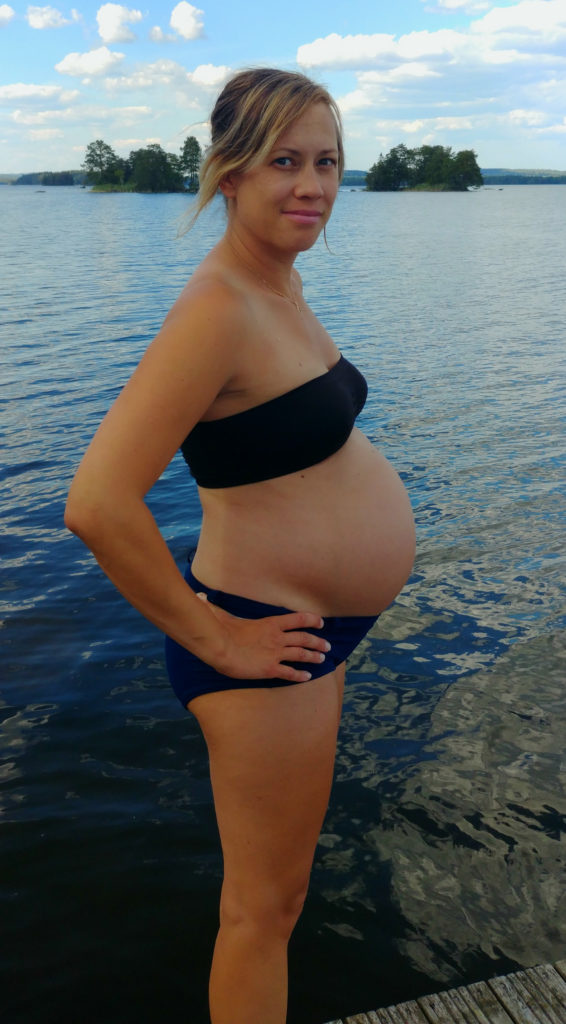 Ulrika during week 35 before cooling off in lake Grycken after an incredible hot day (compared to other Swedish summers). 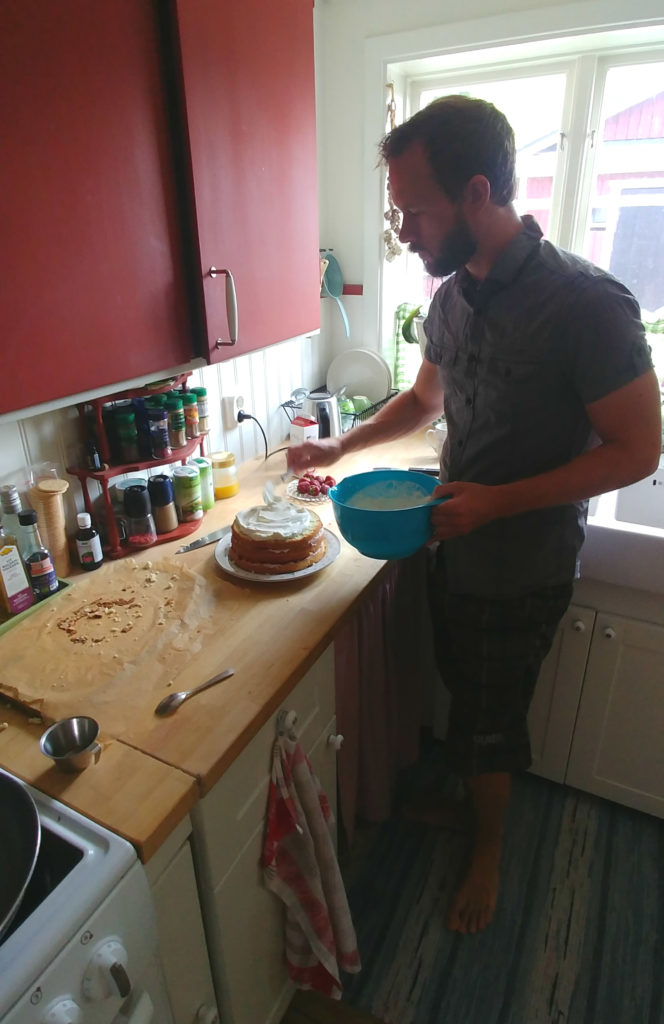 Ulrika also turned 35 during those hot summer days and Pontus baked a cake for her using his mother’s recipe. 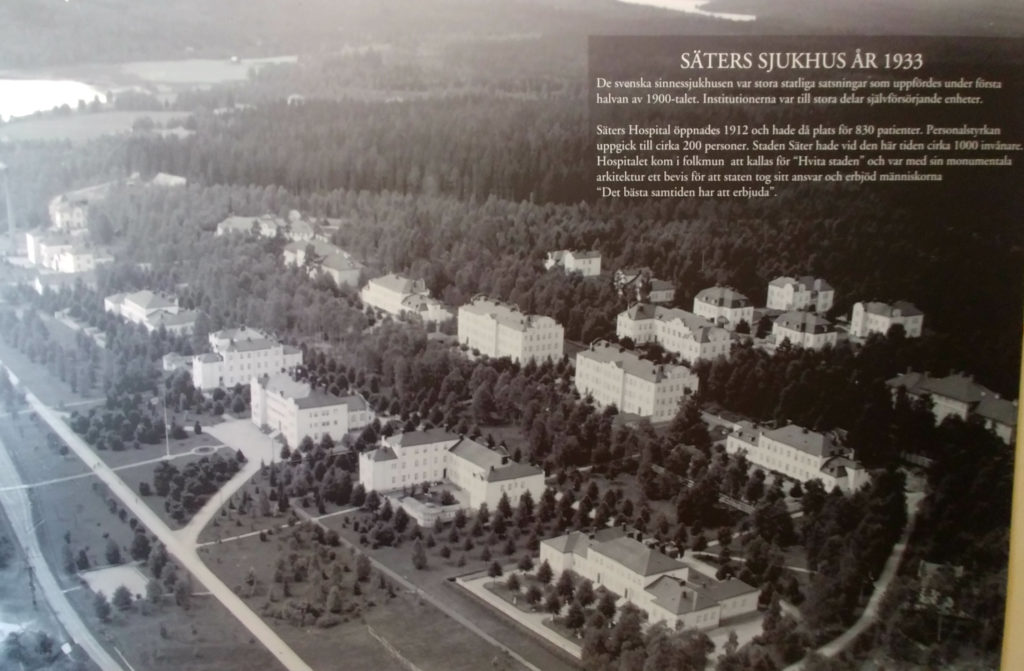 Ulrika finally got to visit Säters mentalvårdsmuseum (Säter’s mental healthcare museum). The state institution for mentally ill persons and others opened 1912 and parts of the area is still operational – the forensic psychiatry clinic. 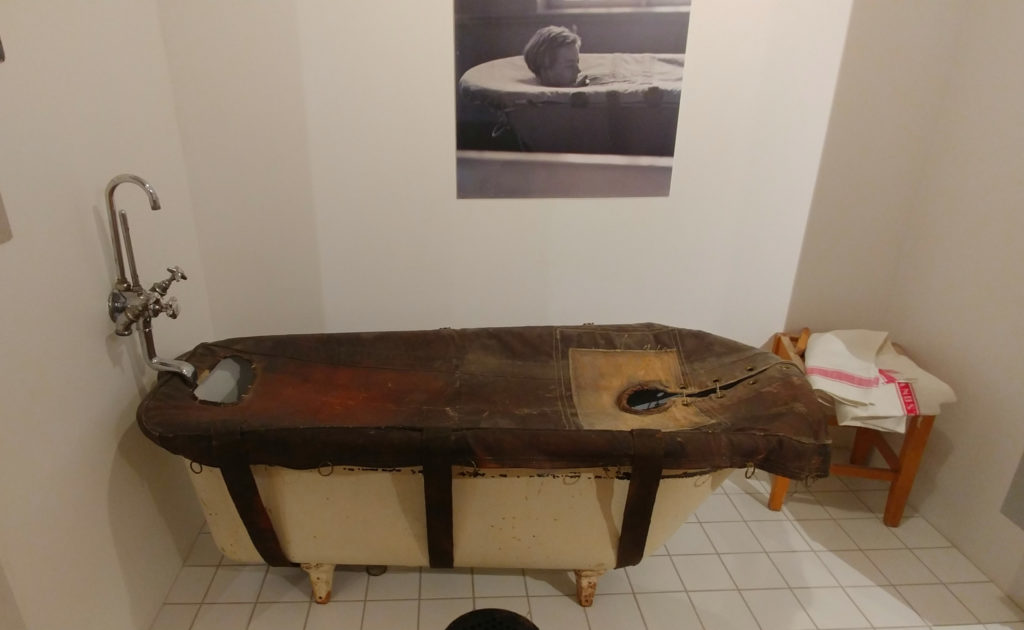 It is a small museum and you have to book the guided tour in advance, but it is so worth it to take the guided tour. You get to learn about the psychiatric care in the beginning of last century and what standard practices to help and “help” mentally ill persons have looked like during the last century. 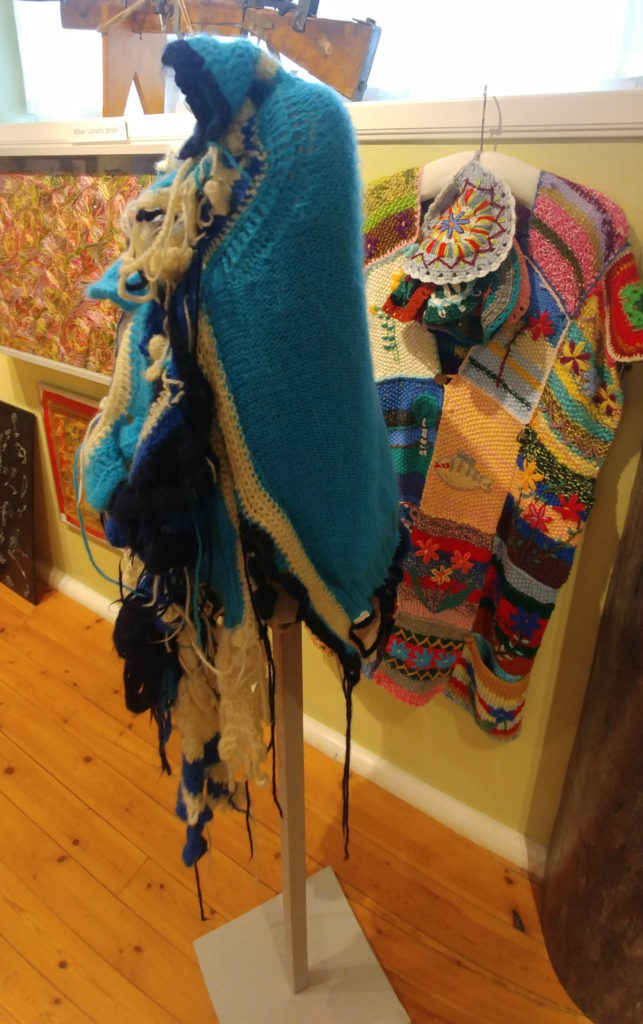 A wedding dress by a female patient who thought that she and the head doctor were to get married. 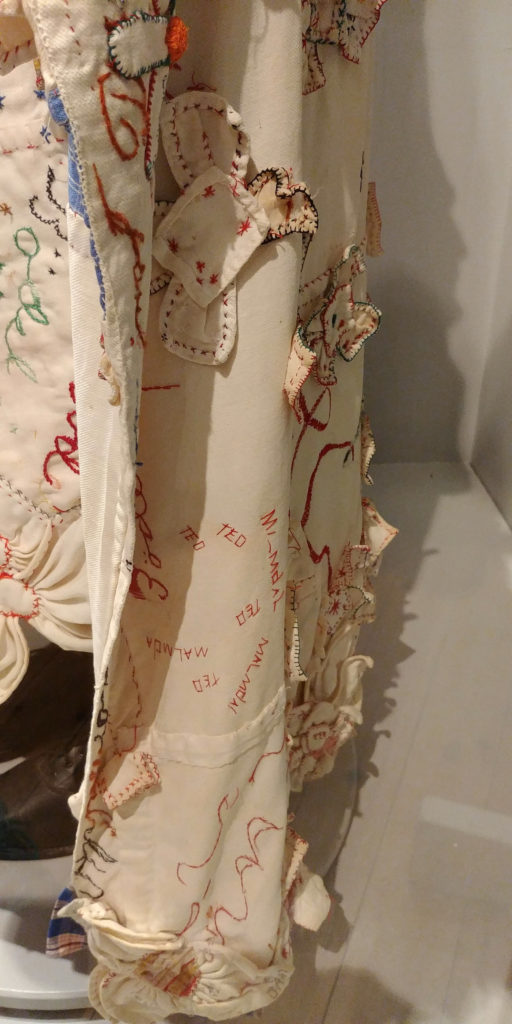 The doctor’s name was Theodore (Ted).

There were no lack of innovators in this place. This gun was designed to be able to shoot around corners. 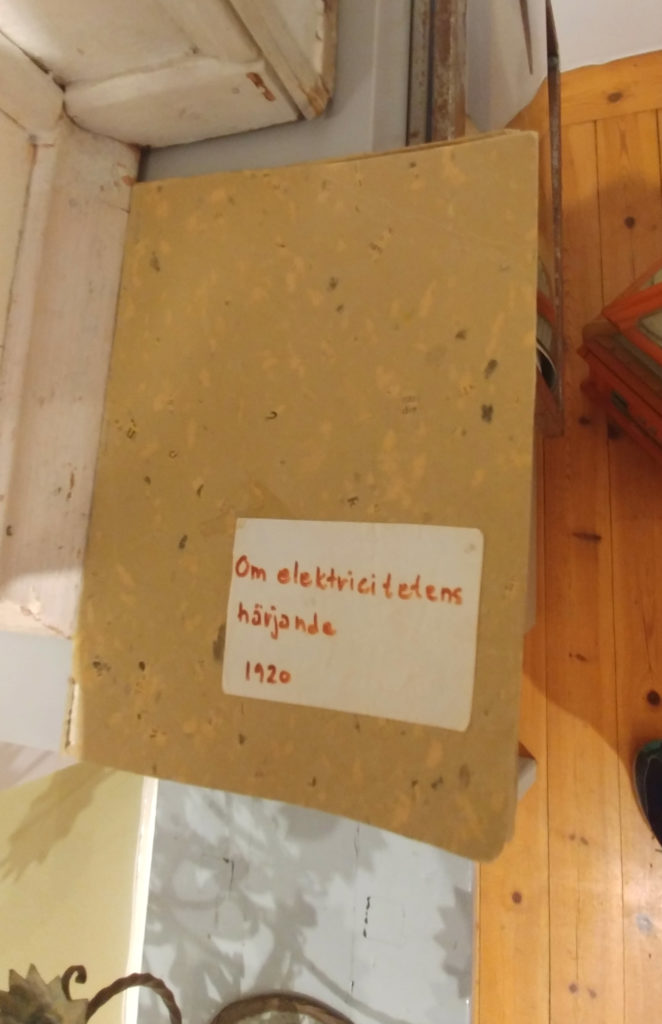 Other made more or less correct predictions of the future. One patient were concerned about the future of electricity and he wrote a book about it “About the ravages of electricity” in 1920. 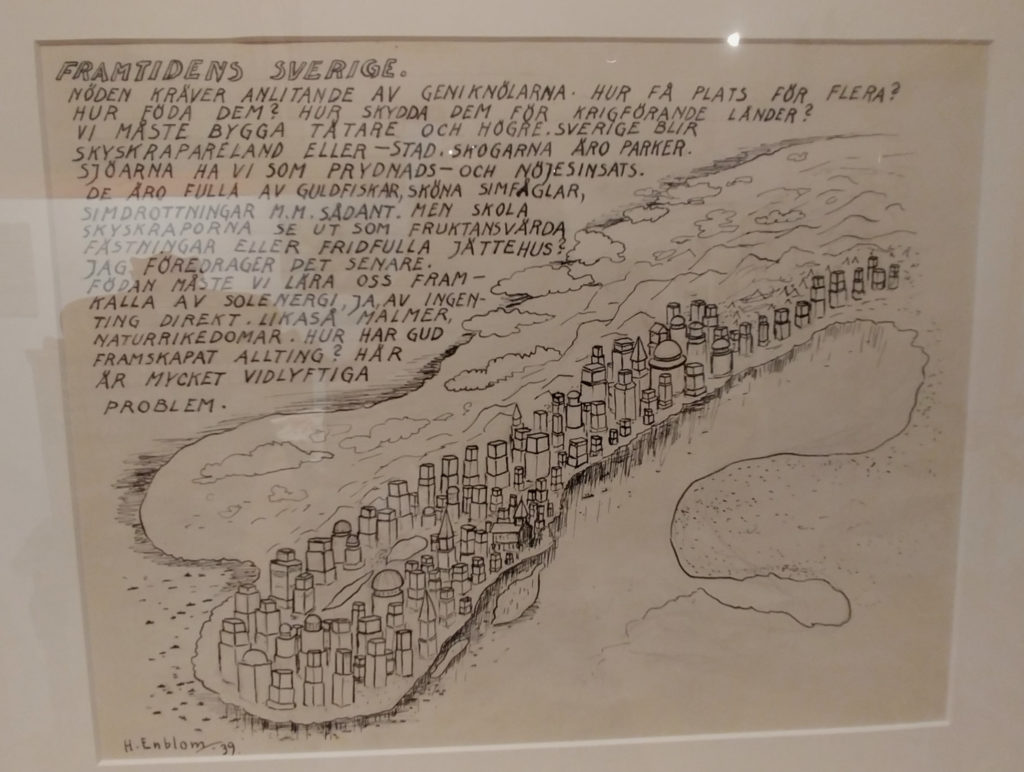 Others feared about overpopulation of Sweden already in 1939. 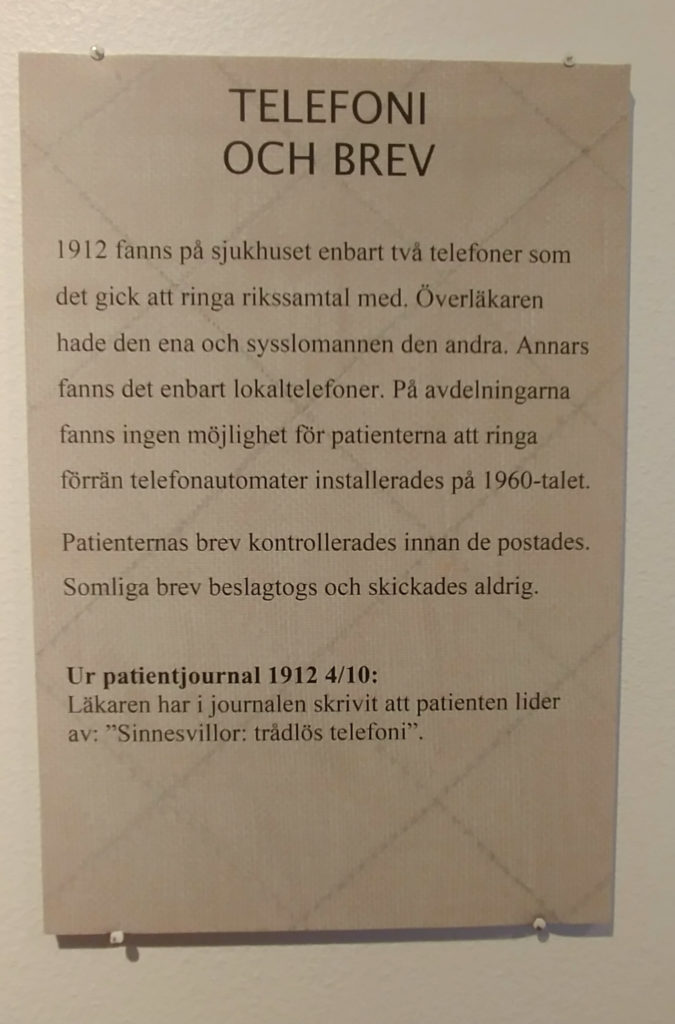 And a few patients really could envision what the world would look like in the future describing wireless telephones already in 1912, but the doctors at that time called it hallucinations. 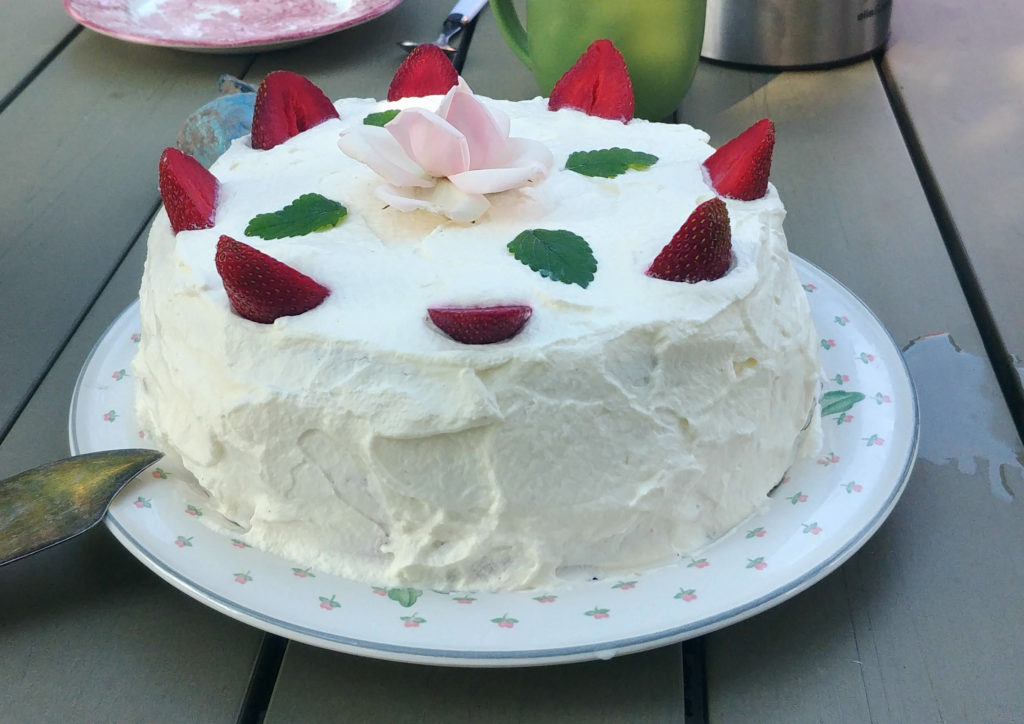 Back in Stjärnsund we ate Ulrika’s birthday cake and had a quiet celebration. Ulrika thinks that Pontus did a very good job with creating this birthday cake! 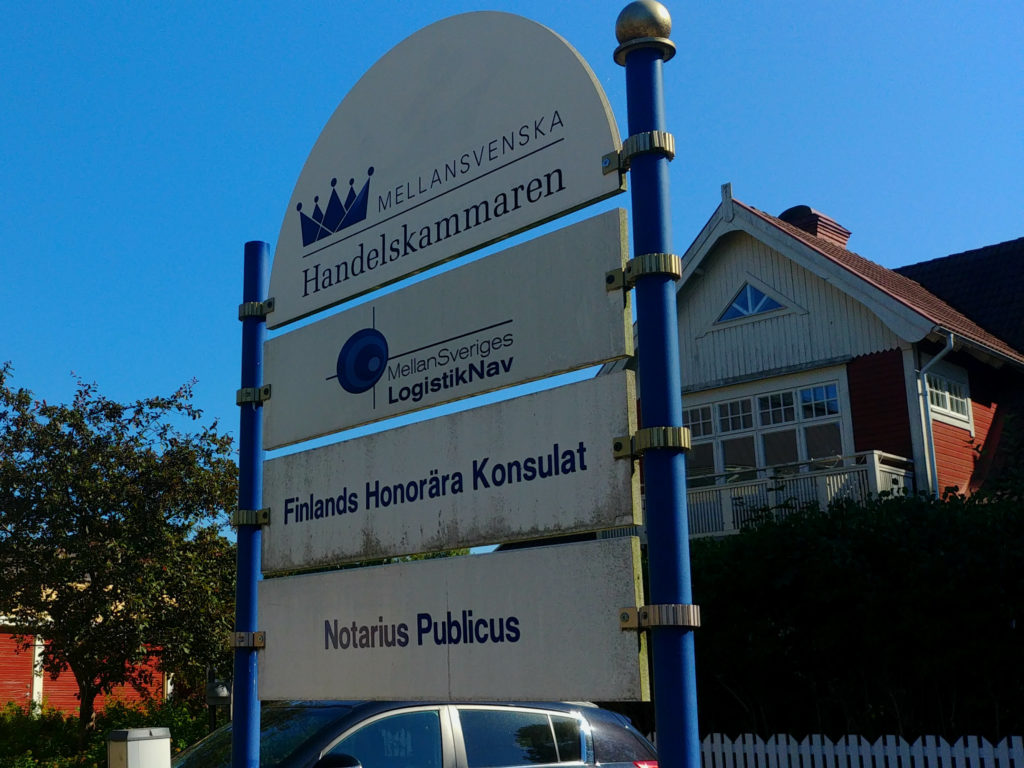 We enjoyed our time with family in July, but we we’re also preparing for giving birth to our child – one of the tasks were to visit a Notarius Publicus to get an Apostille stamp on important documents. It was interesting to see that Gävle had a Finnish honorary consulate. 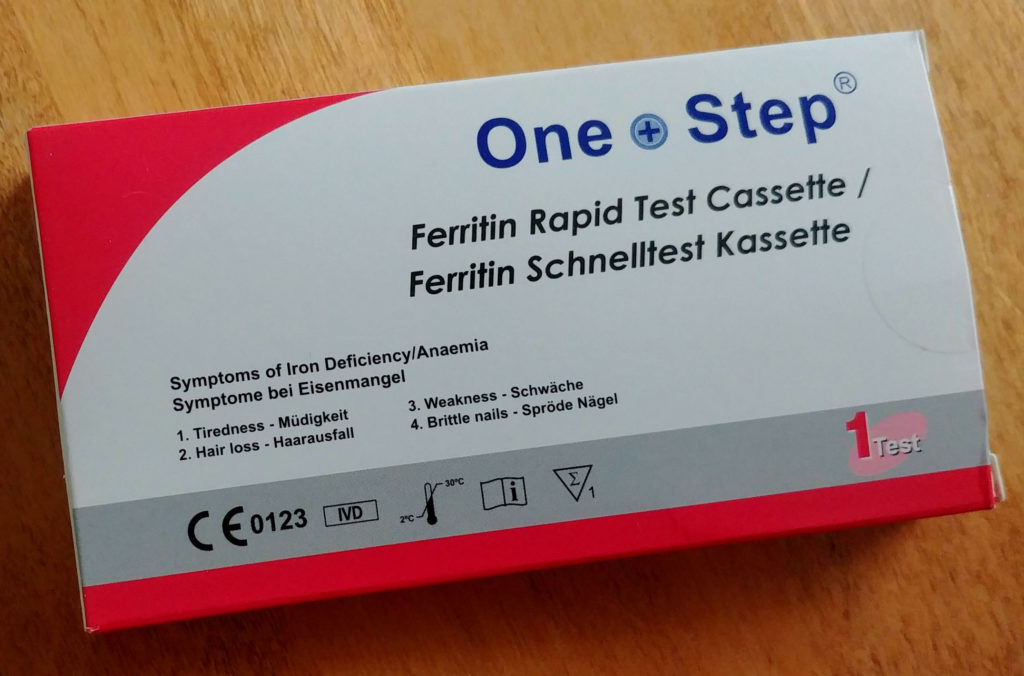 Ulrika has used home tests to monitor her iron levels and after taking iron supplements for a months she were finally back to normal levels. This is another thing to be aware of, taking control over your body, when you don’t have a specific doctor or midwife to go to. Fortunately, there are so much things that you can do nowadays to monitor yourself. We ordered several home tests from HH UK like protein in Urea, Vitamin D levels etc (link below). 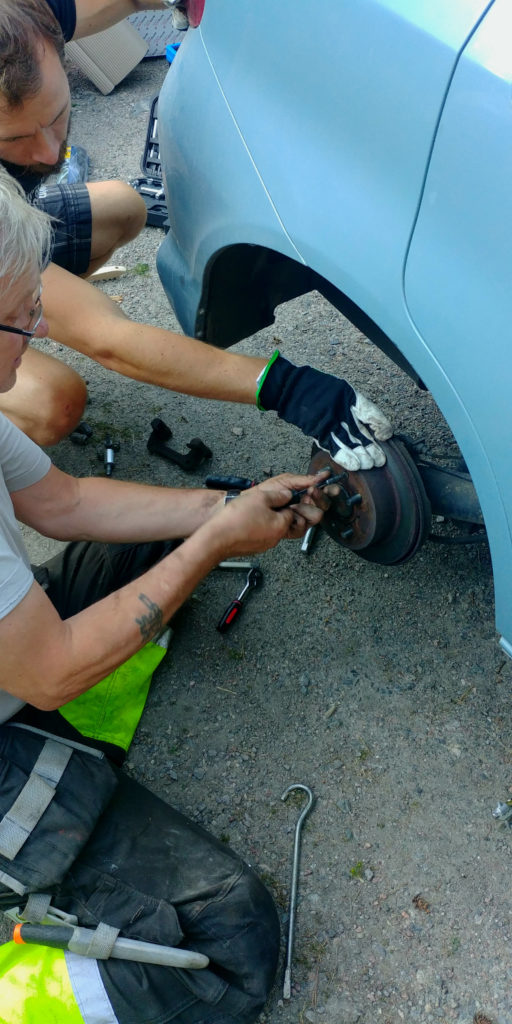 We got delayed, because of car trouble, so we couldn’t leave Sweden at our planned date. We got more time with family, but we wanted to leave Sweden before Ulrika entered week 36. 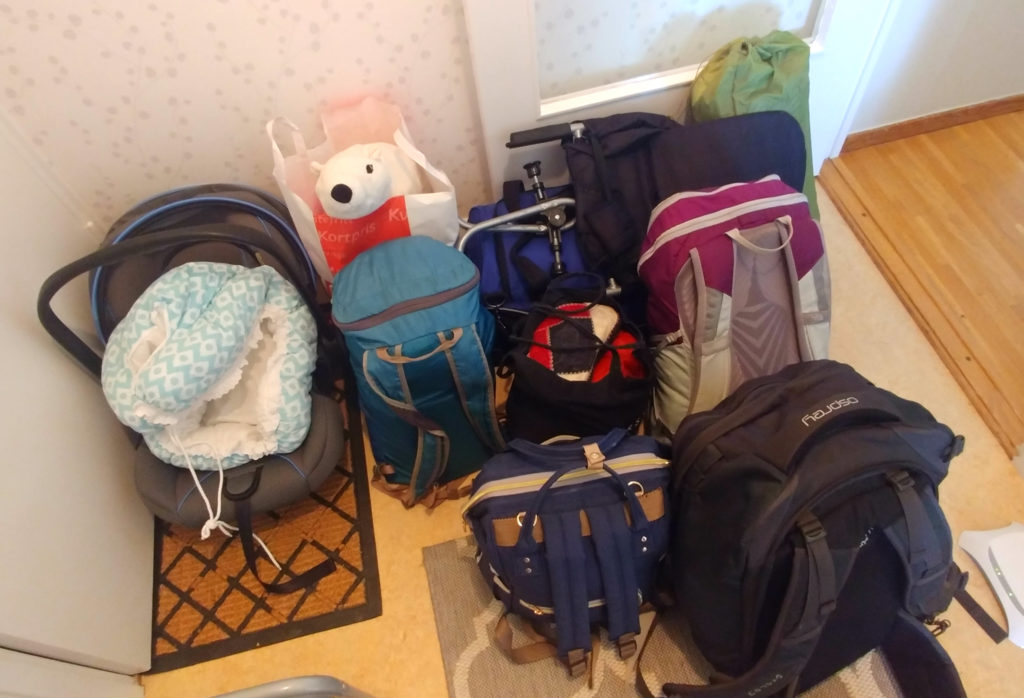 Just before Ulrika entered week 36 everything was fixed and we had packed our bags for the coming months. 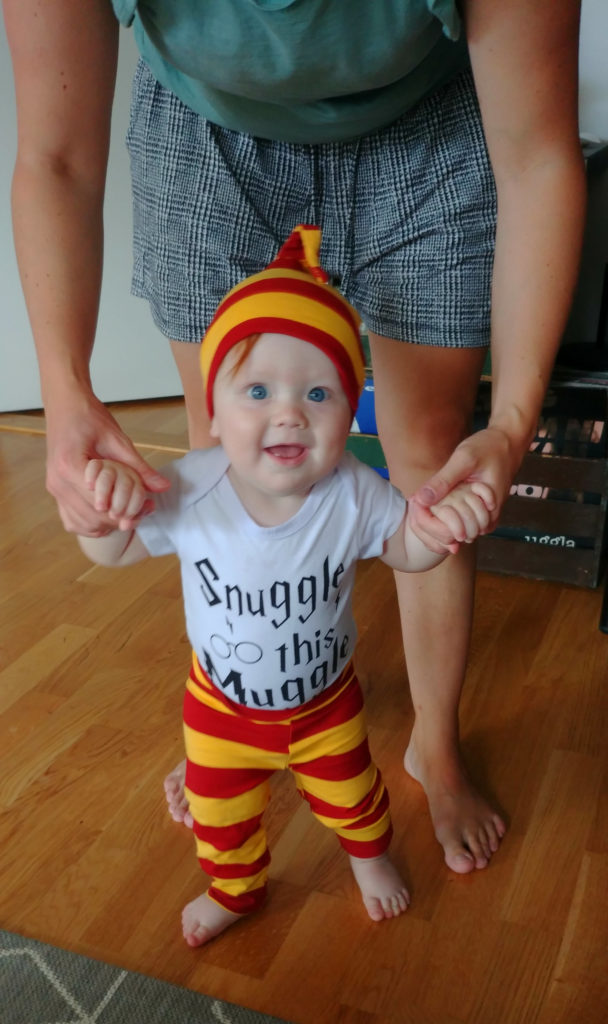 We passed Göteborg to say good bye to this little muggler. 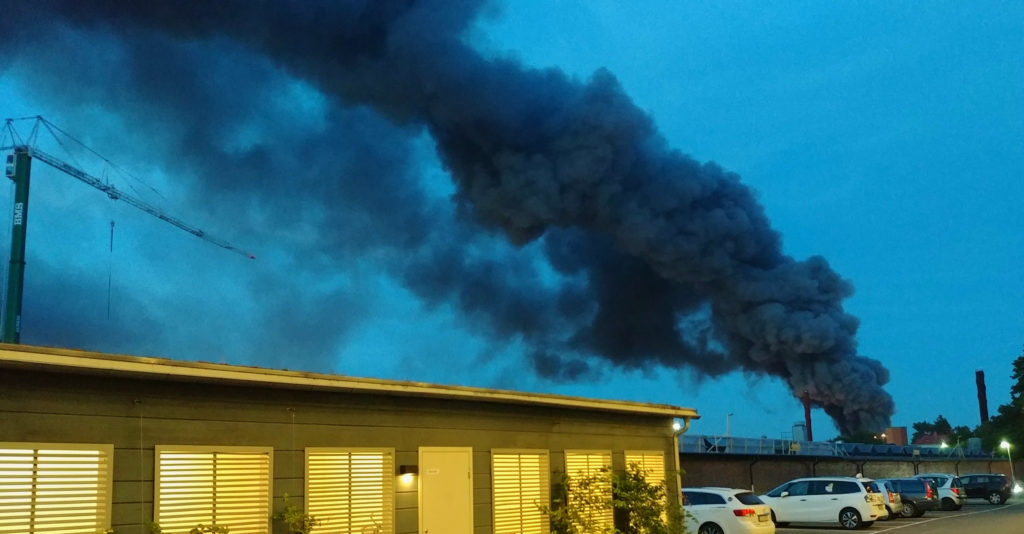 And Sweden said good bye to us with one final fire – now at an industrial site. The heat and dryness have really been extreme this summer in Sweden and a lot of forests have gone up in flames. 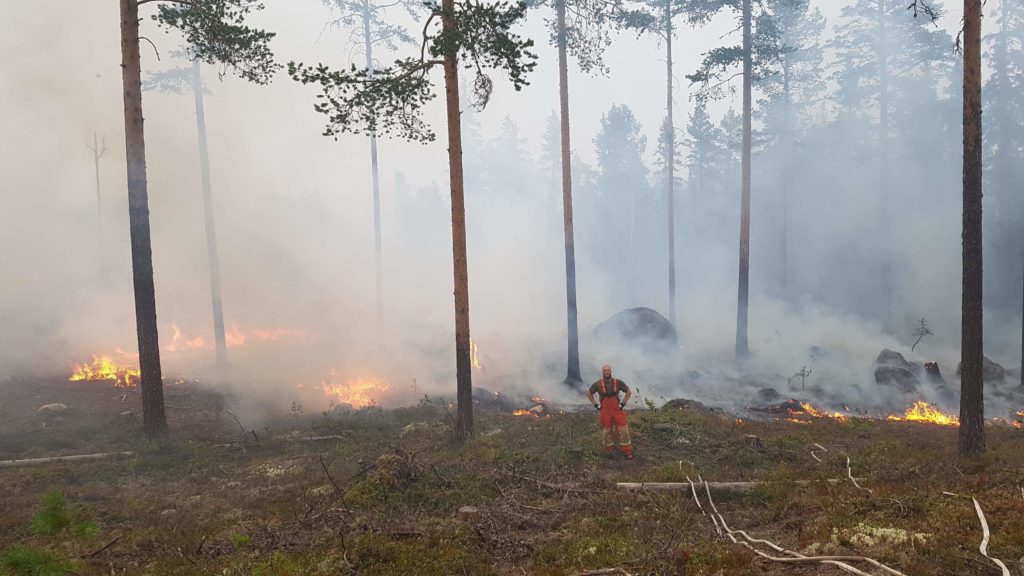 Ulrika’s brother has been one of the heroes fighting the fires in the extreme heat. They managed to get the fire outside Kårböle in control! (Picture taken by one of Niklas colleagues at R3 Uppsala)

Now it is August and technically “det lilla livet” can come any time from the middle of August to middle of September. It is going to be exciting couple of weeks we are facing!