From Zagreb to Ljubljana

Ljubljana, the origin of the city’s name is unclear and debated.  In the middle ages, the German name of the area was Laibach and in the Italian langugage the town is called Lubiana. Also, the original name of the river that runs through Ljubljana is Ljubija, where the old slavic word Ljub  means “to love” or “like”, and the old Slavic male name Ljubovid means “the one of a lovely appearance”. Somewhere in there the name of the town became Ljubljana and is now the capital of Slovenia.
We spent a few days in this beautiful city, but we also had time for a short stop in Zagreb, the capital Croatia, before we crossed the border to Slovenia. Interestingly, the border control was really strict even though we went from one EU state to another – so much for the freedom of travel within the demokratur  (Swedish for democracy + dictatorship) of the European Union. 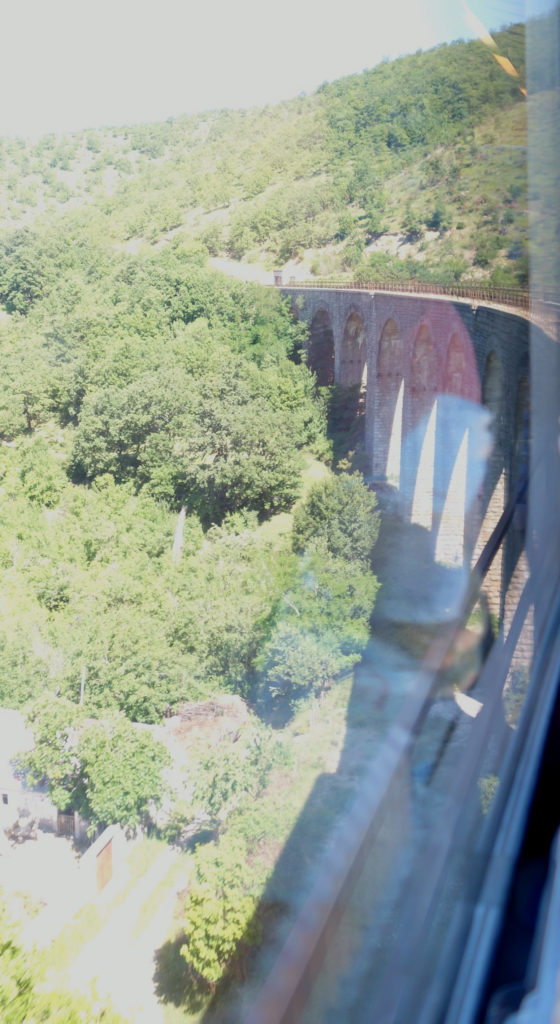 It’s so nice to travel by train again. This time we went over the Dinaric Alps , a mountain chain that spans from Italy to Albania, which separates the Croatian coast and inland. 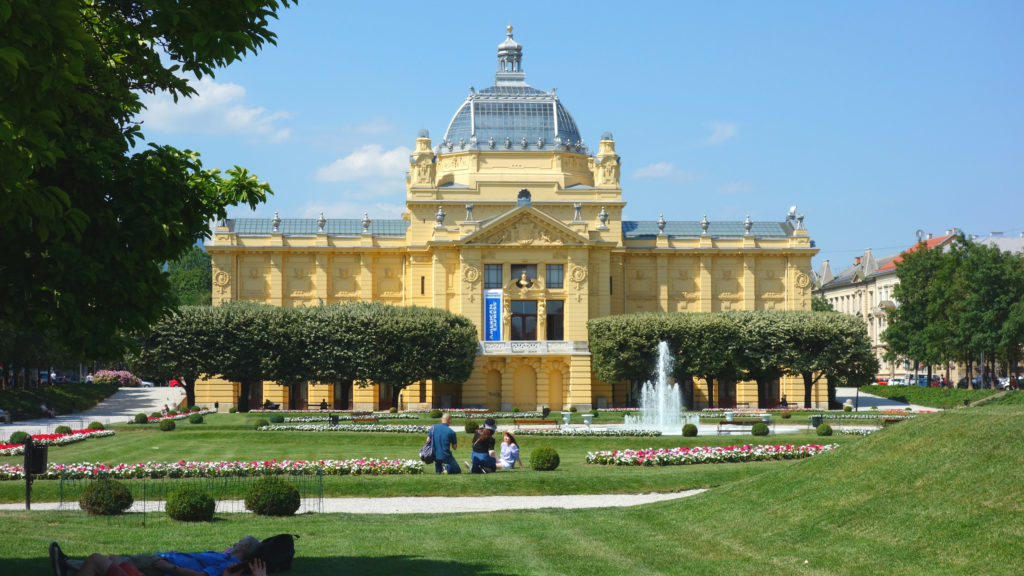 Our goal was Ljubljana in Slovenia, but we had a couple of hours in Zagreb and we used that time to explore this city. The Art Pavilion in Zagreb is there to greet you when you step of the train. 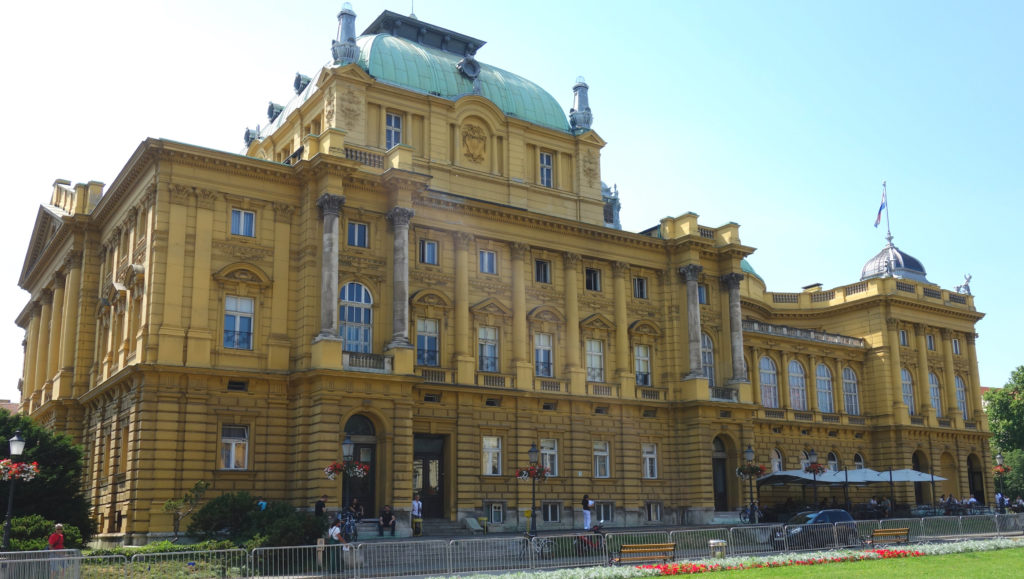 We just walked around randomly in the city and we found the Croatian National theater, which was built in 1895. Zagreb feels like a combination of Gävle and Copenhagen for those of you who know which cities we’re talking about. 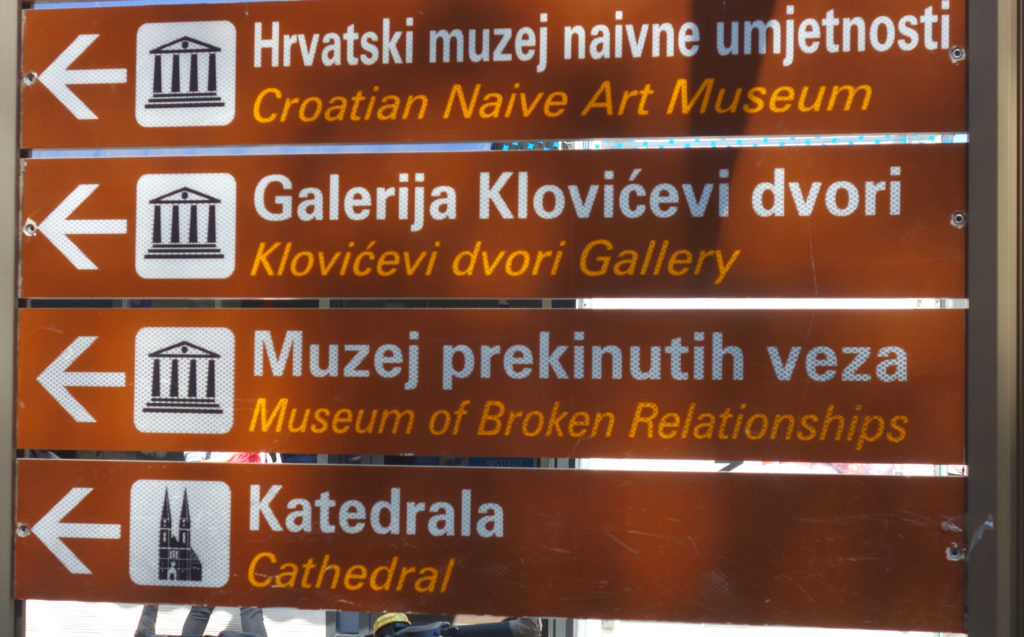 The brown tourist signs are everywhere, so it easy to find touristy things to do. For instance, you can visit the museum of broken relationships here in Zagreb and they also have a mushroom museum, if you’re interested in that. 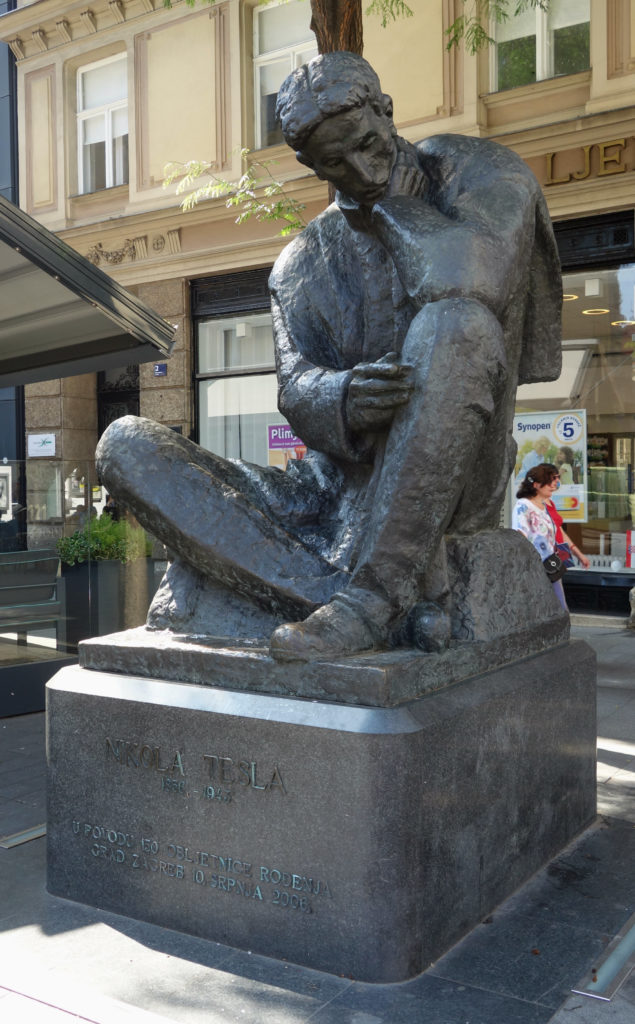 A statue of Nikola Tesla can be seen in Zagreb. Their is an argument between Croatia and Serbia of who get to “claim” Nikola Tesla as their national treasure. 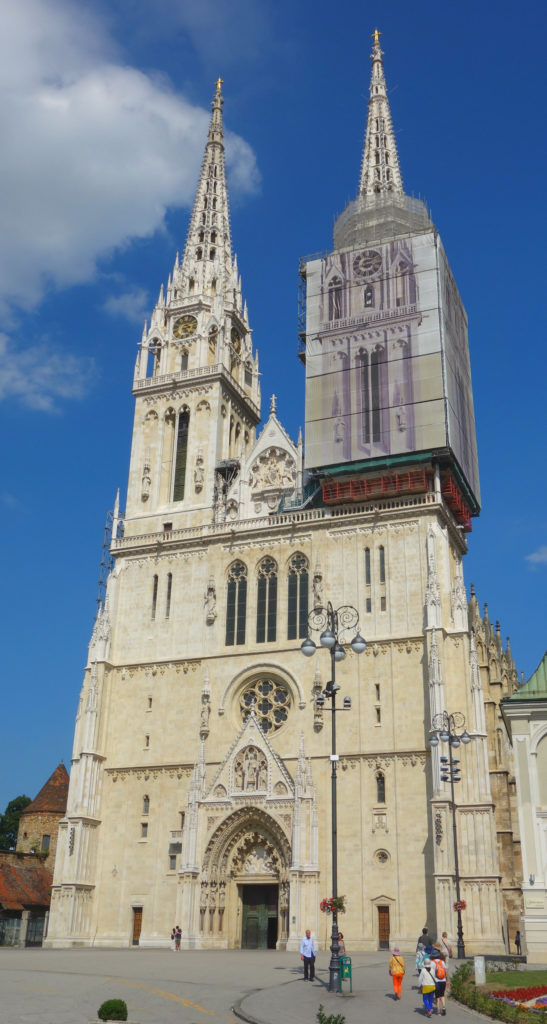 The Kaptol is the historic part of Zagreb, where the Roman Catholics settled and built this Cathedral in the beginning of the 13th century. However, not long after the consecration the Mongol invasion came and destroyed the Cathedral, so in 1263 the Cathedral was rebuilt and restored. 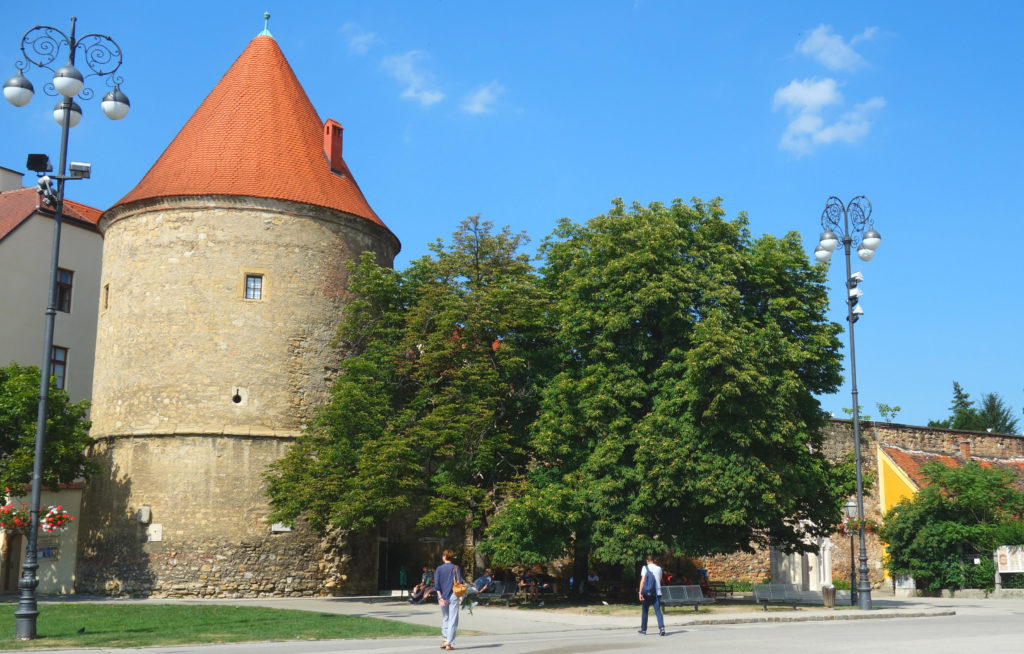 The defensive walls and towers around Kaptol were built between 1469 and 1473 and parts of the wall and towers still stands today. 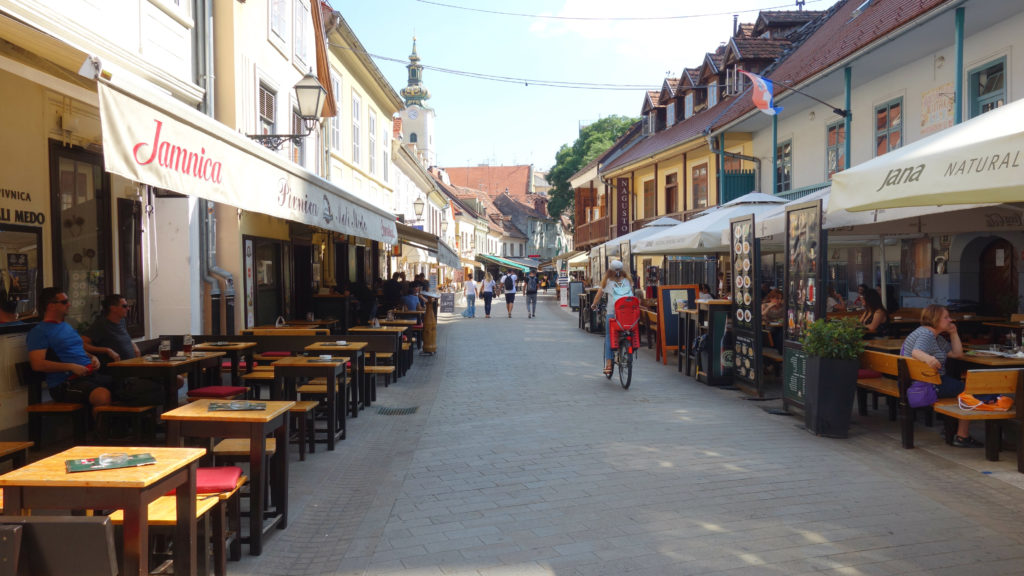 The pedestrian streets in the city center of Zagreb are filled with small restaurants and narrow alleys. The atmosphere is really lovely and the city is filled with historical pieces, so next time we’ll definitely make a longer stop here. 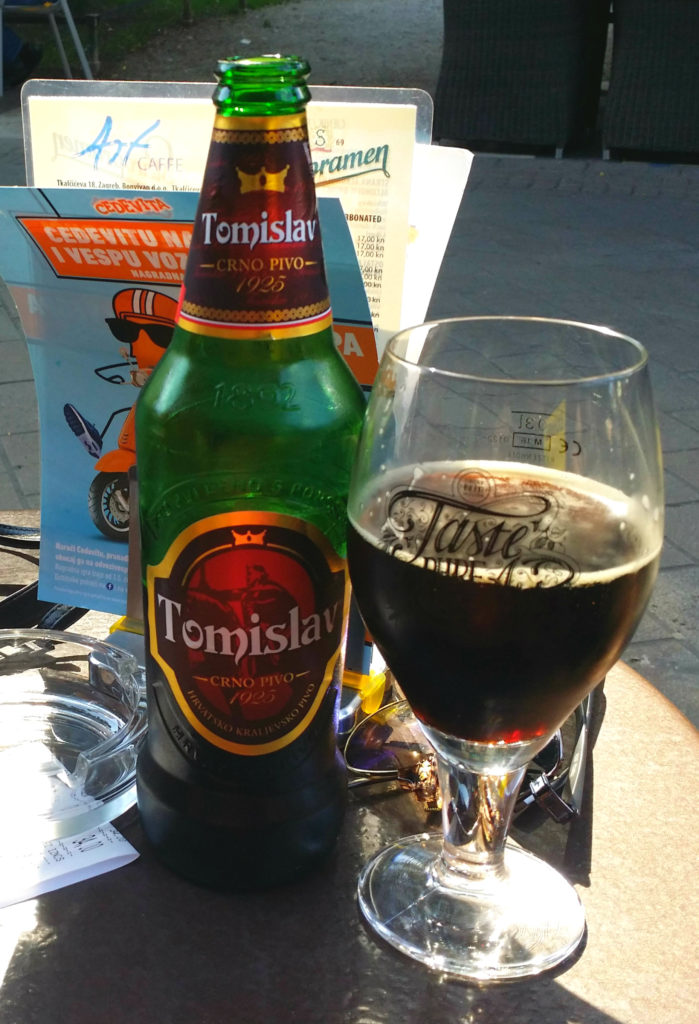 We enjoyed our last Croatian beer at one of the pubs in the pedestrian zone, before we caught our train to Slovenia. 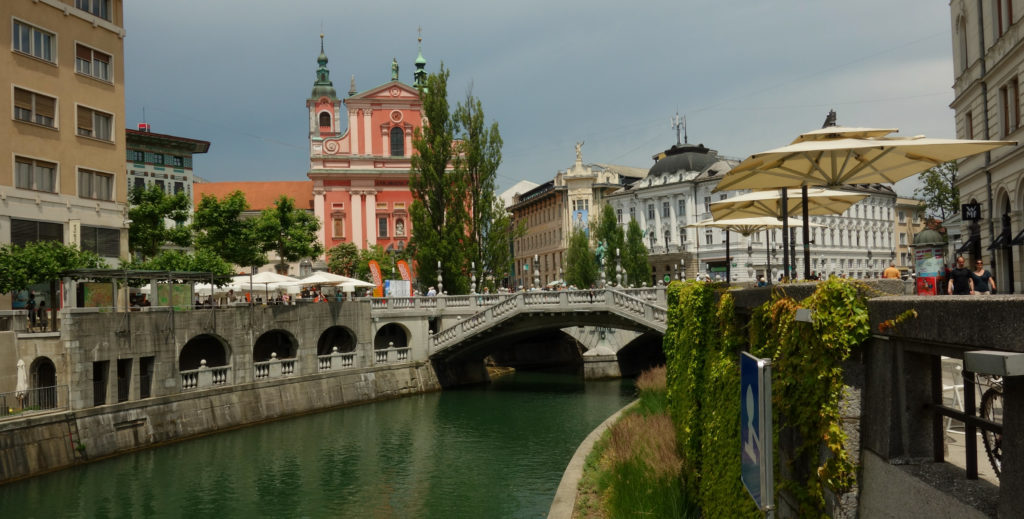 Ljubljana, the Capitol of Slovenia! We stayed a few days here and just relaxed in this beautiful city.  Ljubljana is one of Europe’s smallest capital cities with only 280 000 inhabitants, and it is the largest city in Slovenia. 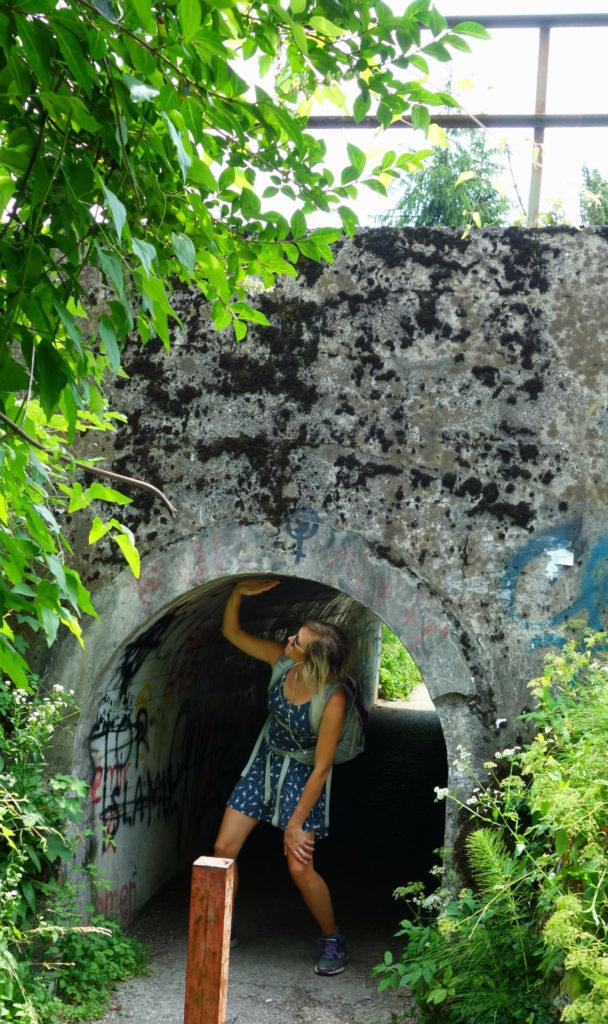 It is so easy to walk around and explore, but you have to watch your head if you take the tunnel under the rail way. 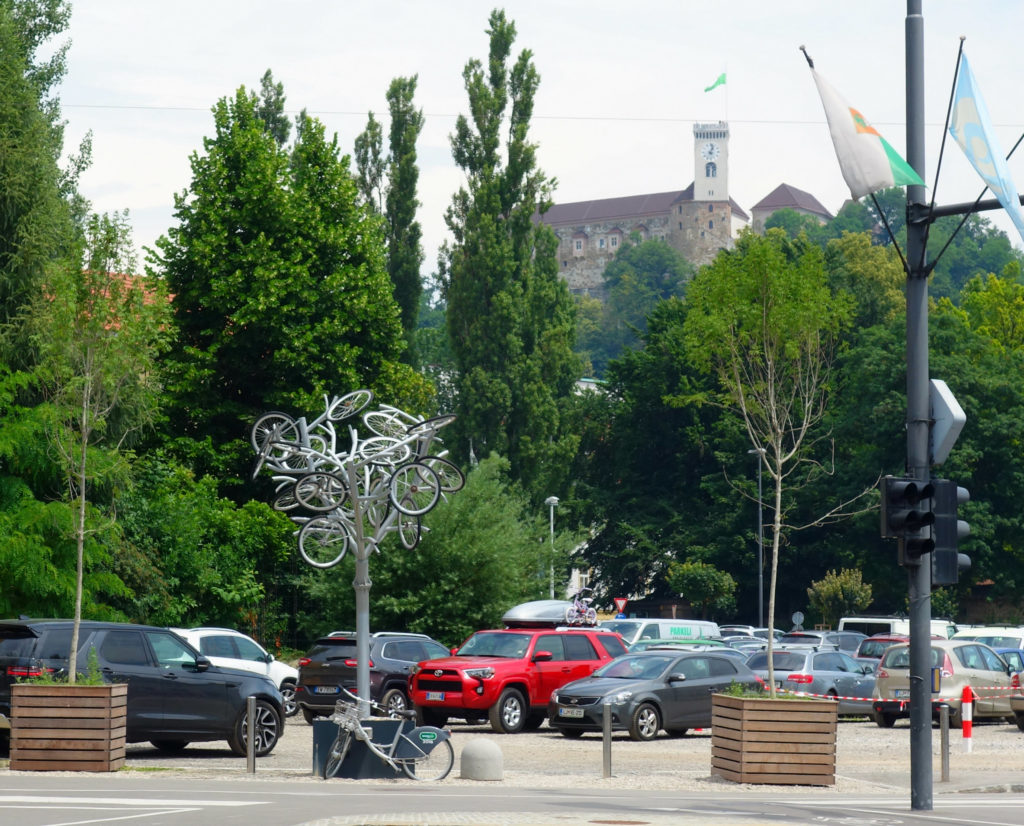 You’ll find a lot of people bicycling here, so this art work really represents the atmosphere in Ljubljana. 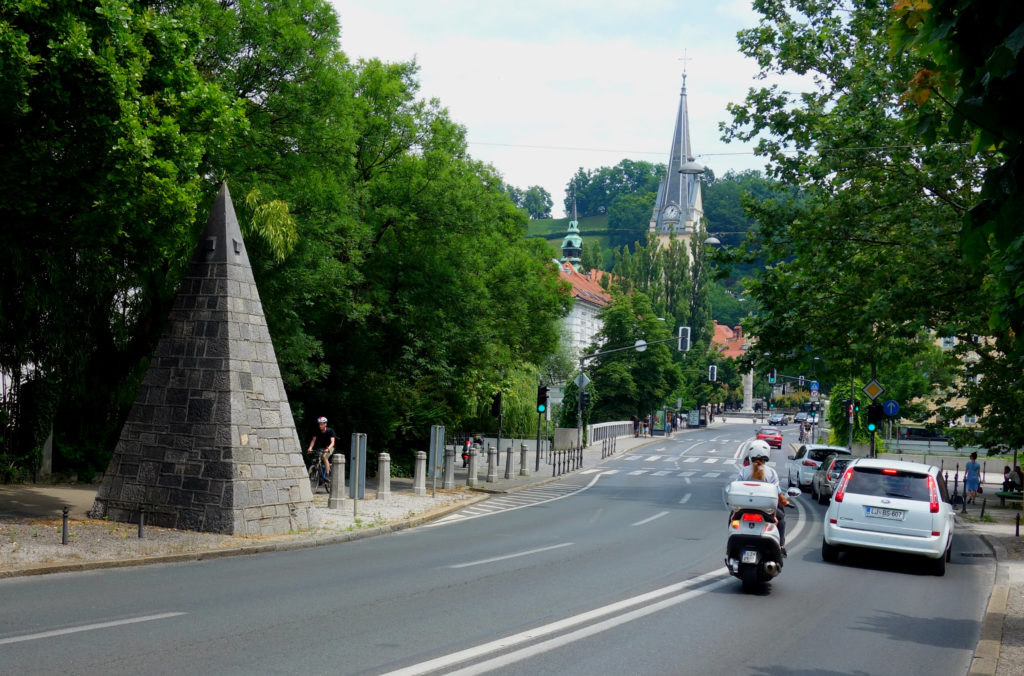 Ljubljana is also a green city, trees make up a large amount of the city center. 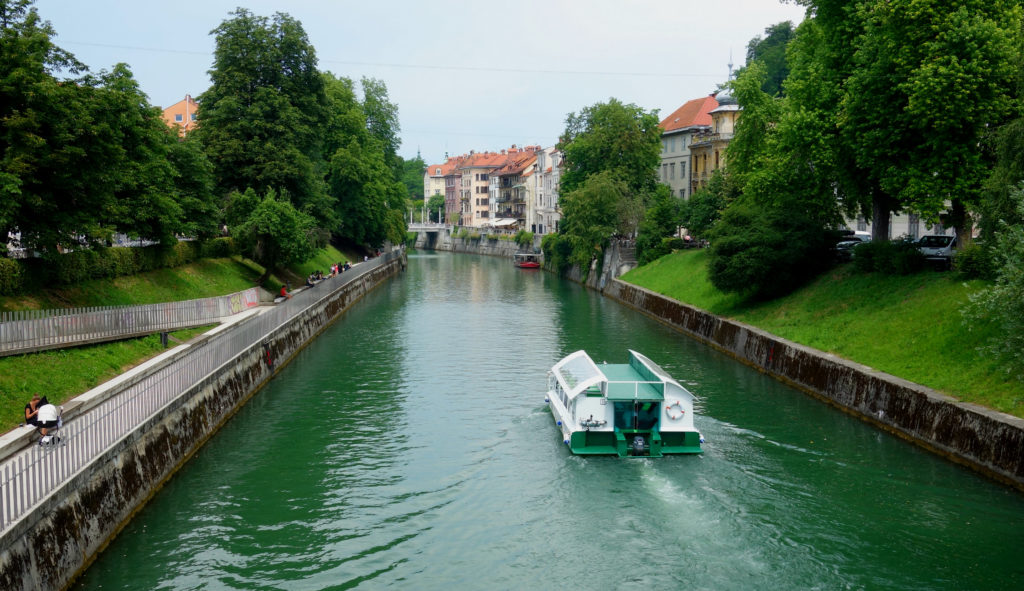 Even the Ljubljanica river, the river that runs through Ljubljana, is green. You can jump on a tour boat for €8 to see the city from the river and that was exactly what we did. 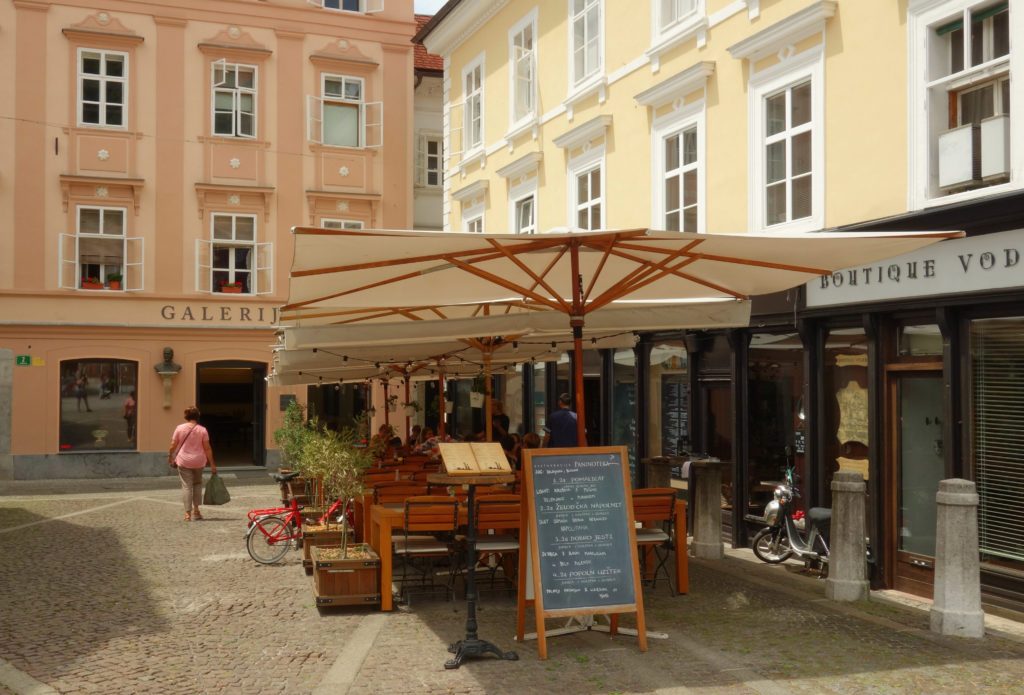 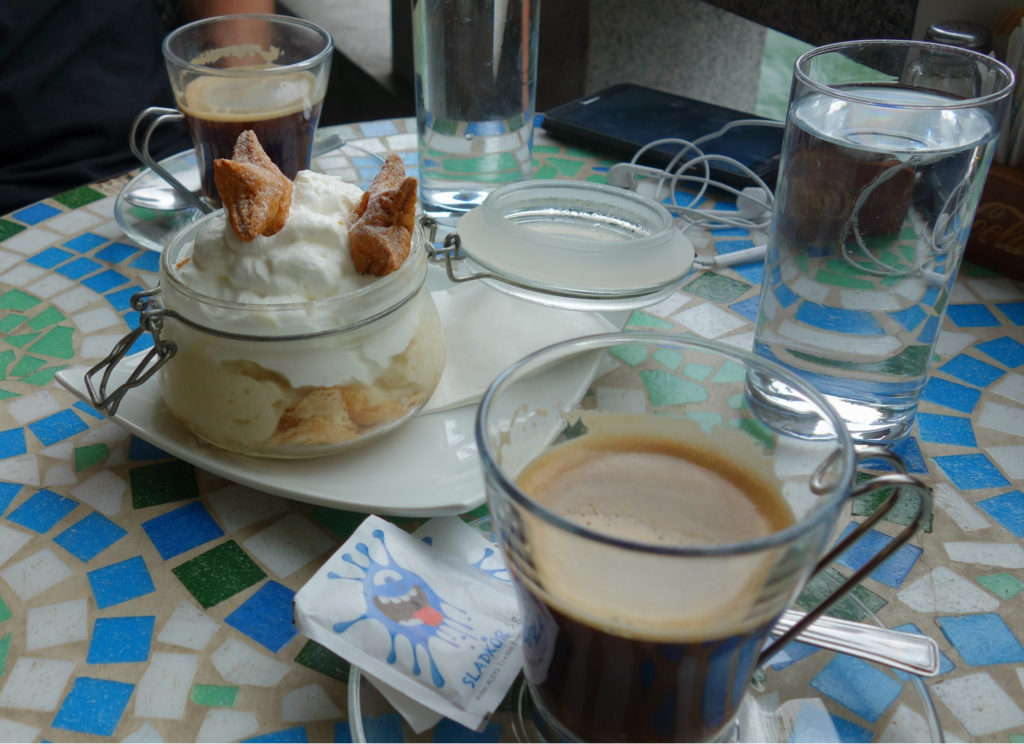 We tried a Slovenian dessert which was delicious, and not to sweet. We have unfortunately forgot the name of the dessert, but the meaning was something like “cake in a jar”. 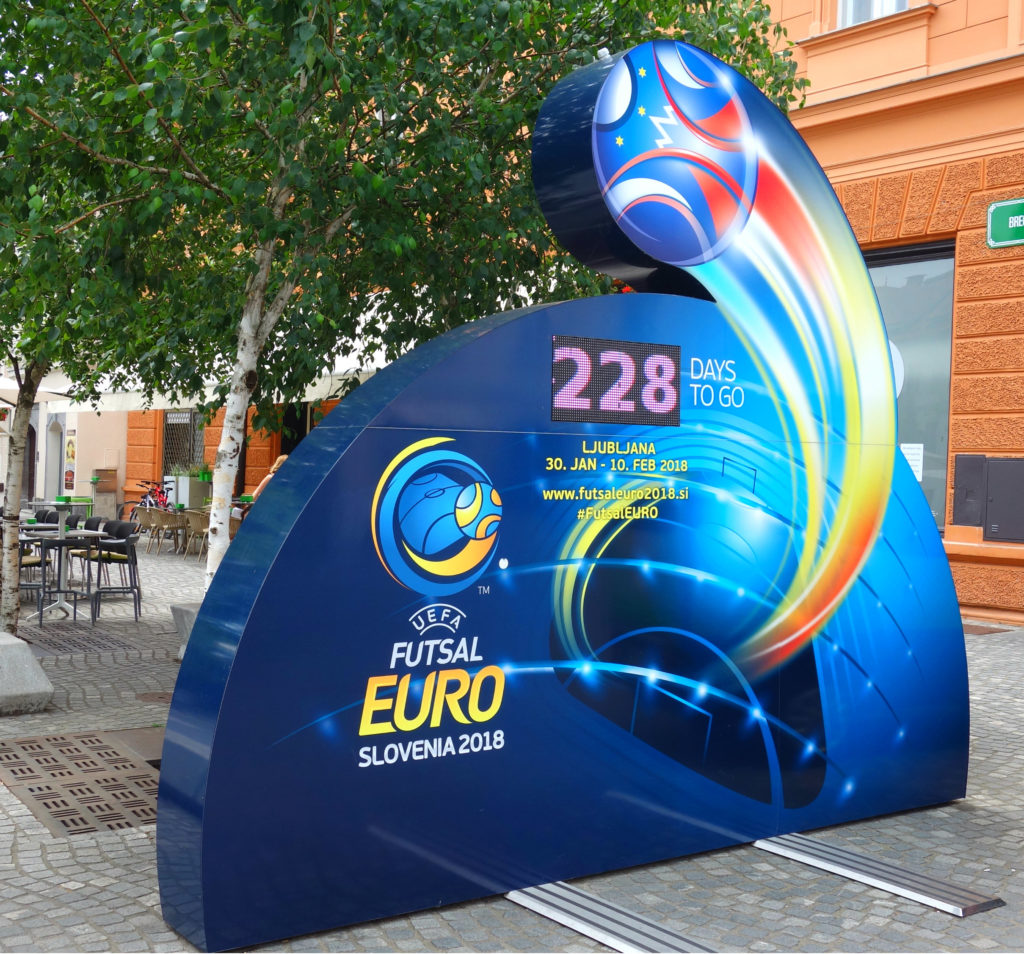 The city is also counting down to the next European championship in football, which Slovenia will host. 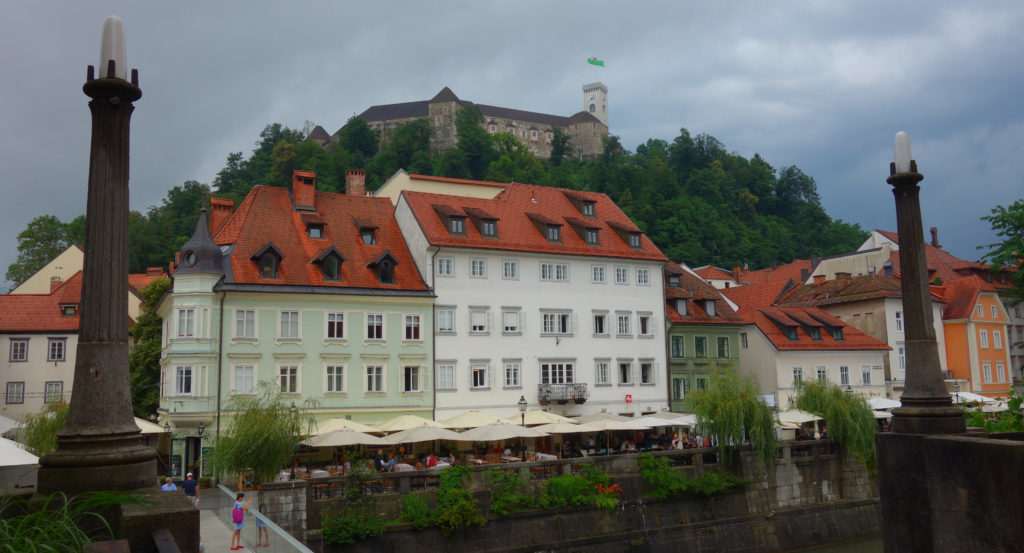 The Ljubljana castle is the landmark of the city and was built in the 11th century, but the area around the castle has probably been settled continuously since 1200 BC. 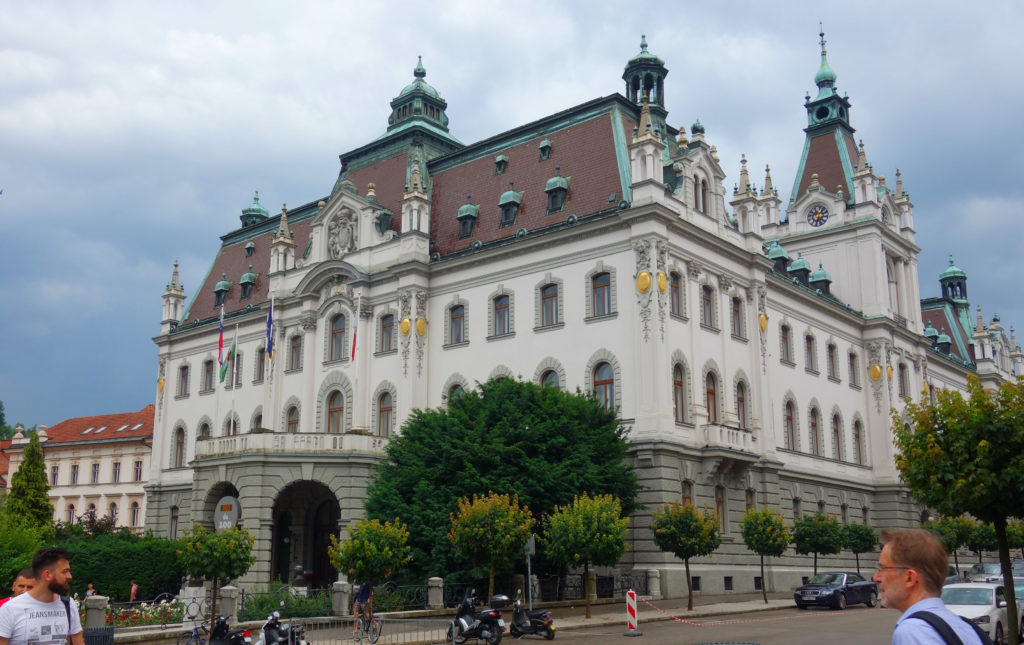 The University of Ljubljana is an impressive building. The whole town looks really old, but actually is quite new. A major earthquake destroyed much of the city center in 1895 and the city has then been restored and renovated. 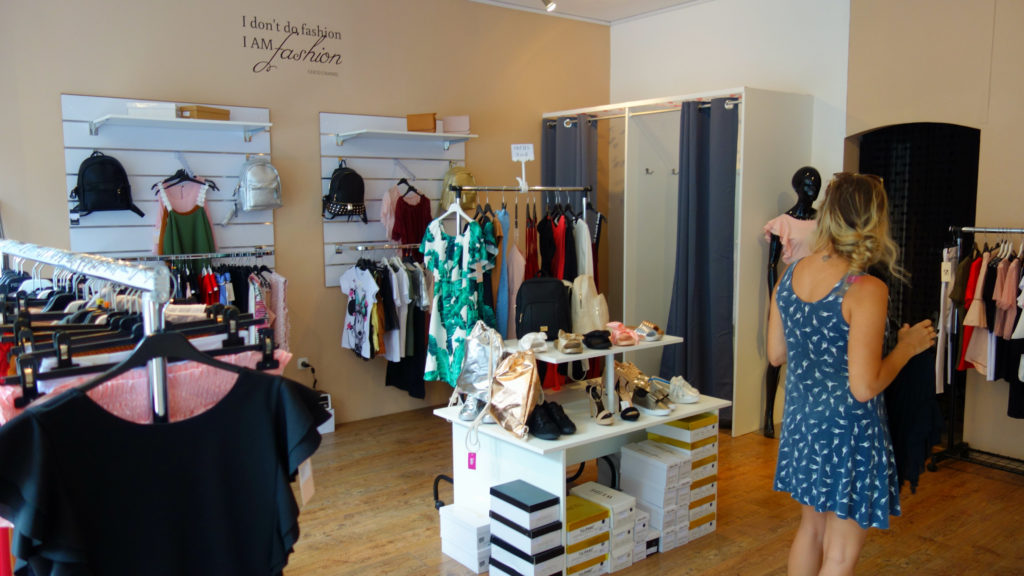 We found a small shop with female clothes where Ulrika could shop a few items for the Malta conference in a month. 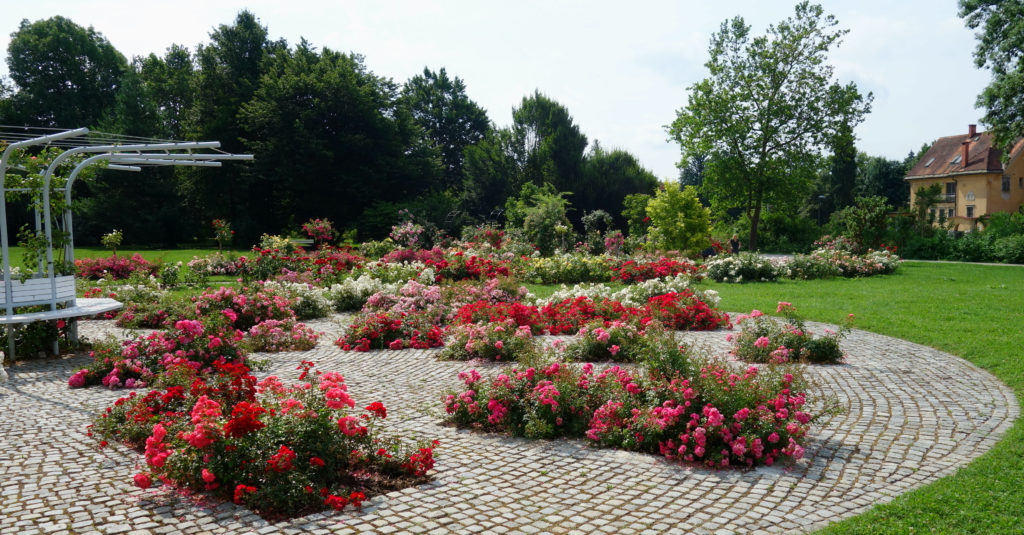 We also explored one of Ljubljana’s parks, the Tivoli City Park. 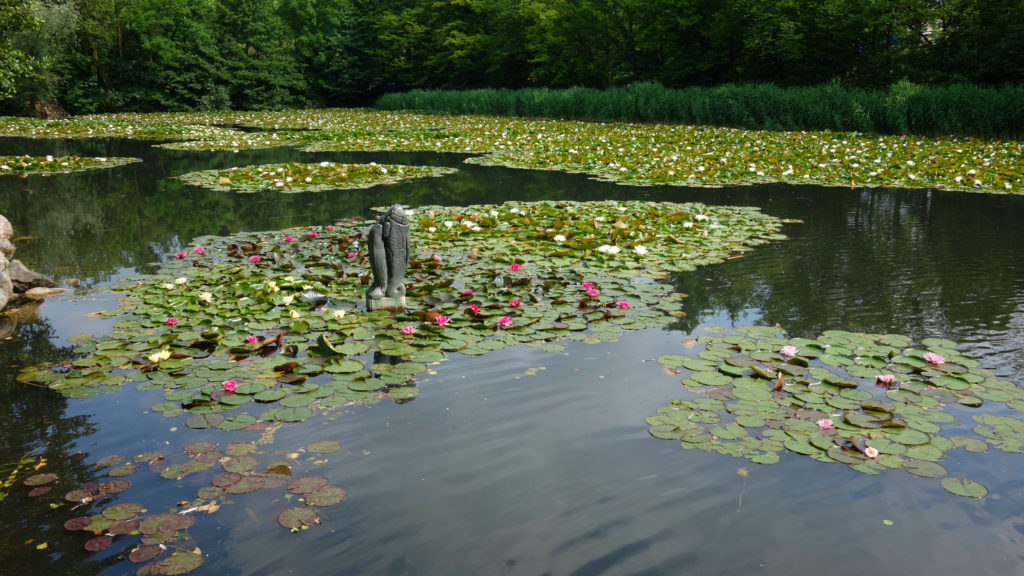 The Tivoli Pond, which is one of Ljubljana’s two major ponds. 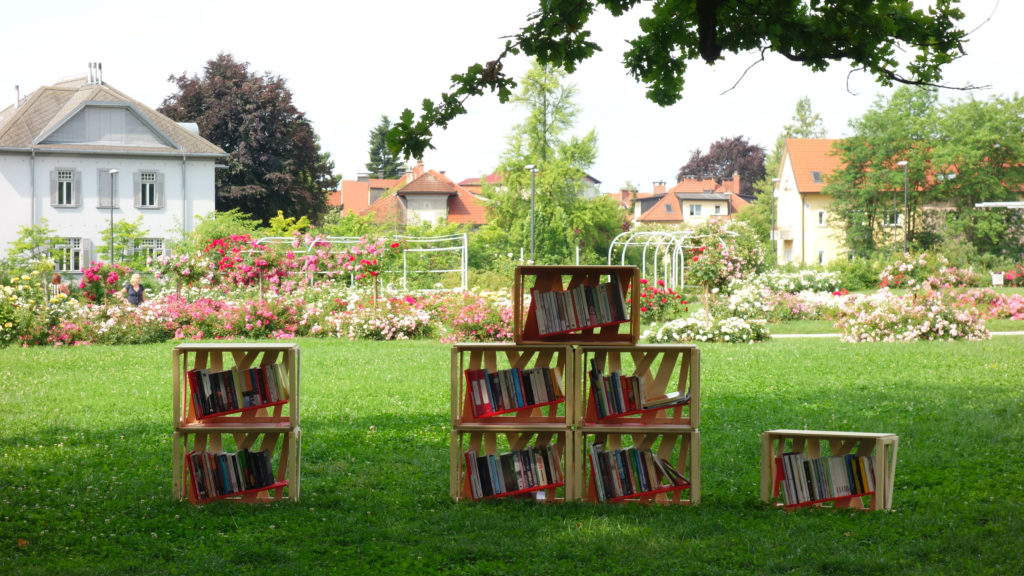 The last thing we saw before leaving Ljubljana was an outdoor library set up in the Tivoli Park. It looked so peaceful and we wanted to stay here, but we had a train to catch, so we have to save this until next time.