We had to enter the Swedish bubbla, but fortunately for us we have our own “bubb.la” with family and friends that we like to be inside when we are in Sweden. The big day for us is coming closer so we want to spend this last time with family and friends before we will go and welcome our child. This time around it was going to be all about bubbles with a name giving ceremony, bubb.la meet up with Boris and a wonderful bubb.la wedding.

Back on Swedish soil and we realized that we were close to the most Southern point in Sweden – Smygehuk. Also, Ulrika is showing off her week 29 belly.
We visited Smygehuk in the early morning before we headed North, it was going to be a long day on the road for us. 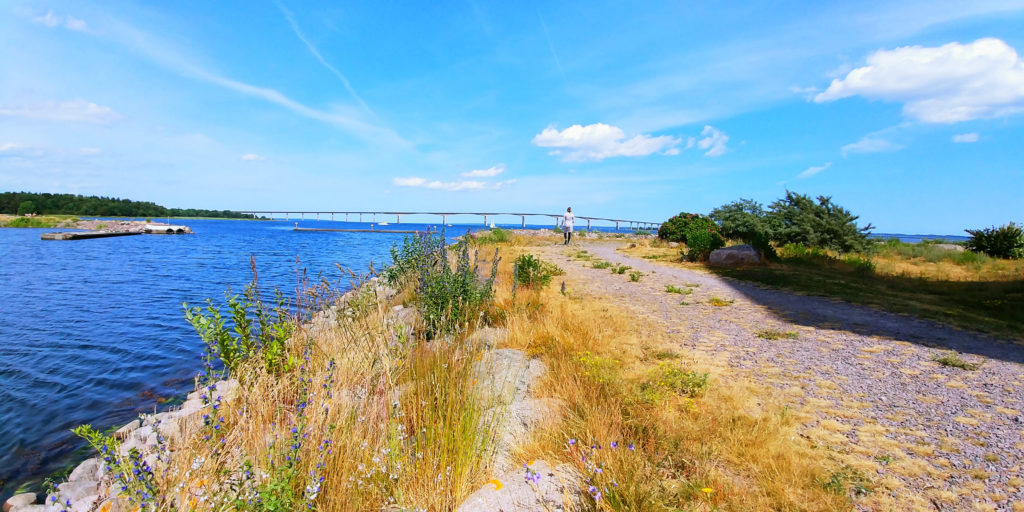 We had lunch in Kalmar and decided to tick another thing off the bucket list. Ulrika has never seen Ölandsbron, the 6 kilometer long bridge that connects the island Öland to the mainland. 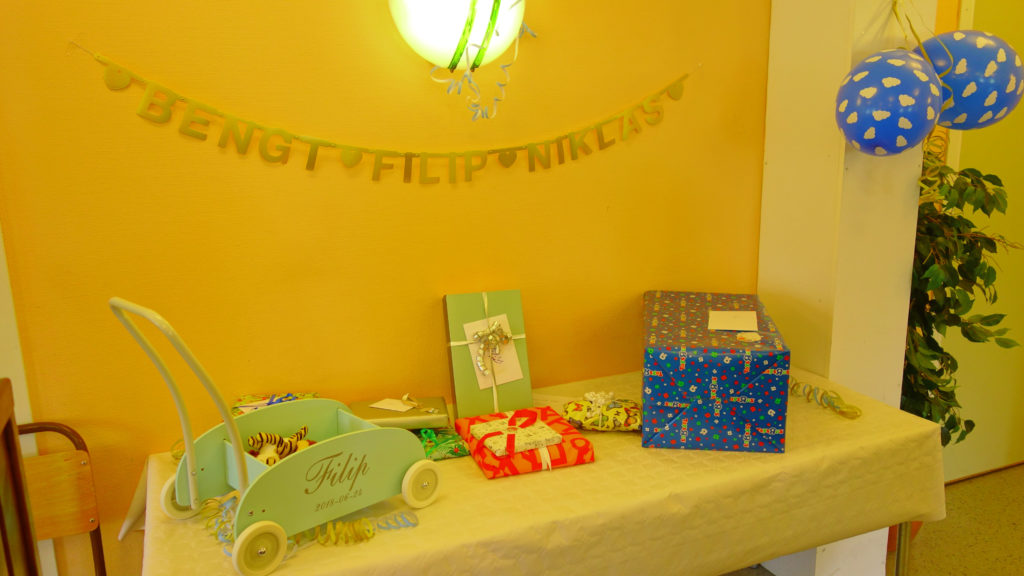 We came back to Sweden for Ulrika’s nephew Filip’s name giving ceremony, the secular version of baptism, and to spend time with our families before we need to focus on welcoming our girl to this world. 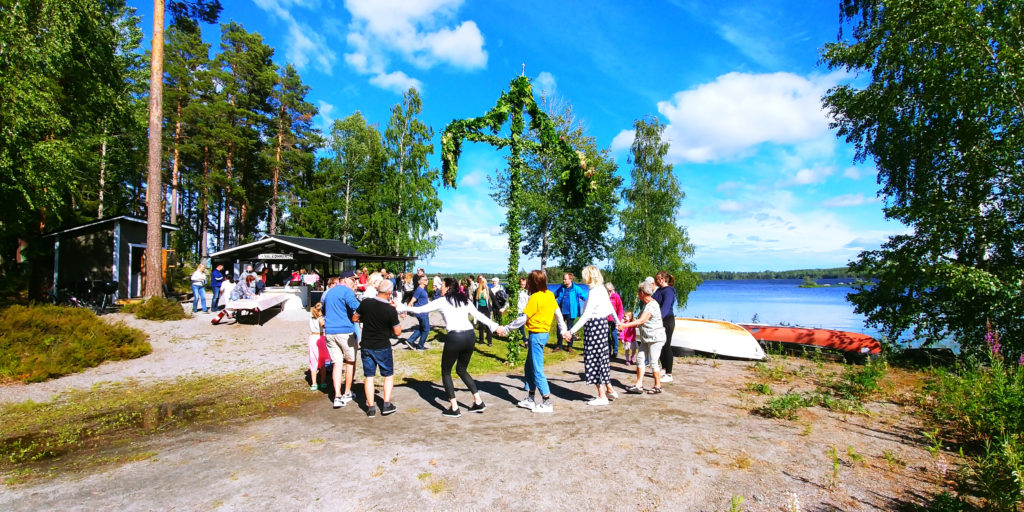 We celebrated Midsummer, the Swedish feast that is the closest to a national day Sweden has. Here we danced to classical Swedish ballads around a leaf- and flower-covered Phallus. 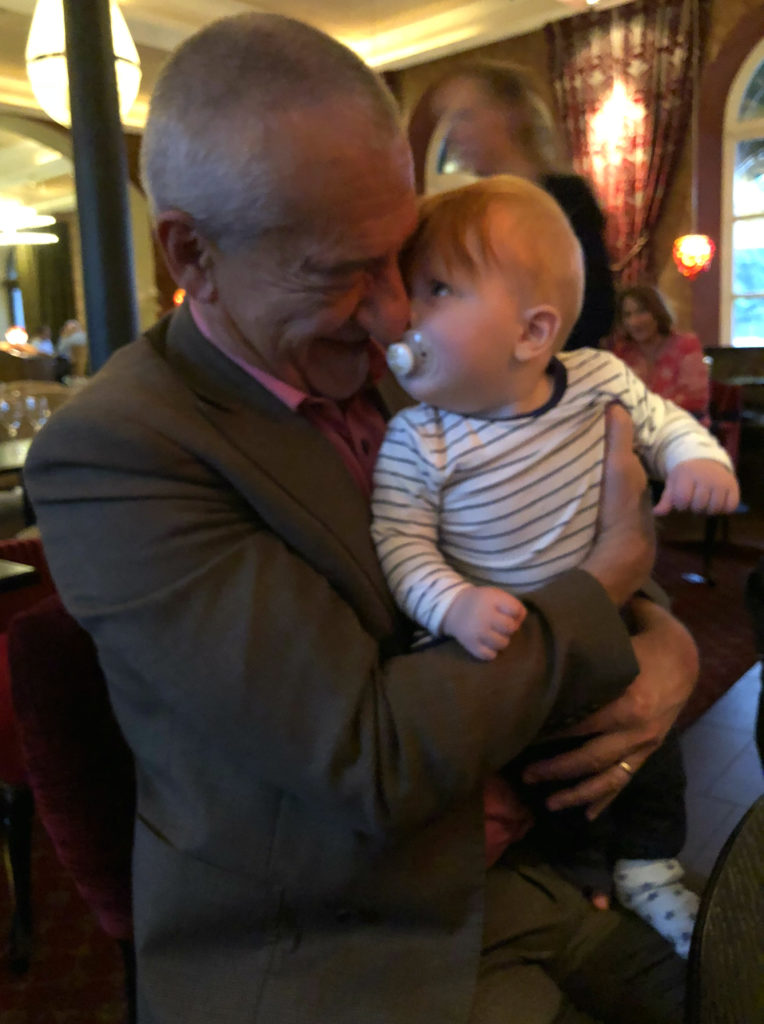 We got the opportunity to meet and speak with Boris, one half of the podcast “radio bubb.la”. Here he is with Ulrika’s nephew Filip. We also bought a signed copy of his book ” Inte mitt krig” about the death of the Swedish leftist movement during the 70’s and how they instead infiltrated the institutions causing the Swedish state to swell into an enormous bureaucratic and socialist apparatus, which is the main reason why today’s Sweden is collapsing.

You can find the book here at Cultura Aetatis,  the publishing house under the bubb.la umbrella. 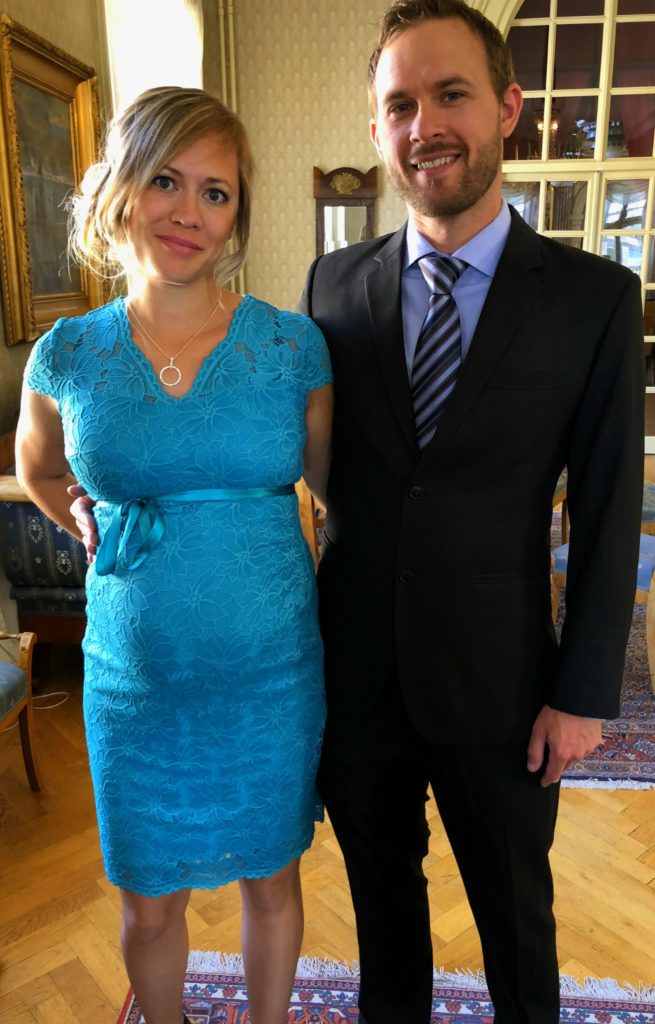 We also got the opportunity to dress up to celebrate the union of our friends Martin and Sofia, the founders of project bubb.la and radio bubb.la. Ulrika found a dress that she could wear at 30 weeks of pregnancy. 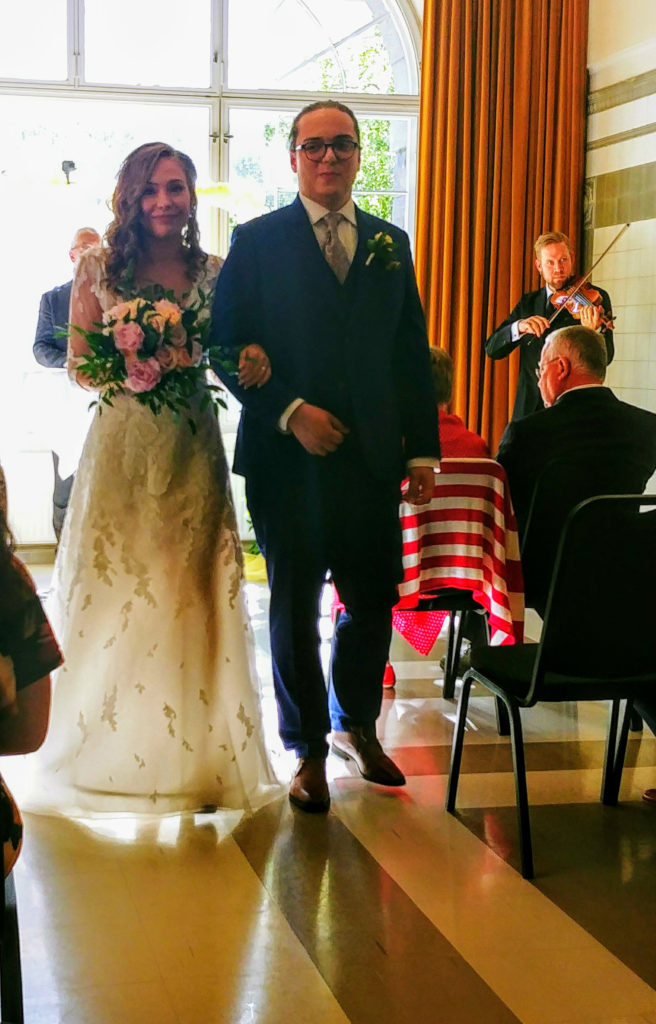 It was a lovely ceremony in Stockholm and Boris was the marriage officiant. Thank you Martin and Sofia for letting us be part of your special day. 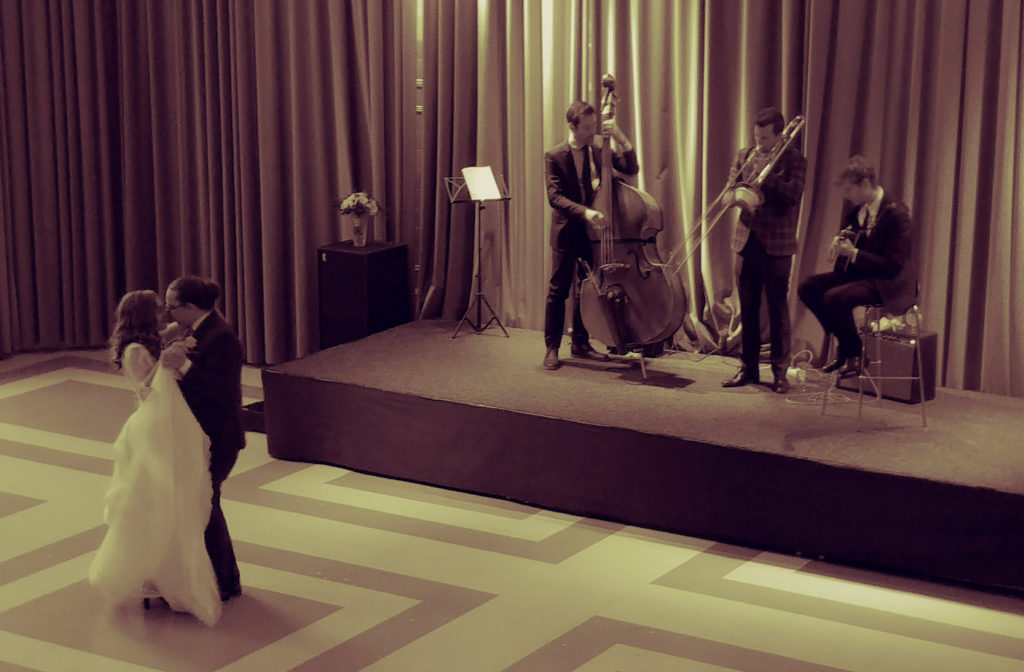 the first dance as a married couple! 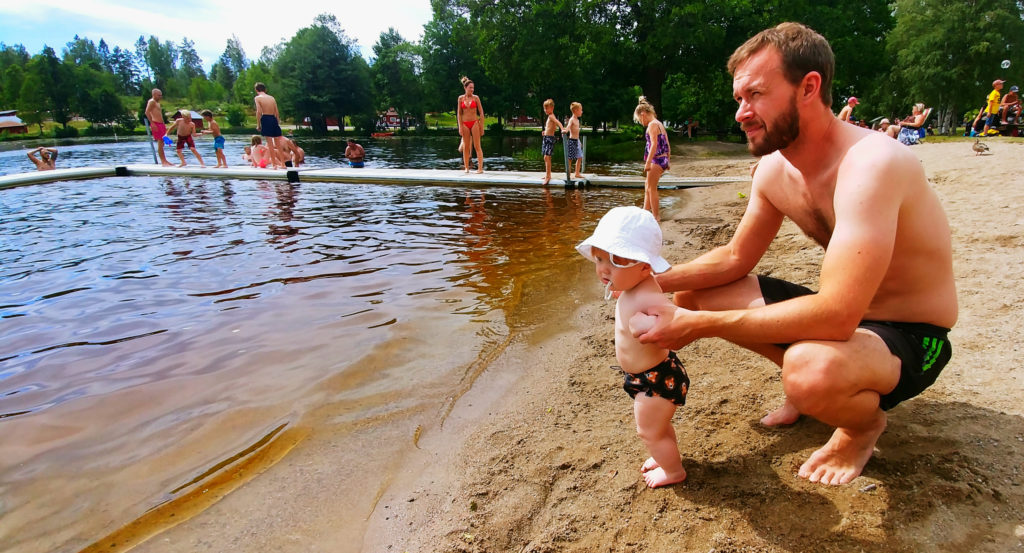 We headed back to Ulrika’s family to spend more time with them. Filip loves water so we took him to Högbosjön one day. 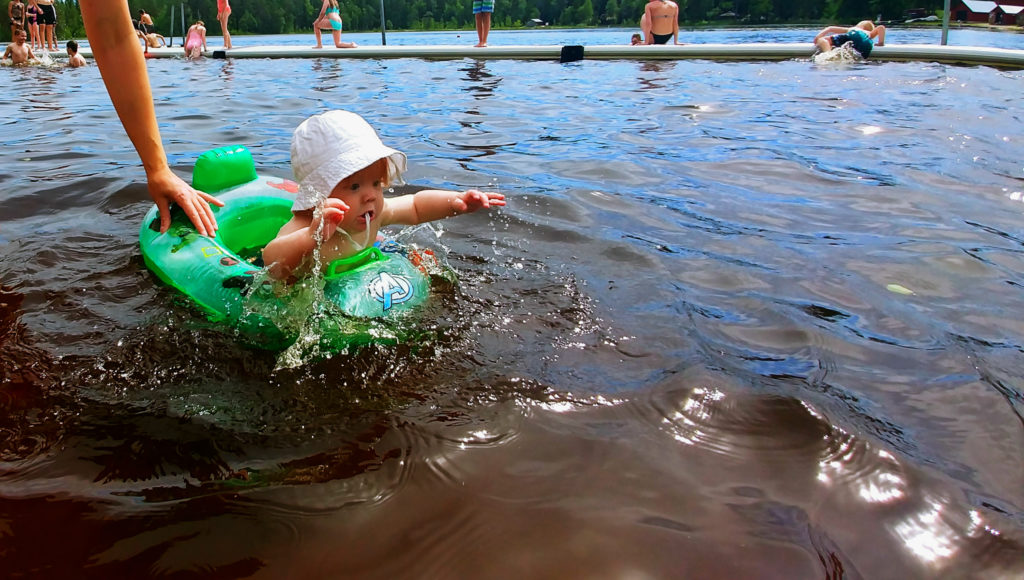 He didn’t hesitate to get in the water even though the water temperature was far from the indoor baby pool he is used to. 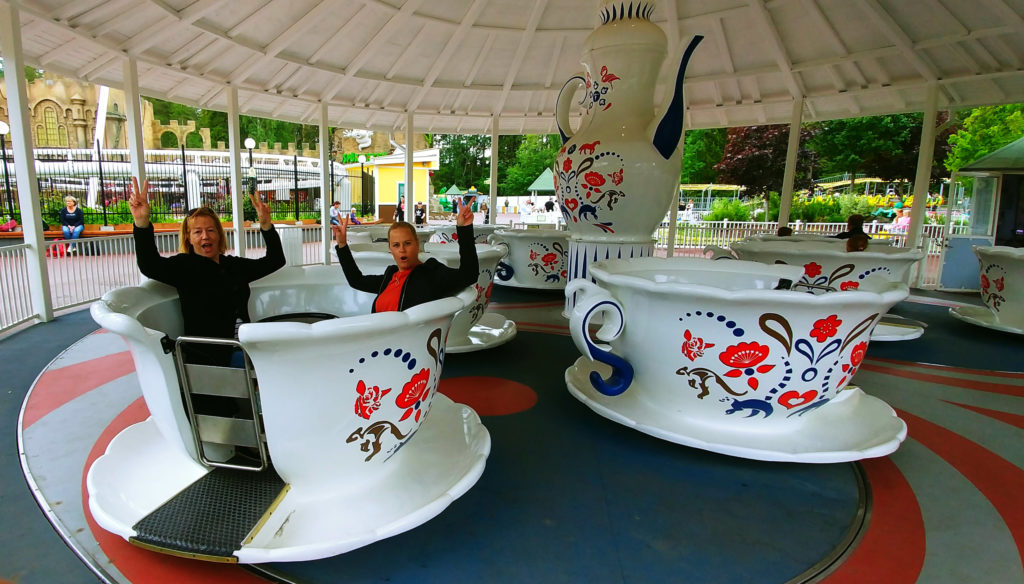 We also spent one day at Furuvik, an amusement park and zoo, near Gävle and we chose a nice day to be here, Sweden played against South Korea at the World Soccer Championship, so we were almost alone in the park. 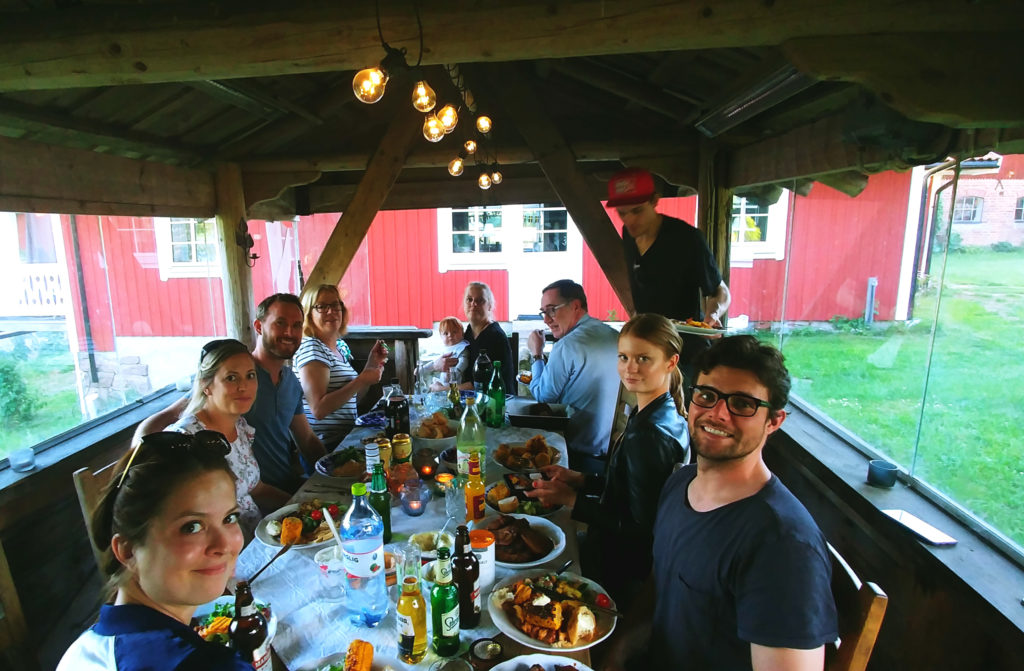 We had a barbecue party with a few of Ulrika’s cousins. 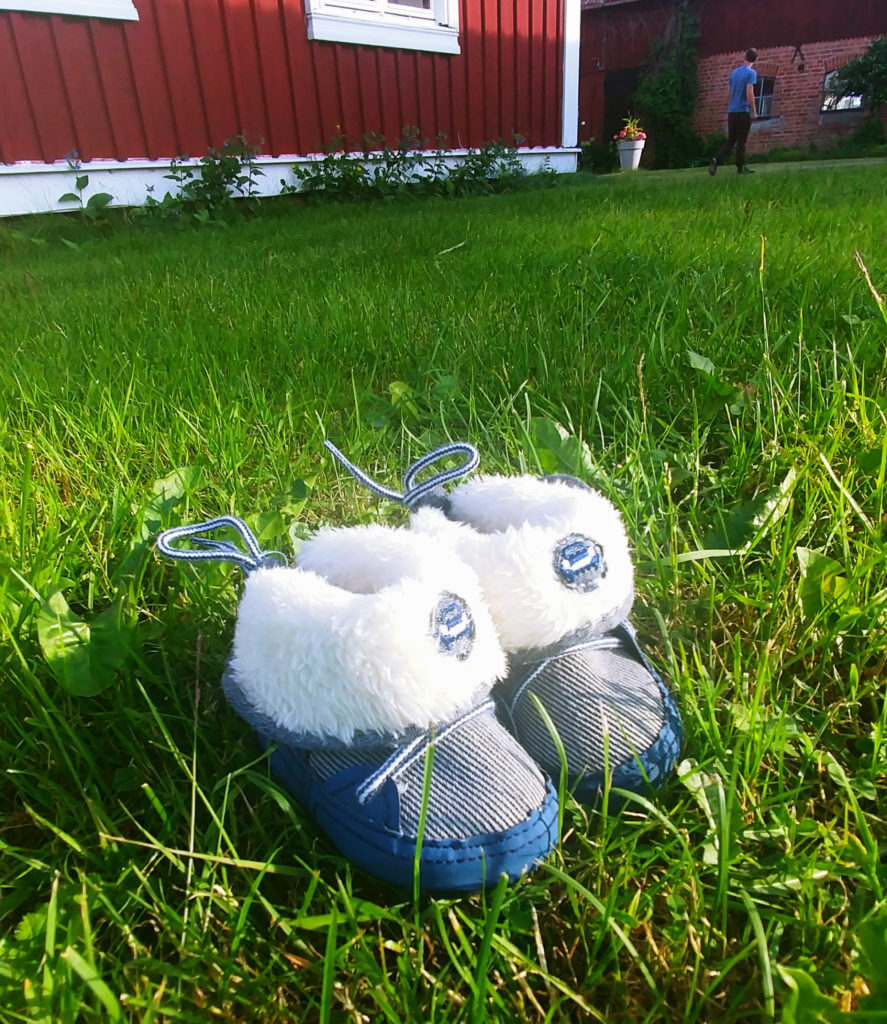 and “det lilla livet” got her first pair of shoes from Linnéa, one of Ulrika’s cousins. Thank you Linnéa! 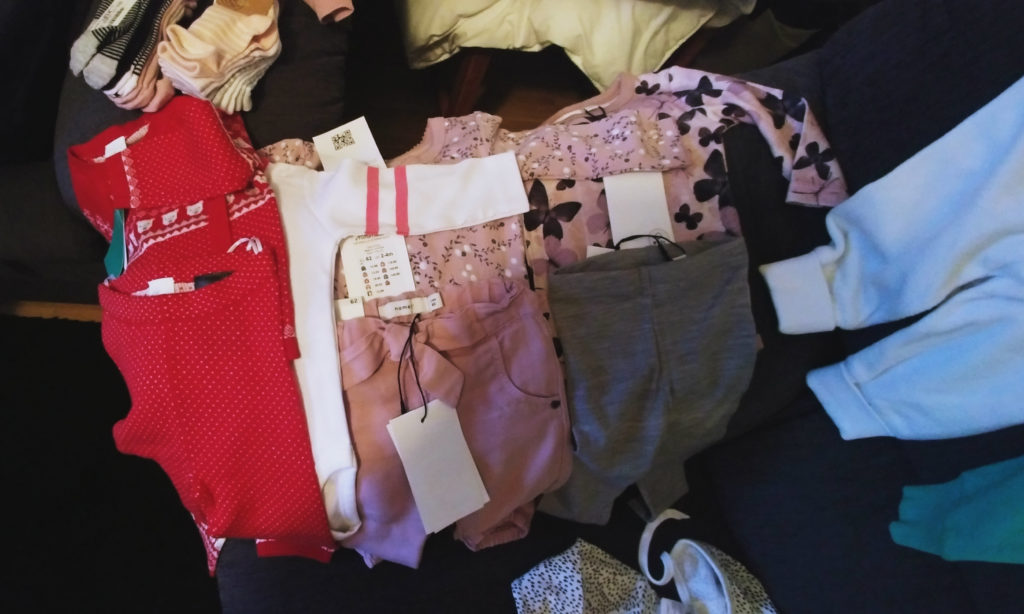 ” Det lilla livet” has gotten a lot of things from both mormor (maternal grandmother), moster (maternal auntie) and friends, so it was time to organize our girl’s things. 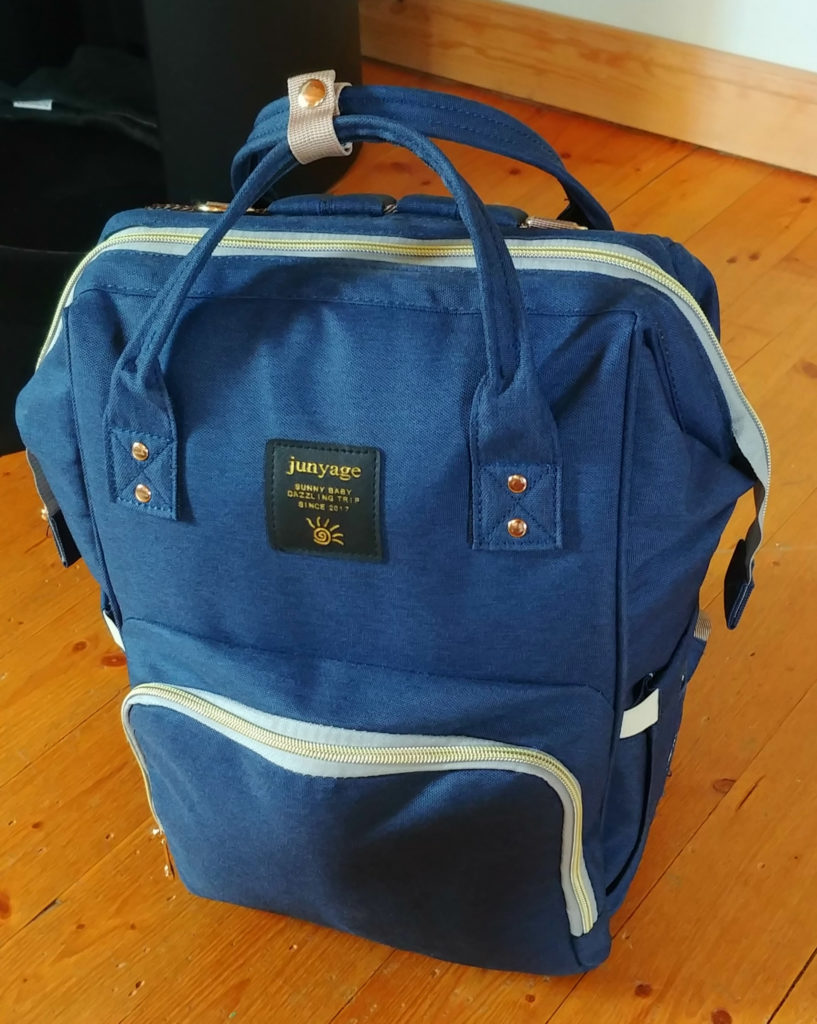 It was time for our girl to get her own back pack and for us to gather all her things. It is only two month left before she will be here, so from now on her back pack will travel with us.