Windecksattel was our main goal before we left Austria for this time. Sandra and Markus had told us to leave this, more technical, hiking trail until the end of our stay, so the snow cover would have a chance to disappear before we hiked up to this part of the Alps.
We felt that it was time to try it just before Pontus birthday  – the weather was a major factor and the weather forecast said that more unstable weather was to come during the following days. We packed food and water, which Pontus were responsible for carrying up the mountain and Ulrika, who just entered the third trimester, were responsible for carrying “det lilla livet” up the mountain. It was going to be a long day out in nature. 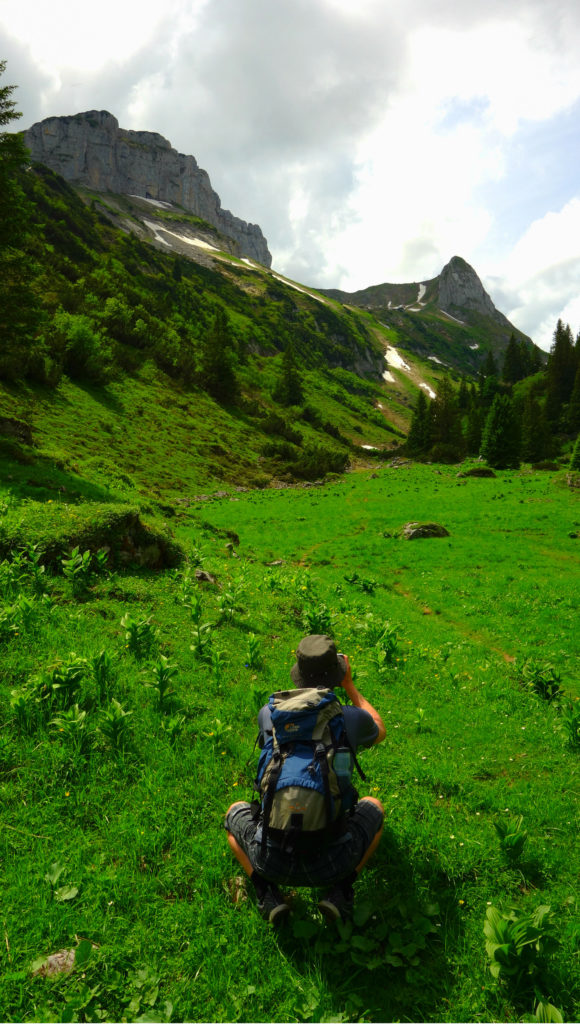 Last hike for us in Riezlern and it was going to be an epic one – incredible landscape and Ulrika entering the last trimester (28 weeks pregnant). We chose to head up to Windecksattel and crossing the border to Germany . 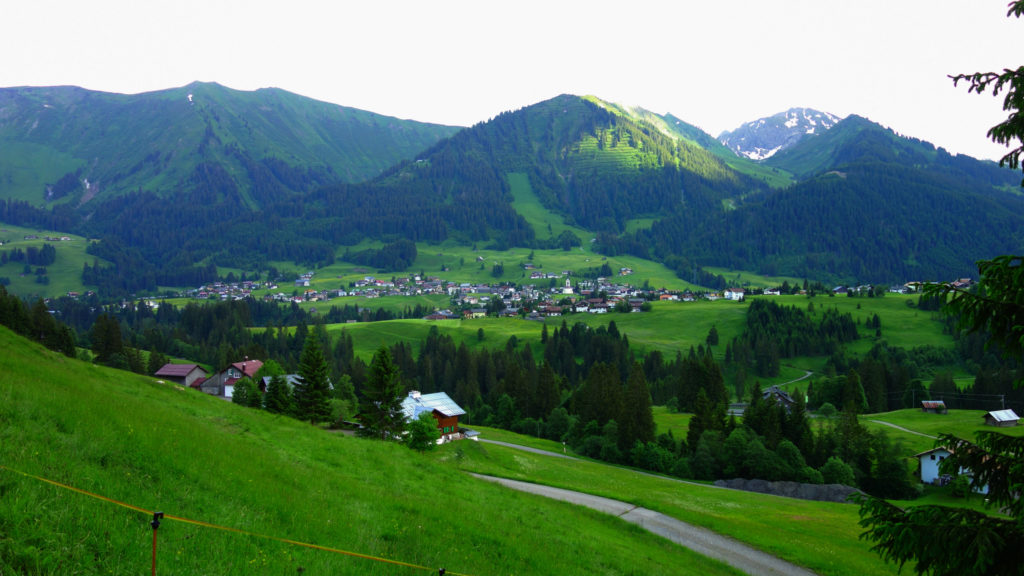 This time we would have this view over RIezlern. It was going to be a 750 meter ascent with more or less trail to to follow. Our total distance hiked would be 15 km. 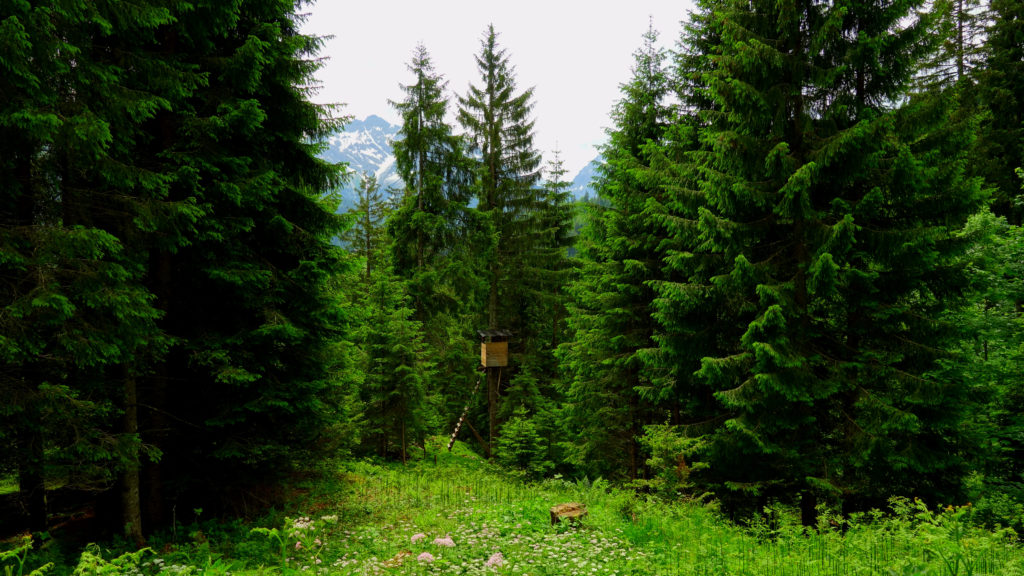 First part was through a fir forest, but we would soon leave the conifers and the easy hiking trail behind us. 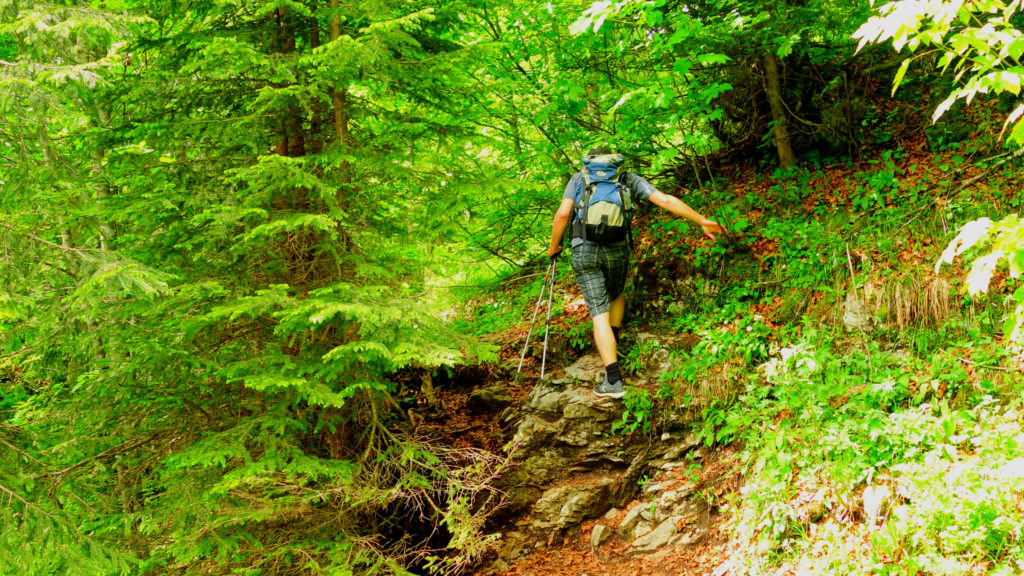 Parts of the trail were more technical than others, but it was no problem to hike the trail while being pregnant.

We soon found a sign that should be followed, especially during the winter months when snow hides the terrain. 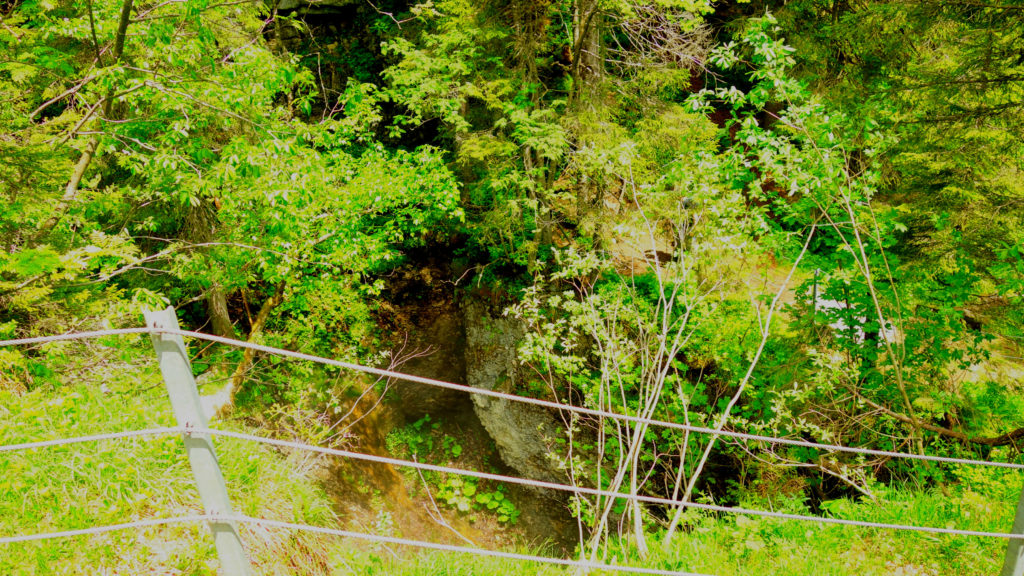 There are an extensive cave system underneath the mountains in the valley and one of the entry points can be found on this trail. It is a 90 meter deep hole and you don’t want to fall down there while skiing down the trail. 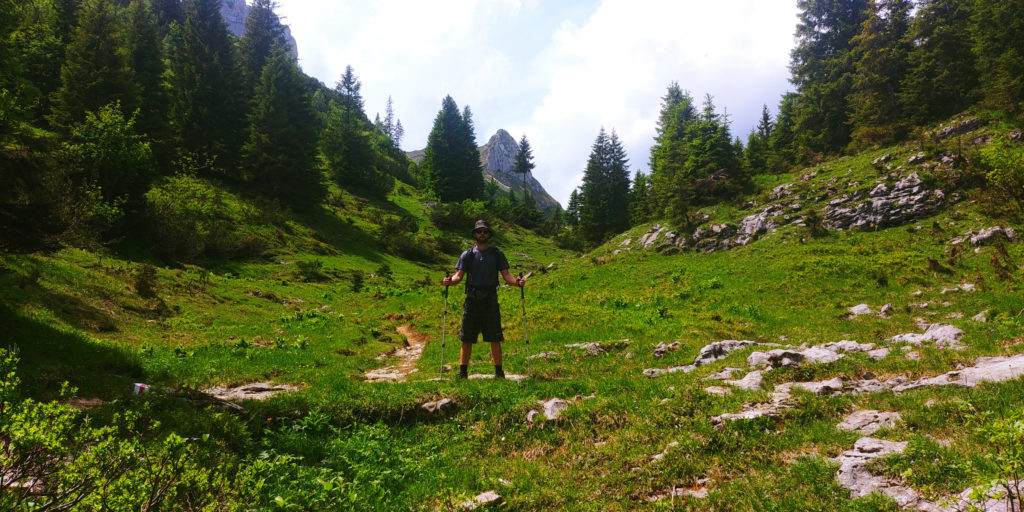 First mission was to reach Mahdtal and eat lunch there before taking on the last part up to Windecksattel. 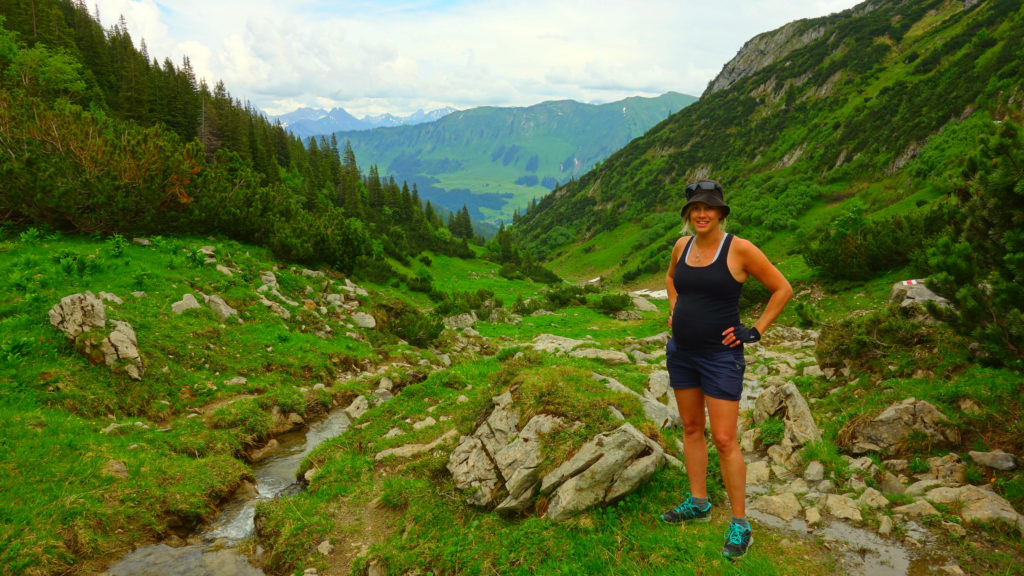 We did a pregnancy photo shoot in Mahdtal, capturing Ulrika during week 28 on her way to reach her goal at the Windecksattel. 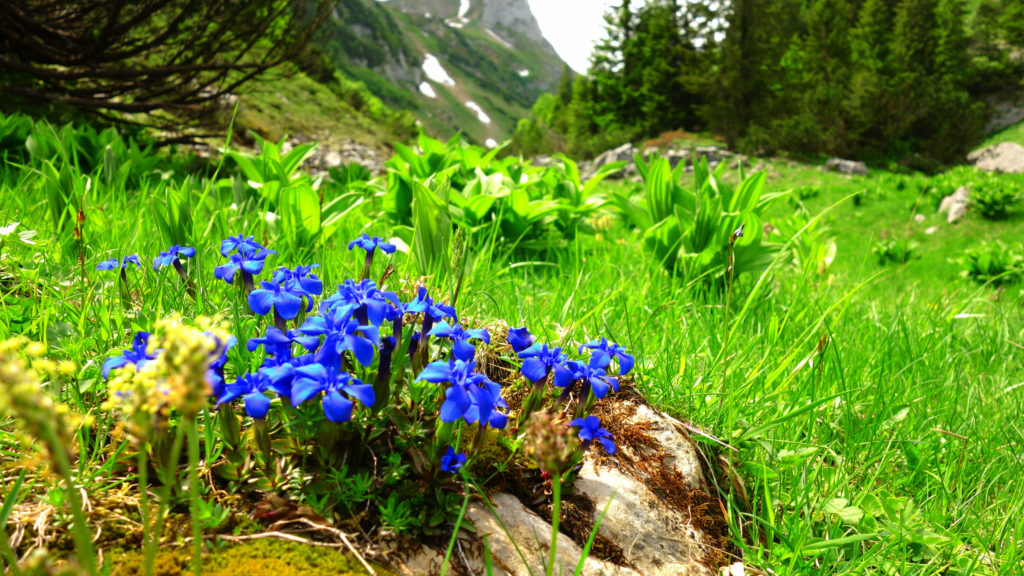 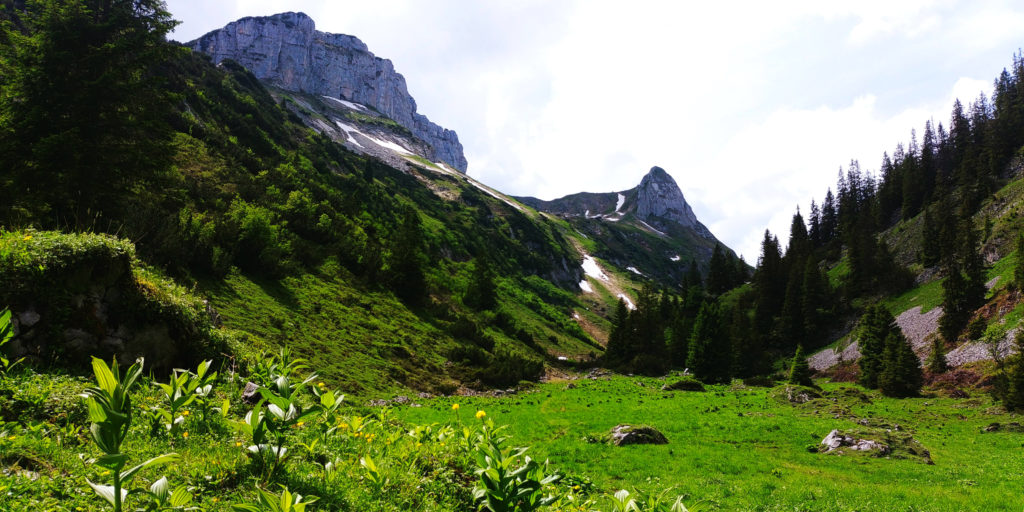 Just south of Windecksattel is the Torkopf peak (1930 meters). It is a reachable peak, but we felt that it was better to save this adventure for another time when Ulrika is not pregnant. 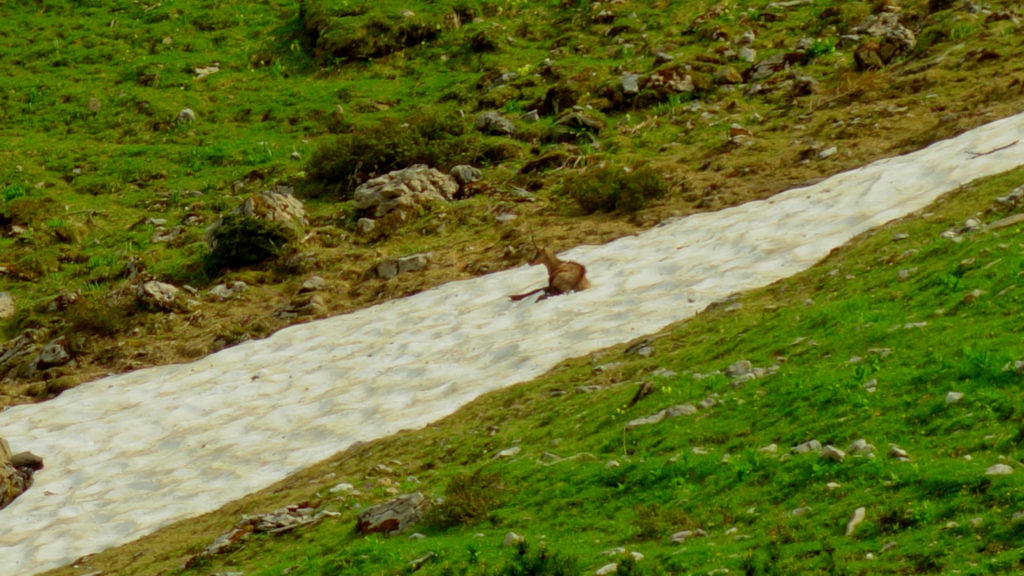 We reached the part of the trail where snow still was present. We saw a mountain goat coming down the mountain to lay down on the snow, probably to cool down. 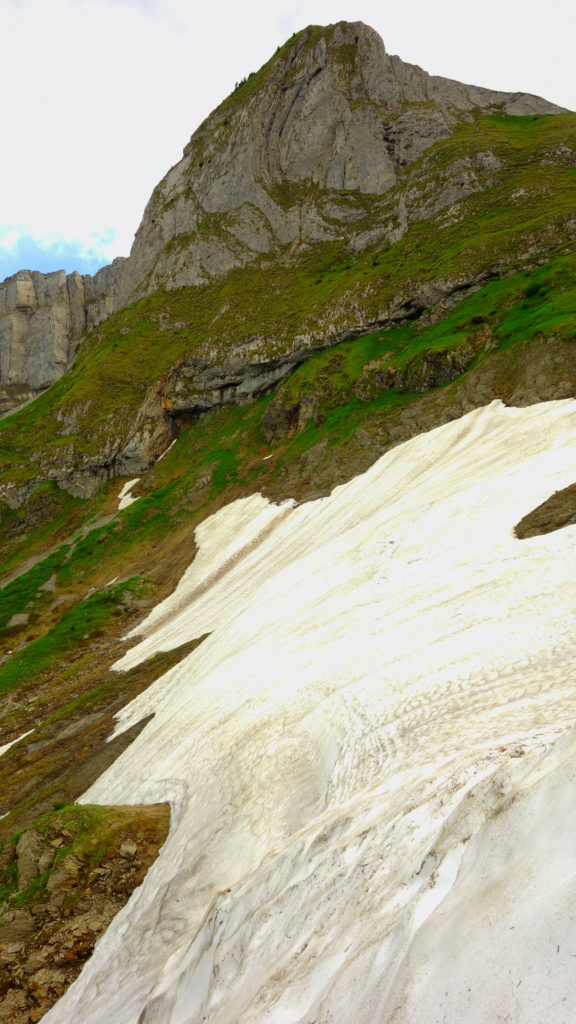 More snow was present the higher up we went and we had to walk over snow covers during the last part of the trail. It became quite steep as well. 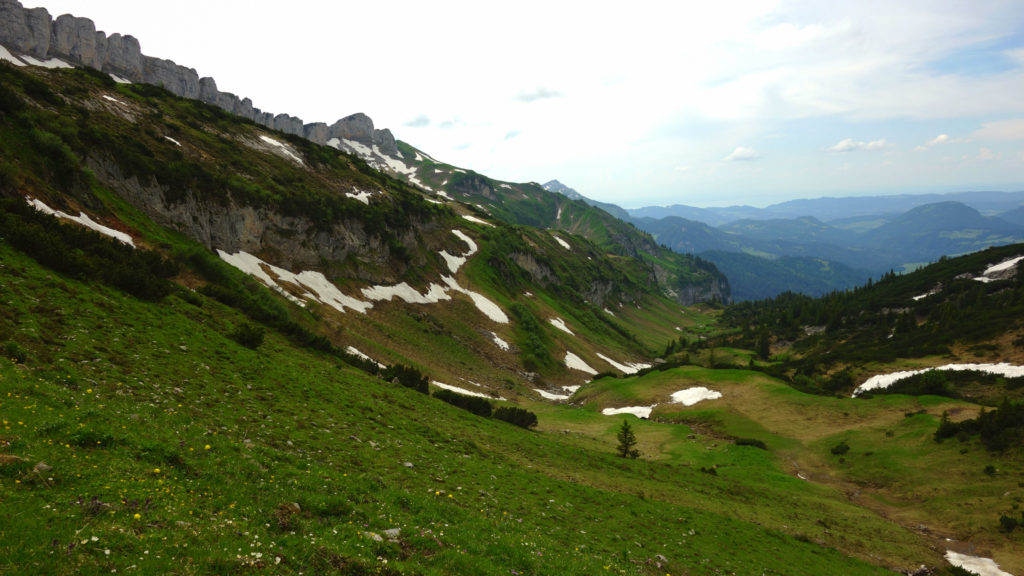 We finally reached Windecksattel and got a nice view of the landscape on the other side of the mountain. 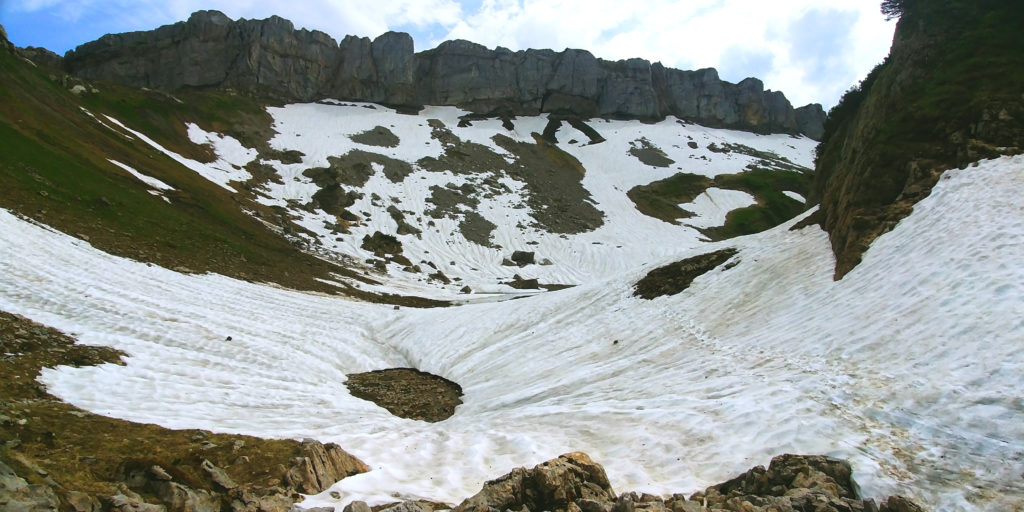 Our original plan was to follow the trail through Obere Gottesackerwände, but it was to much snow left on the ground. We decided to turn back here, but we were still impressed with ourselves, hiking 7.5 km and ascending 750 meters. In the end, we kept a pace of 18:04 min per kilometer and maximum altitude was 1840 meters. 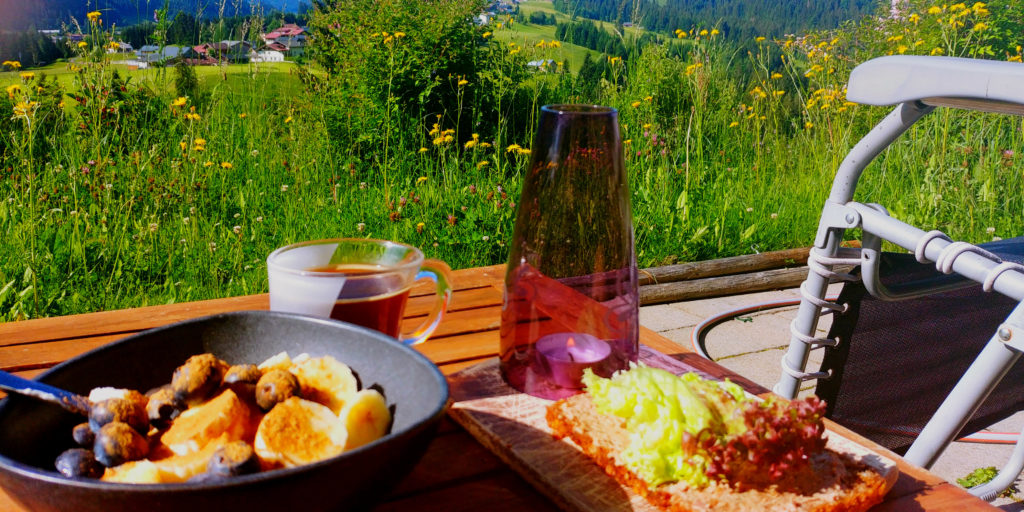 We celebrated Pontus 36th birthday while we were in Riezlern. We had a few days of unstable weather before we left this place, so it was a quiet and peaceful celebration this year. After the birthday we had to leave Austria for another central European country – the Czech Republic.