Gibraltar on a rainy day

Gibraltar is one of many things on our bucket list and now it was time for us to visit this famous rock. Ulrika started to feel better during our last days in Malaga, she was only affected by nausea and vomiting in the evenings, so we took a chance and joined a tourist group to Gibraltar over the day. It was a really nice day, except for the weather, and we are glad that we managed to get here. 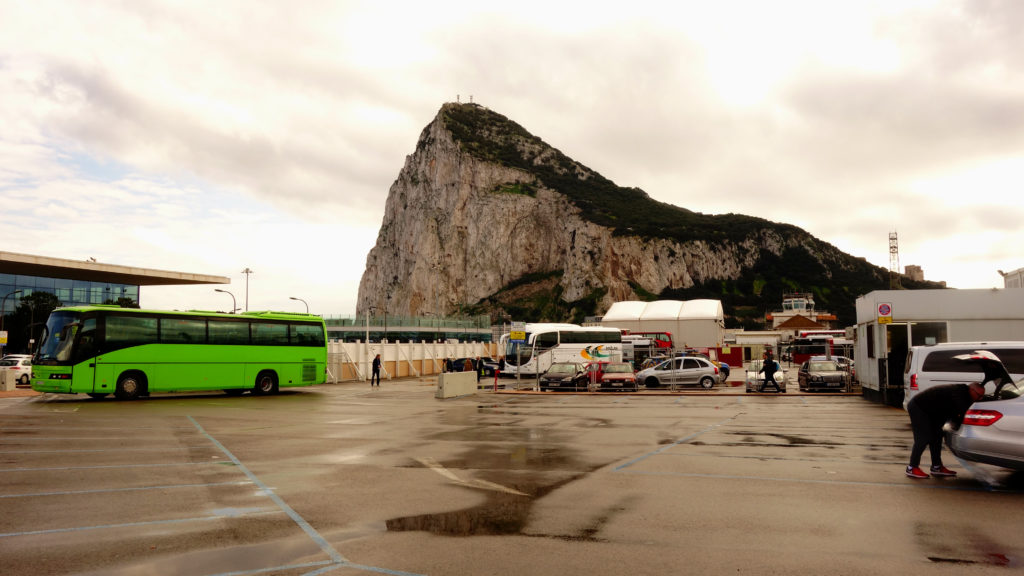 We were so close to Gibraltar so we just had to tick this place off our bucket list. 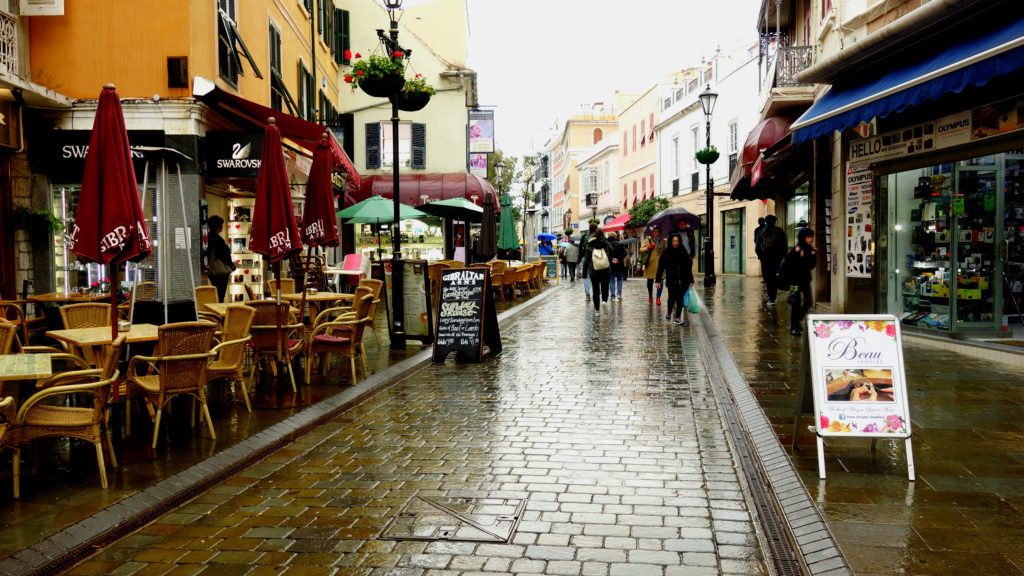 It was a really rainy day, so we were glad that we had decided to go with an organised tourist group and not renting a car and go by ourselves, which was what we wanted to do in the first place. 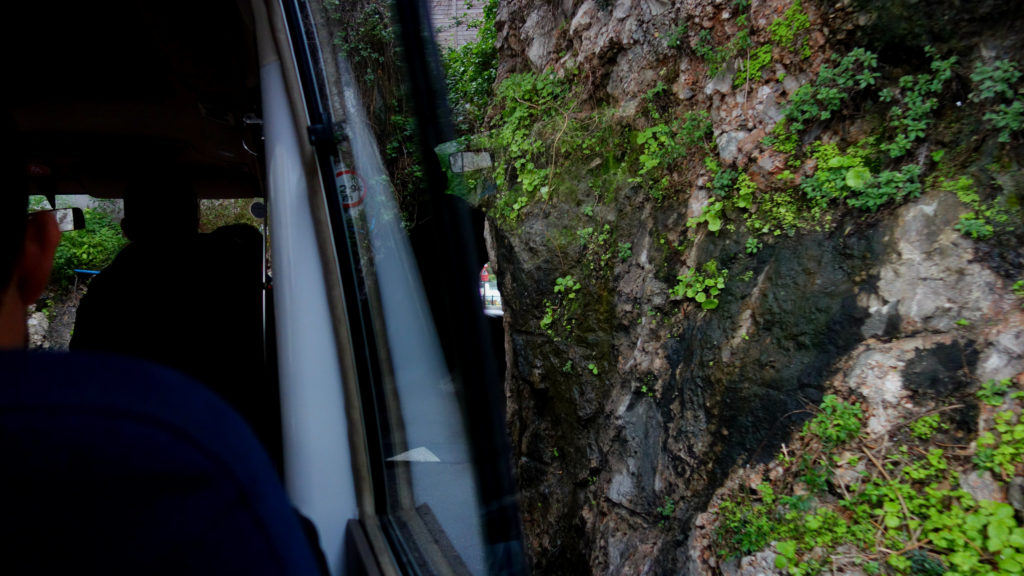 We had to change to a smaller vehicle than a bus when we came to Gibraltar and soon we realised why you need a slimmer car while driving around here. 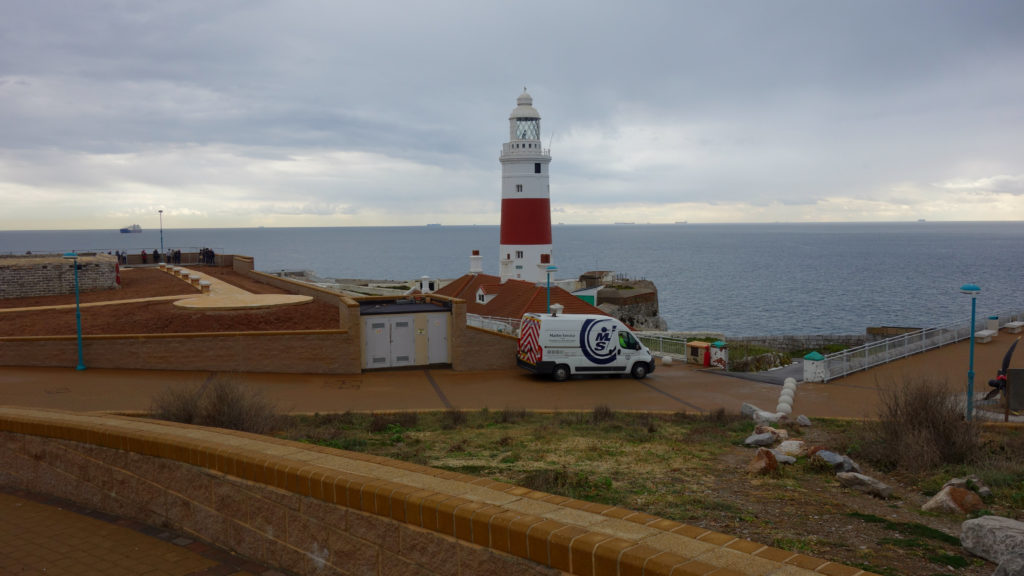 We went out to the Trinity Lighthouse on the Southern point of Gibraltar. 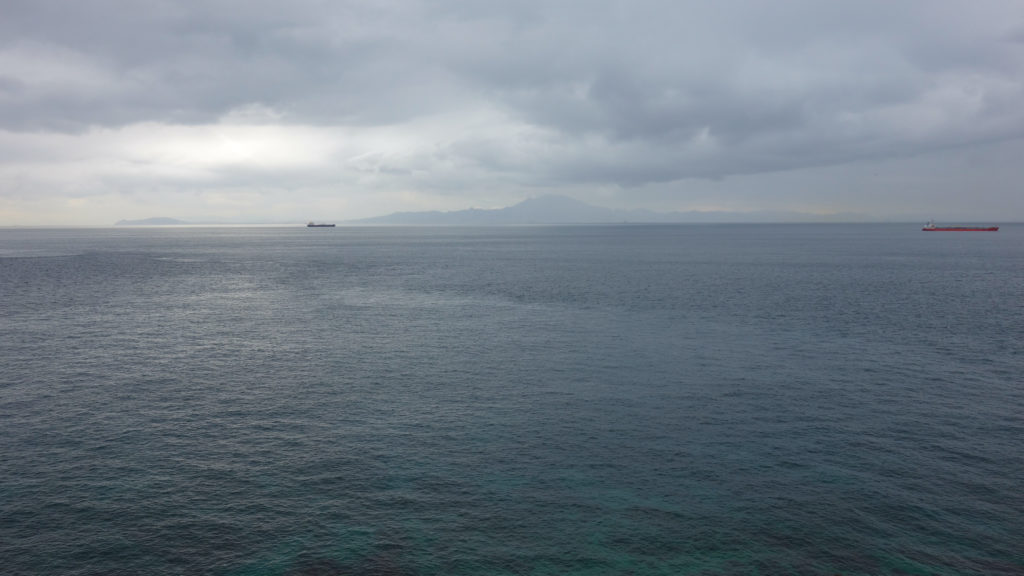 From here we got a good view of Africa and Morocco on the other side of the strait. You probably get an even better view on sunny days. 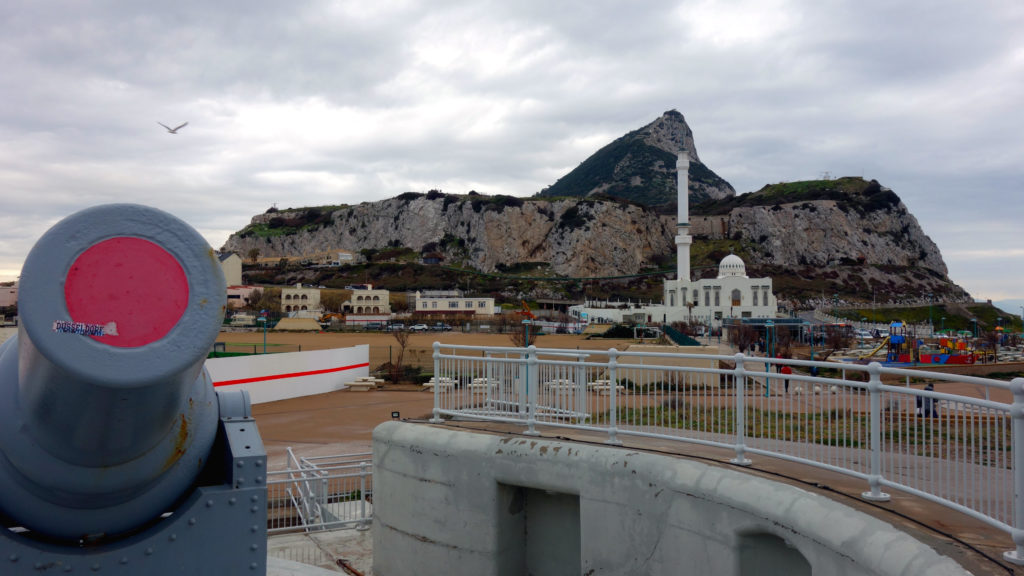 Europa Point has been the site of earlier Spanish and Moorish fortifications as well as later British fortifications. Nowadays a restored artillery battery (Harding’s Battery ) is standing here and it is open to the public. Next it was time for us to got up on the rock. 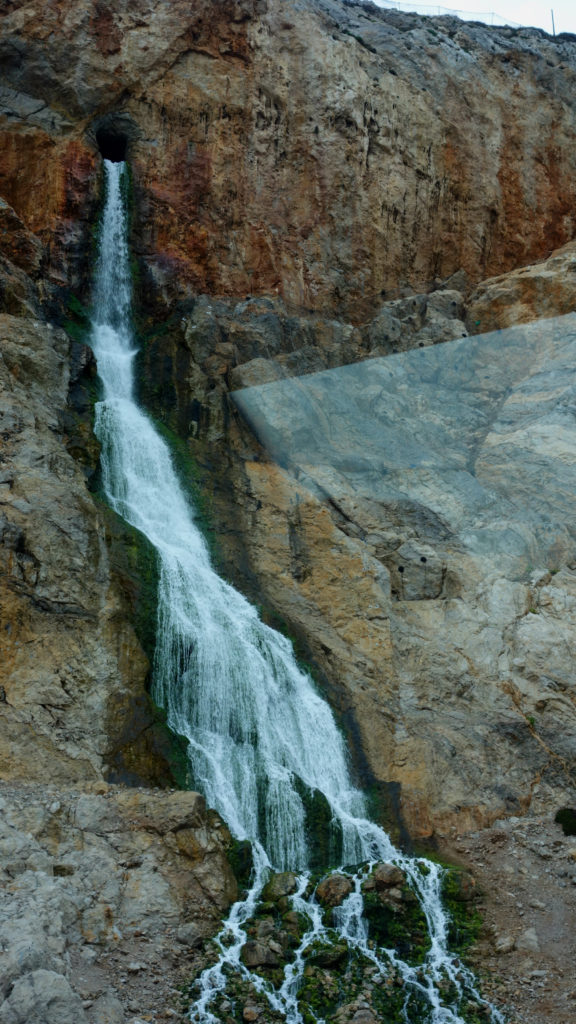 Gibraltar does’nt have a lot of natural resources, but they use large rock water catchments to collect rainwater. Two desalination plants are then used to produce fresh water for the rock inhabitants. 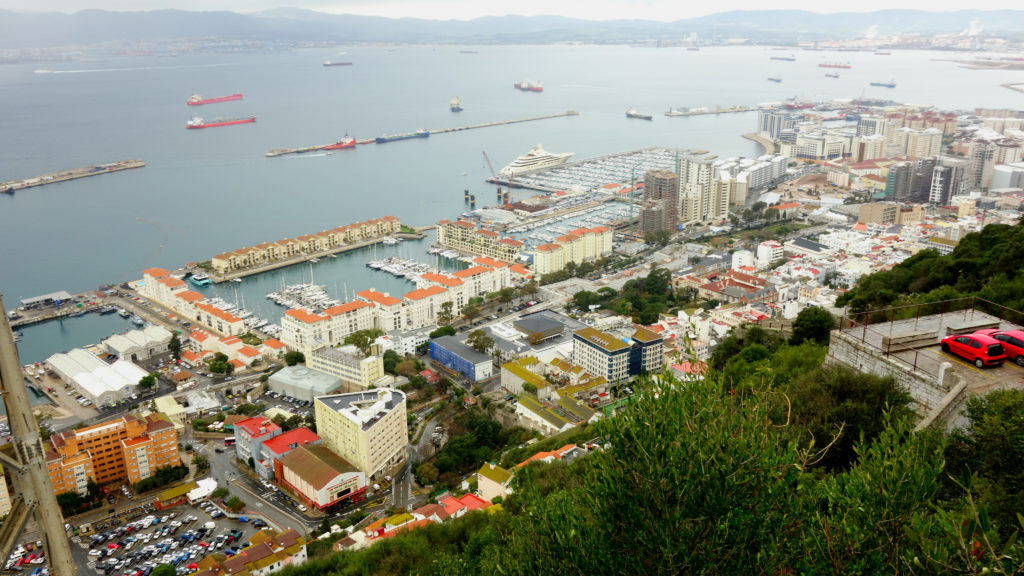 Gibraltar has expanded so the west side (the harbor and the residential area) are standing on man-made ground. 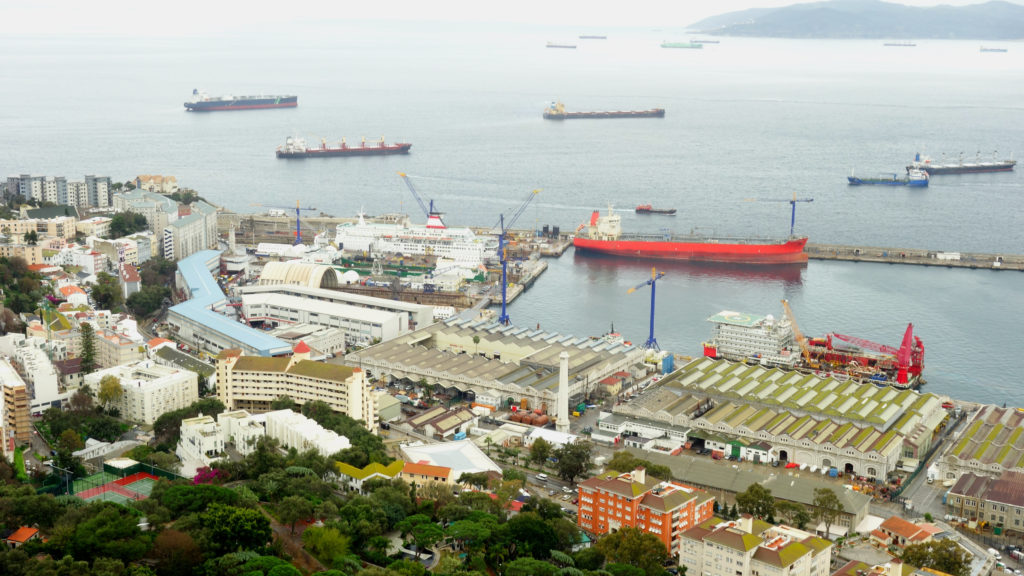 The shipping industry is one of the major employers in Gibraltar.  29 000 people live here and 12 000 people commute to Gibraltar every day for work and they only have 0.5% unemployment rate. 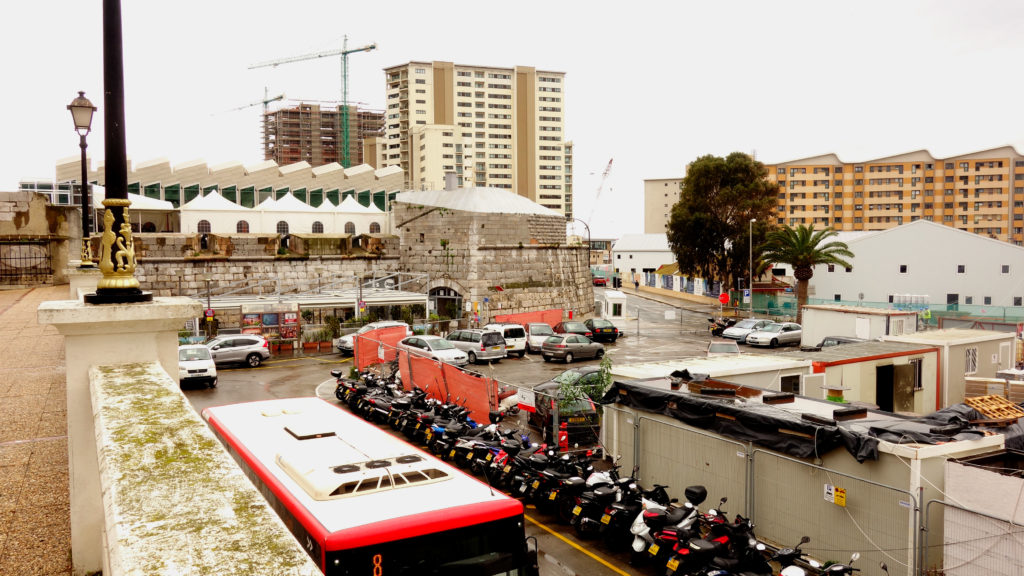 Down in the city you can clearly see where the water line used to end. The wall around the city center was the former barrier between the sea and the city. You still see iron rings high up on the wall where ships visiting Gibraltar used to anchor. 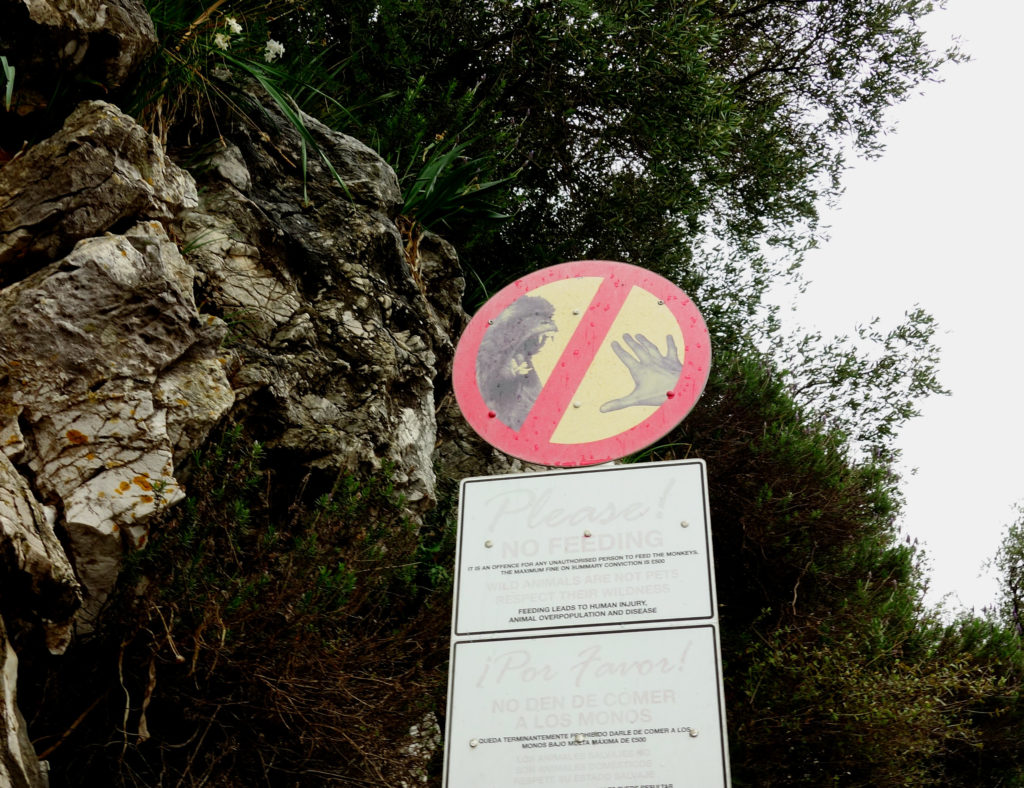 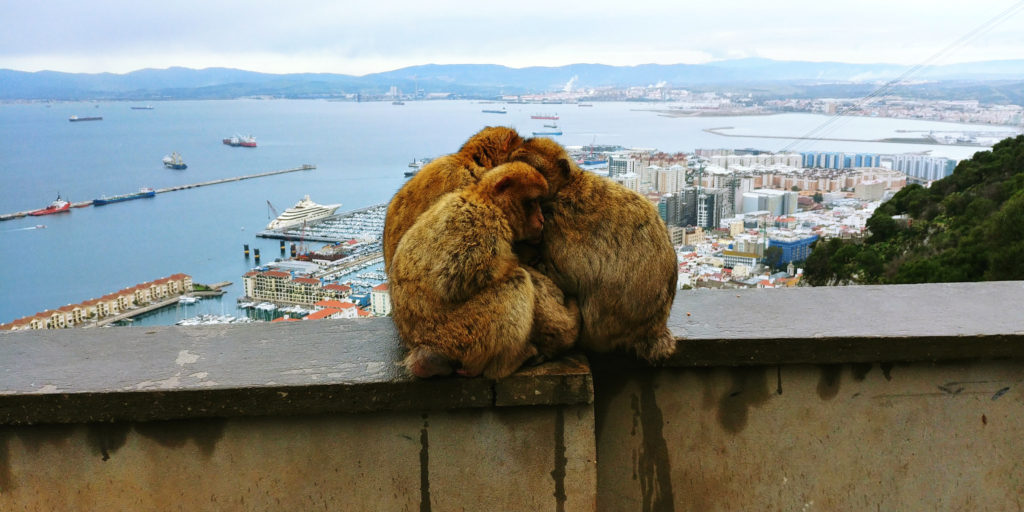 Most of the upper part of the Rock is covered by a nature park, which is home to around 230 Barbary macaques. They are the only wild monkeys found in Europe and they enjoyed the weather as much as we did this day. They protected their infants between them with their body heat. Most of the Barbary macaques in the world live in the Middle Atlas mountains of Morocco, so researcher think that the ancestors of these monkeys came to Gibraltar during the Islamic (Moorish) period. 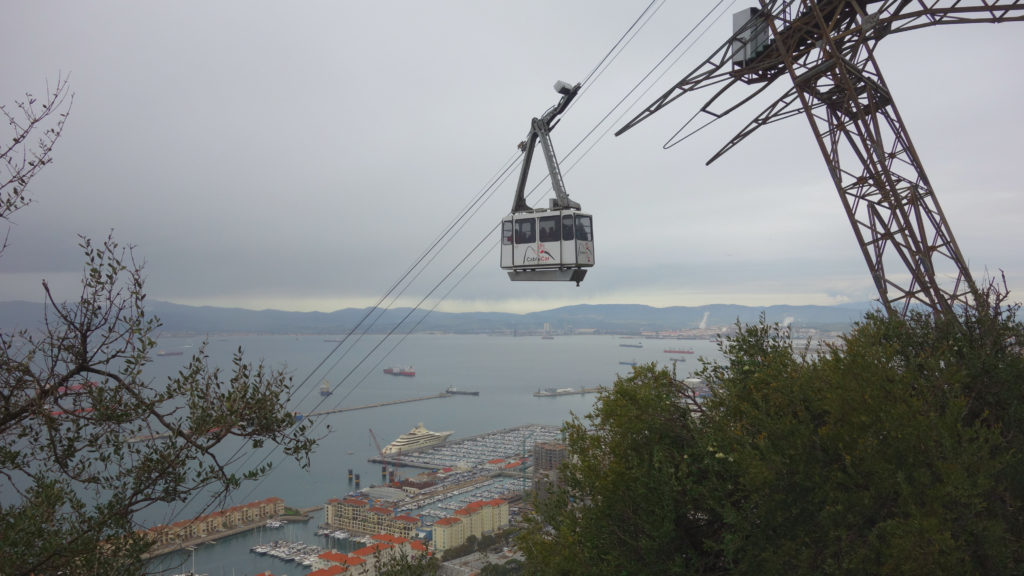 We took a car up the mountain, but there is a  also cable car that runs from ground level to the top of the Rock that you can  take. 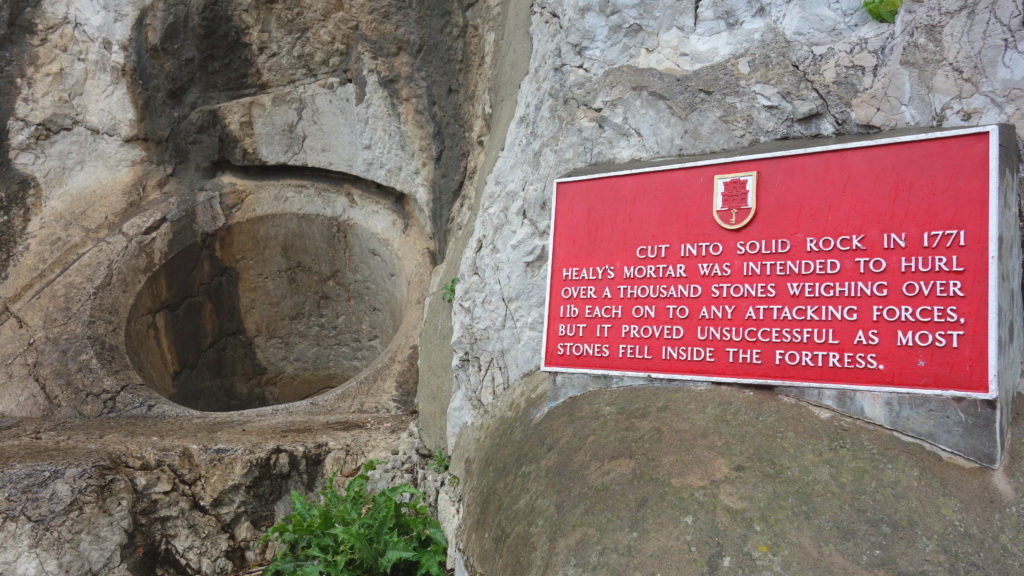 Remnants from the heavy fortifications and military strategies of Gibraltar can be seen everywhere, some successful others not so much. 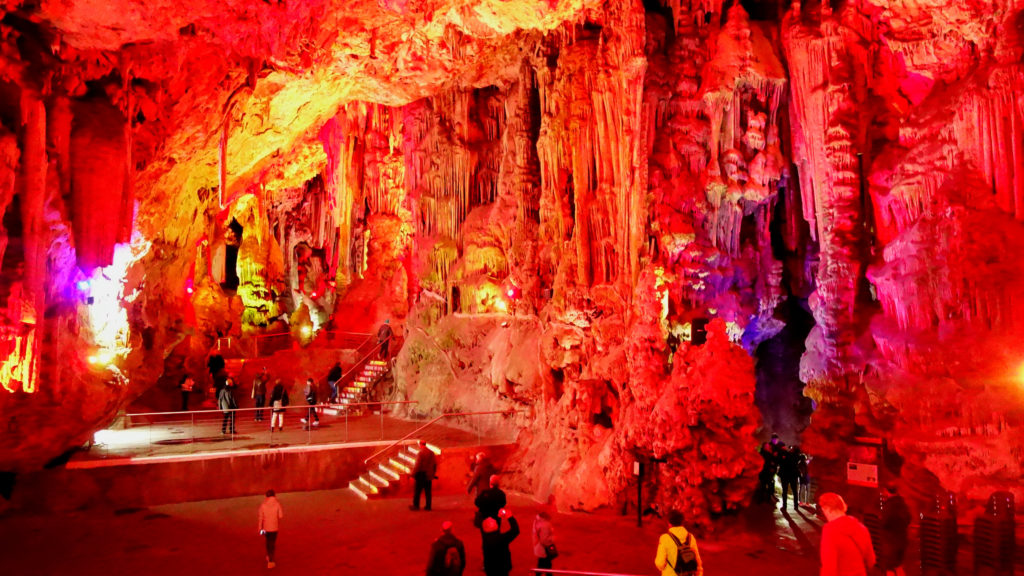 We visited St. Michael’s cave, which can be found on the upper part of the rock. There are over 150 limstone caves on the rock, but this one is the most visited. In 1974 a proof of early human settlements have been found here and cave art has dated human presence here as early as 15,000 to 20,000 years ago. Also, two Neanderthal skulls have been found here and it is possible that they were among the first to set foot on Gibraltar around 40,000 BC. 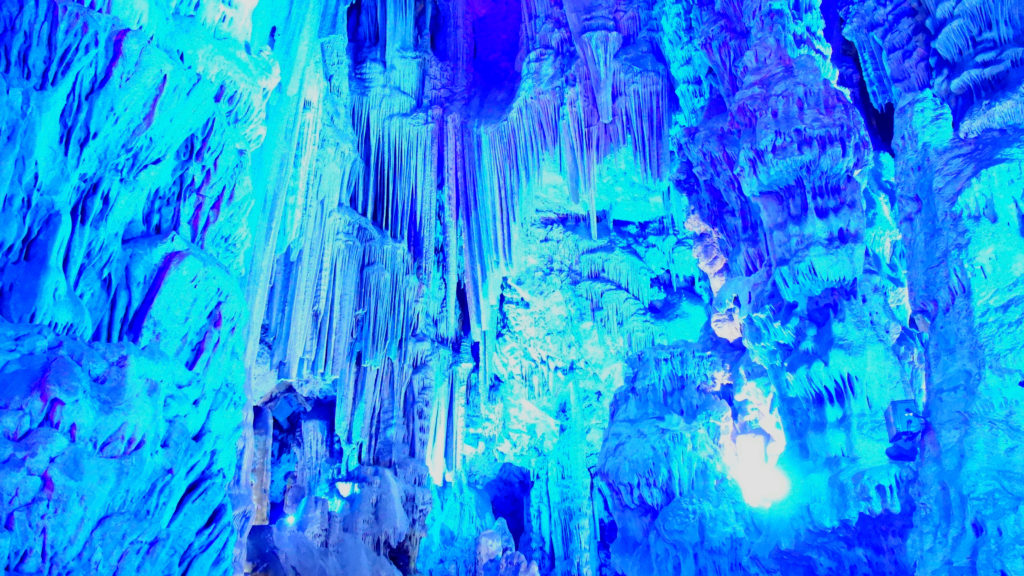 St. Michael’s Cave is believed to have had a military use since the Berber’s conquest in 711 AD. During World War 2 the entire cave was prepared to be used as an emergency military hospital, but it was never used as such. Nowadays, the St. Michael’s Cave is a light show and a concert hall. 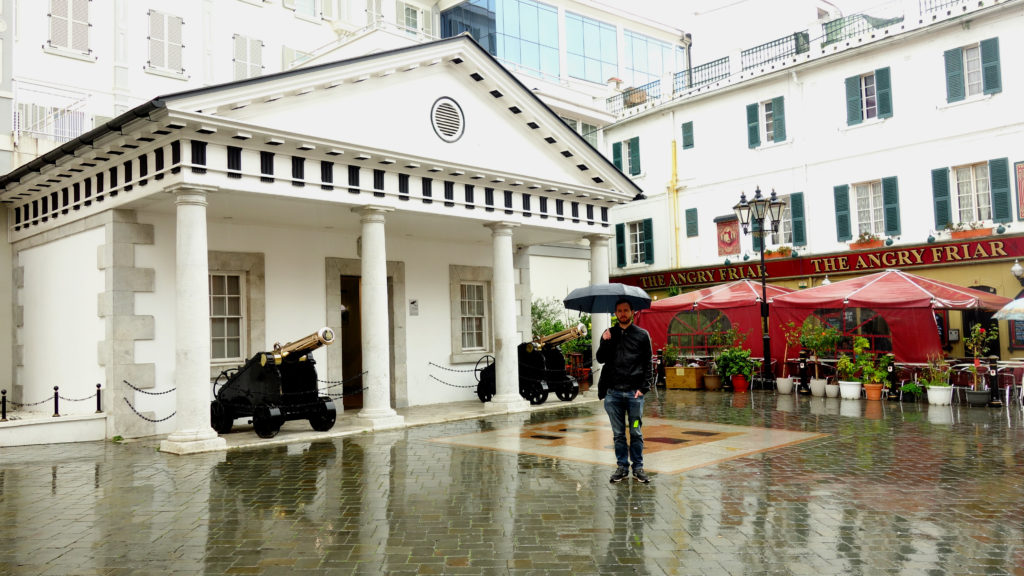 Back down after a interesting tour on the rock, we had a few hours exploring Gibraltar by ourselves. 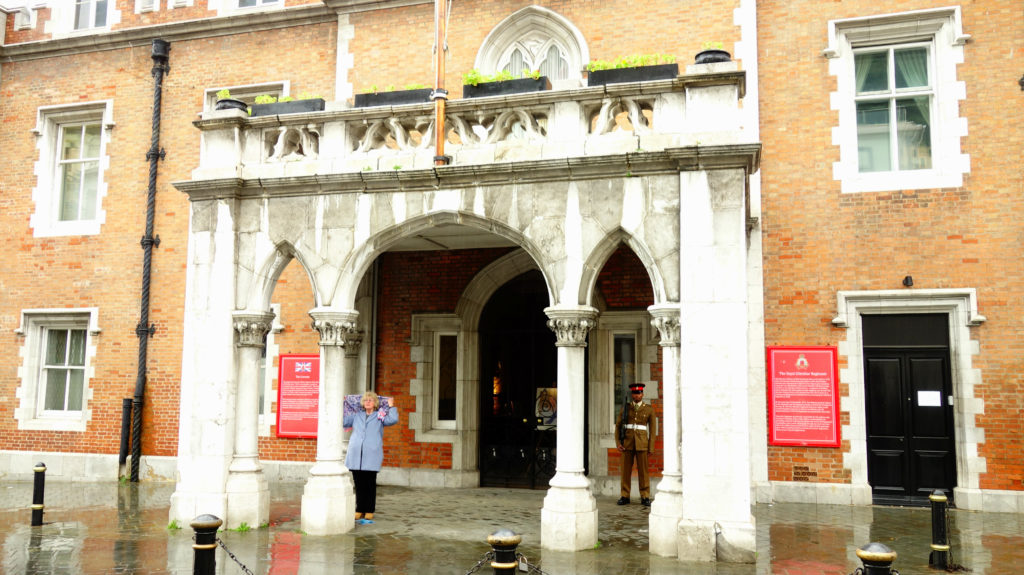 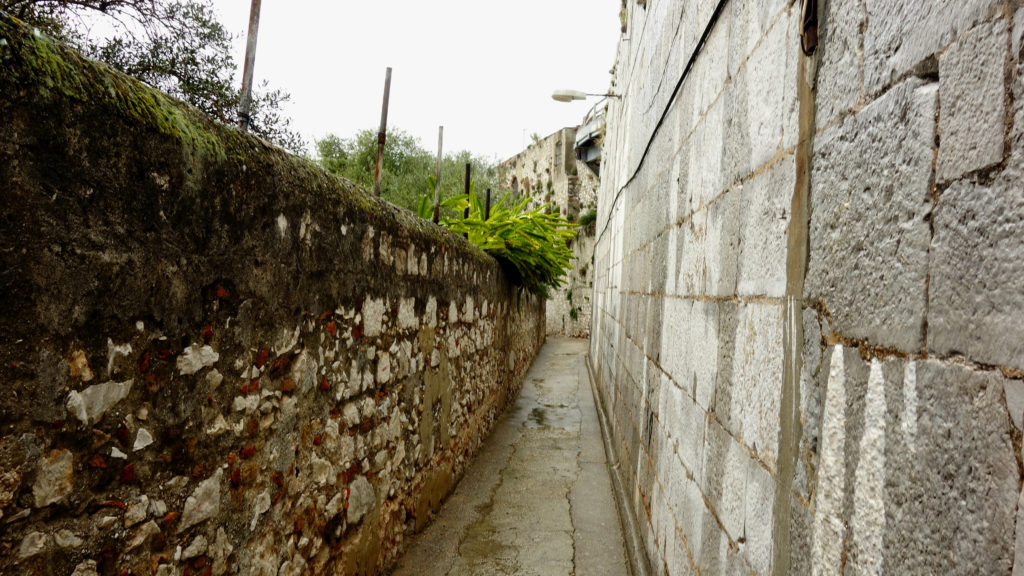 We went urban exploring on the North side of the Rock with the mission to get up to the Moorish castle. 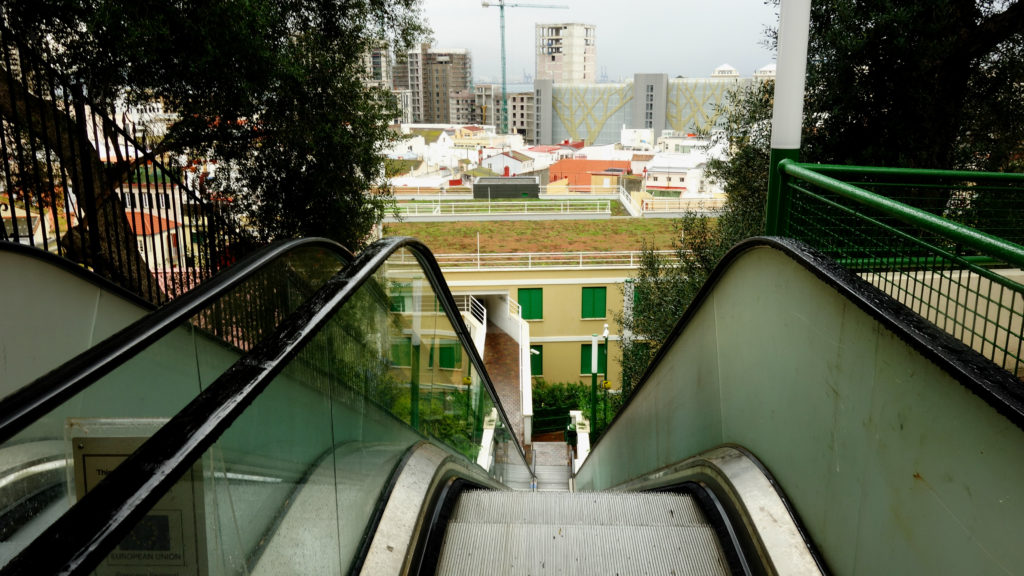 We found a very intersting placement of an escalator in the middle of nowhere. 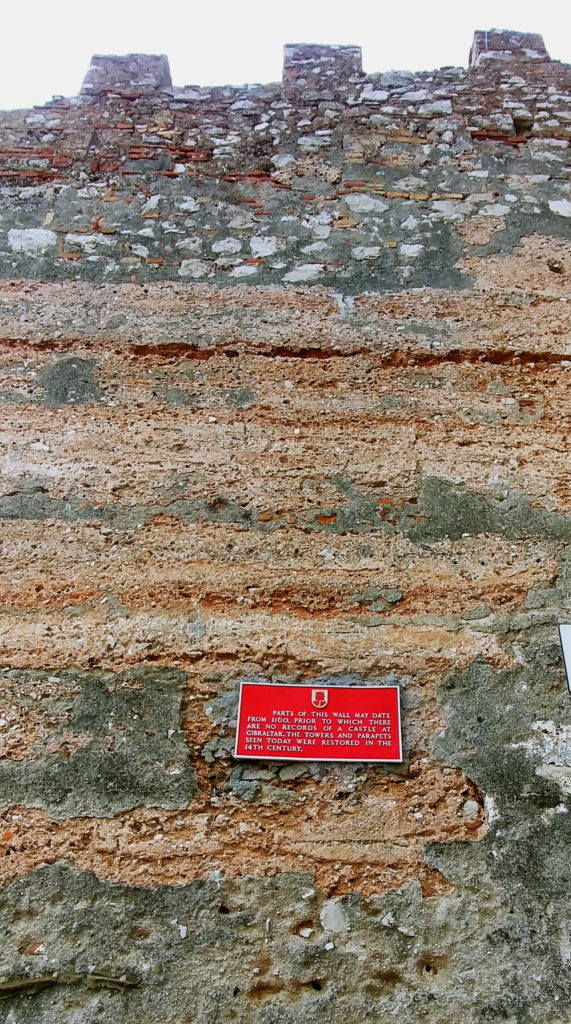 The Moorish occupation is by far the longest in Gibraltar’s recorded history. It lasted from 711 to 1309 during the first round and then again from 1350 to 1462. 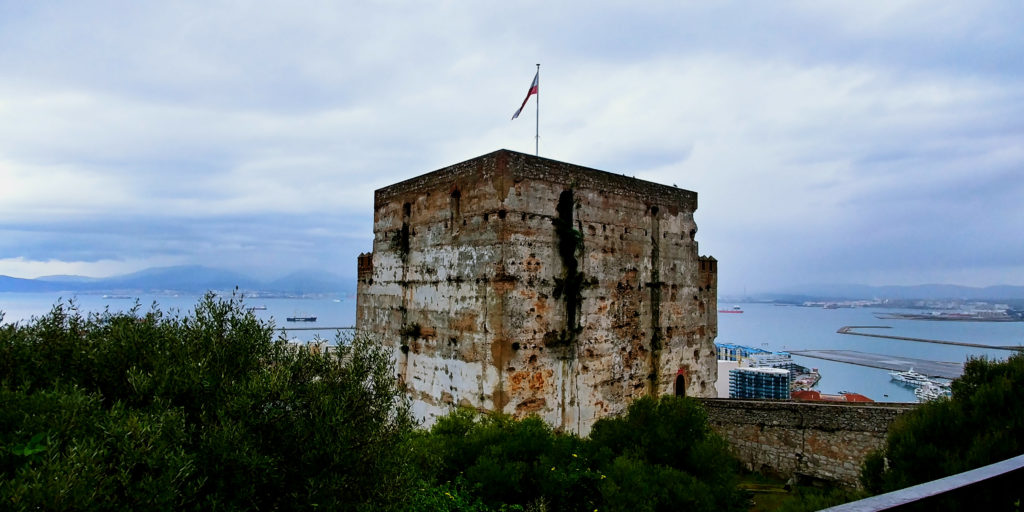 Moorish castle was built during the first occupation and it had an important part in the Muslim invasion of the Iberian Peninsula, which led to Islamic domination of the Iberian Peninsula for more than seven centuries.
The castle standing here today was rebuilt during the second Moorish occupation in the early 14th century, The first castle was almost completely destroyed after the re-occupation by Spanish forces from 1309 to 1333. 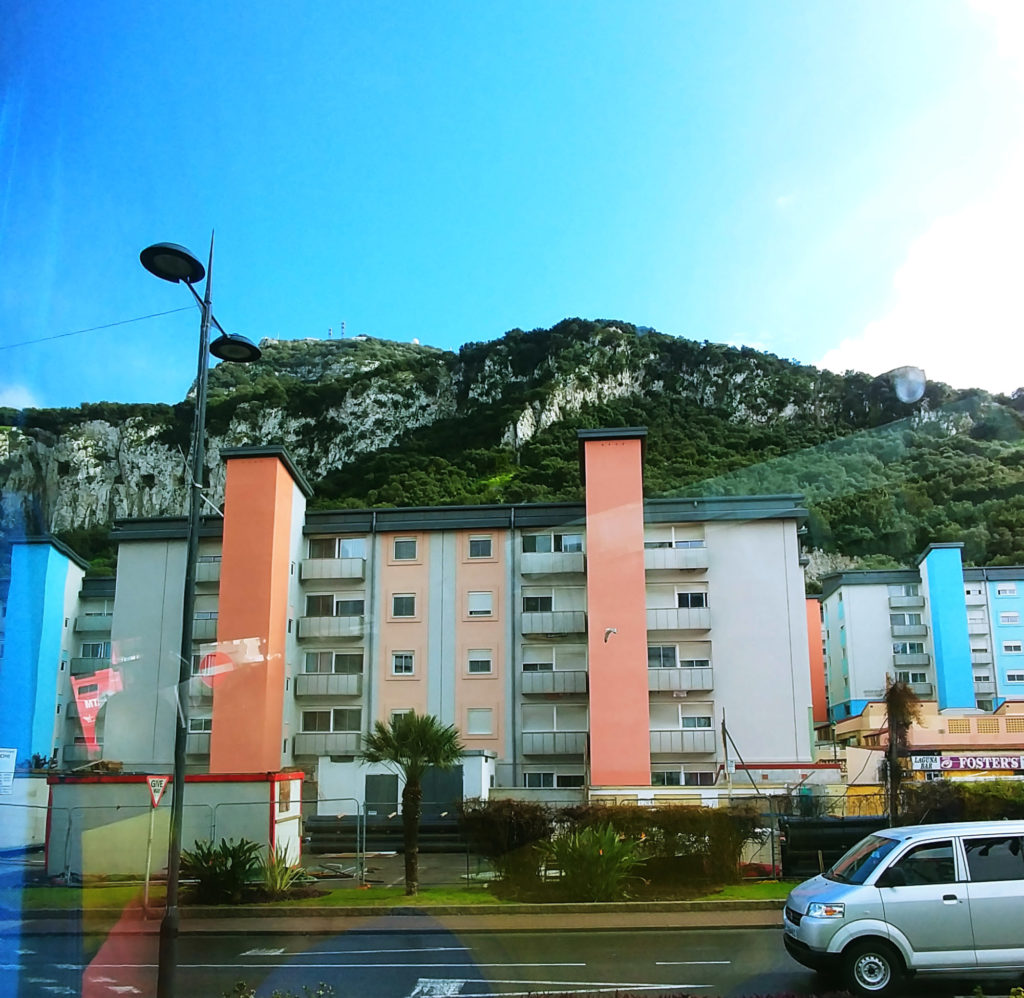 Then it was time for us to leave Gibraltar for this time and we left just in time for the sun to show itself. More pictures from Gibraltar can be found in the slideshow below. 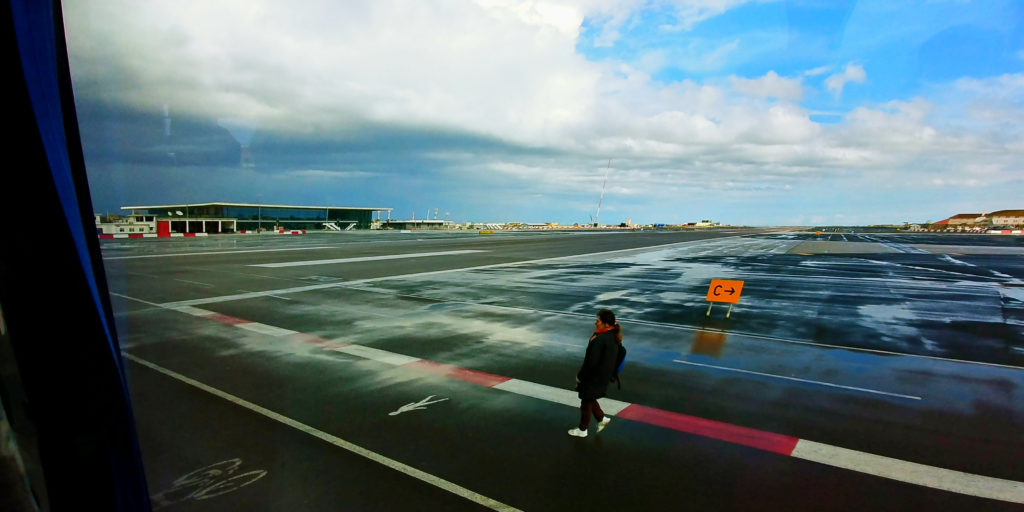 Gibraltar airport is the only airport in the world which has a main road crossing the runway. To get to Gibraltar from Spain, you simply have to drive or walk across the runway. 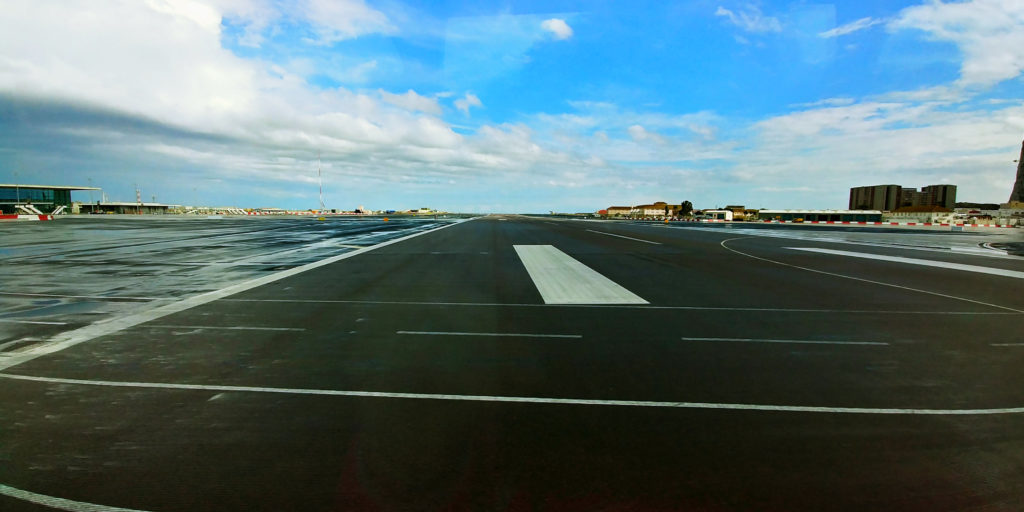 This is how it looks like crossing the runway while traveling on the north-south street, Winston Churchill Avenue. 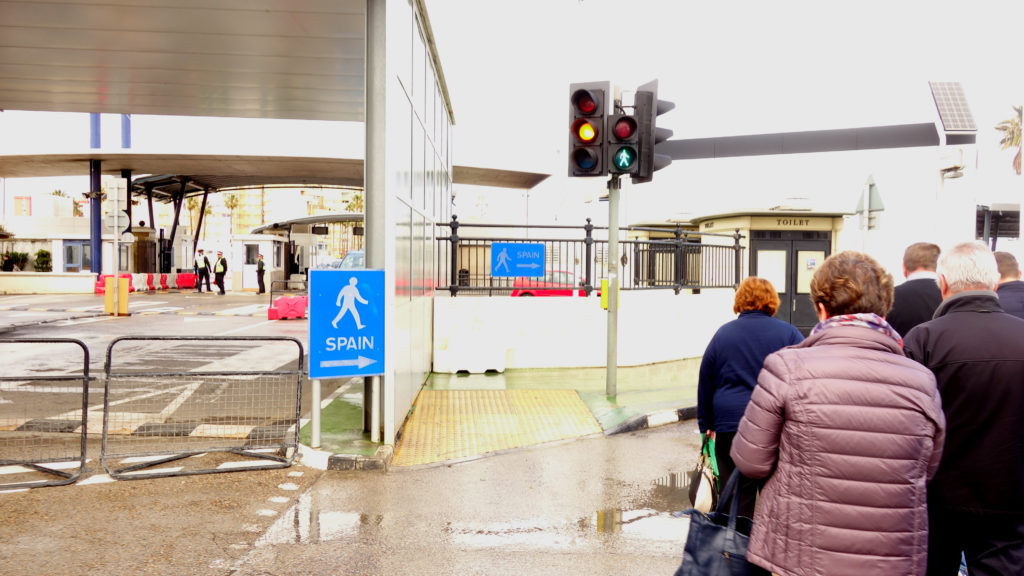 Back to Spain, just a border control between us and meeting up with family!