We spent the last two weeks of 2017 in Paphos,  a quiet city in the southwest of Cyprus. Here, you will breathe antiquity and you will stumble upon archaeological sites here and there around the city. It is also a place filled with British expats, mostly older people, that live here during the winter months. We had the holidays coming up, so we mostly enjoyed the calmness that laid over Paphos and we didn’t do much during the last two weeks of 2017. However, we did explore our vicinity on foot and of course we took our camera with us and we ended the year by going to the cinema. 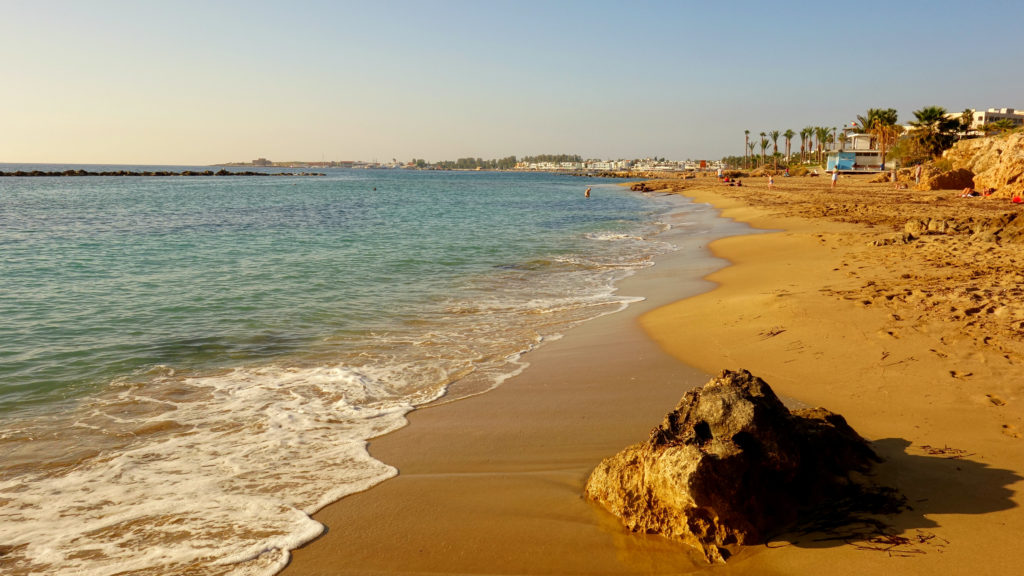 We decided to spend Christmas and New year’s eve here in Paphos. 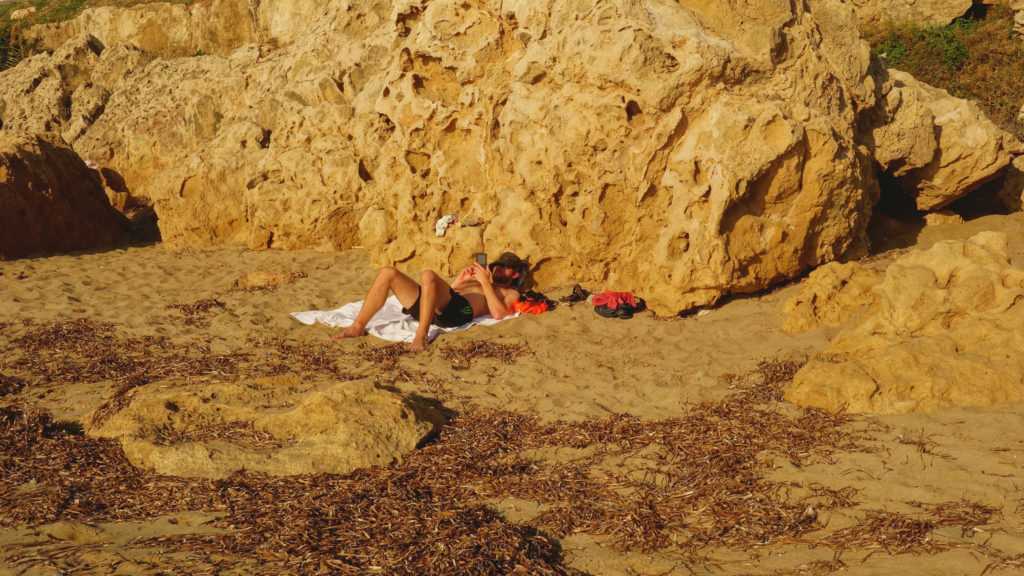 The weather was fantastic just before Christmas, so we decided to wait for Christmas on the beach.

Ulrika was the first one in! Temperature like a Swedish lake during the summer. 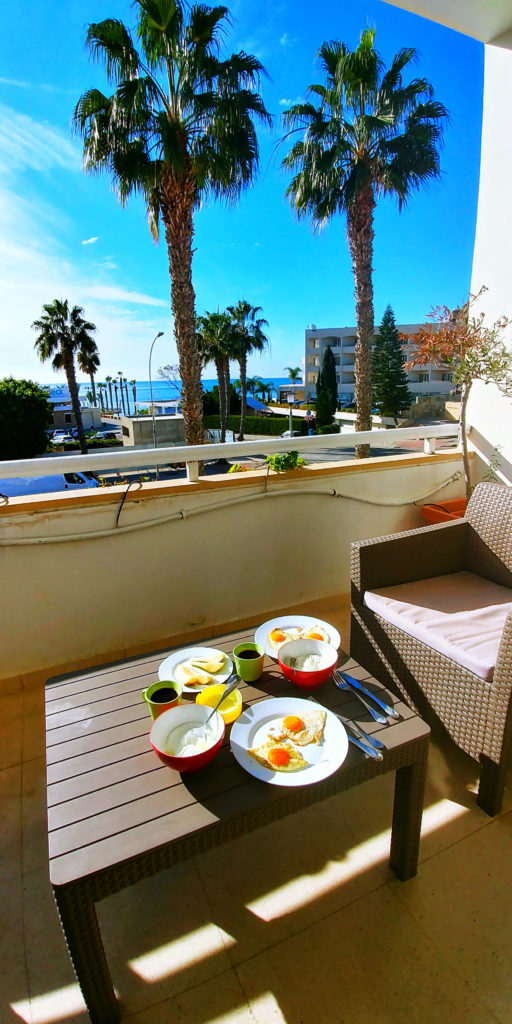 We also started with intermittent fasting so our breakfasts or brunches were enjoyed on our balcony. 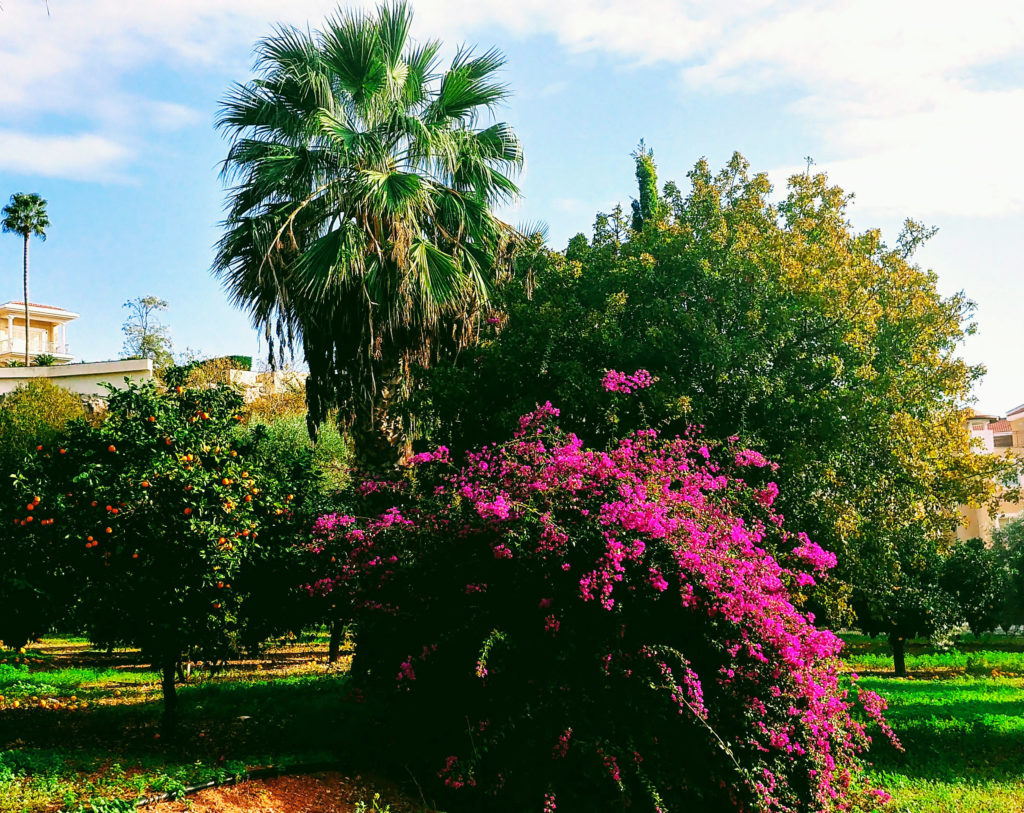 We also took long walks or runs to explore Paphos. 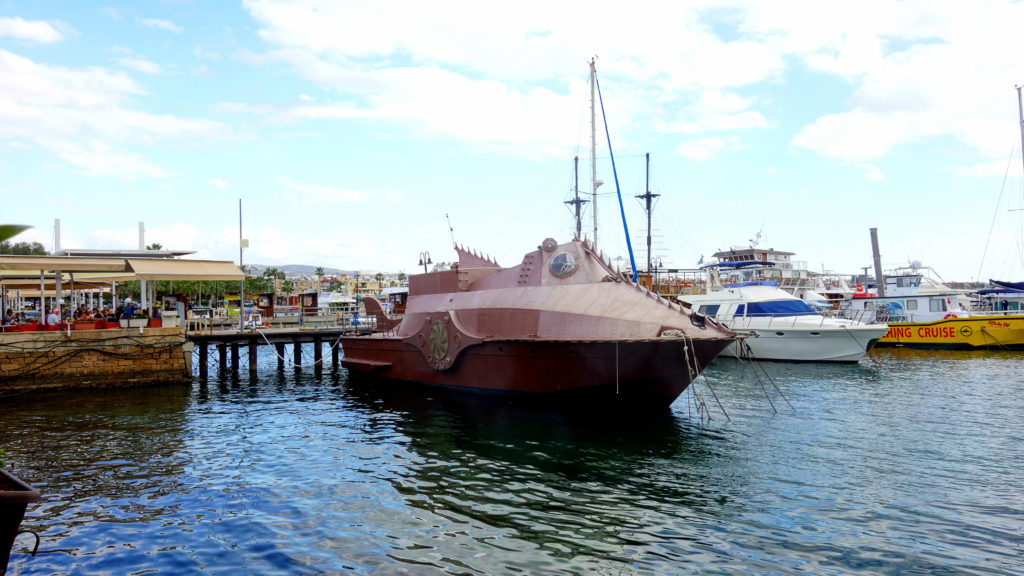 We found Nautilus anchored at the harbor of Paphos and we looked for captain Nemo, but we couldn’t find him. 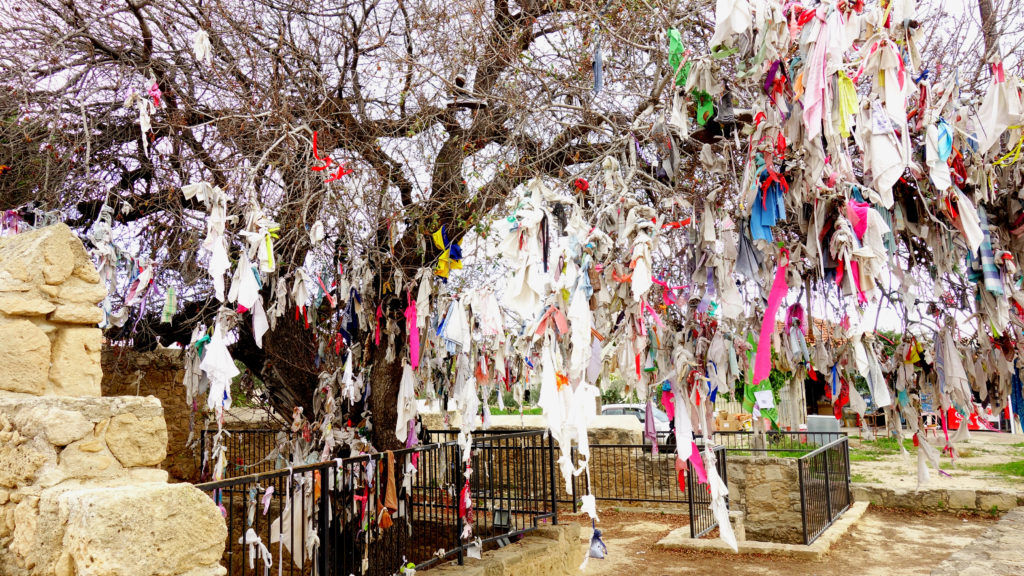 We found a peculiar tree in Paphos. Could either be an art installation or a mythical/religious thing. 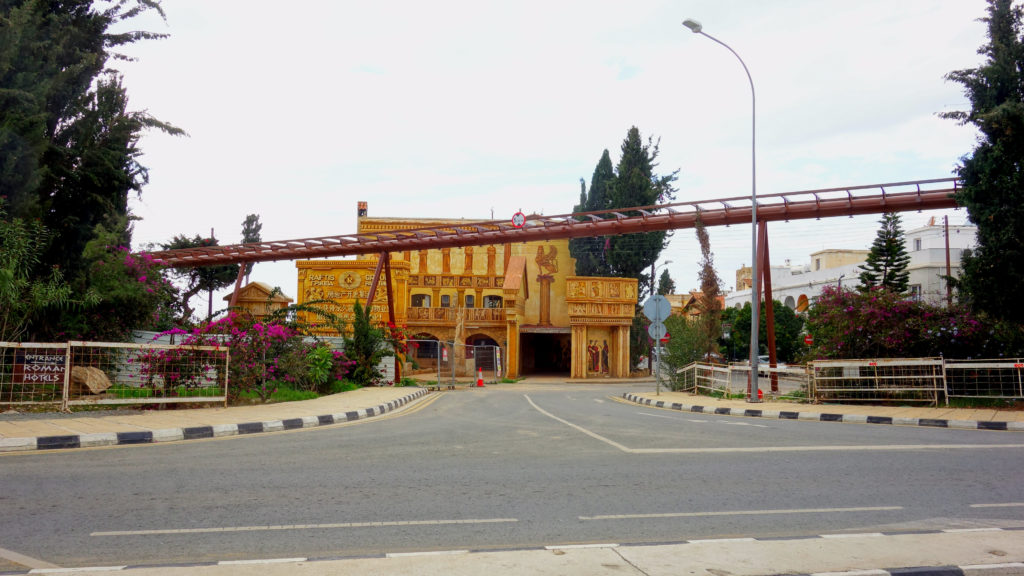 Paphos has even more peculiar things going in the city, We don’t know if they are building a roller coaster around archaeological sites or if this is a really advanced and huge art installation. 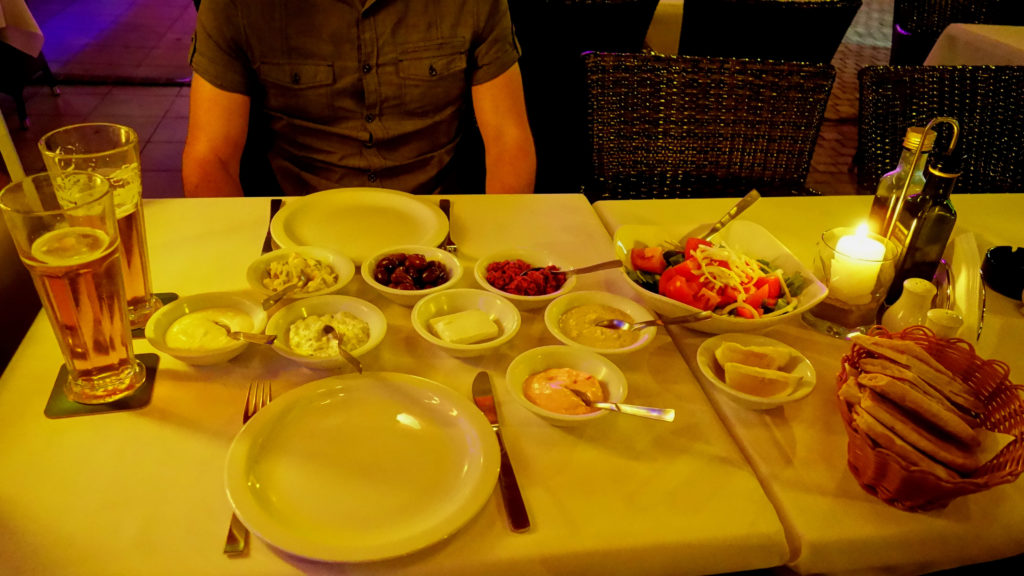 We tried a Cypriotic Meze platter, delicious local dishes with everything from vegetables to different meat dishes. This was just the first part of our night eating out. 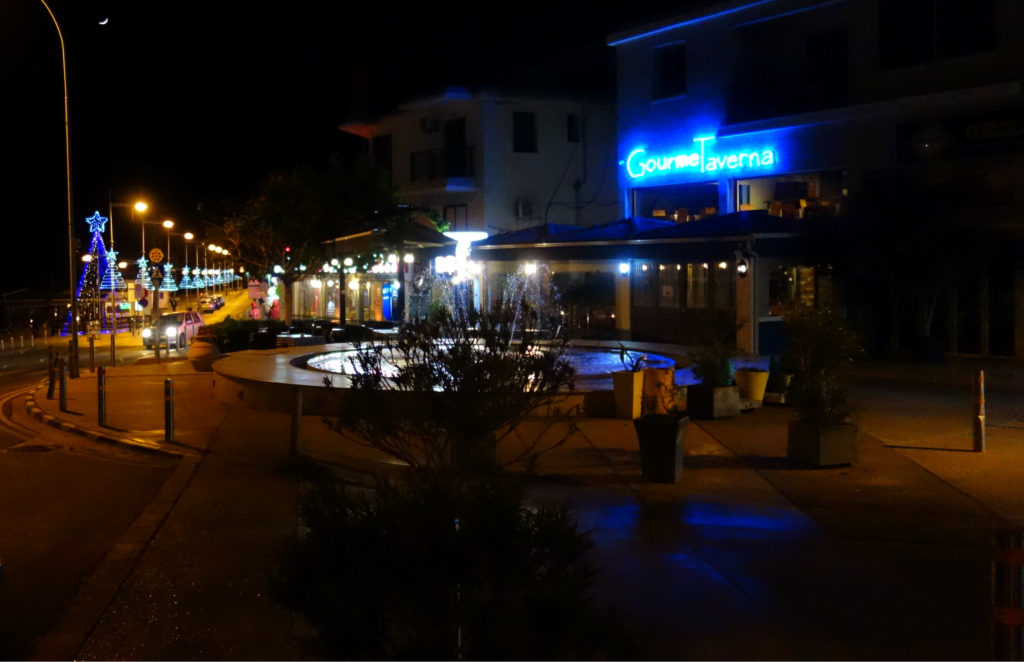 Paphos by night when the bigger night clubs are closed for the season. 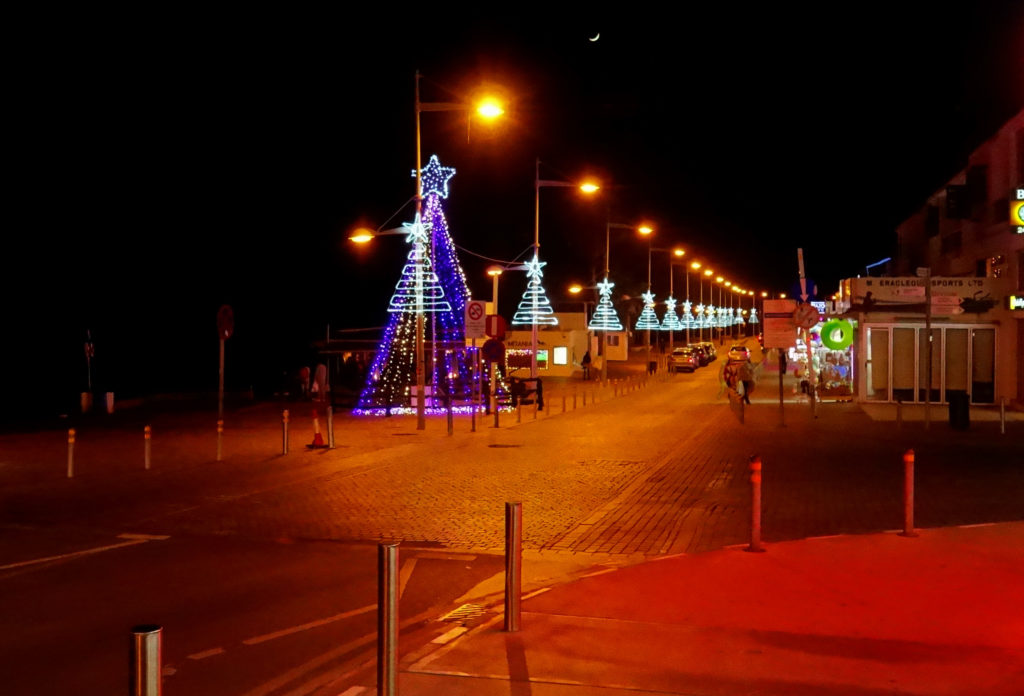 They had decorated the harbor for Christmas. 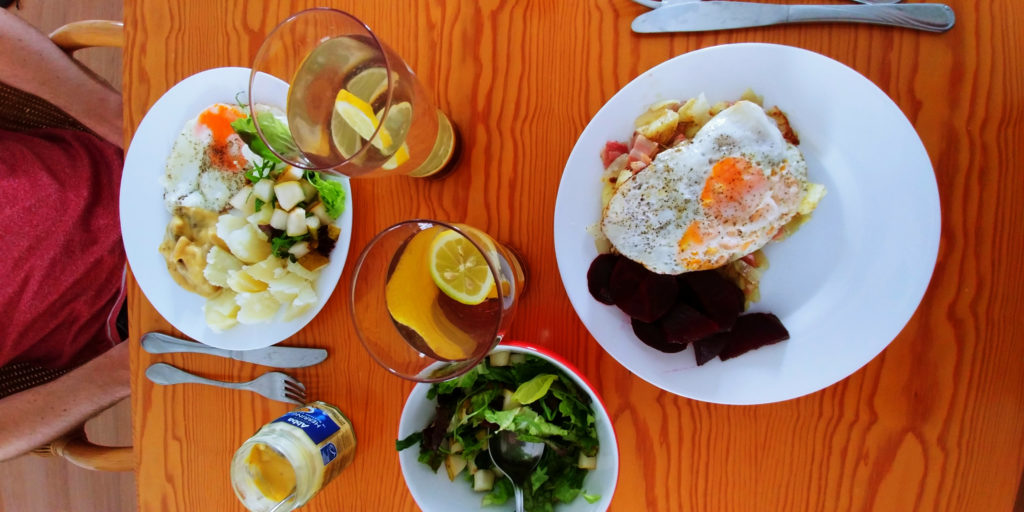 Our Christmas Eve, the day we celebrate Christmas, started with lunch, we had found Abbas Herring (Sill) in the local super market so Pontus got “Sillunch” for Christmas. 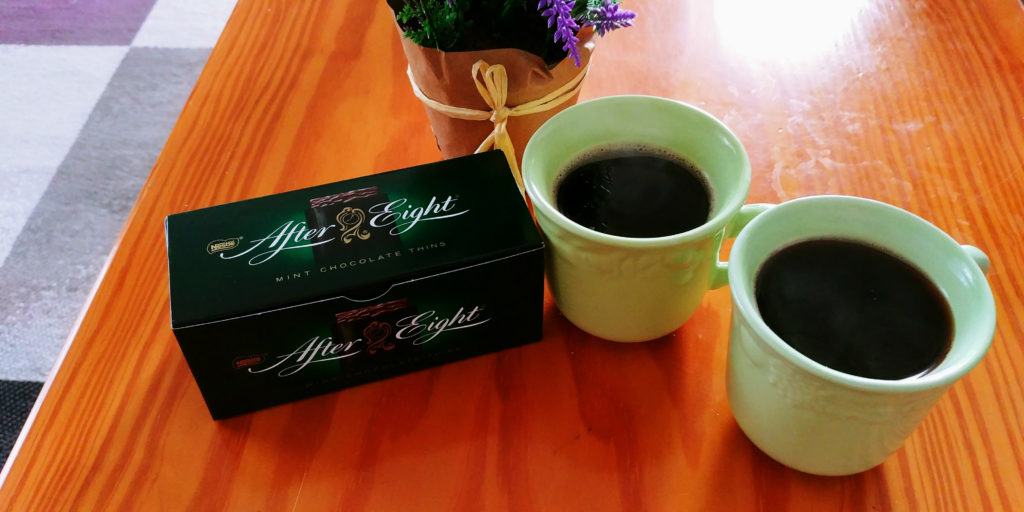 And After Eight-chocolate to our coffee. 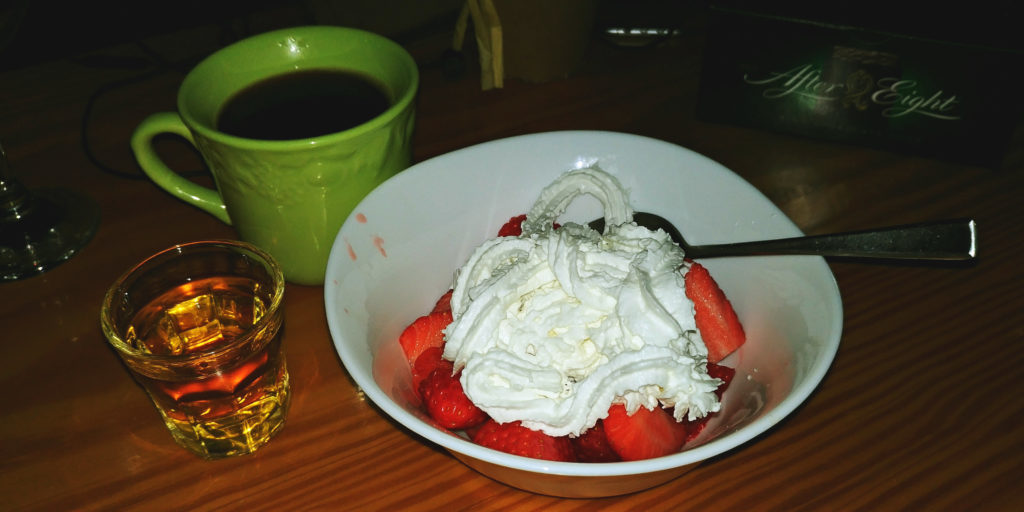 No traditional Donald Duck, but we found strawberries, so we had strawberry with ice cream for dessert after an Indian Chicken Madras dinner. Whisky and coffee ended our Christmas celebration this year. 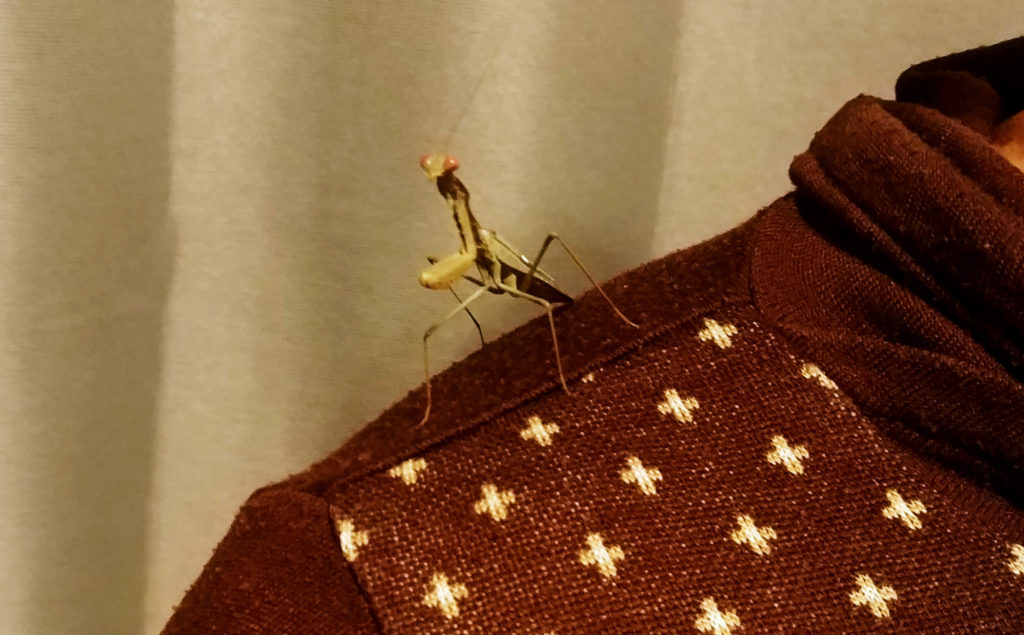 We did have Benjamin Syrsa (Jiminy Cricket) as a guest. He liked Pontus shoulder very much. 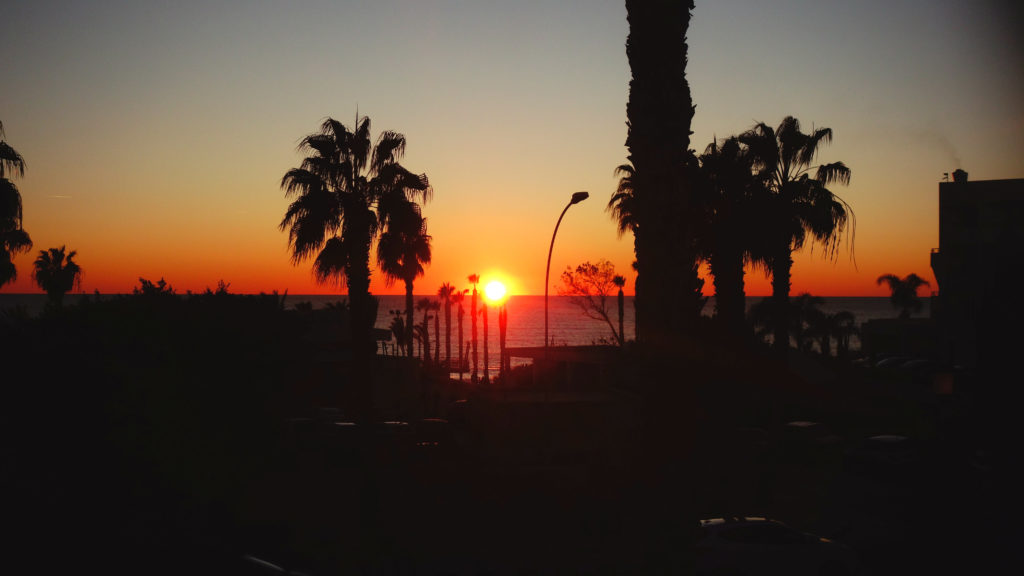 Christmas eve sunset from our balcony. 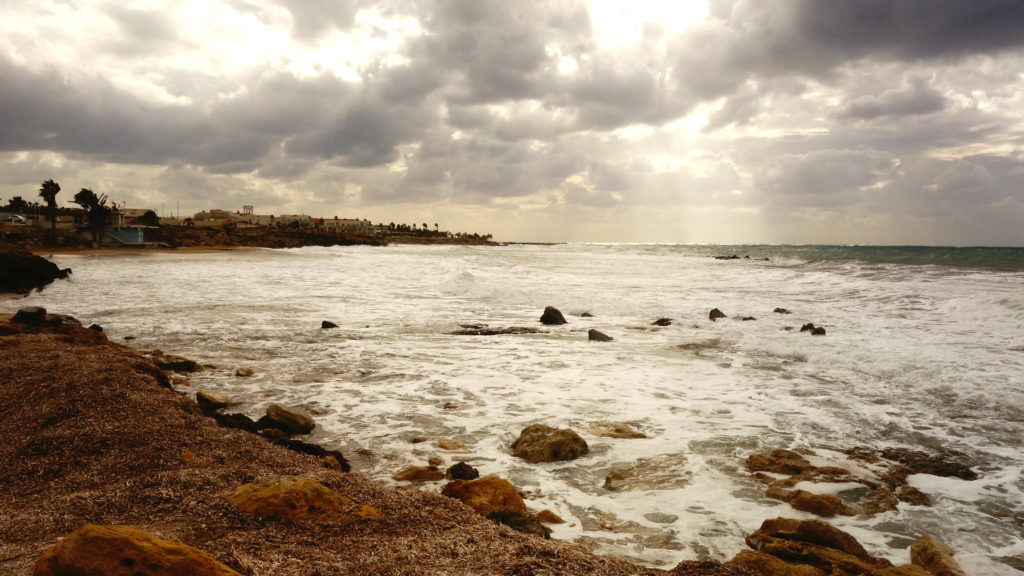 The weather got worse after Christmas. but it was nice just to take long walks and trying to capture mother nature in action. 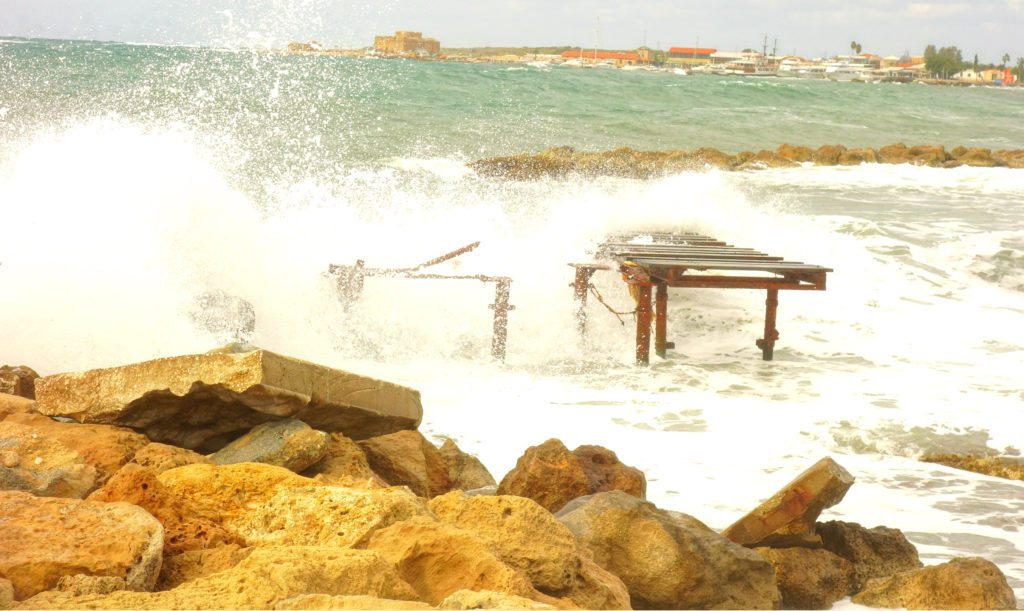 The waves got higher and it created a violent, but beautiful scenery. 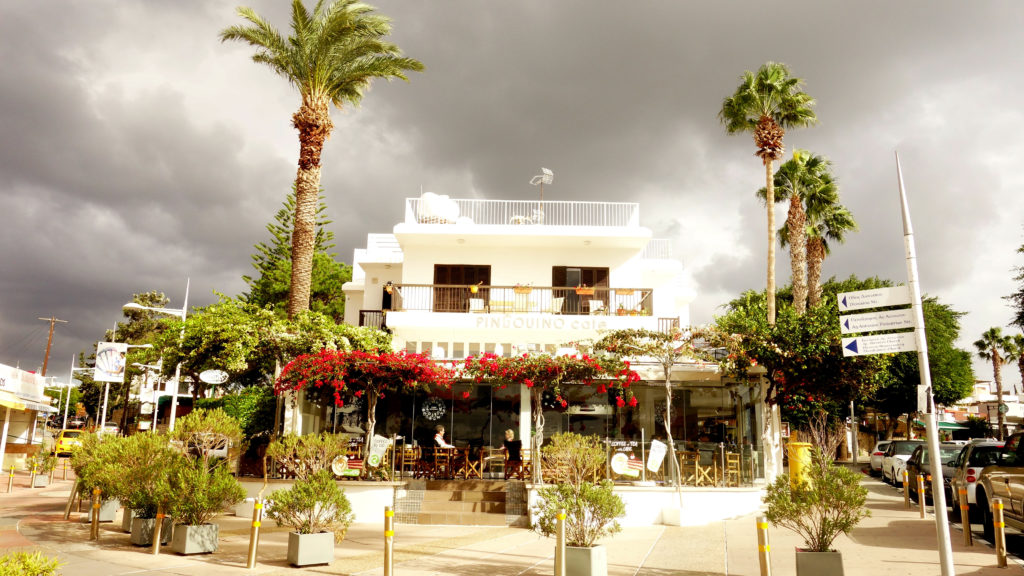 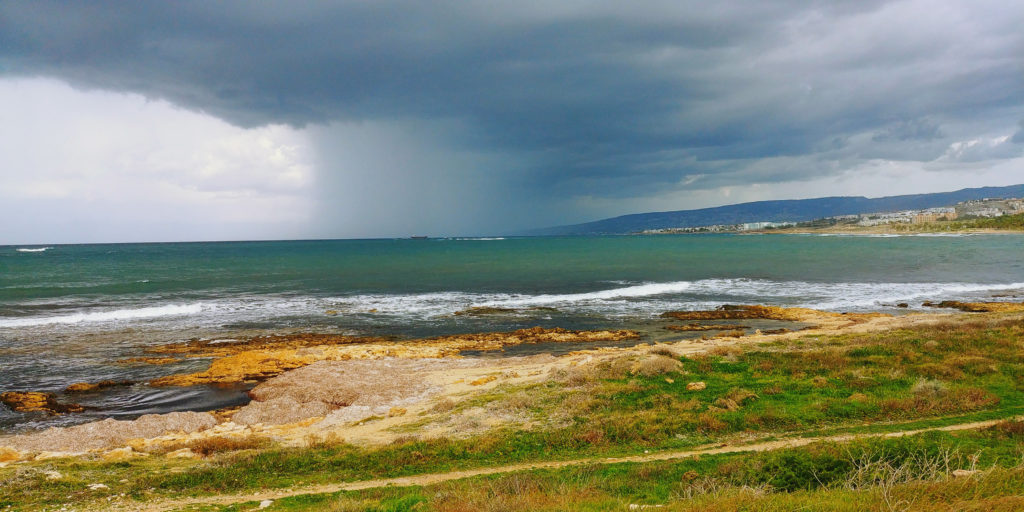 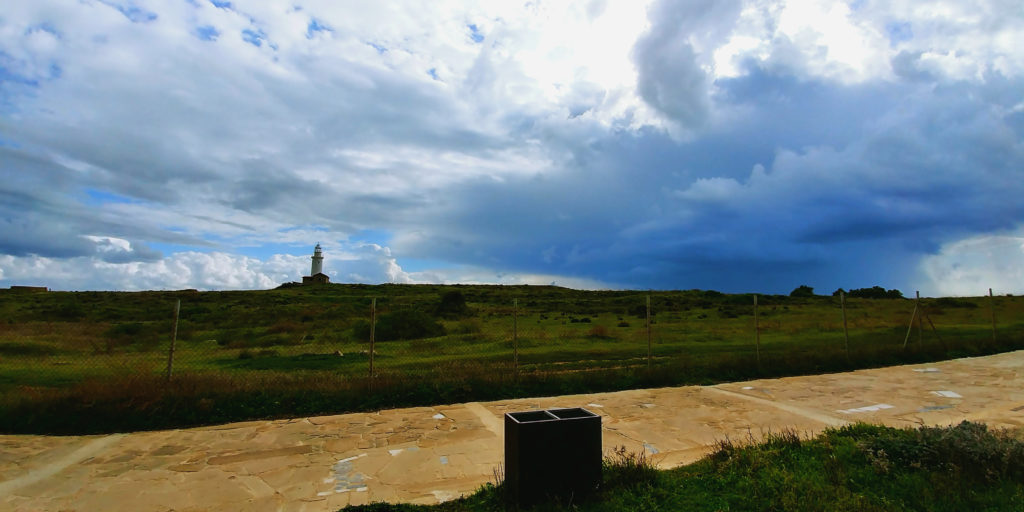 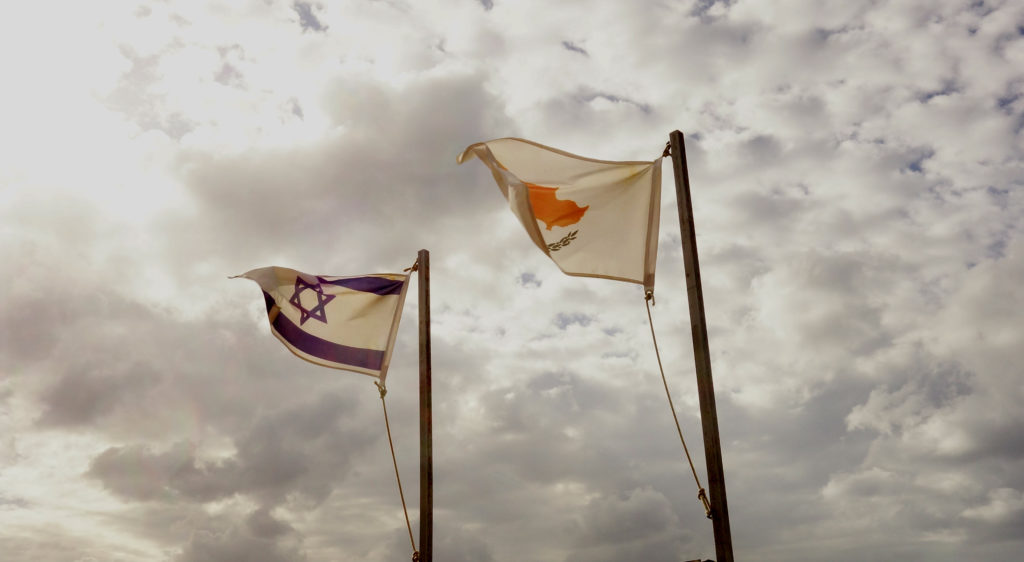 We’ve noticed that Cyprus is trying to be friends with as many countries as possible. There are a lot of Russian investors here, along with British and American personnel (military) that have set up private British and American Schools on this island. We haven’t seen any signs of China here, but we wouldn’t be surprised if they also are investing in Cyprus. 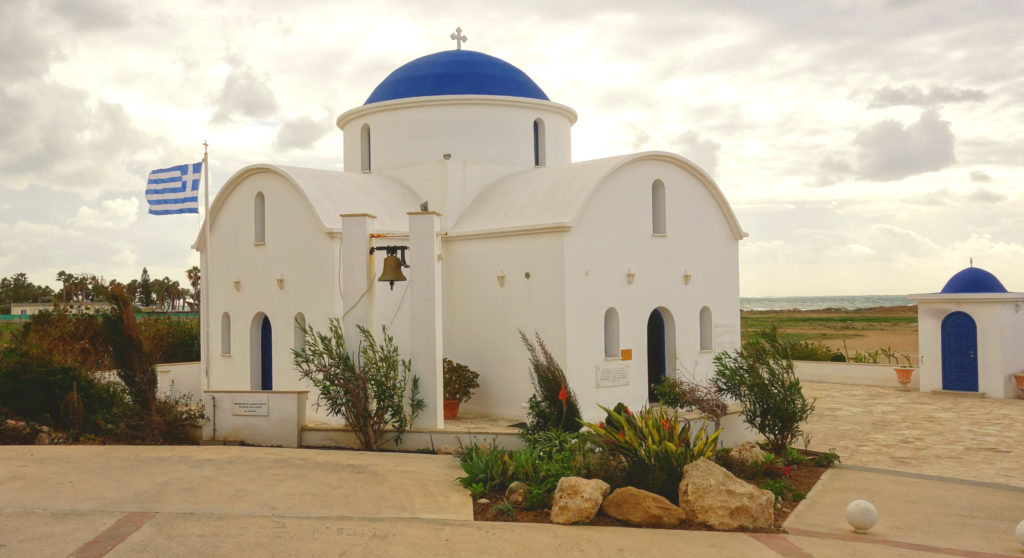 We walked over 10 kilometers this day and we didn’t get wet once, so our rain cloud-avoiding skill is still intact.

We went to see a movie during boxing week and we love countries that do not dub every English-speaking movie they have in their cinemas. We’ve been to the cinema in Jakarta and Bali (Indonesia,) and Acapulco (Mexico) and we didn’t have to be afraid of not understanding the movies, because they just put subtitles on the movies. 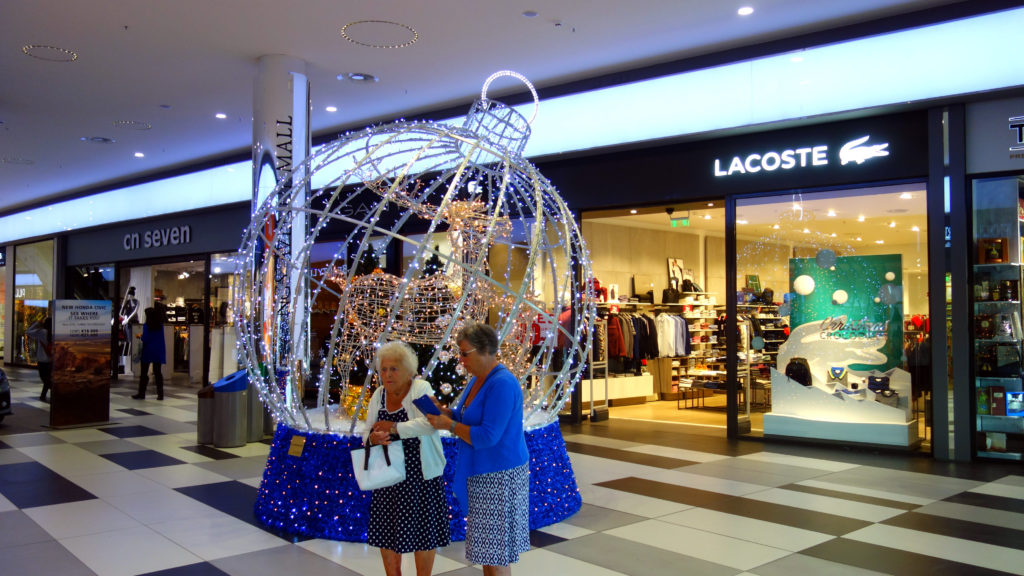 The cinema in Paphos was located inside a shopping mall.

We saw the latest Star Wars movie and we both liked it very much. 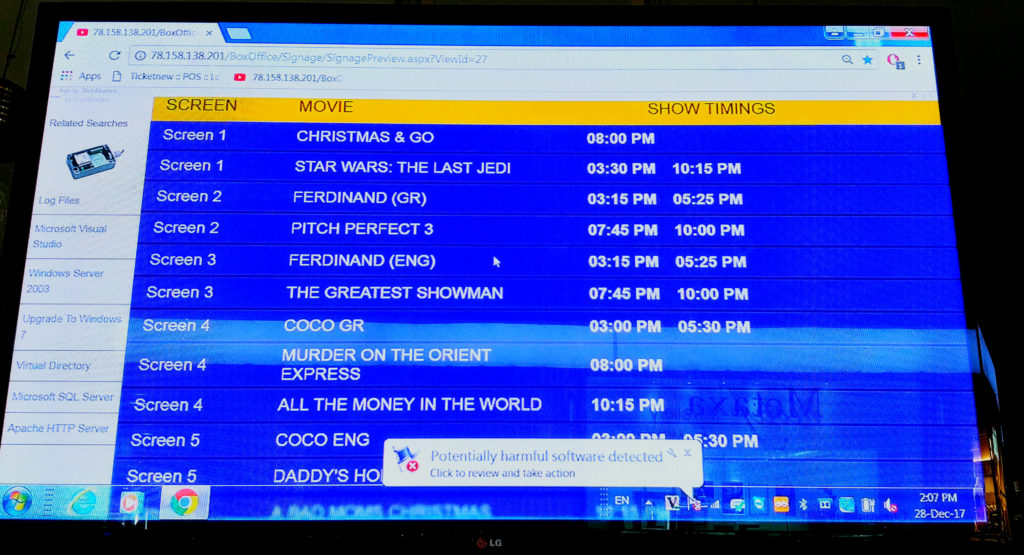 This happens if you run Windows on your computer, ” Potentially harmful software detected”. 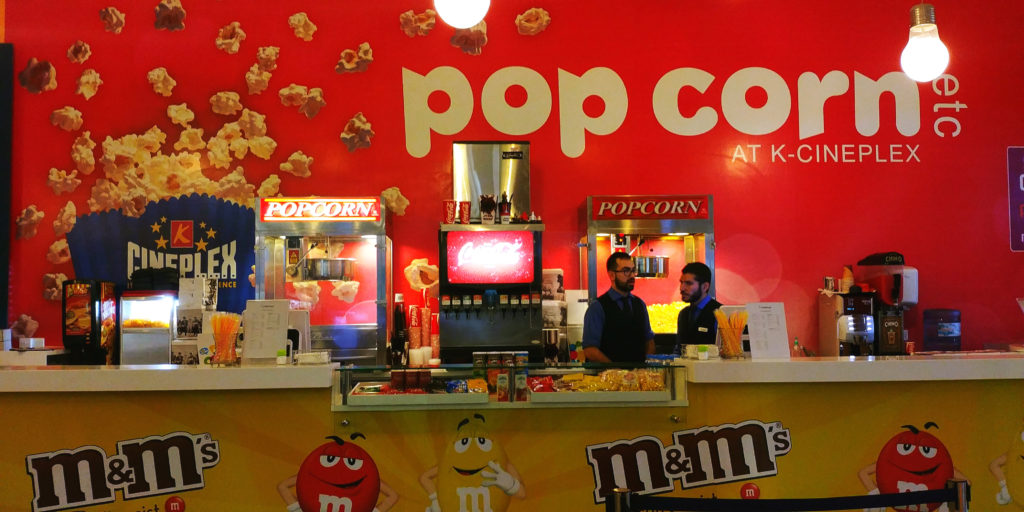 Pop corn is mandatory if we go to the cinema. 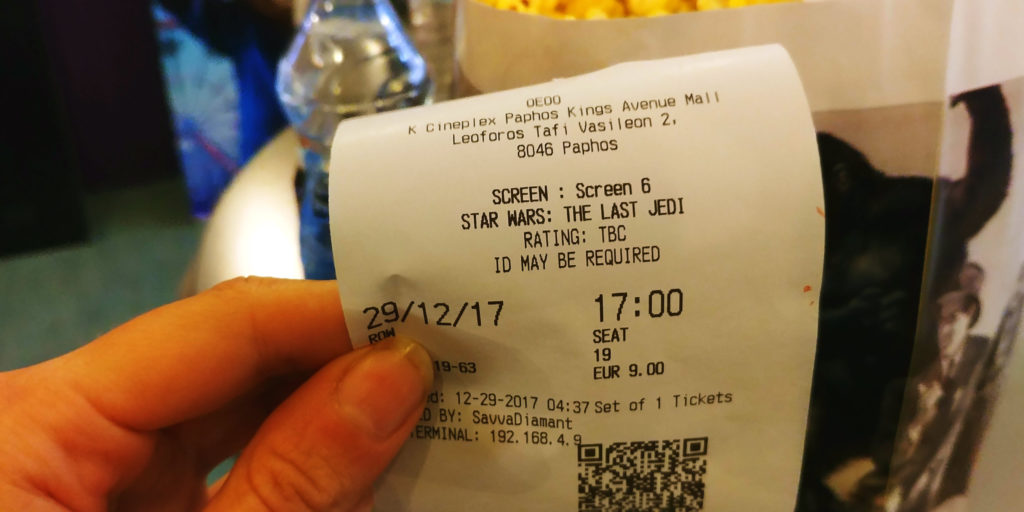 9 Euro to see a movie here on Cyprus, half price compared to Sweden and twice as expensive compared to Indonesia. 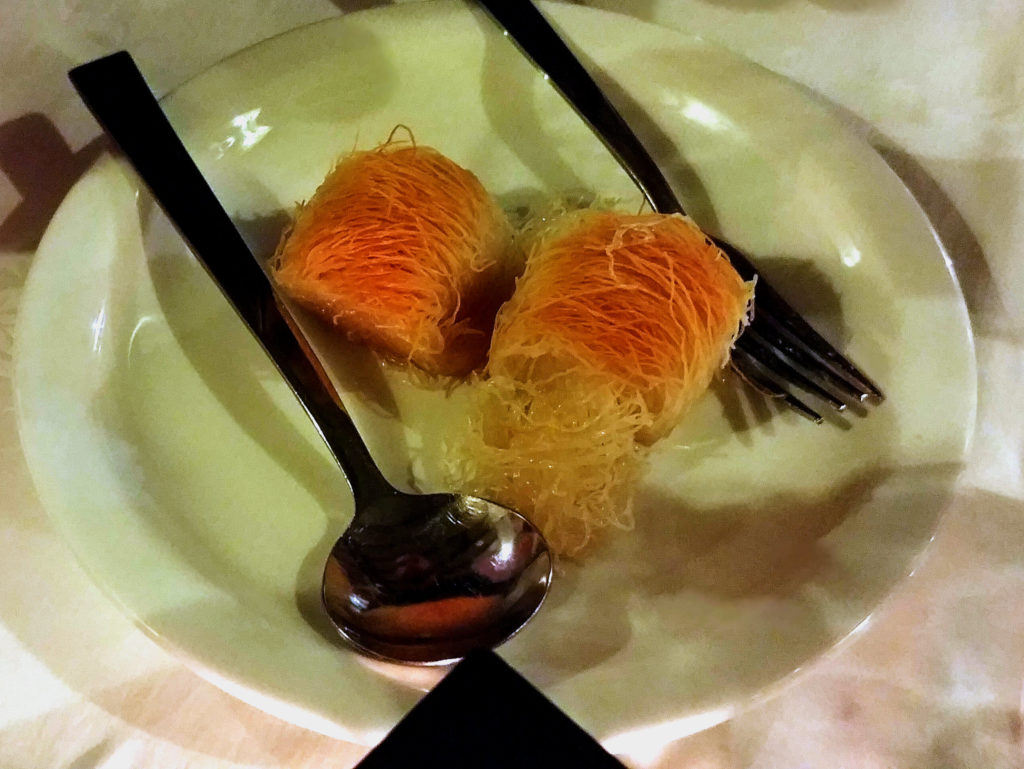 Then it was time to welcome 2018 and we spent the last evening of the year 2017 eating a three-course dinner at our favorite place in Paphos ending with a Cypriotic dessert we don’t know the name of, but it tasted like Baklava with rose water.