Visiting Madam Tussauds was not in our plan for Istanbul, but we just happened to stumble upon the entrance and there was not so much people there, so we decided to walk inside and see what all the fuzz was about. We have to say that we really enjoyed the visit and it was a lot of characters that you were allowed to interact with. Then it was time to leave Turkey for Croatia and visit a long time friend that has recently relocated to this beautiful country. 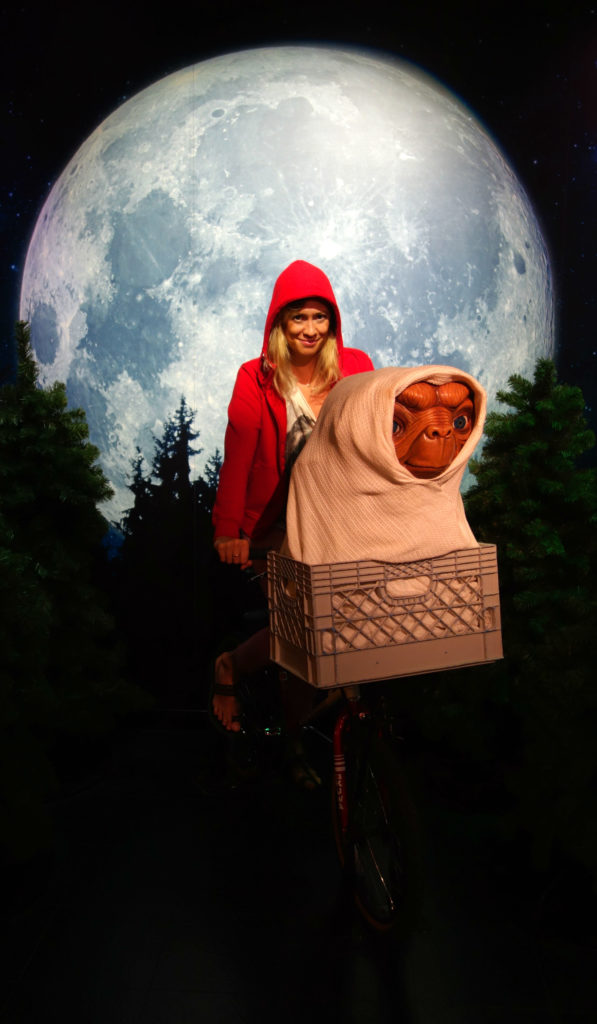 We got a surprise seeing Madam Tussauds here in Istanbul. There was no queue and the entrance fee was only 50 TRY, so we went inside and got to meet E.T! 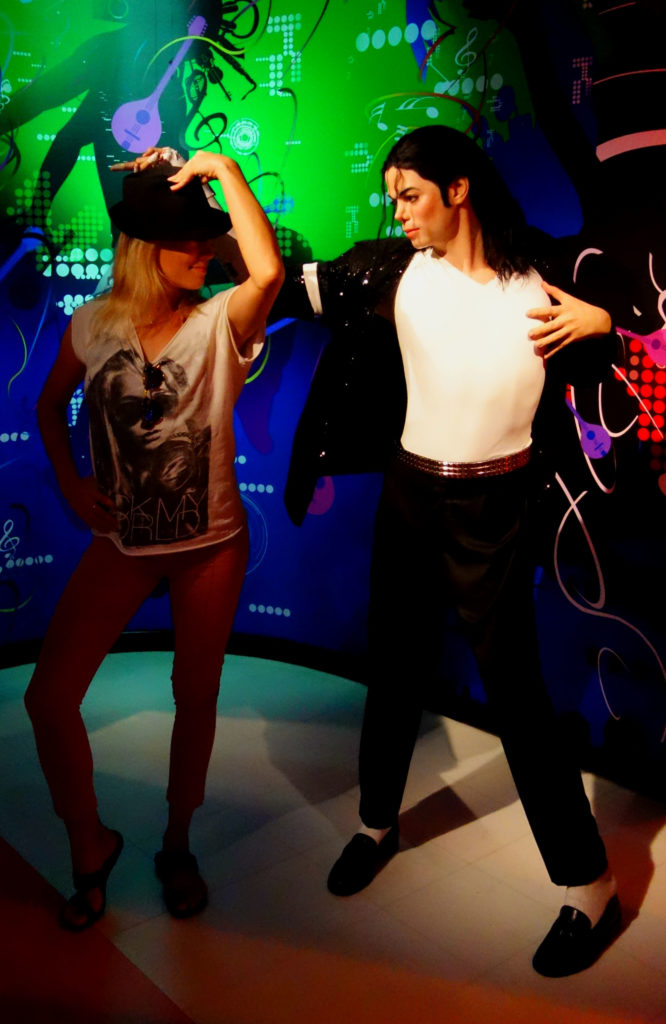 There was wax figures of both International stars, like Michael Jackson, and Turkish famous people. 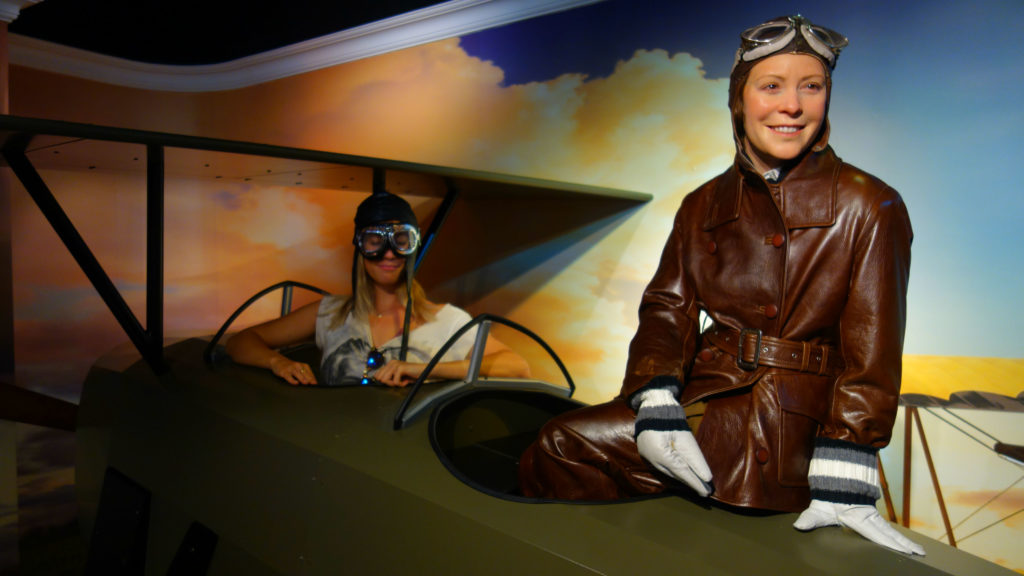 Here is Ulrika with Sabiha Gökçen (born in 1913), who is a Turkish female aviator and the world’s first female fighter pilot. The airport we landed on has been named after her. 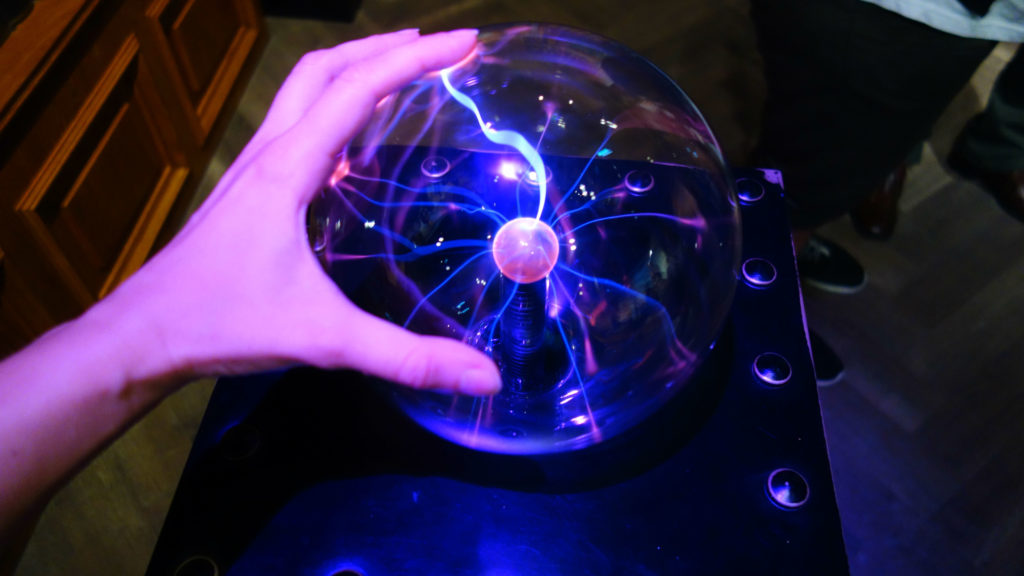 There was also a room for famous scientists and technology innovators 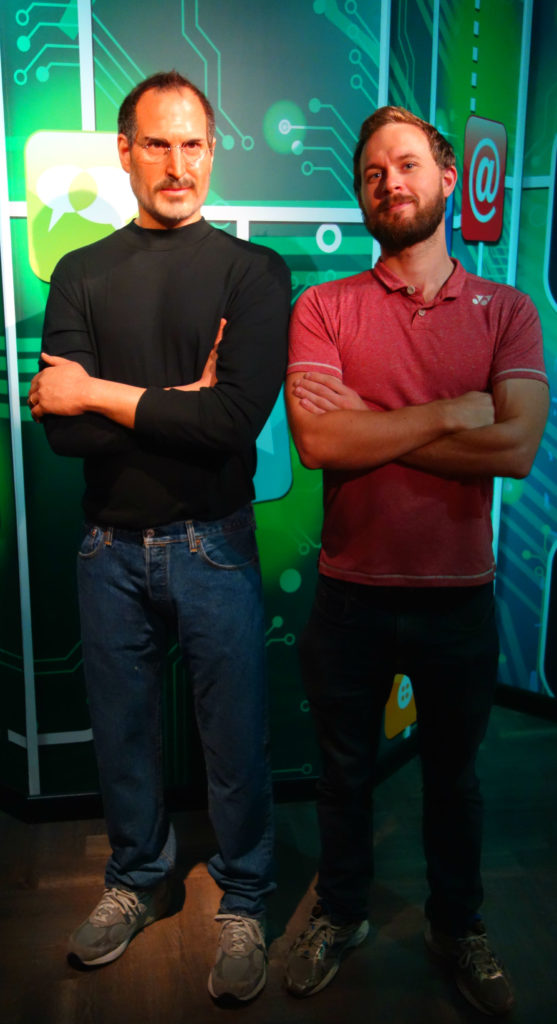 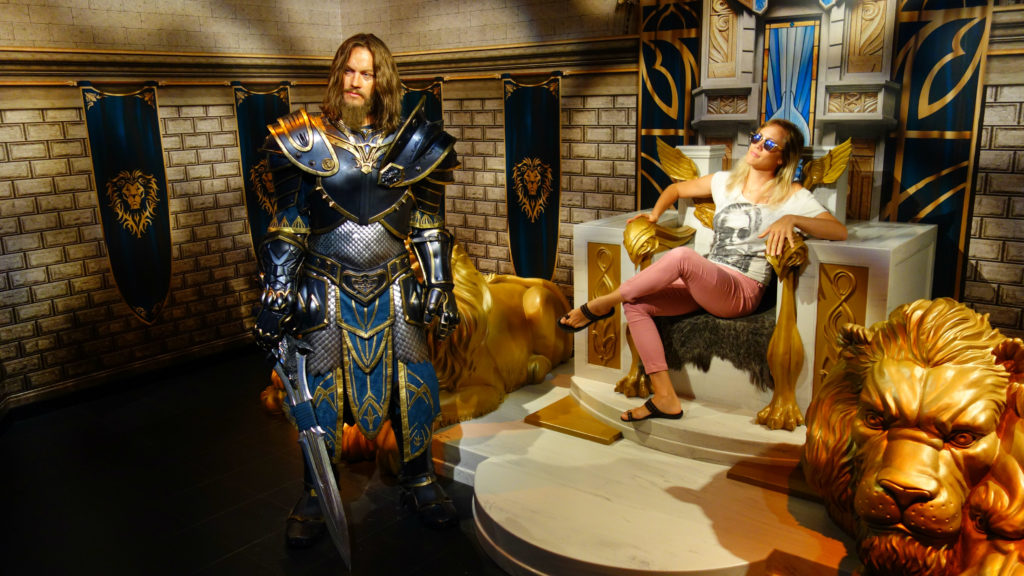 And a setting from World of Warcraft. They also had a number of different actors and singers as wax figures, which you can see in our video from Madam Tussauds below. 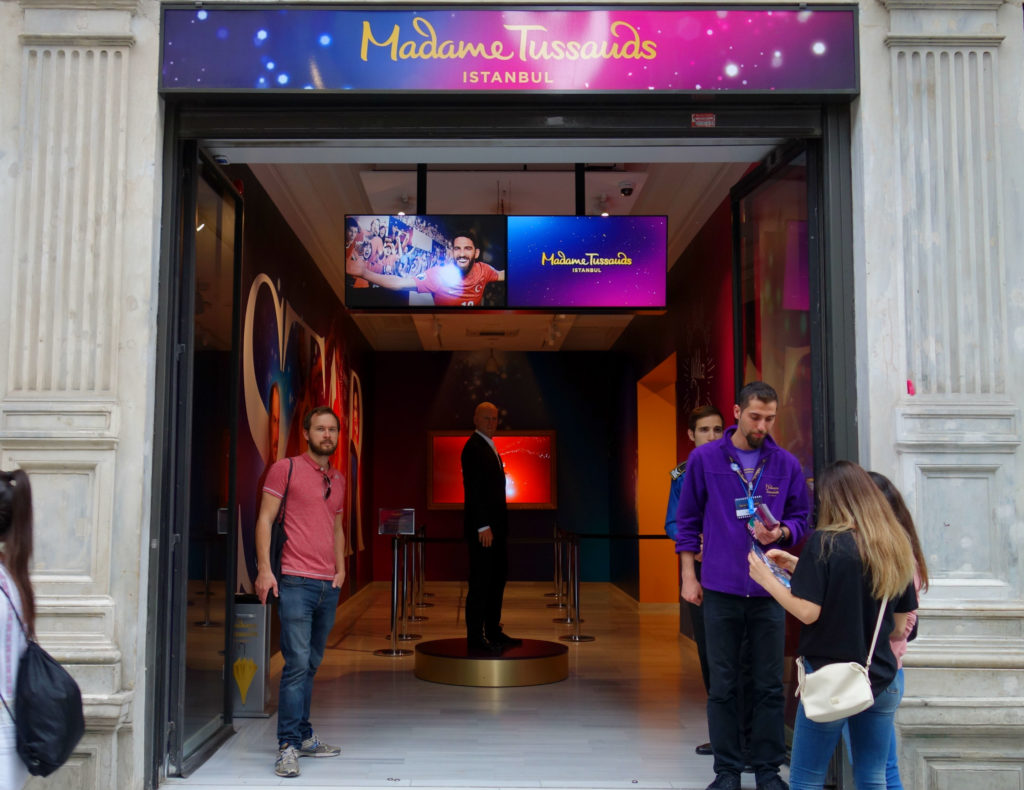 The entrance to Madam Tussauds is on the shopping streets near Taksim square, so we found it just by chance, walking down the street. 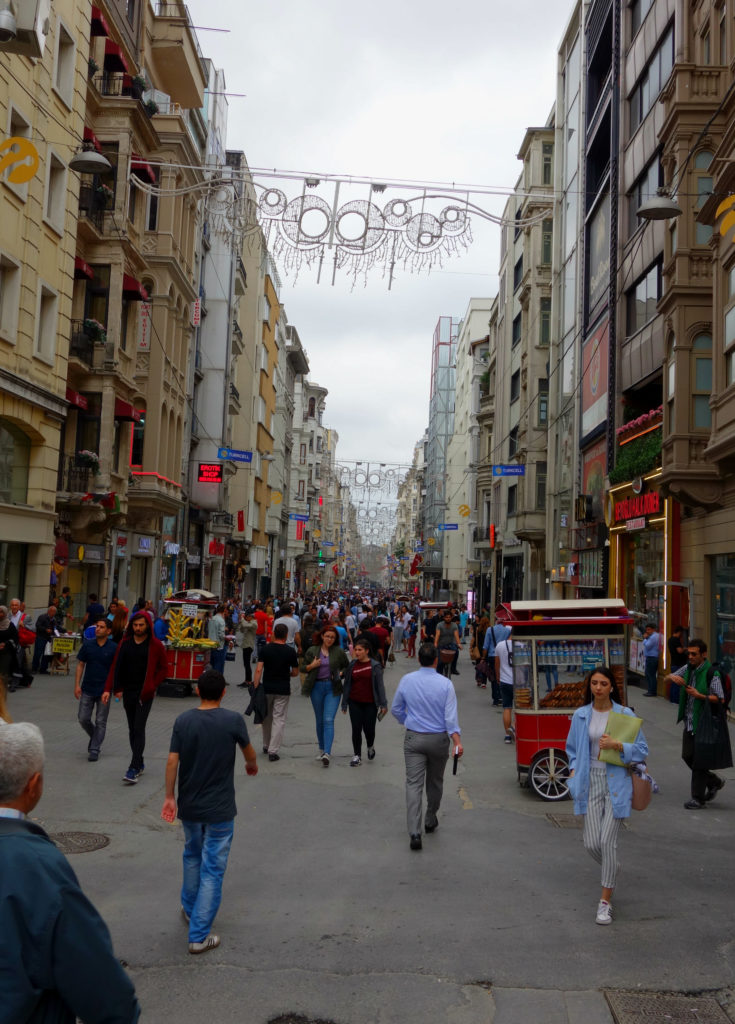 The shopping street in Istanbul. Not so crowded right now. 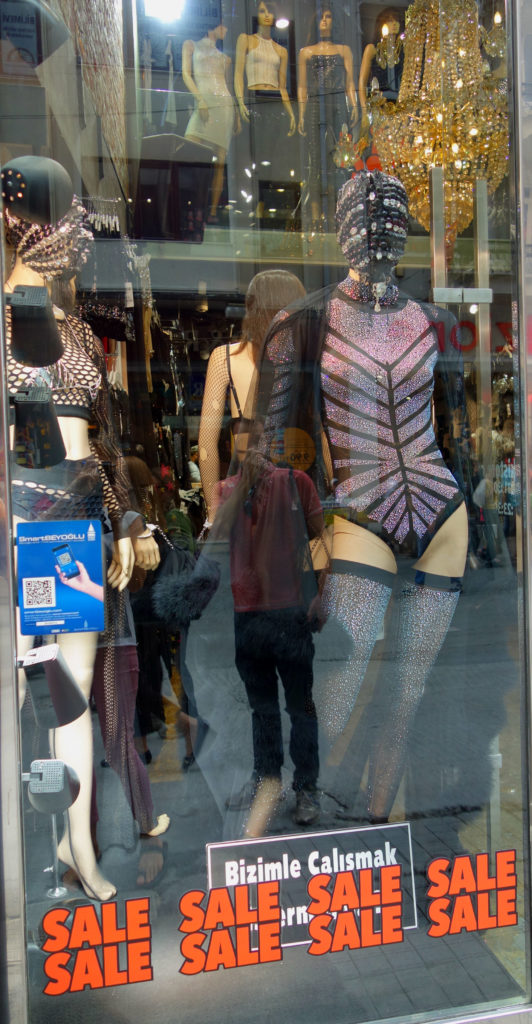 We found a number of interesting shops on our walk there. 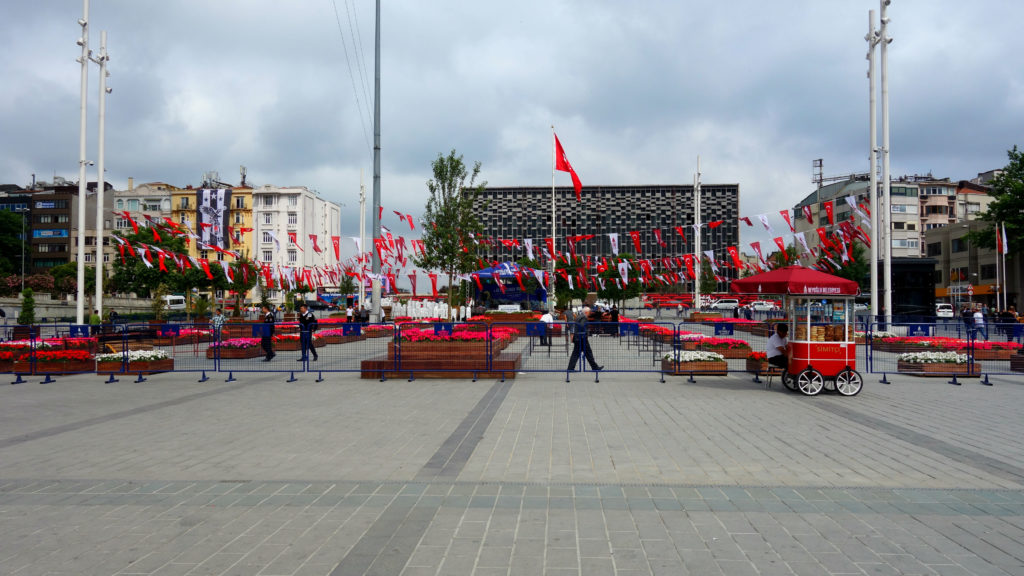 We also visited the famous Taksim Square, while being in this part of Istanbul. 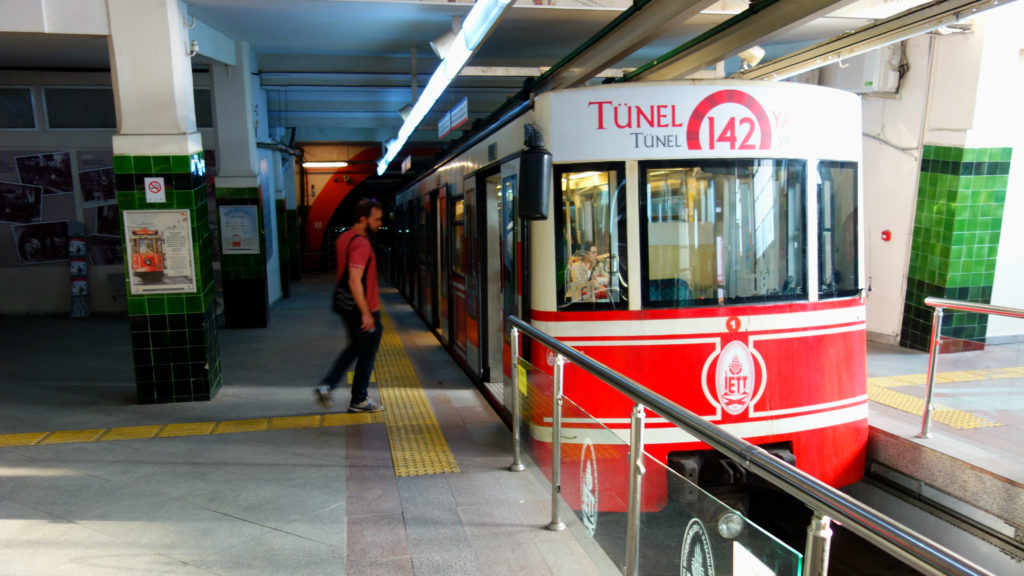 And went through The Tünel, the world’s second oldest subterranean urban rail line according to Wikipedia. It is 573 meters long connecting Karaköy and Beyoğlu, and it’s a regular fare on the Istanbulkart to go with it. 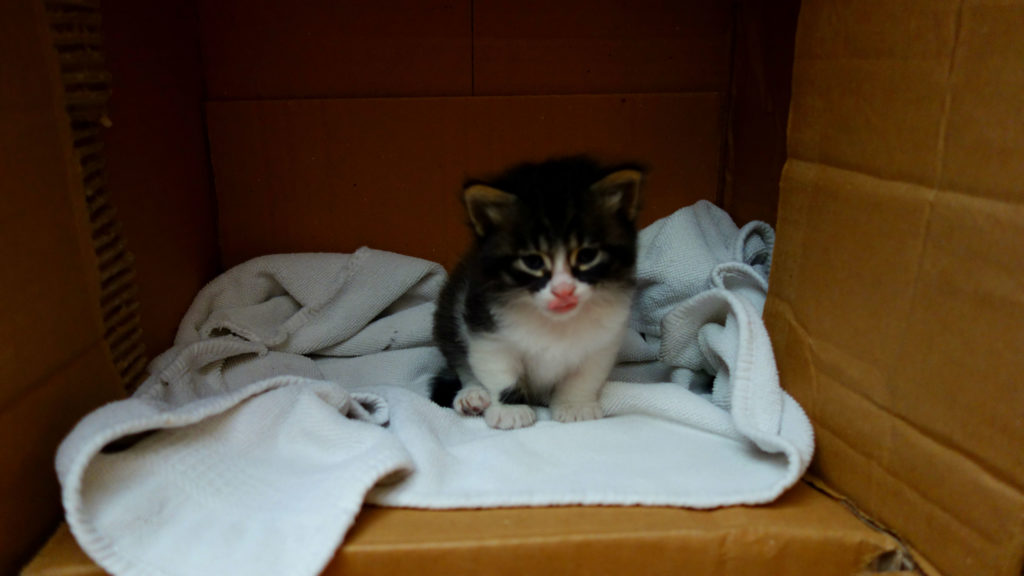 Then it was time for us to leave Istanbul for this time and say goodbye to our new buddy Pina. She was an abandoned kitten, found in our hotel, when she was really young, she had barely opened her eyes. The Owner at Family Istanbul Hotel, Ayvaz, took care of her and she is now part of his hotel. We loved staying at Family Istanbul Hotel near Hagia Sofia and the Blue Mosque, and we can highly recommend staying there for anyone who comes to visit Istanbul.